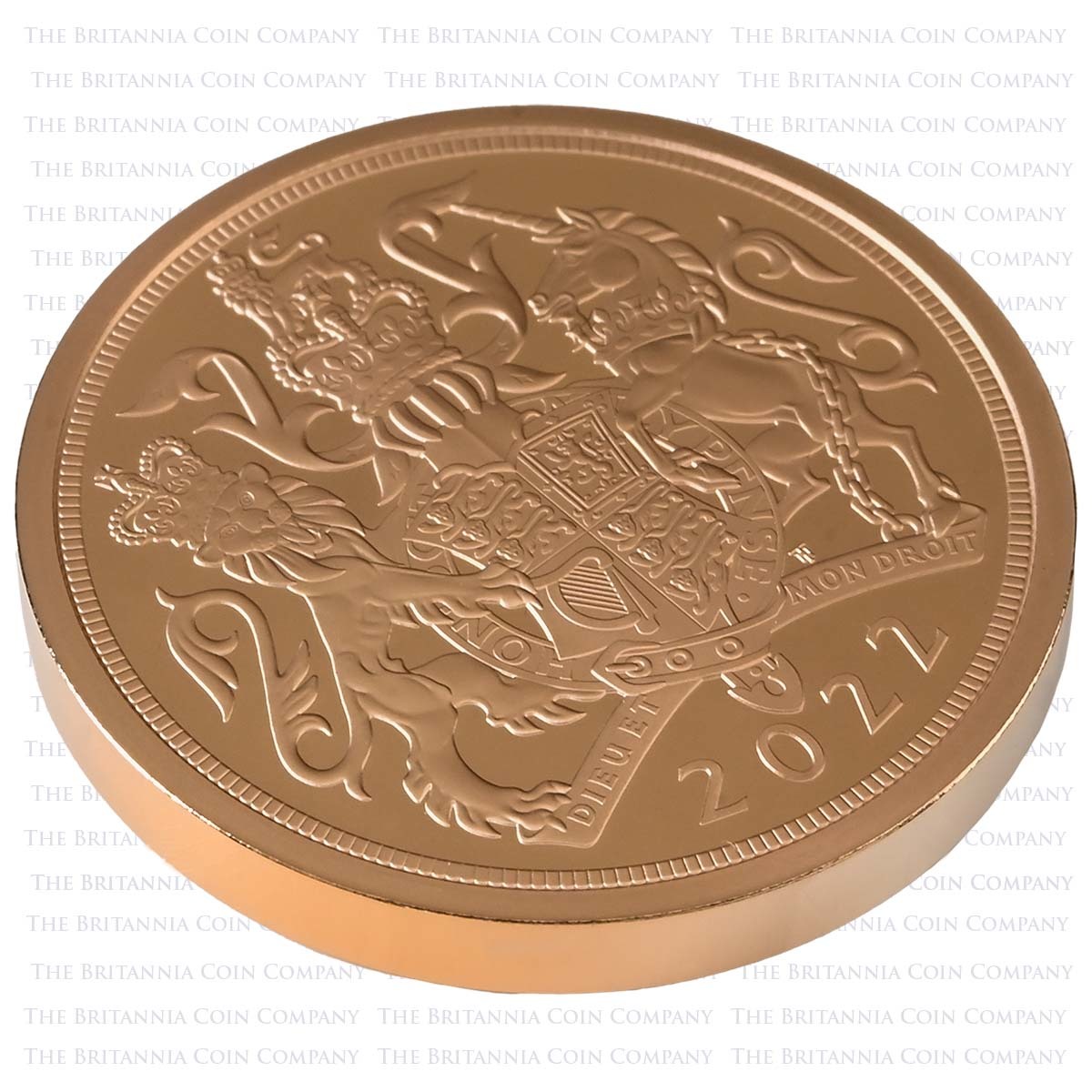 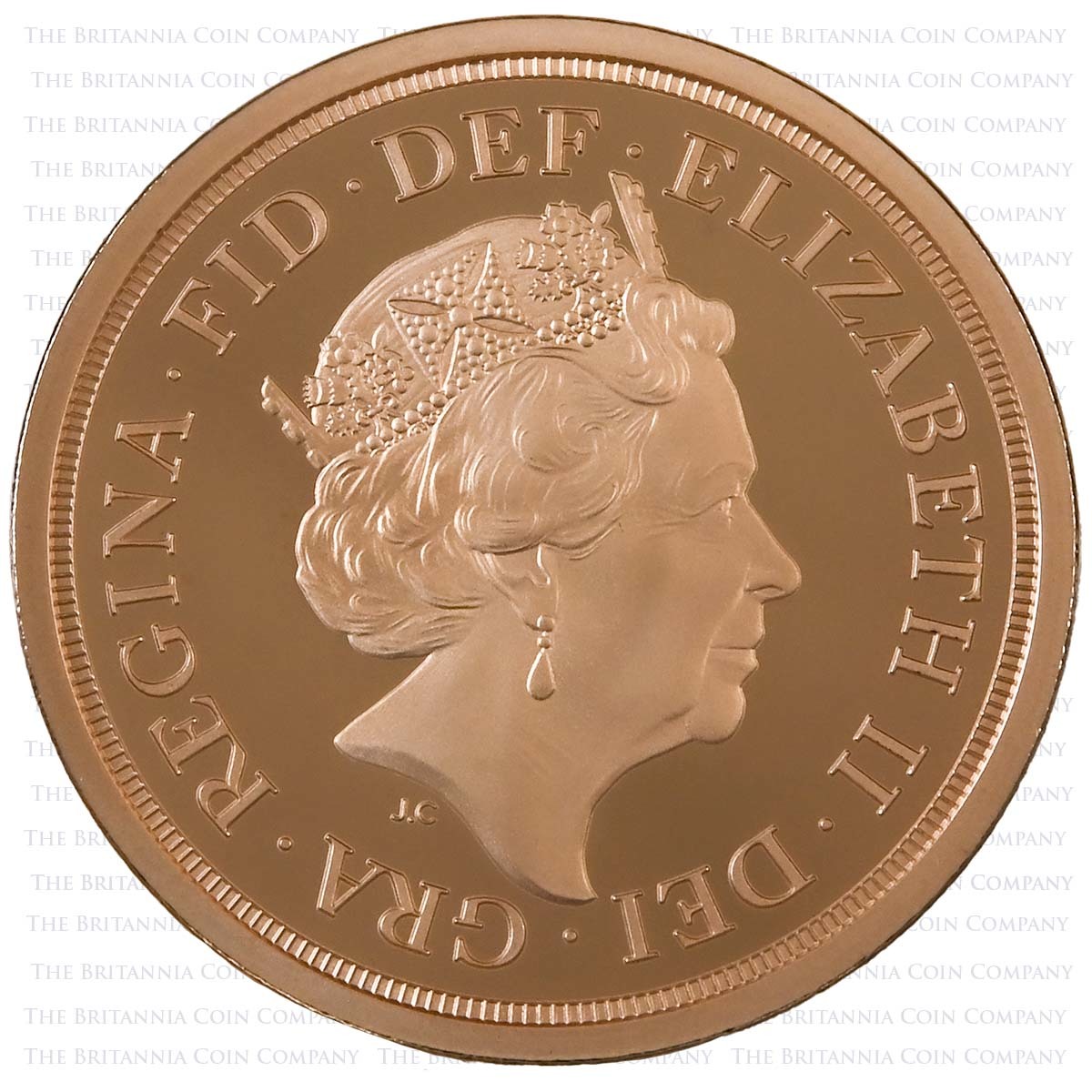 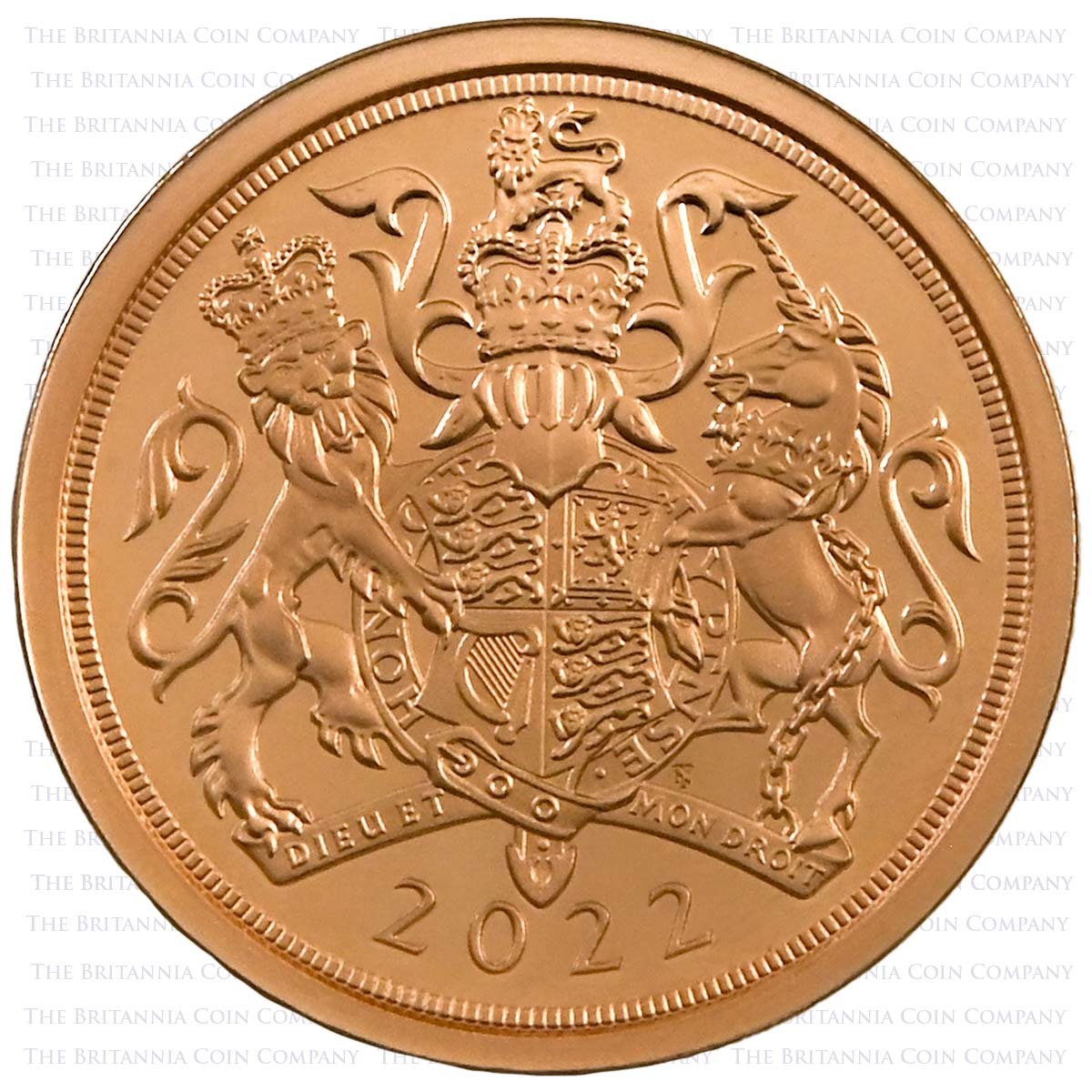 from
£0.01
(VAT Exempt)
Register your interest now! Be the first to get hold of a 2022 Piedfort Platinum Jubilee gold proof Sovereign from a limited presentation of 3,500 pieces. This isn’t the first piedfort Sovereign but they aren’t common. The Royal Mint has offered these double-weight coins individually in 2017, 2018 and 2019 but not in the last couple of years. They’re back in limited numbers for 2022 in both an individual presentation and a very scarce proof set. Like the rest of the coins in the 2022 Sovereign family these pieces bear a new reverse, authorised for Her Majesty the Queen’s Platinum Jubilee year. Timothy Noad’s royal arms design is a tribute to an incredible seventy years on the throne. This is paired with Jody Clark’s portrait of our longest reigning monarch, introduced to British coinage in 2015. This piece is exactly twice the mass of a standard Sovereign, weighing in at 15.97 grams of 22 carat gold. The diameter is the same (22.05 millimetres) but the thickness is almost double that ordinarily seen. These coins are finished to The Royal Mint’s proof standard for a superior level of detail and shine. They come in bespoke presentation packaging with a certificate of authenticity enclosed. These limited edition Sovereigns aren’t available yet but they soon will be. Click TRACK PRODUCT to get email updates as soon as we have Piedfort Sovereigns in stock.
Log in to get notified when this product is back in stock.
Track Product
You are not logged in. Please Login to track this product.
Description Summary Specification Royal Mint About us

What Are Piedfort Sovereigns?

Though silver proof piedfort collectibles are quite common, proof Sovereigns are not. They've only previously been offered in 2017, 2018 and 2019 though we have not seen a new release of this elusive coin for a couple of years.

These coins are twice the weight of a regular Sovereign. That is, they're composed of 15.97 grams of 22 carat gold. That's a pure gold weight of 14.64 grams or 0.4708 troy ounces. The diameter is the same at 22.05 millimetres but the thickness is almost double that ordinarily seen.

This 2022 piedfort Sovereign is one of the rare departures from this tradition, instead featuring a design inspired by Elizabeth II's royal arms. Crafted by heraldic artist Timothy Noad and the subject of much speculation ahead of its unveiling, the reverse is reminiscent of that which appeared on One Pound coins designed by Eric Sewell.

The royal arms reverse was authorised to mark Her Majesty the Queen's  Platinum Jubilee. She succeeded her father on 6 February 1952 and in 2022 will celebrate a remarkable seventy years on the throne.

Noad's design is paired with Jody Clark's fifth official effigy of Elizabeth II which appears on the obverse along side the legend 'ELIZABETH · II · DEI · GRA REGINA · FID · DEF'.

How To Buy A 2022 Piedfort Sovereign?

These double-weight coins have not yet been released by The Royal Mint but we anticipate having them in stock soon.

We'll send you an alert as soon as we have 2022 piedfort Sovereigns in stock.

All you need to do is click TRACK PRODUCT at the top of this page. Either login or create an account with us. This means we can send you an automated email the minute we put these coins on sale.

We won't be able to ship these proof Sovereigns immediately but you will need to act fast to secure your coin. Can't wait? We have an extensive range of 2022 proof and bullion Sovereigns still in stock, including:

Please note: our image comes from a previously released 2022 piedfort pattern proof set and may not represent the appearance of the individually released coin.