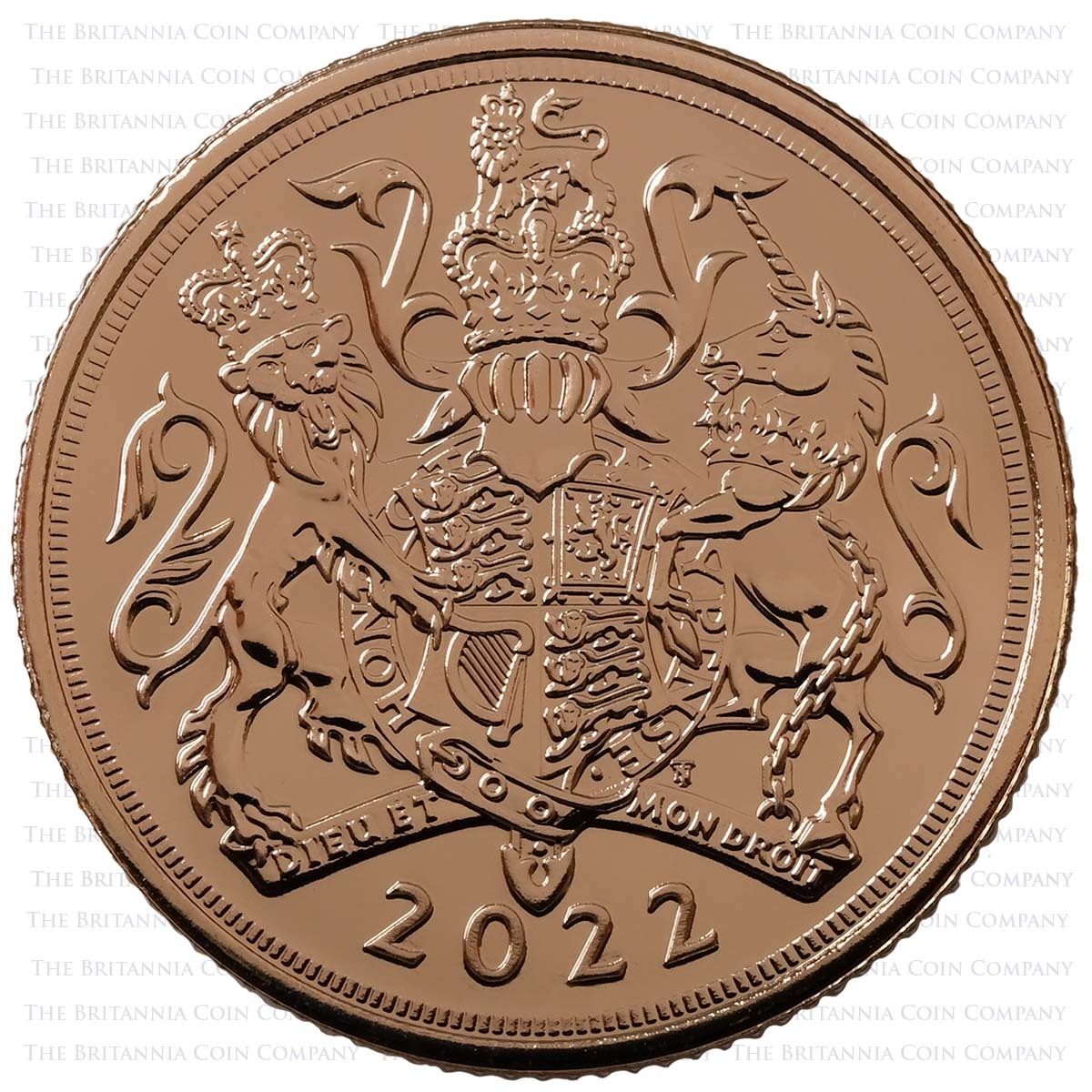 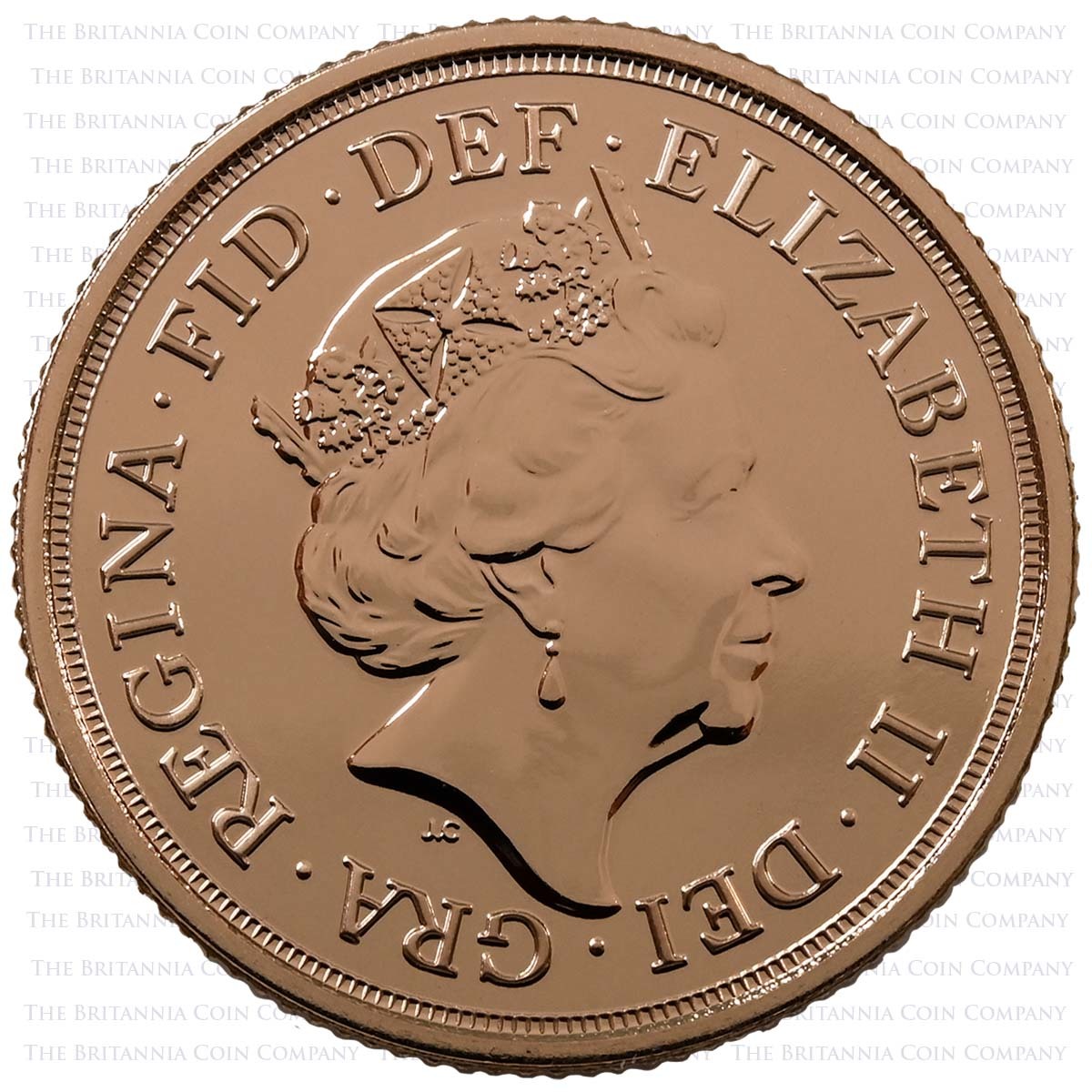 from
£377.55
(VAT Exempt)
Bullion 2022 gold Sovereigns: available now. 2022 bullion Sovereign feature the same new reverse design as their proof counterparts. It’s inspired by the royal coat of arms and is the work of Timothy Noad who also crafted the reverse of 2002 Sovereigns. The 2022 alternate reverse was authorised to celebrate Her Majesty the Queen’s Platinum Jubilee. She acceded in 1952, aged just 25, and will become the first British monarch to celebrate seventy years on the throne in February 2022. Her portrait by Jody Clark, in use since 2015, appears on the obverse of these gold coins. Like all Sovereigns, these Platinum Jubilee editions are struck in 7.98 grams of 22 carat gold with a surface of 22.05 millimetres in diameter. A great choice for investors, these bullion finish pieces are available with low premiums. All Sovereigns are exempt from Capital Gains Tax as UK legal tender and free from VAT in the UK and EU as investment grade gold. You’ll receive your 2022 Sovereign loose, packaged carefully for delivery by our experienced team.
Quantity
Cost Per Unit
Starts From
1+
£378.69
£378.69
2+
£378.31
£756.62
5+
£378.12
£1,890.60
10+
£377.93
£3,779.30
50+
£377.55
£18,877.50
Track Product
You are not logged in. Please Login to track this product.
Description Summary Specification Royal Mint About us

New in stock: bullion Sovereigns with the 2022 Platinum Jubilee reverse.

This 2022 Sovereign is one of the rare departures from this tradition, instead featuring a design inspired by Elizabeth II's royal arms. Crafted by heraldic artist Timothy Noad and the subject of much speculation ahead of its unveiling, the reverse is reminiscent of that which appeared on One Pound coins designed by Eric Sewell.

The design has been authorised to celebrate Her Majesty’s Platinum Jubilee. In February 2022 she’ll mark an unprecedented seventy years since she acceded to the throne in 1952. Noad was also responsible for the reverse of the 2002 Sovereign, struck for the Queen’s Golden Jubilee, so it's fitting that he should be called upon again for this milestone issue.

His reinterpretation of the royal coat of arms is paired with Jody Clark's fifth official effigy of Elizabeth II which appears on the obverse of the 2022 Sovereign.

These 2022 Sovereigns are finished to bullion standard. They are intended for investors though the alternate reverse and the prestige of the Sovereign adds collectibility. They're a great option if you’re looking to commemorate an important royal anniversary.

Like all Sovereigns, these are exempt from Capital Gains Tax as UK legal tender and free from VAT in the UK and EU as investment grade gold.

We also have a range of 2022 proof Sovereigns and sets available, including:

A 2022 full gold bullion Sovereign weighs 7.98g and is struck in 22 carat gold. It therefore contains 7.32g of fine (pure) gold. Being a bullion coin, its value fluctuates, in-line with the gold market.

To see how much your Sovereign is worth, click the 'Sell to Us' button further up this page to receive an up-to-date valuation.

The Royal Mint haven't disclosed the quantity of bullion Sovereigns struck in 2022, but it is likely to be in the millions. 10,500 proof Sovereigns have been struck and 1,200 'strike of the day' Sovereigns were struck on 6 February 2022 to commemorate exactly seventy years since Elizabeth II acceded to the throne.