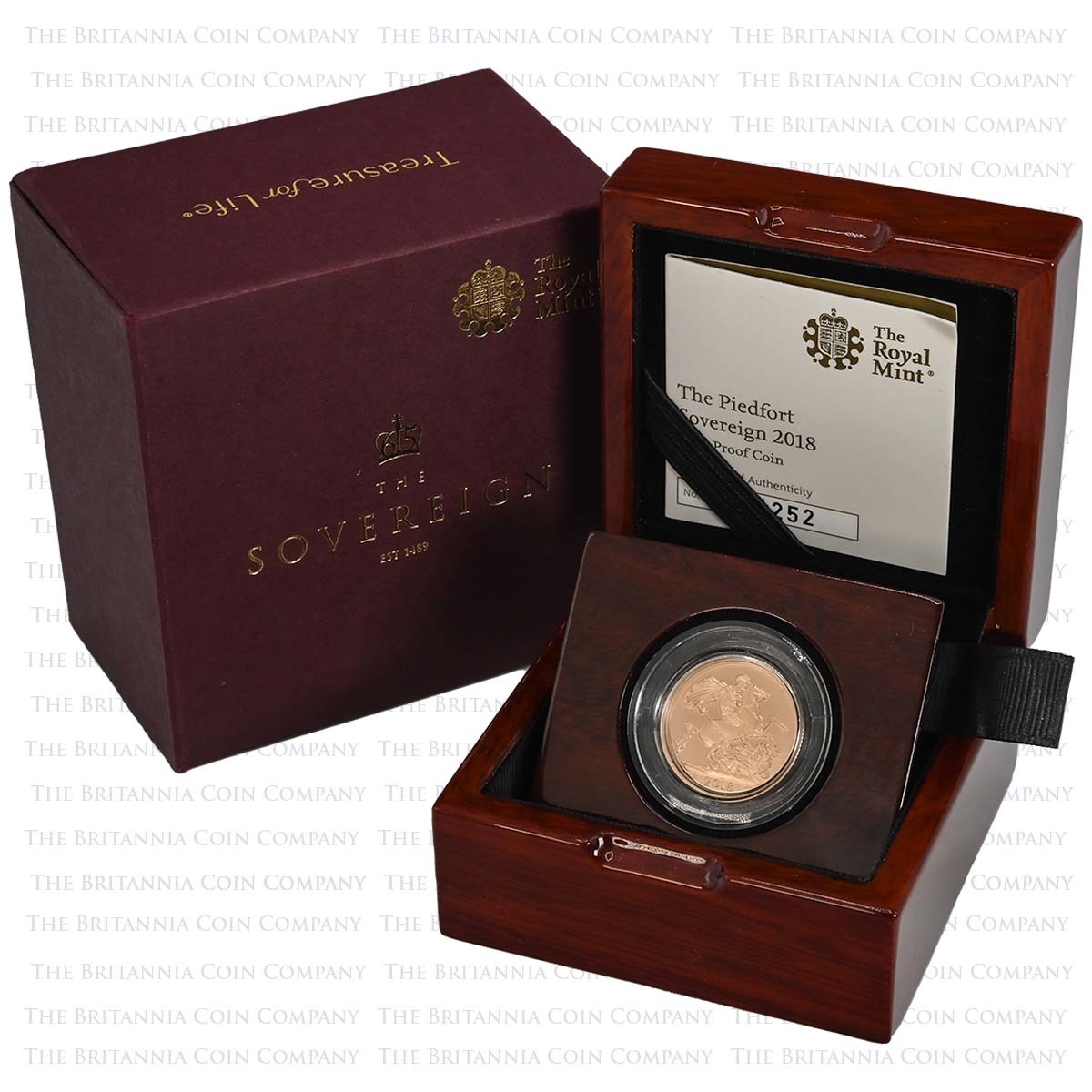 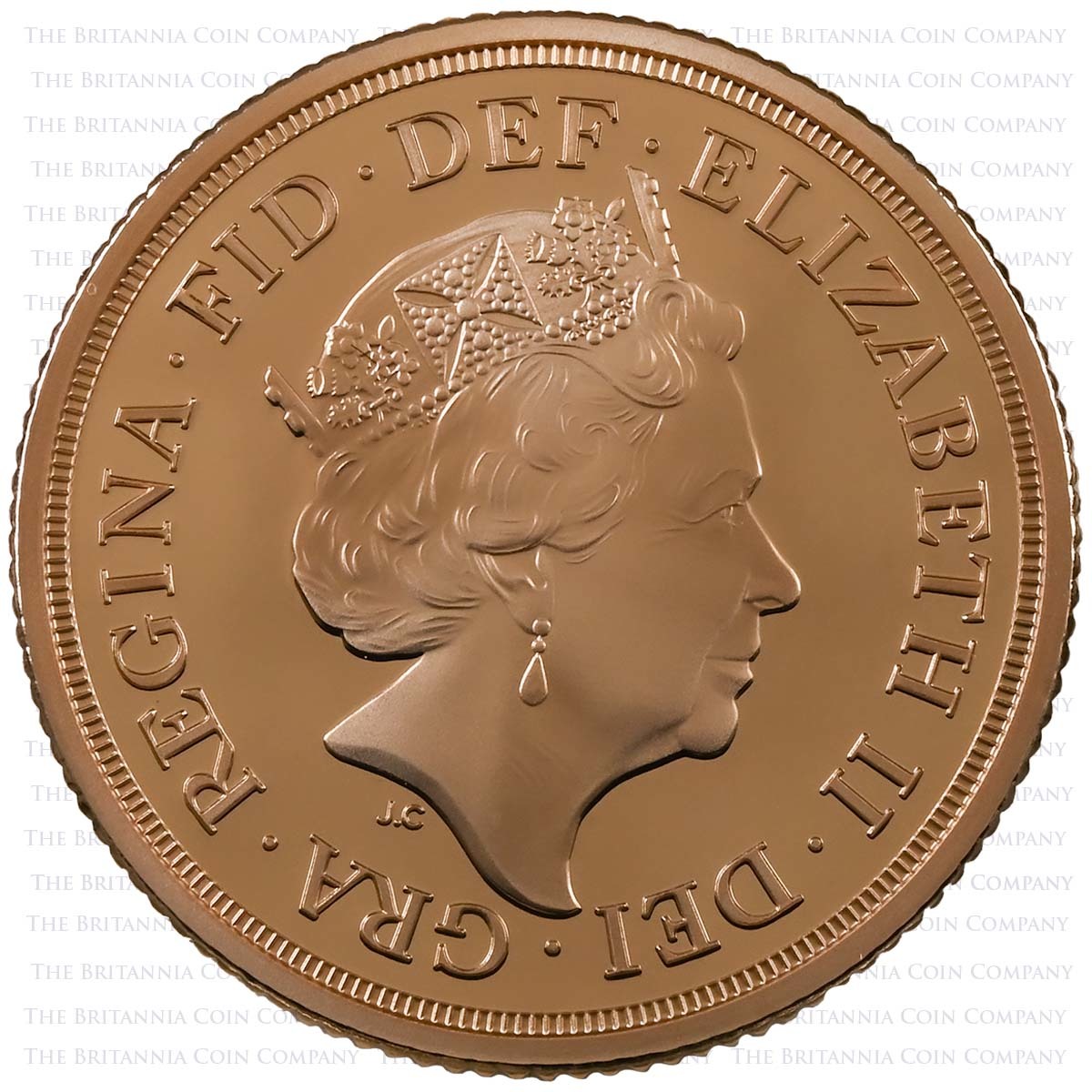 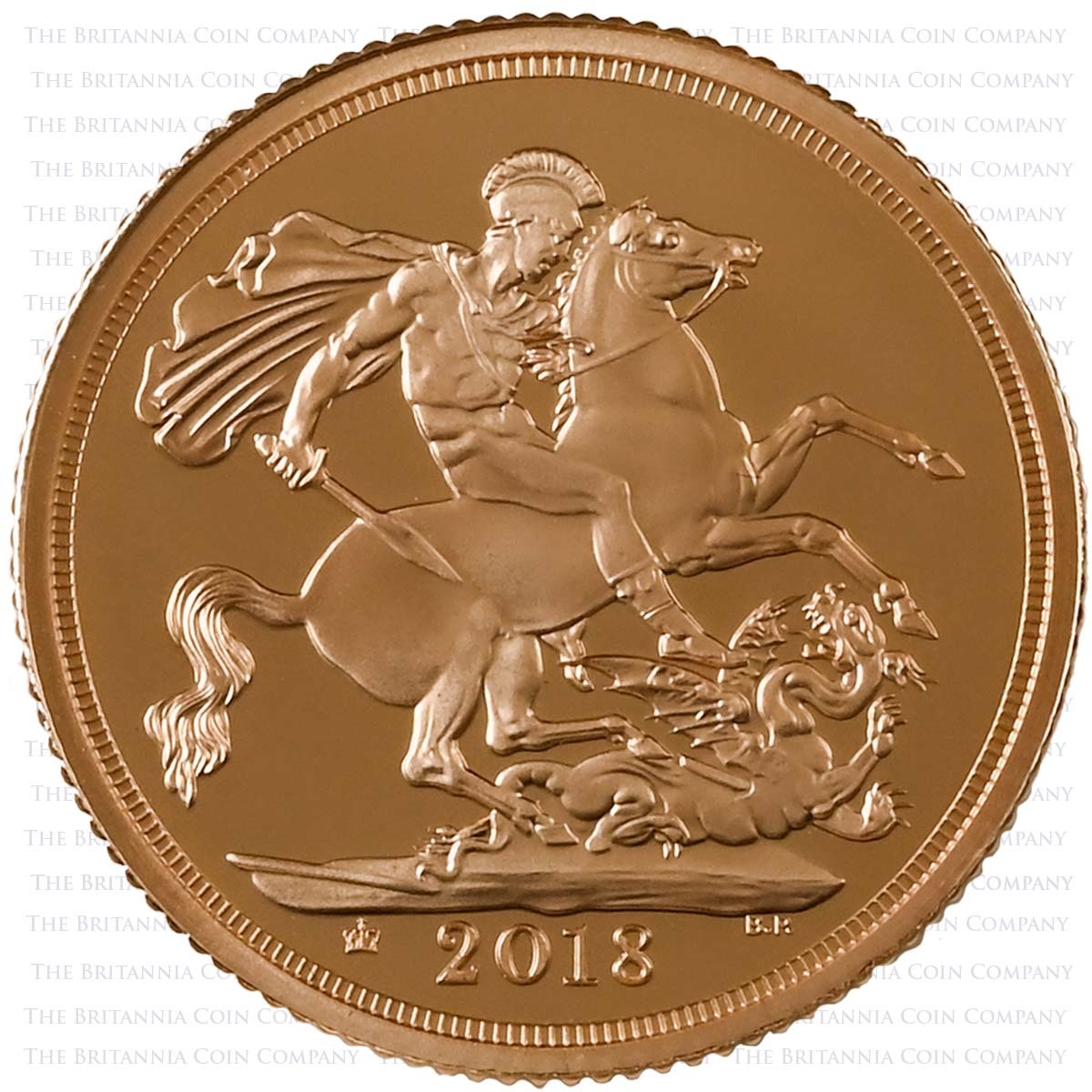 from
£950.00
(VAT Exempt)
Just 1,930 issued! This scarce proof Sovereign was struck in the year of Her Majesty, Queen Elizabeth II’s sapphire jubilee. That’s the anniversary celebrated for 65 years of marriage or - in this case - 65 years on the throne. To mark the occasion The Royal Mint authorised the addition of a special privy mark on the reverse of coins in the gold proof Sovereign family. This appears just next to the date, below the classic Saint George and the dragon engraving. This was designed for the first gold Sovereigns by Italian artist Benedetto Pistrucci. Its paired with Jody Clark’s portrait of Her Majesty Queen Elizabeth II, introduced to British money in 2015. As well as the variant reverse design there’s something else that’s unusual about this proof Sovereign: it’s twice the weigh of a regular ‘full’ Sovereign and twice the thickness. Piedfort proof Sovereigns are rare and there were only 1,930 issued in 2018. This highly collectible coin is composed of 15.96 grams of 22 carat gold and maintains the diameter of a normal Sovereign: 22.05 millimetres. It’s offered in its original presentation case from The Royal Mint with a numbered certificate of authenticity.
Quantity
Cost Per Unit
Starts From
1+
£950.00
£950.00
Track Product
You are not logged in. Please Login to track this product.
Description Summary Specification Royal Mint About us

This is a rare example of a piedfort Sovereign: twice the weight of an ordinary 'full' Sovereign at 15.96 grams of 22 carat gold, retaining the same diameter of 22.05 millimetres.

Spink only lists three modern piedfort Sovereigns, issued by The Royal Mint in 2017, 2018 and 2019. This is your chance to get hold of the first.

This gold proof piedfort Sovereign is one of only 1,930 offered by The Royal Mint in 2018.

For this year only, the reverse of coins in the Sovereign family also features a tiny crown privy mark to the left of the date. This was authorised by The Royal Mint to mark Her Majesty the Queen's Sapphire Jubilee: a celebration of 65 years since her coronation.

Pistrucci's reverse is paired with Jody Clark's portrait of Elizabeth II. Introduced in 2015, this is the fifth official effigy used on the Queen's coinage since her coronation in 1953. Clark's initials – JC – appear below the truncation of her neck.

Your 2018 piedfort proof Sovereign comes in its original packaging from The Royal Mint. This consists of an attractive, high-shine wood presentation box in which the coin is situated inside a capsule. Also included: a numbered certificate of authenticity, confirming the specifications of this collector’s piece.

If you're in the market for a 2018 piedfort Sovereign there are a few alternative options to consider:

All Sovereigns, including those issued in 2018, are exempt from Capital Gains Tax as UK legal tender and free from VAT in the UK and EU as investment grade gold.