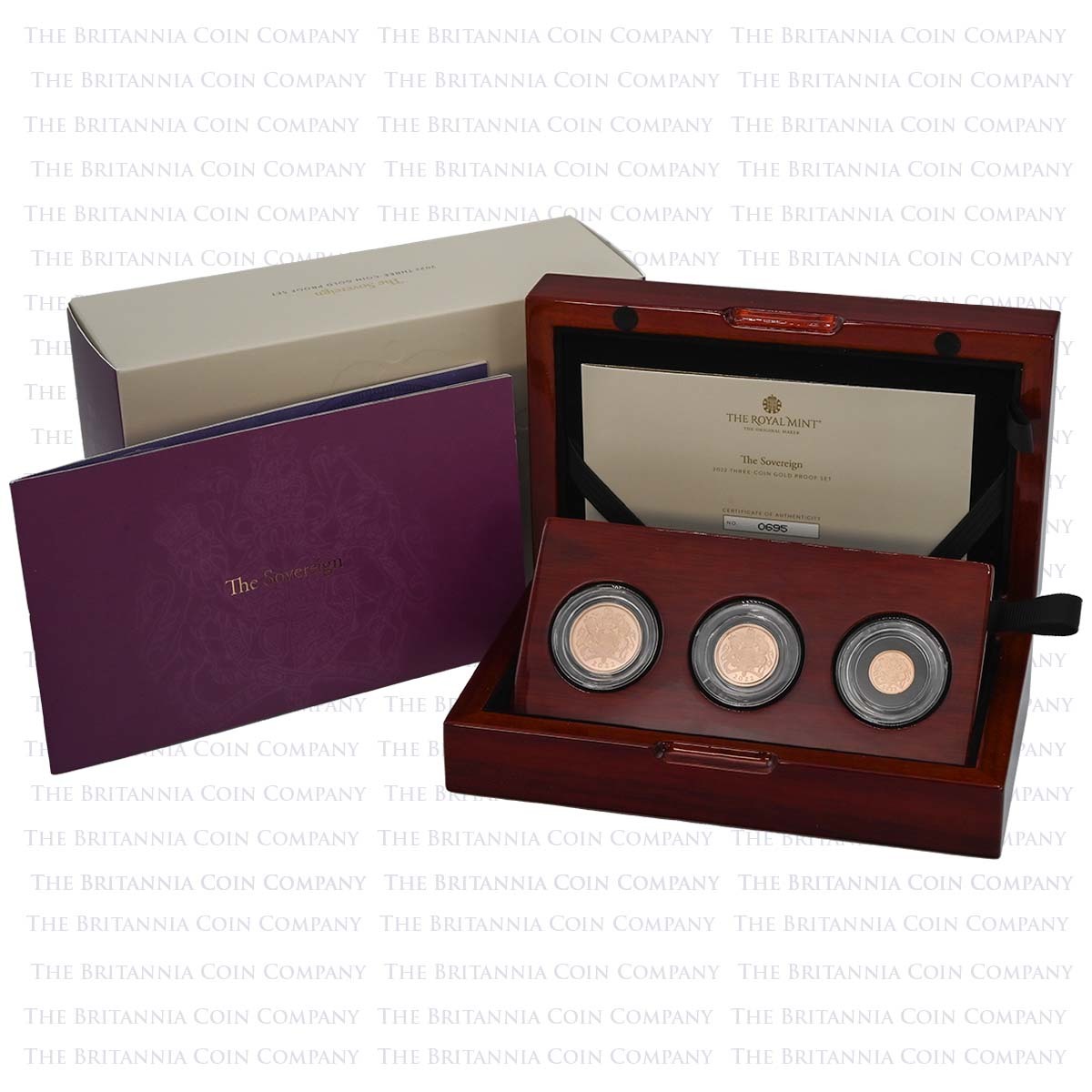 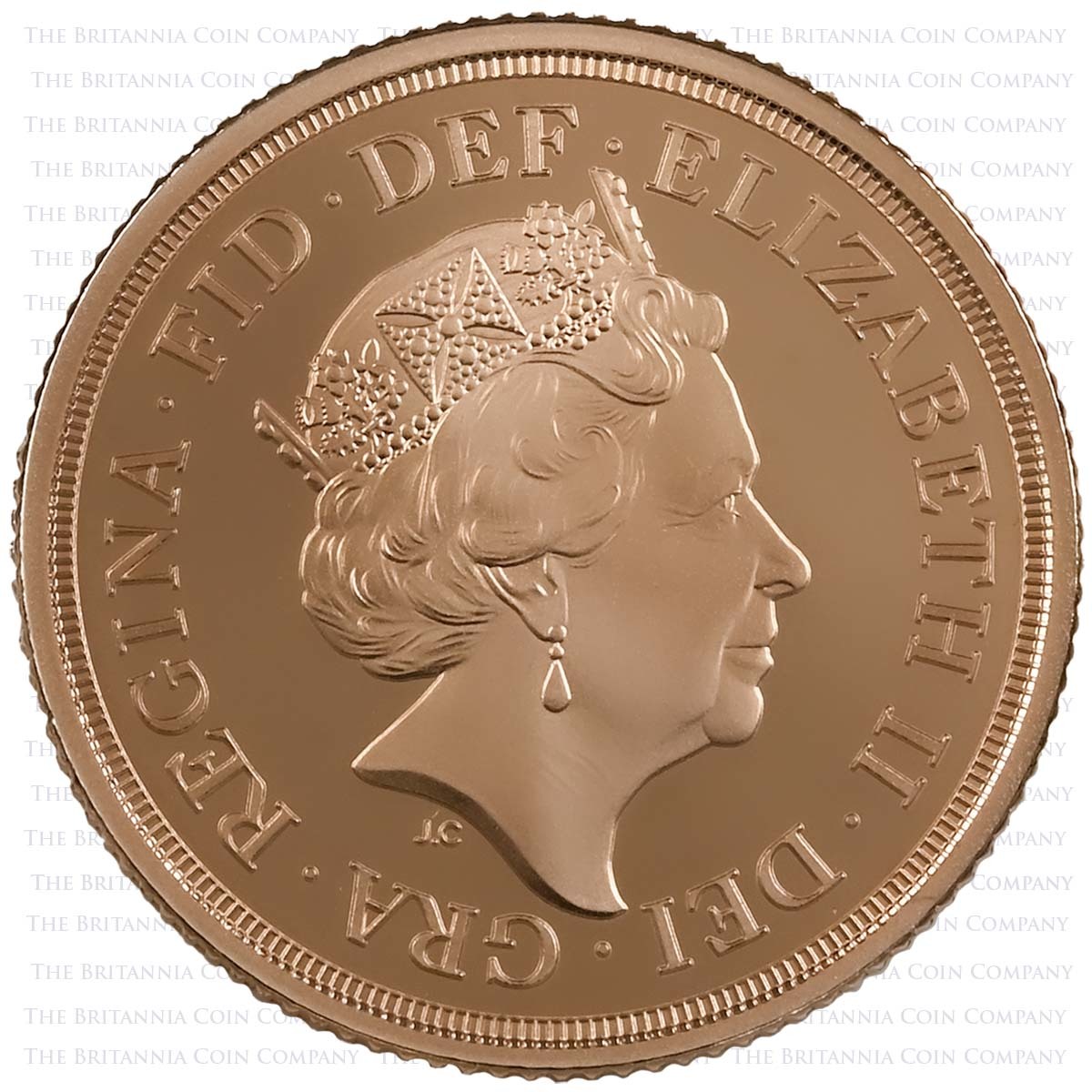 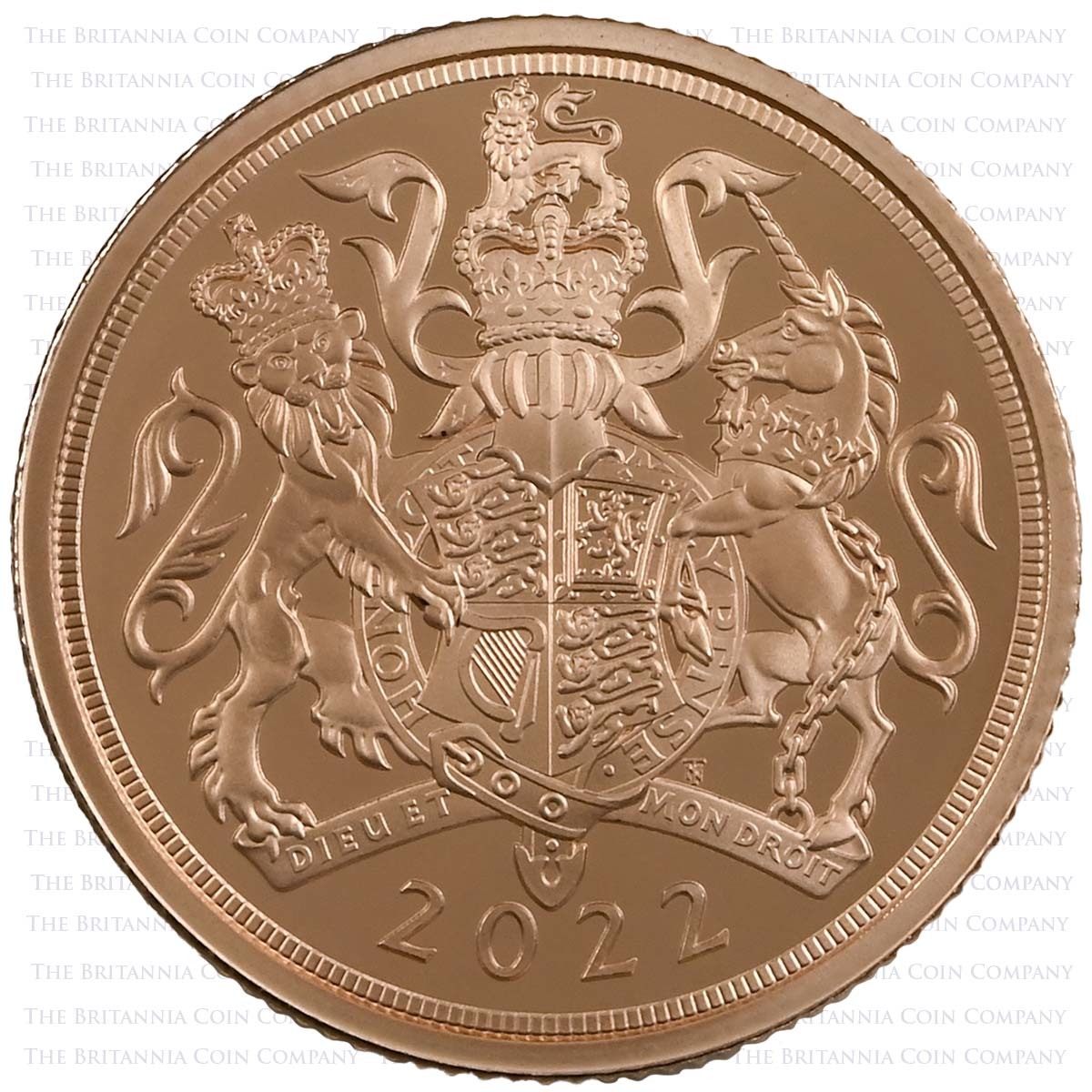 from
£1,449.00
(VAT Exempt)
Just 1,000 issued. This three coin set features the full 2022 proof Sovereign, the Half Sovereign and the Quarter Sovereign, all featuring a one-year-only reverse, inspired by the royal coat of arms. The design - crafted by veteran coinage artist Timothy Noad - has been authorised to celebrate her Majesty the Queen’s Platinum Jubilee. Elizabeth II came to the throne in 1952 and will celebrate seventy years on the throne in 2022. Previous jubilees have also been celebrated with an alternate Sovereign reverse design, differing from the classic image of St George, first used in 1817. The arms reverse is paired with Jody Clark’s portrait of Elizabeth II, in use on her coinage since 2015. This is a great chance to get hold of the key coins in the 2022 Sovereign family with one purchase. The scarcest coin in the set is the 2022 Quarter Sovereign. The maximum mintage for this 2.00 gram gold coin is just 2,310. Each piece is struck to proof standard in 22 carat gold. The set comes in its original presentation case from The Royal Mint with an information booklet and a numbered certificate of authenticity.
Log in to get notified when this product is back in stock.
Track Product
You are not logged in. Please Login to track this product.
Description Summary Specification Royal Mint About us

A 2022 three coin proof set featuring the Sovereign, Half Sovereign and Quarter Sovereign, all with a special royal arms reverse.

Coins in this 2022 three-coin proof set mark a rare departure from this tradition, instead featuring a design inspired by Elizabeth II's royal arms. Crafted by heraldic artist Timothy Noad and the subject of much speculation ahead of its unveiling, the reverse is reminiscent of that which appeared on One Pound coins designed by Eric Sewell.

This three-coin proof sovereign set is from a limited edition of just 1,000.

It's a great way to get hold of three key proof coins from the 2022 Sovereign family in one purchase. The set includes:

Your three 2022 Sovereigns come in their original packaging from The Royal Mint. This comprises of a specially designed card outer box and an attractive presentation case, complete with a detailed information booklet and a numbered certificate of authenticity.