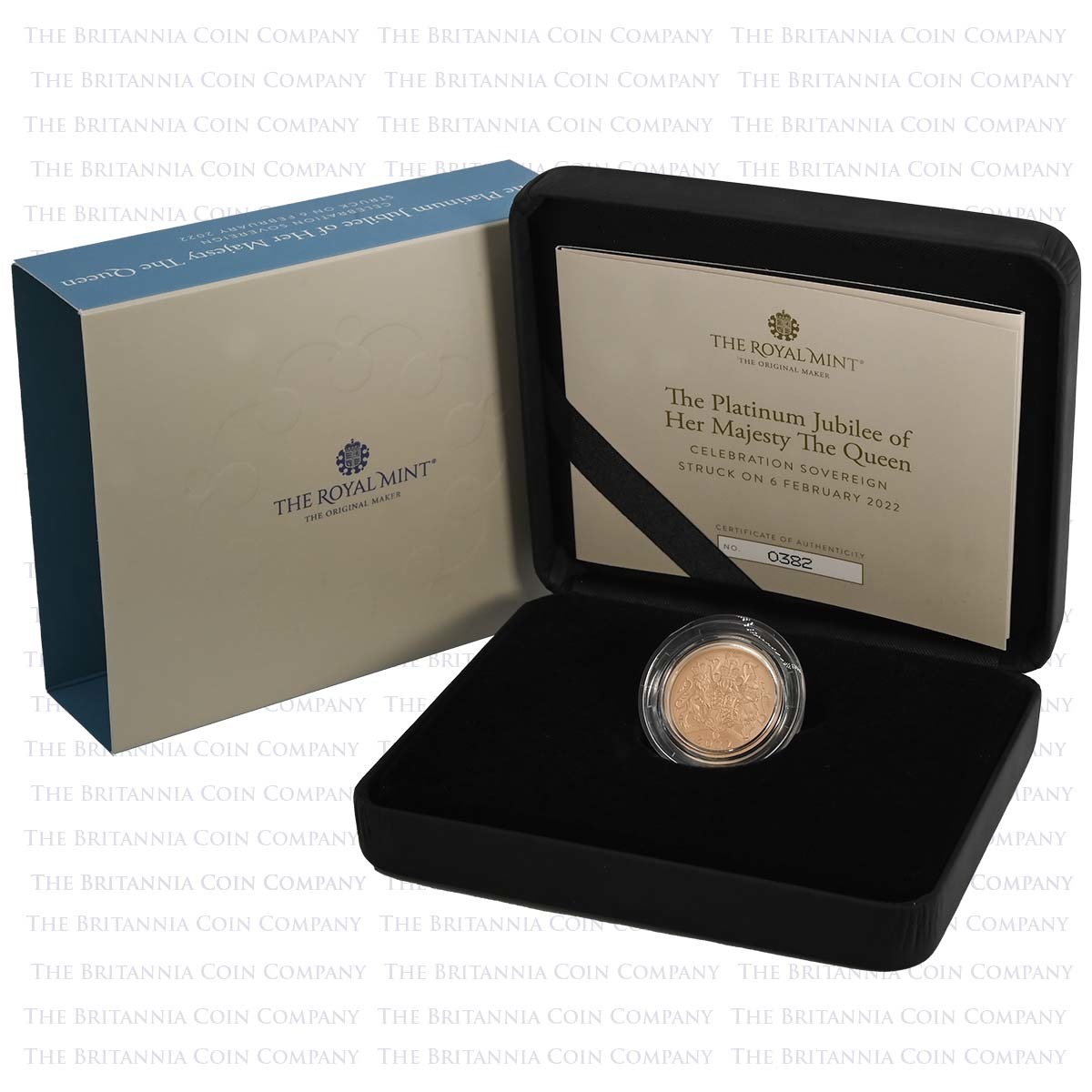 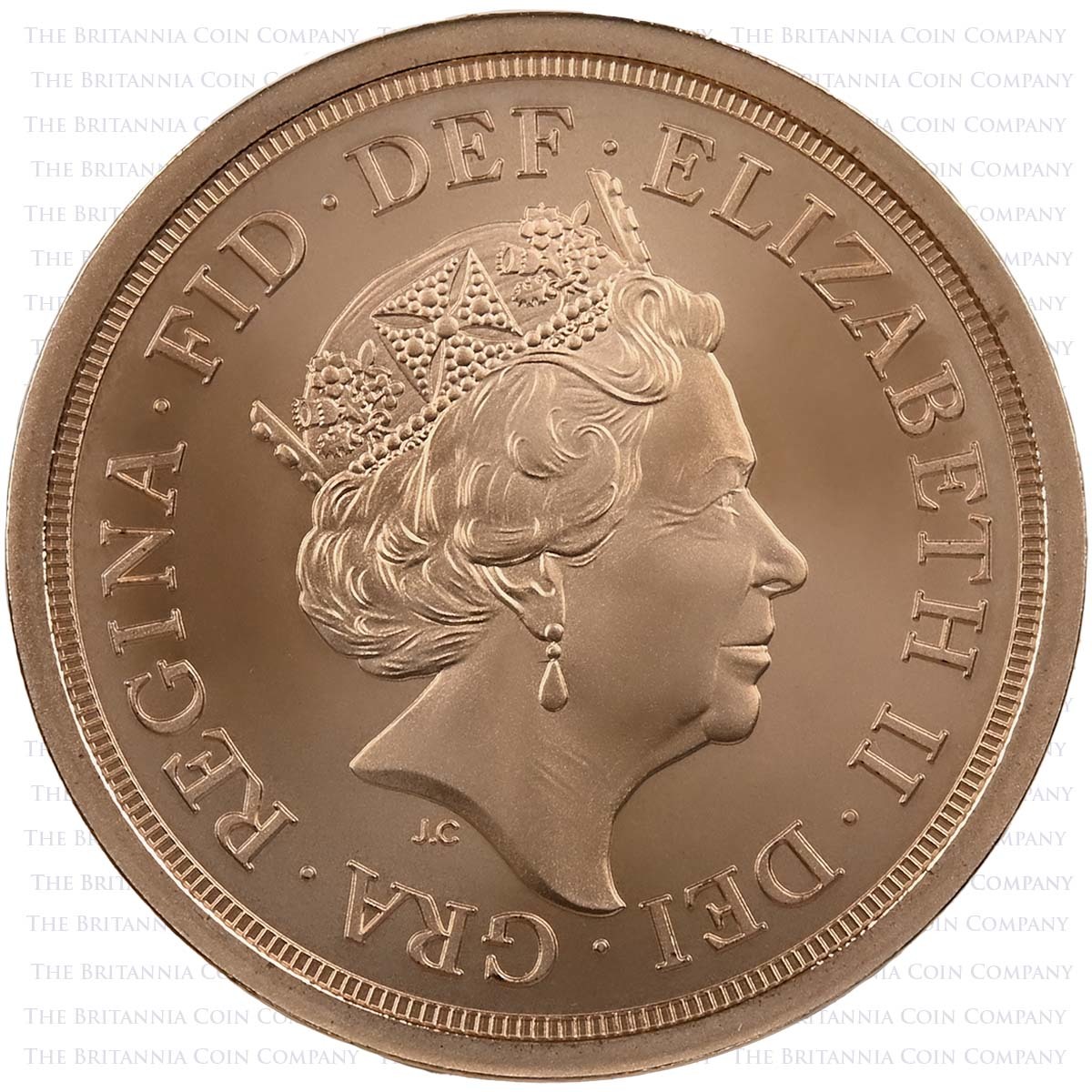 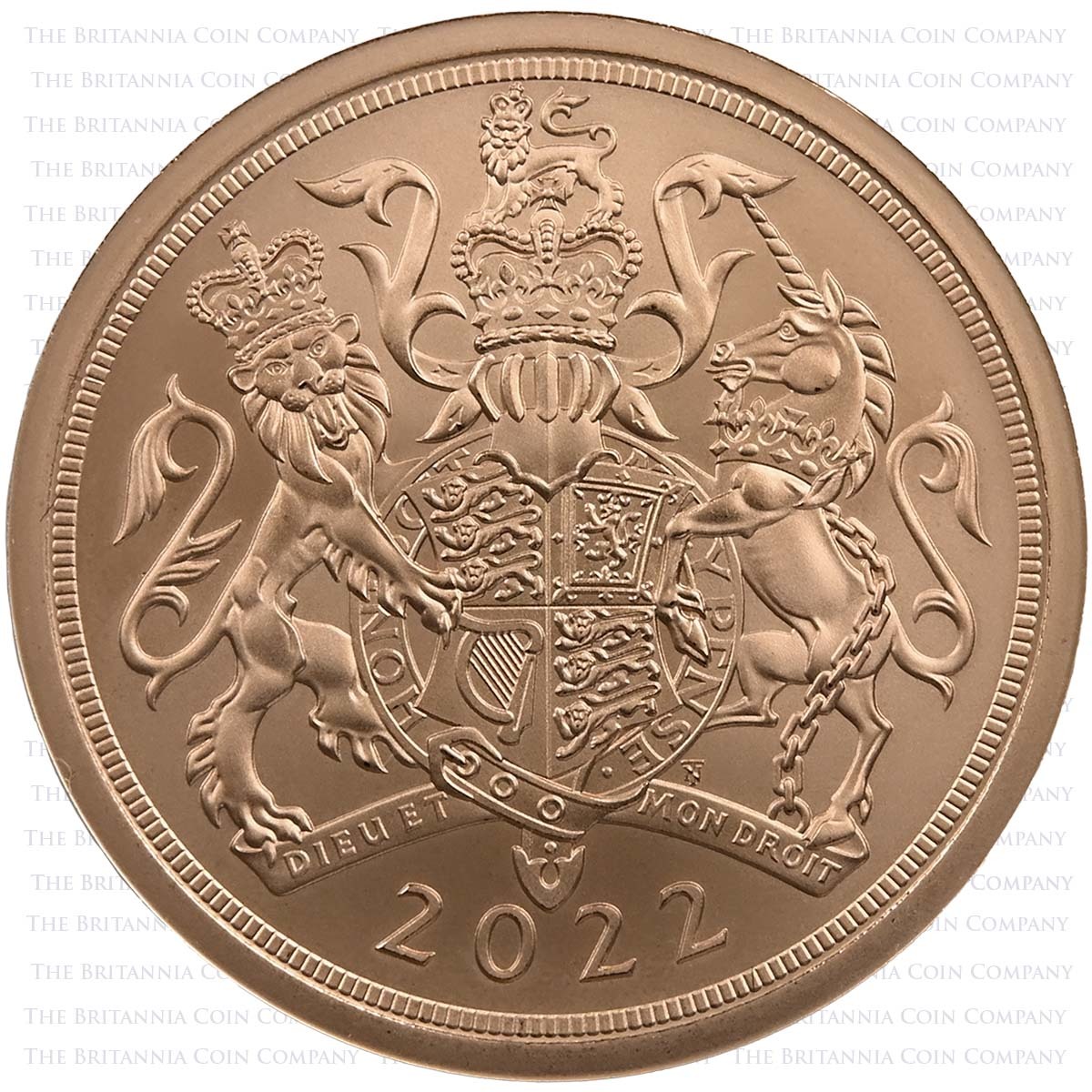 from
£1,195.00
(VAT Exempt)
2022 Sovereign, struck on the day of Her Majesty the Queen’s Platinum Jubilee. 6 February 2022 marks exactly seventy years since Elizabeth II acceded to the throne. She became Queen on the death of her father in 1952 and is now the first British monarch to celebrate seven decades of rule. To mark this unprecedented anniversary, The Royal Mint has offered a range of commemorative coins including a special Sovereign with a one-year-only reverse. The majority of these gold coins feature the image of Saint George but for 2022, this has been replaced with an interpretation of the royal arms by heraldic artist Timothy Noad. This is paired with Jody Clark’s fifth official portrait of Her Majesty, introduced in 2015. This ‘Strike of the Day’ example is from a highly limited presentation of just 1,200 pieces making it much scarcer than the regular 2022 proof Sovereign. These SOTD coins are offered in The Royal Mint’s Brilliant Uncirculated or BU striking standard which provides a finer finish and a higher level of detail than comparable bullion coins. You’ll receive your 2022 Strike of the Day Sovereign in its original presentation case from The Royal Mint with a numbered certificate of authenticity, signed by the Mint’s Head of Production.
Log in to get notified when this product is back in stock.
Track Product
You are not logged in. Please Login to track this product.
Description Summary Specification Royal Mint About us

What Are Gold Sovereigns?

The earliest Sovereigns were struck during the reign of Tudor king Henry VII. Centuries later, a new gold coin bearing this name was introduced, following a major overhaul of British coinage. This Sovereign, first minted in 1817, established specifications that are still strictly followed today.

While the majority of Sovereigns issued in the last century have featured the image of Saint George, slaying a dragon on their reverse, the 2022 Sovereign is one of the rare few to show an alternate design.

Introduced to mark Her Majesty the Queen's Platinum Jubilee, the royal arms motif used on 2022 Sovereigns is the work of heraldic artist Timothy Noad.

It's an appropriate design to celebrate seventy years since Elizabeth II came to the throne. She's the first monarch to marks such an anniversary, succeeding her farther on 6 February 1952.

Noad's jubilee reverse is paired with Jody Clark's fifth official effigy of the Queen which appears on the obverse of these coins.

Are Struck On The Day Sovereigns Valuable?

2022 Sovereigns are sought-after by coin collectors and royal fans alike but these 'struck on the day' editions are something special. They were struck exactly seventy years to the day that Her Majesty acceded to the throne.

Just 1,200 of these limited edition 2022 Sovereigns have been offered in this presentation.

Finished to brilliant uncirculated or BU, standard, these coins have a finer finish than their bullion counterparts and are intended for connoisseurs.

Your Strike of the Day Sovereign will be supplied in its original presentation packaging from The Royal Mint with a numbered certificate of authenticity. This is hand-signed by the Mint's Head of Commemorative Coin Production, Gavin Elliott.

Want to sell a 'struck on the day' Sovereign? We buy these limited edition collectors pieces for market leading prices. Visit our Sell Your Coins page to request a free, no obligation quote for gold, historic coinage, silver proof collectibles and more. We’ll pay you fast for your coins.