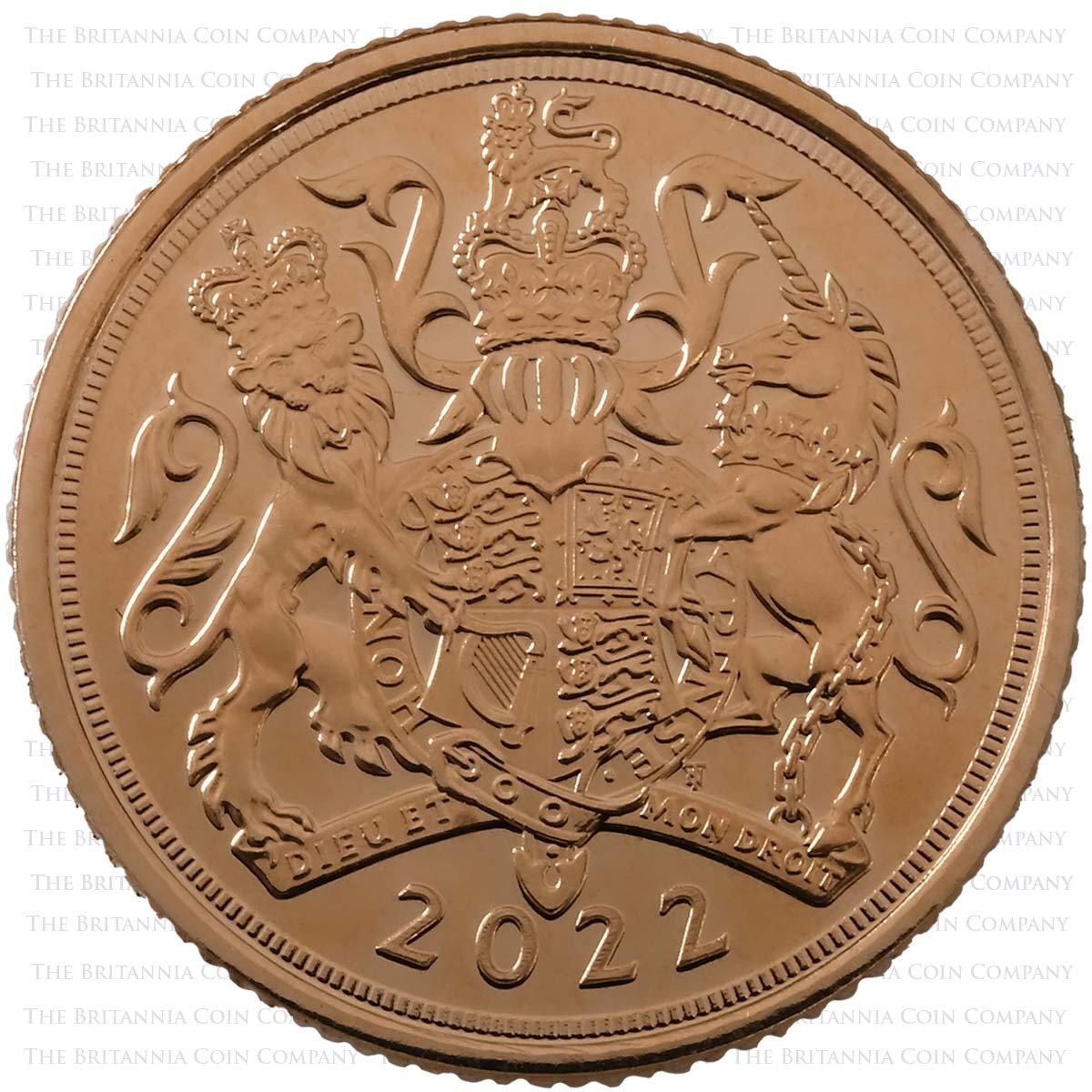 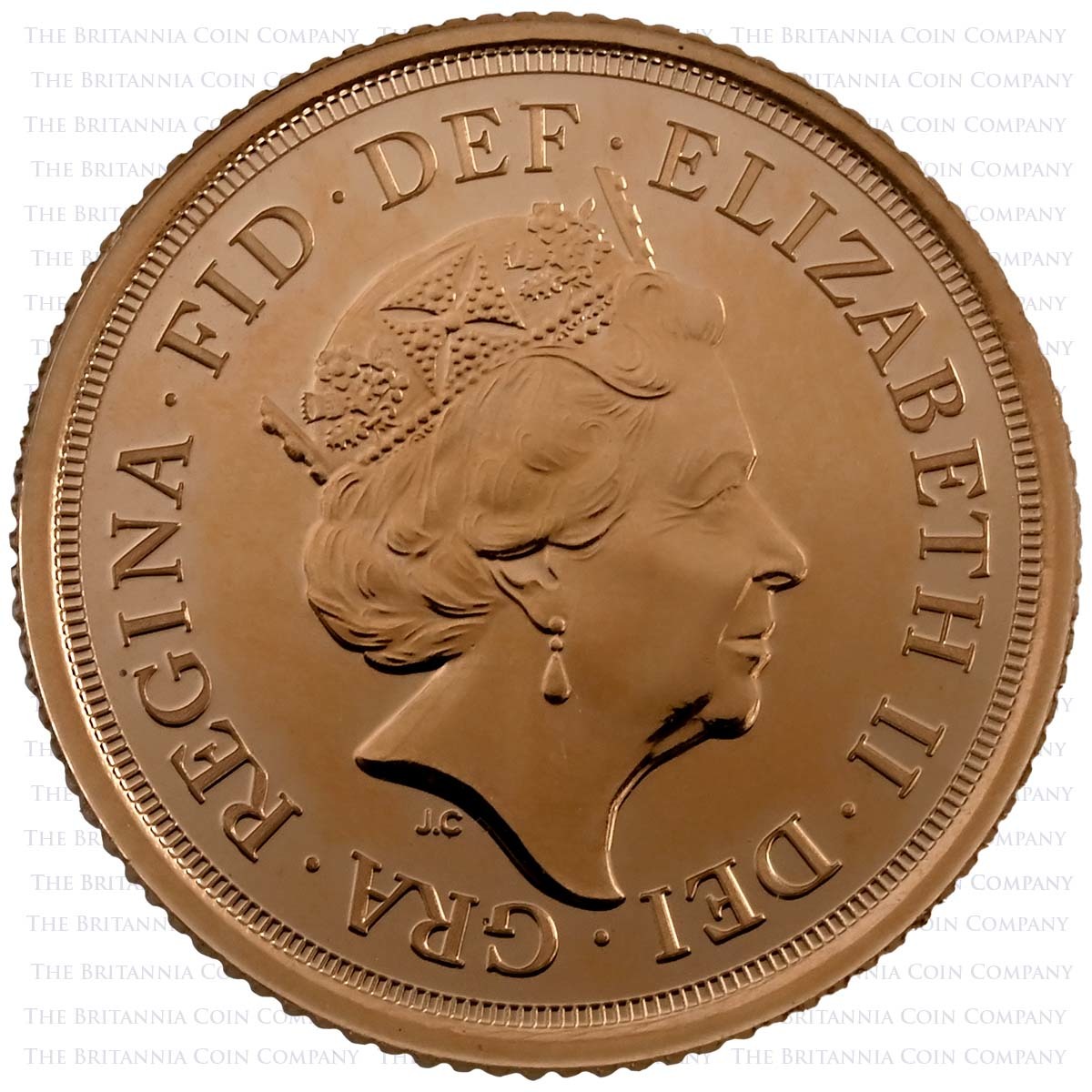 from
£215.33
(VAT Exempt)
Bullion Half Sovereign for 2022 with one-year-only reverse design. It’s inspired by the royal coat of arms and is the work of heraldic artist Timothy Noad who also created the reverse of 2002 Sovereigns. The 2022 design was authorised to celebrate Her Majesty the Queen’s Platinum Jubilee. She acceded in 1952, aged just 25, and became the first British monarch to celebrate seventy years on the throne in February 2022. Her portrait by Jody Clark, in use on British coinage since 2015, appears on the obverse of these gold coins. Like all Half Sovereigns, these Platinum Jubilee editions are struck in 3.99 grams of 22 carat gold with a surface of 19.30 millimetres in diameter. The denomination was introduced in 1817 at the same time as the first full Sovereigns, following a major overhaul of UK currency. A great choice for investors, these bullion finish pieces are available with low premiums. Like all Half Sovereigns they are exempt from Capital Gains Tax as UK legal tender and free from VAT in the UK and EU as investment grade gold. You’ll receive your 2022 Half Sovereign in a capsule or plastic slip without any additional Royal Mint packaging.
Log in to get notified when this product is back in stock.

The first Half Sovereigns were struck by the Tudor monarchs. Later, the name was revived for a new gold coin, introduced in 1817 following a major overhaul of British coinage. They were minted for more than a century, only falling out of production and circulation after the First World War.

Half Sovereigns are composed of 3.994 grams of 22 carat gold. They have a diameter of 19.30 and contain .1176 troy ounces of pure gold. Nominally, Half Sovereigns have a value of half a Pound sterling (50p) though their precious metal content means they are worth significantly more.

Proof Half Sovereigns began to be minted regularly in the 1980s, joining full Sovereigns as part of the The Royal Mint's most prestigious annual issue. The first Elizabeth II uncirculated Sovereigns was issued in 1982 with regular issues offered from 2000 onwards.

This 2022 Sovereign is one of the rare departures from this tradition, instead featuring a design inspired by Elizabeth II's royal arms. Crafted by heraldic artist Timothy Noad and the subject of much speculation ahead of its unveiling. The reverse is reminiscent of that which appeared on One Pound coins designed by Eric Sewell.

The design has been authorised to celebrate Her Majesty's Platinum Jubilee. In February 2022 she’ll mark an unprecedented seventy years since she acceded to the throne in 1952. Noad was also responsible for the reverse of the 2002 Sovereign, struck for the Queen's Golden Jubilee, so it's fitting that he should be called upon again for this milestone issue.

His reinterpretation of the royal coat of arms is paired with Jody Clark's fifth official effigy of Elizabeth II which appears on the obverse of the 2022 Sovereign with the legend: 'ELIZABETH II · DEI · GRA · REGINA · FID · DEF ·'.

Like all Sovereigns, these are exempt from Capital Gains Tax as UK legal tender and free from VAT in the UK and EU as investment grade gold.

You'll receive your bullion coin in a capsule or a plastic slip to protect the finish, without any additional Royal Mint presentation packaging. We’ll securely and discretely package your Half Sovereign for shipping.

The value of 2022 Half Sovereigns varies on the spot price of gold. We offer a high margin when we buy golf 2022 bullion Half Sovereigns. For an up to date valuation and more information visit the Sell Your Coins page on The Britannia Coin Company website.

We don't have the figures yet on how many 2022 bullion Half Sovereigns have been issued by The Royal Mint. We do know that just 2,000 proof 2022 Half Sovereigns were issued individually but no info has been released on the bullion coins yet.