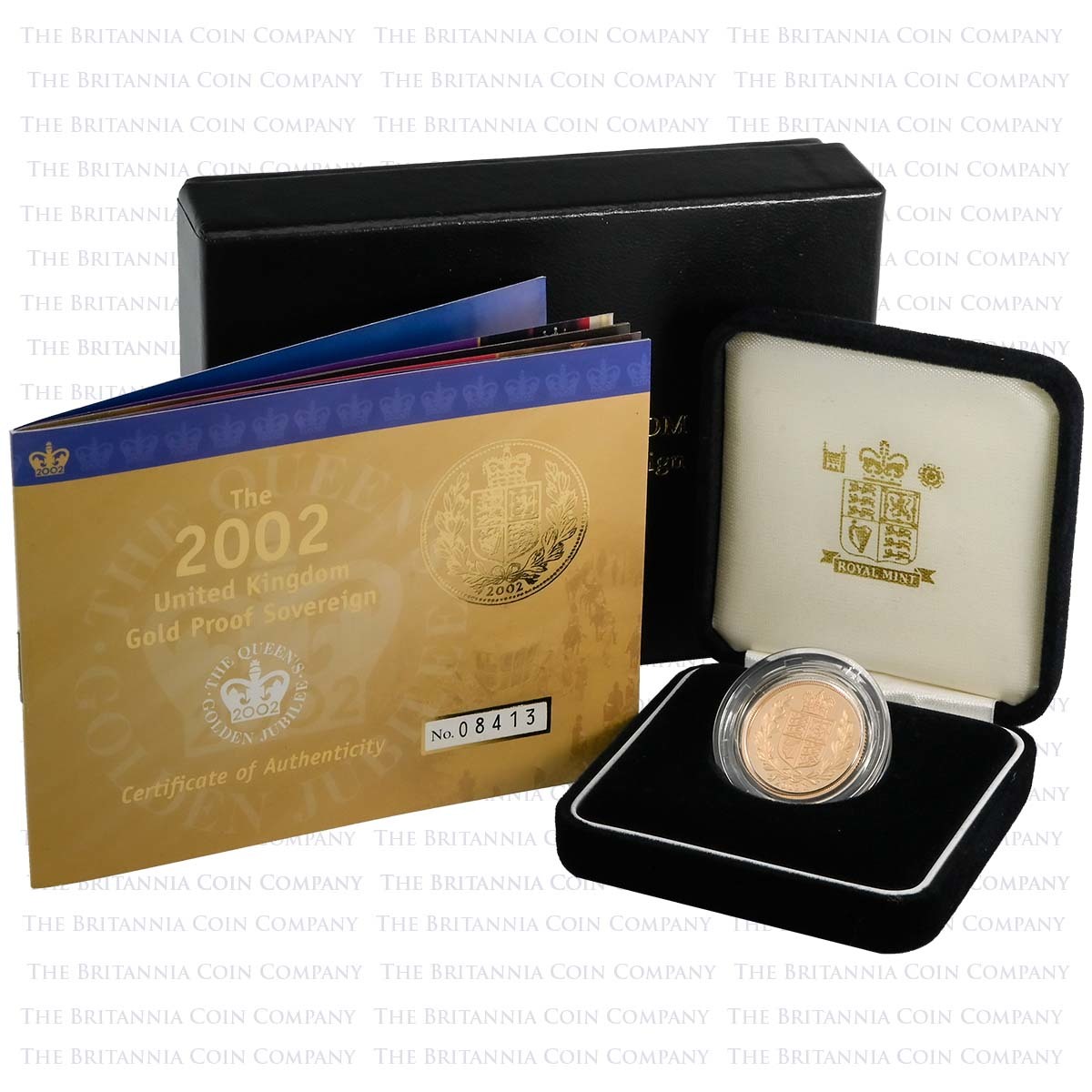 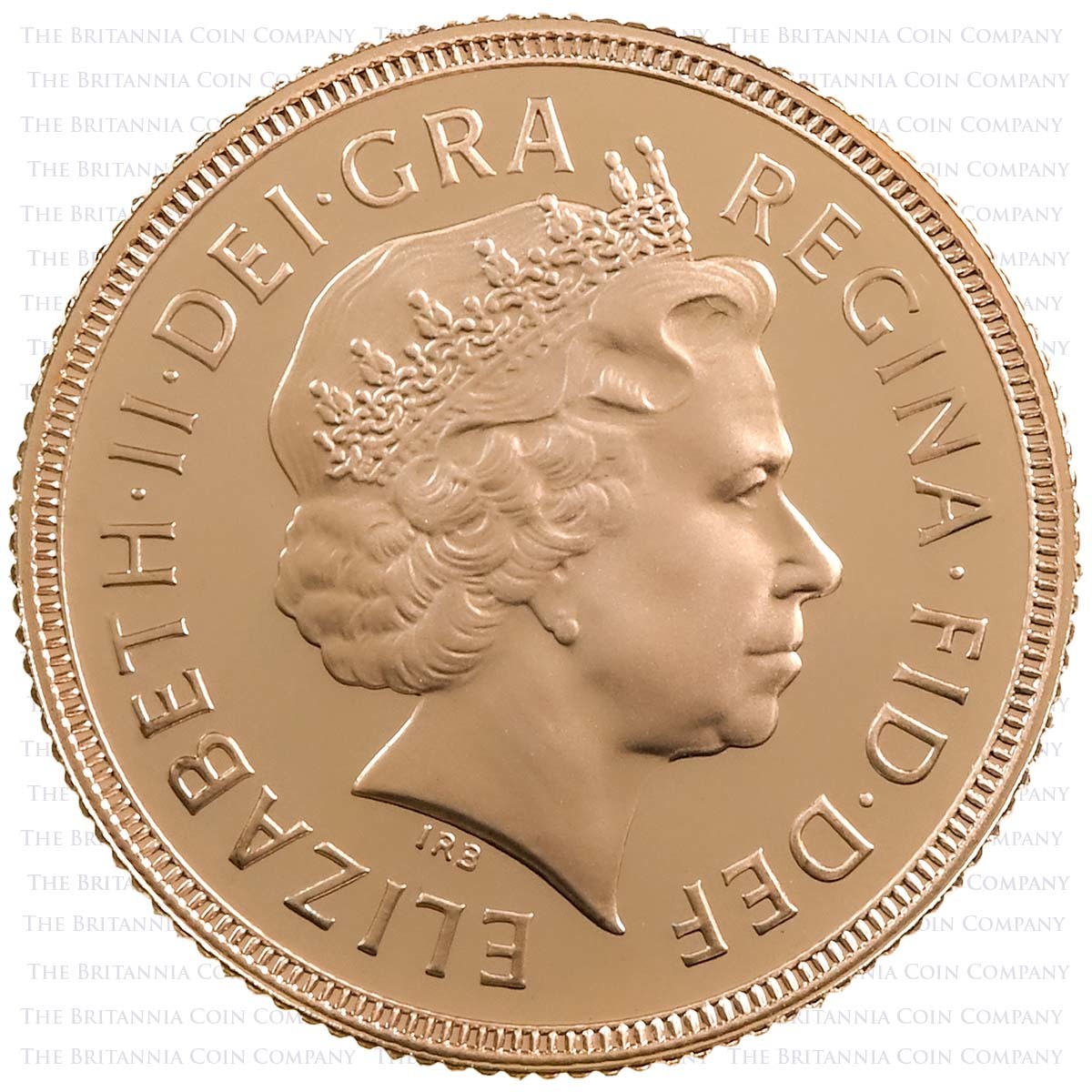 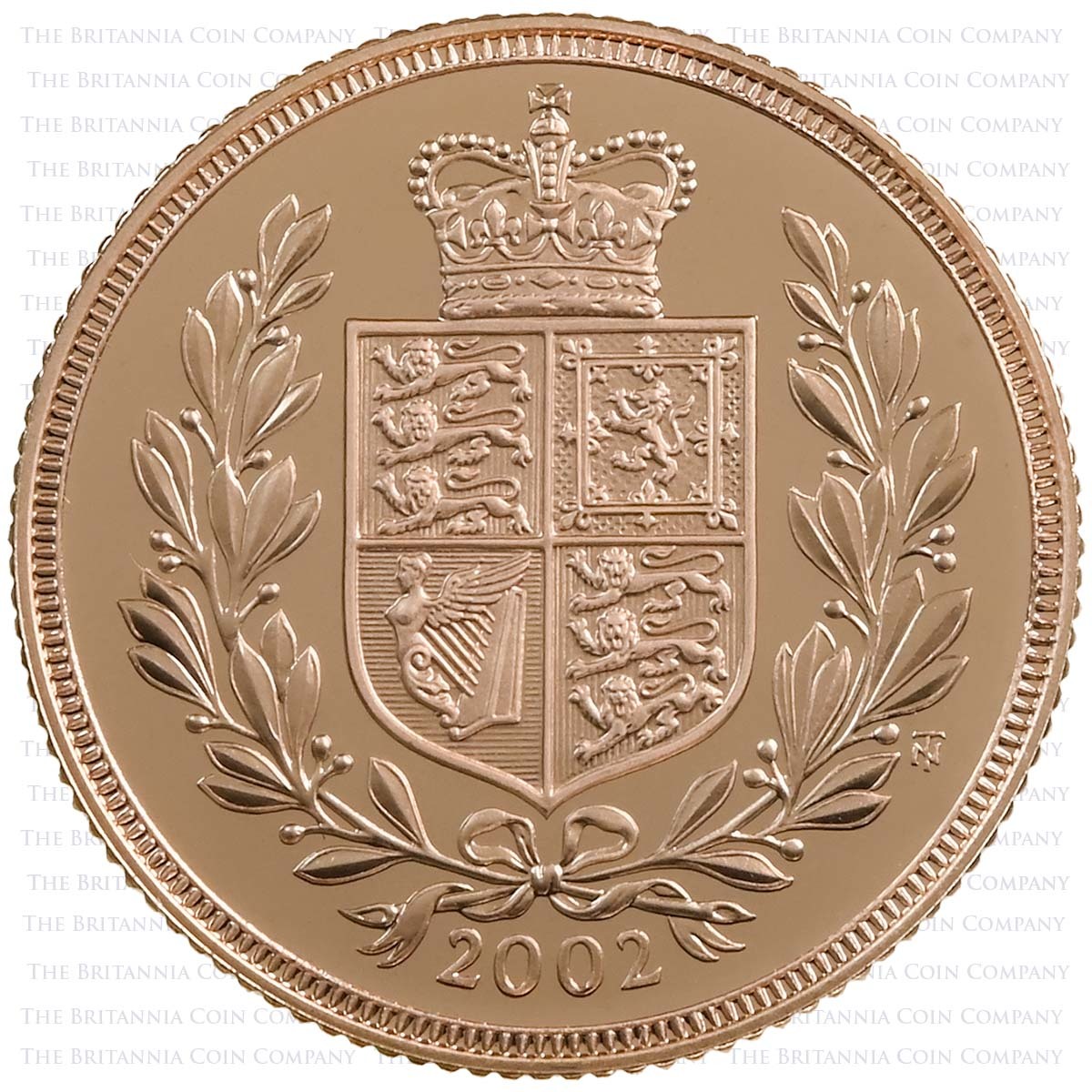 £895.00
(VAT Exempt)
Timothy Noad’s shield design shines on this 2002 gold proof Sovereign, struck to celebrate Her Majesty’s Golden Jubilee. It’s a remarkable milestone, achieved by few British monarchs. One of Elizabeth II’s predecessors who also celebrated fifty years on the throne was Queen Victoria who marked her Golden Jubilee in 1887. Noad’s design, used only in 2002, takes inspiration from the Sovereign’s of Victoria which also featured a shield on their reverse. He simplifies the historic design which is surrounded by a laurel wreath for a stylish engraving that appears across coins in the 2002 Sovereign family. It’s a rare modern deviation from the classic Saint George, rendered by Benedetto Pistrucci in 1817. Noad’s shield-back is paired with Ian Rank-Broadley’s portrait of Her Majesty the Queen, used on British coinage between 1998 and 2015. Struck to proof standard in 7.98 grams of 22 carat gold. This Sovereign has the standard 22.05 millimetre diameter and a milled edge. Just 12,500 proof Sovereigns were issued by The Royal Mint in 2002, not including those included in sets. This example comes in a capsule within its original presentation box with a numbered certificate of authenticity enclosed. A key addition to any proof Sovereign collection.
Quantity
Cost Per Unit
Starts From
1+
£895.00
£895.00
Track Product
You are not logged in. Please Login to track this product.
Description Summary Specification Royal Mint About us

A sought-after proof Sovereign with a special shield reverse to mark the Queen's Golden Jubilee.

Most Sovereigns feature an instantly-recognisable image of Saint George, slaying a dragon: a design crafted by Italian artist, Benedetto Pistrucci.

2002 proof Sovereigns mark a rare departure and instead feature a design inspired by the royal arms. Shield reverses like these were last used on gold Sovereigns during the reign of Queen Victoria though the arms on 2002 Sovereigns are those of Victoria's great-great granddaughter, Queen Elizabeth II.

The special design of 2002 Sovereigns was part of the official celebrations held for Her Majesty the Queen's Golden Jubilee. It was an appropriate way to mark 50 years on the throne, connecting one British monarch to her remarkable ancestor, who celebrated her own Golden Jubilee in 1887.

Just 12,500 of these special Golden Jubilee Sovereigns were released by The Royal Mint in 2002.

Your 2002 Golden Jubilee proof Sovereign comes in its original packaging from The Royal Mint. This consists of a velvet lined presentation box in which the coin is presented inside a capsule. Also included: a numbered certificate of authenticity.

If you're considering Golden Jubilee Sovereigns there are a range of other options to consider: