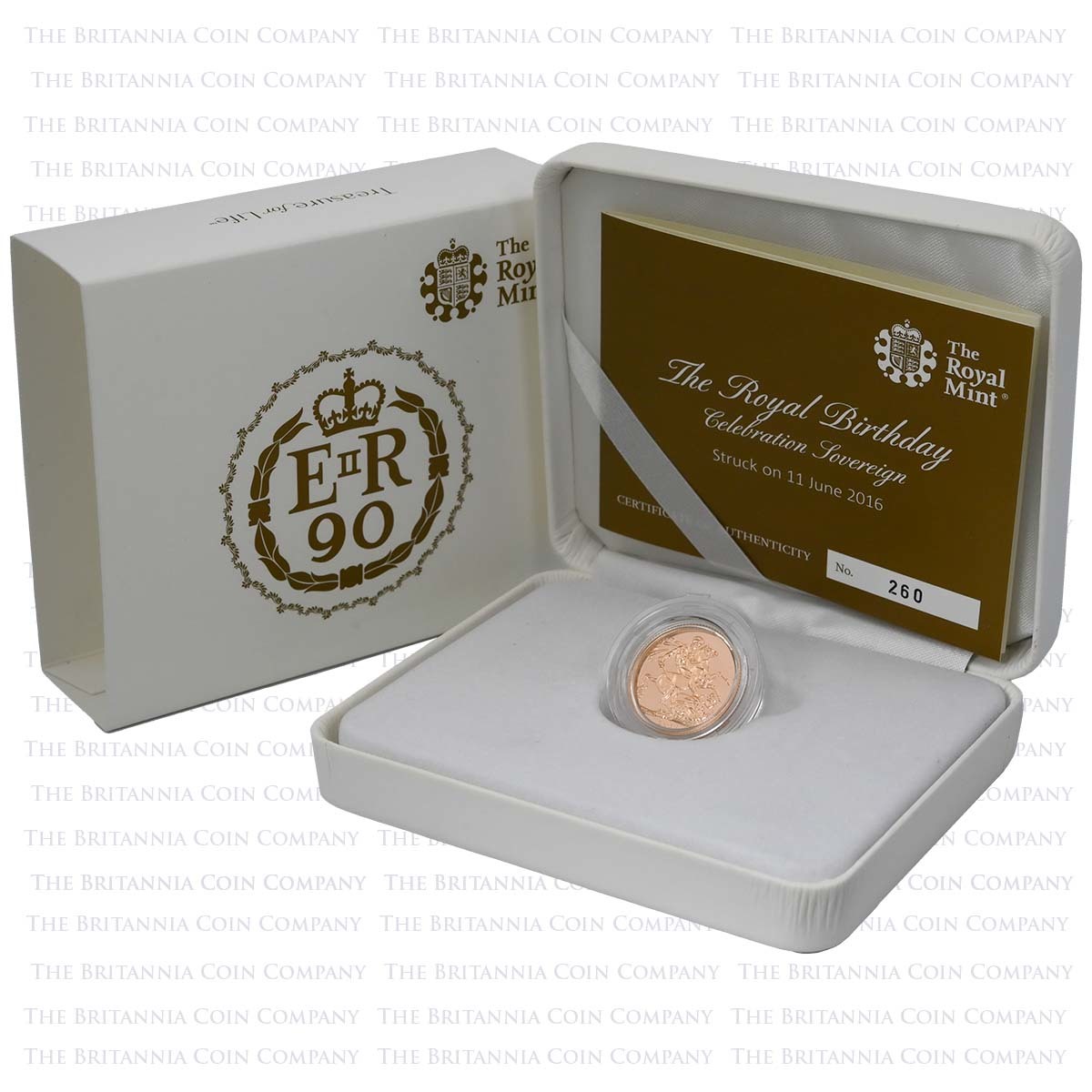 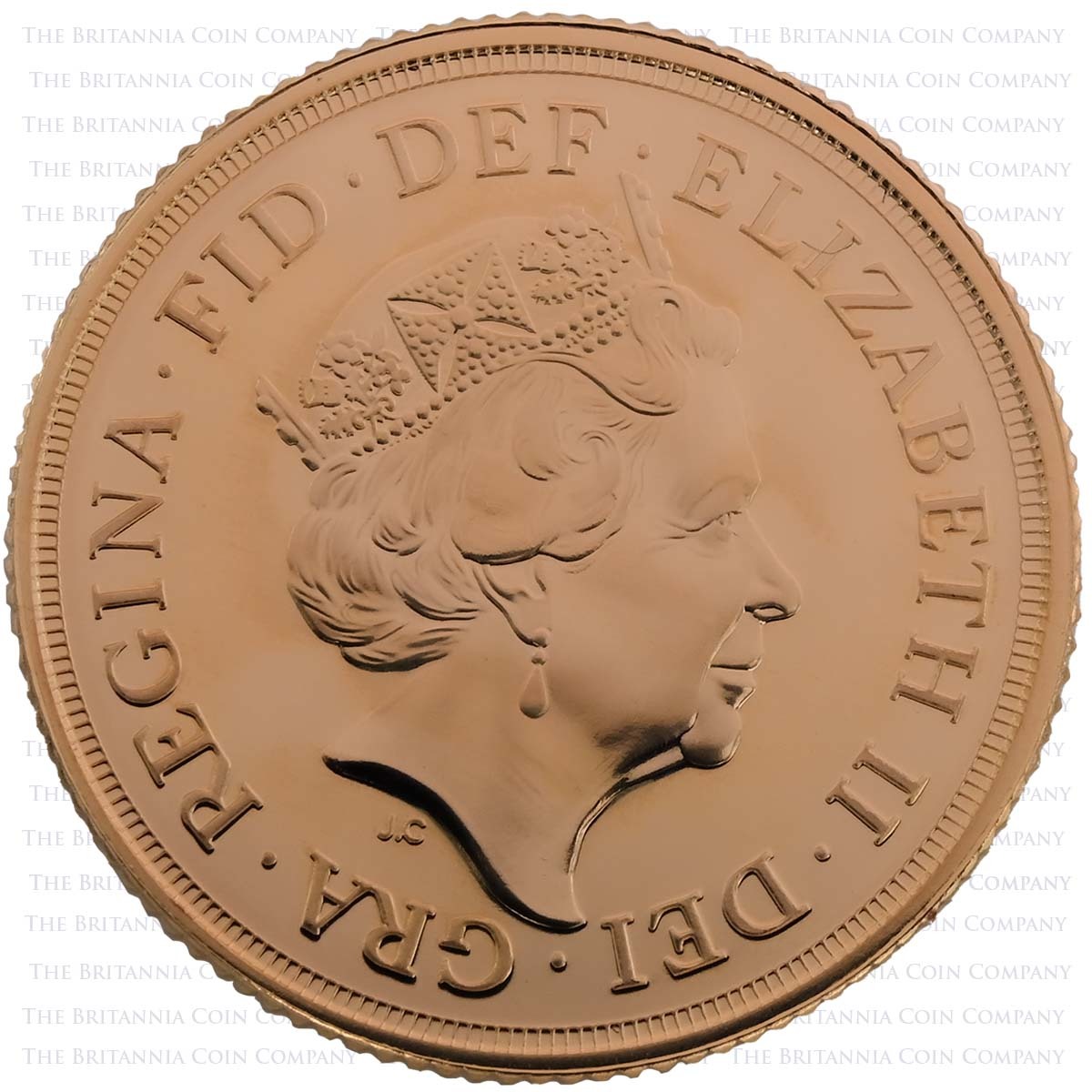 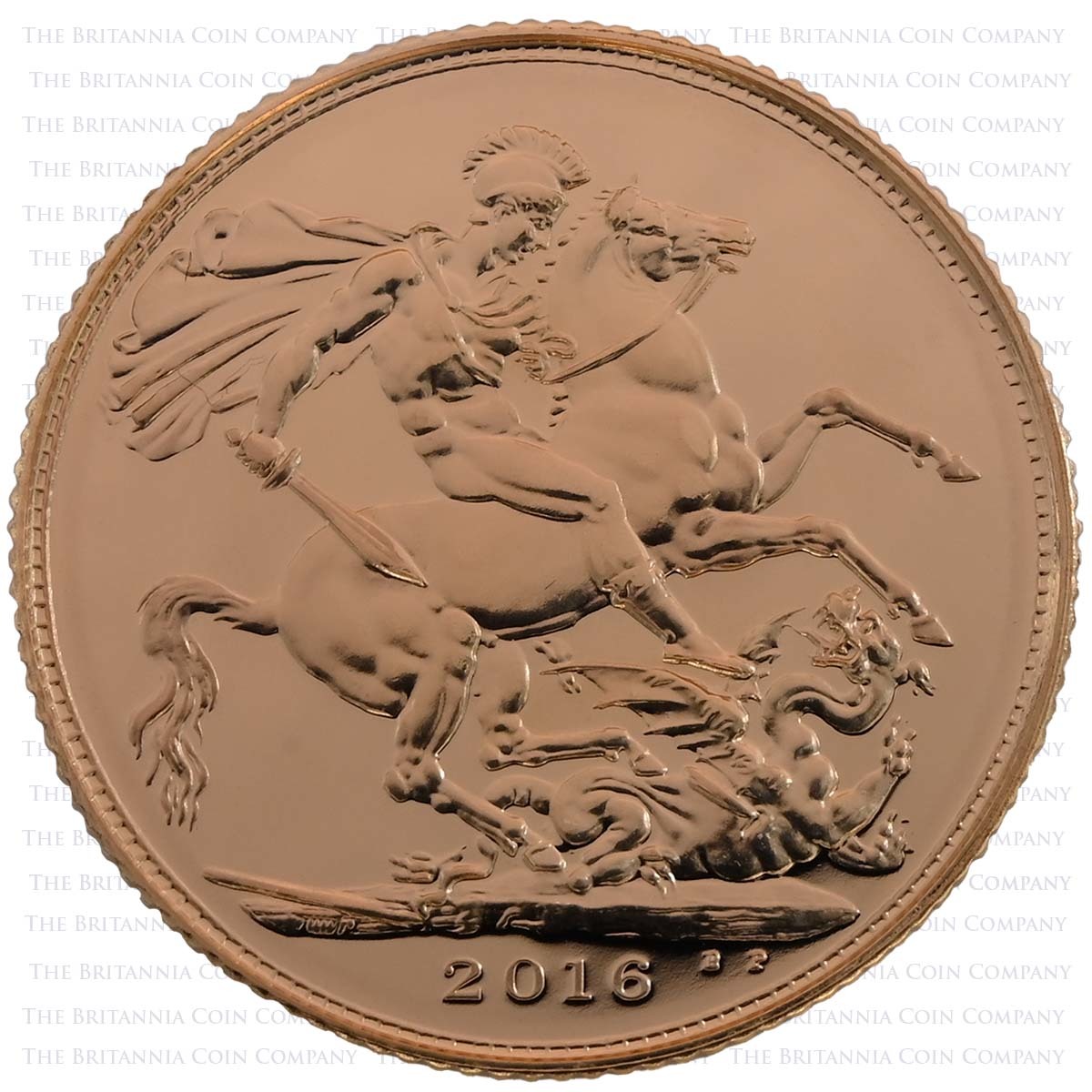 £495.00
(VAT Exempt)
2016 was the year of Queen Elizabeth II’s ninetieth birthday. Elizabeth - already Britain’s longest reigning monarch - celebrated her real birthday on 21 April and her official birthday on the second Thursday in June which fell on 11 June in 2016. To celebrate, The Royal Mint struck a limited number of gold Sovereigns on the day of the official birthday. This example shows Jody Clark’s portrait of Her Majesty to the obverse. Introduced in 2015, this is the fifth official profile to be featured on her coinage during her reign as Britain’s longest serving monarch. Clark’s effigy is paired with the classic Saint George and the Dragon reverse, designed by Italian artist Benedetto Pistrucci for the first modern Sovereigns. This gold Sovereign is struck to The Royal Mint’s brilliant uncirculated or BU finish. This offers a superior level of detail and shine compared to circulating or bullion-grade coinage. The finish is preserved by the coin’s capsule and presentation case is provided with the product. Also included: a numbered certificate of authenticity which confirms that this coin is one of just 499 issued in this presentation. Like all Sovereigns, this one is composed of 7.98 grams of 22 carat gold and has a diameter of 22.05 millimetres.
Quantity
Cost Per Unit
Starts From
1+
£495.00
£495.00
Track Product
You are not logged in. Please Login to track this product.
Description Summary Specification Royal Mint About us

2016 was the year of Her Majesty the Queen's ninetieth birthday. Already Britain's longest reigning monarch she’s also our oldest monarch, surpassing Queen Victoria's 81-year record. Elizabeth celebrated her real birthday on 21 April and her official birthday on the second Thursday in June which fell on 11 June in 2016. British monarchs have celebrated an official birthday since the reign of George II.

The Royal Mint marked the occasion with a special £5 Crown and some new additions to their Sovereign range. Proof Sovereigns issued in this year bore a special one-year-only portrait by James Butler MBE RA. However, this brilliant uncirculated Sovereign, as well as 2016 bullion Sovereigns show Jody Clark's portrait of Elizabeth II, introduced the previous year. The classic Saint George design is used for the reverse.

Strike of the Day

This Sovereign was struck on the day of the Queen’s official 90th birthday: 11 June 2016.

It was one of just 499 issued by The Royal Mint to commemorate the occasion. These coins were minted to brilliant uncirculated (BU) standard, offering a much finer finish than ordinary circulating coins and making them perfect for collectors.

Like all Sovereigns, this 2016 Strike of the Day example is exempt from Capital Gains Tax as UK legal tender and free from VAT in the UK and EU as investment grade gold.

Considering a 2016 Sovereign? We have a range of alternate options:

From a limited edition presentation of 499