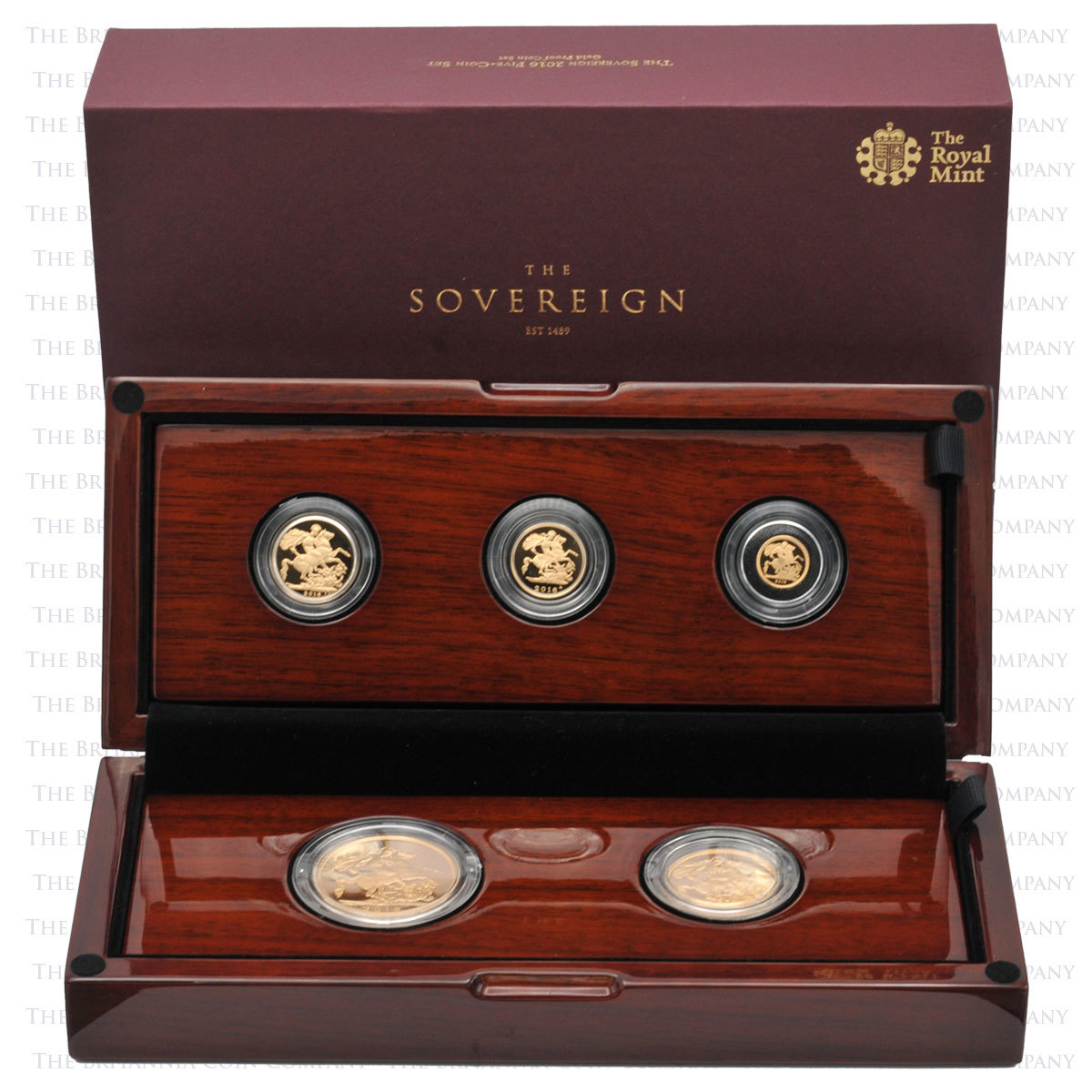 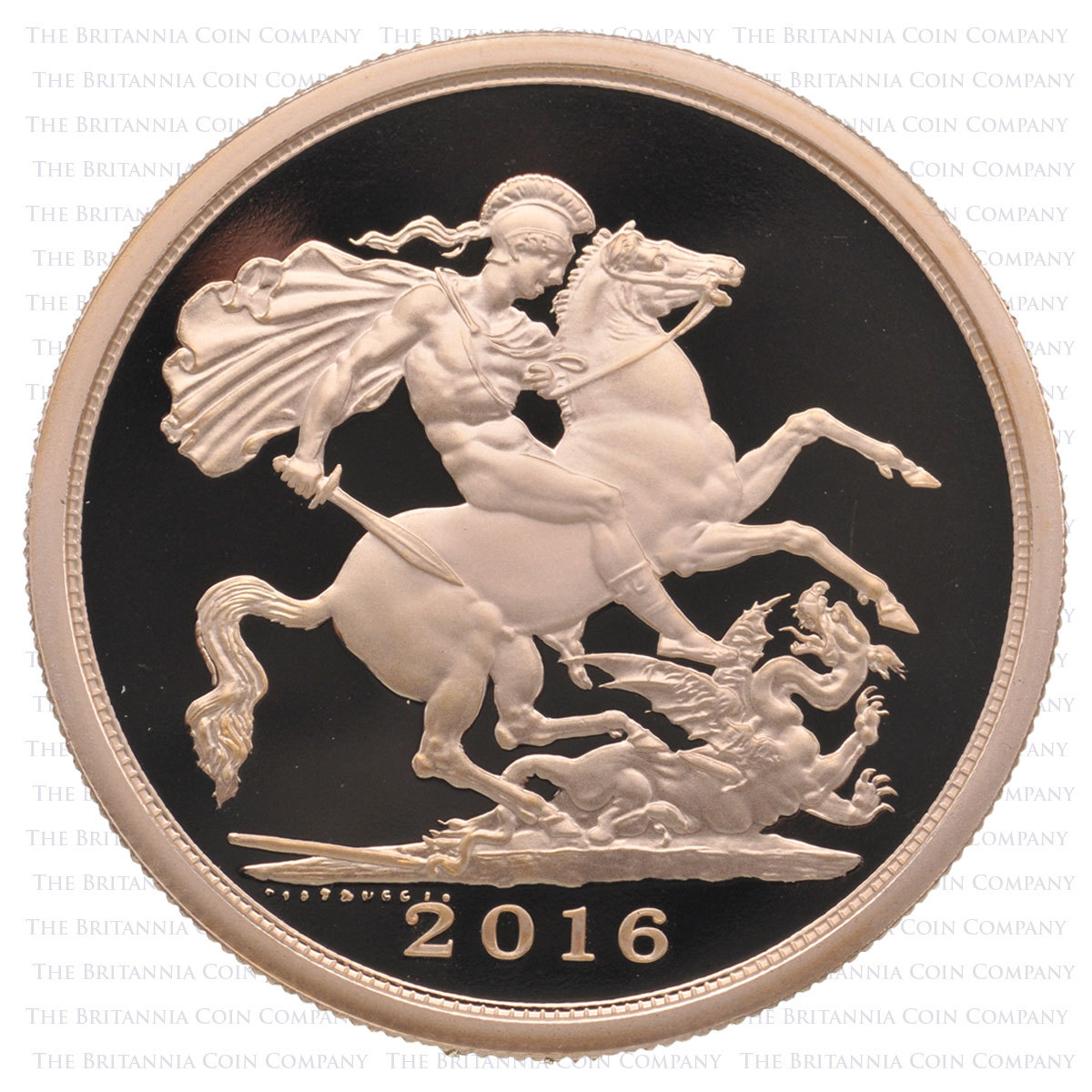 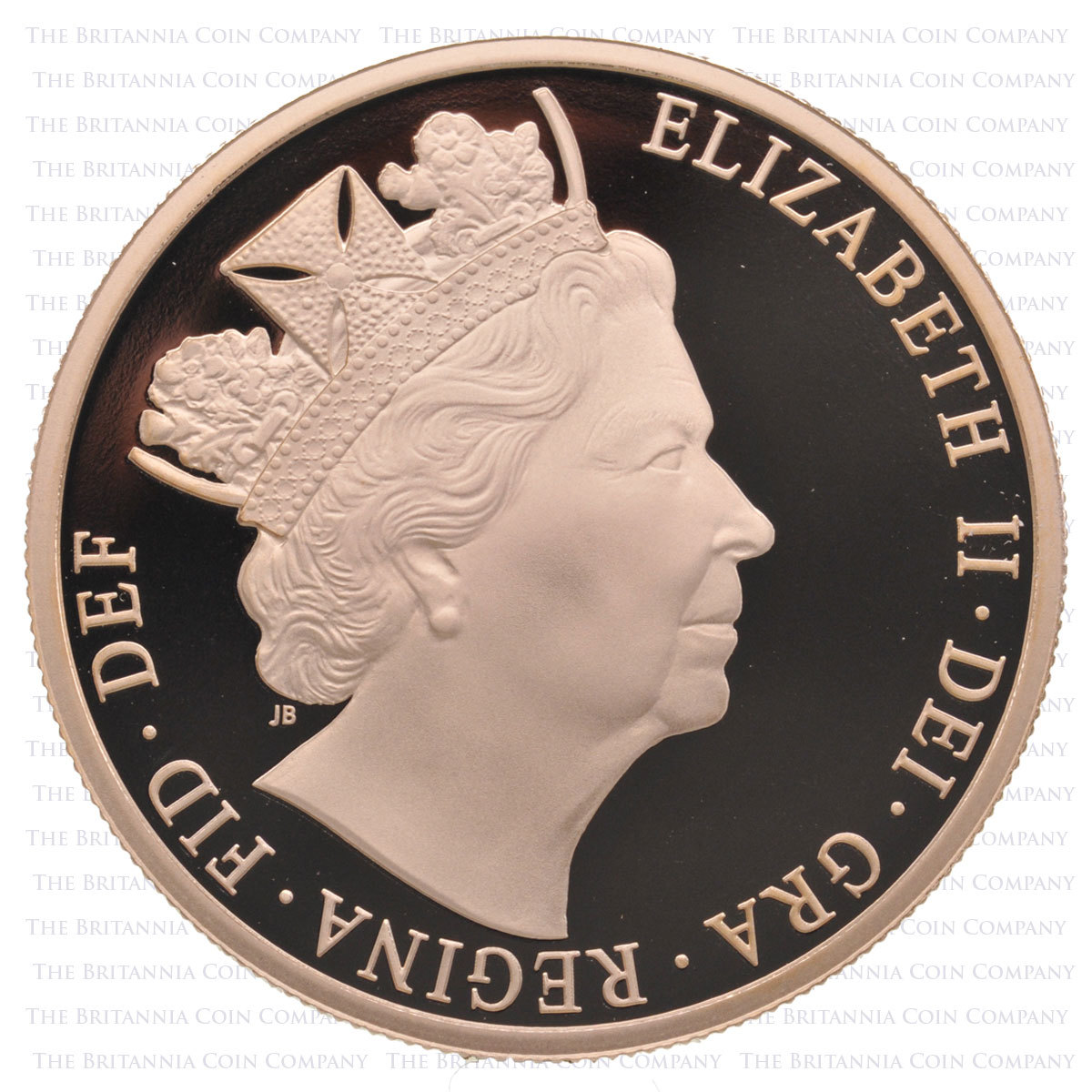 from
£6,750.00
(VAT Exempt)
To celebrate Queen Elizabeth II's 90th birthday year in 2016, the Royal Mint invited renowned sculptor James Butler MBE RA to create a new portrait of Her Majesty which would only be used for the 2016 gold proof Sovereign family. This one-year-only effigy features on all the coins in this five coin set which includes a 2016 proof Quintuple Sovereign, a 2016 proof Double Sovereign, a 2016 proof ‘full’ Sovereign as well as a 2016 proof Half Sovereign and a 2016 proof Quarter Sovereign. Each coin shows the classic St George and the dragon reverse. The collection is offered in its original packaging from The Royal Mint with a numbered certificate of authenticity. This confirms that only 500 of these limited edition five coin sets were issued in this year. VAT and Capital Gains Tax free, price includes free, insured UK delivery.
Log in to get notified when this product is back in stock.
Track Product
You are not logged in. Please Login to track this product.
Description Summary Specification Royal Mint About us

A sculptor, known for his towering civic works, Butler has also designed a number of Royal Mint coins, including a 50p commemorating Roger Bannister's four-minute mile. This portrait of Elizabeth II, wearing the State Diadem, isn't his first. He was also responsible for the image of the Queen that appears on her Great Seal, adopted in 2001. Speaking of his effigy, Butler said:

‘I wanted to show a likeness of her, an affectionate image, as this was a celebration rather than a circulating coinage portrait.’

Butler's portrait is accompanied by the traditional image of Saint George and the Dragon. A perennial feature of the Sovereign since its inception, this reverse design is the work of Italian engraver, Benedetto Pistrucci.

This five coin set is the largest Sovereign set offered by The Royal Mint in 2016 and features all five coins in the 2016 Sovereign family, including:

All the pieces in this set feature the James Butler portrait, paired with a St George and the Dragon reverse, scaled to the individual coins.

This 2016 five-coin set is offered in pristine condition in its original packaging from The Royal Mint. This is composed of an outer box in maroon cardboard which contains a bespoke wood box. Each coin is individually encapsulated. A numbered certificate of authenticity is included.

All coins in this set are legal tender and are, as such, Capital Gains Tax free. They are also VAT exempt as investment gold.