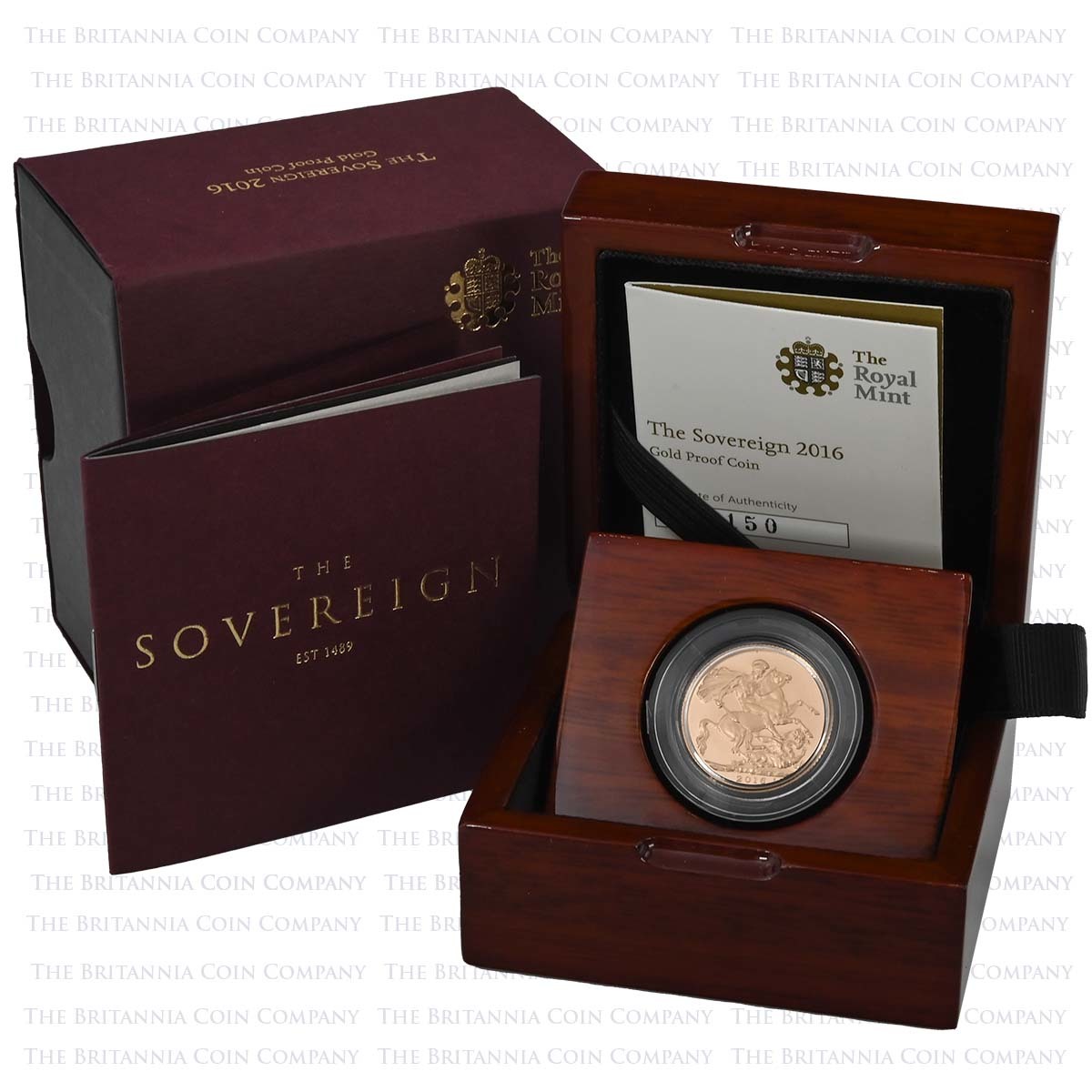 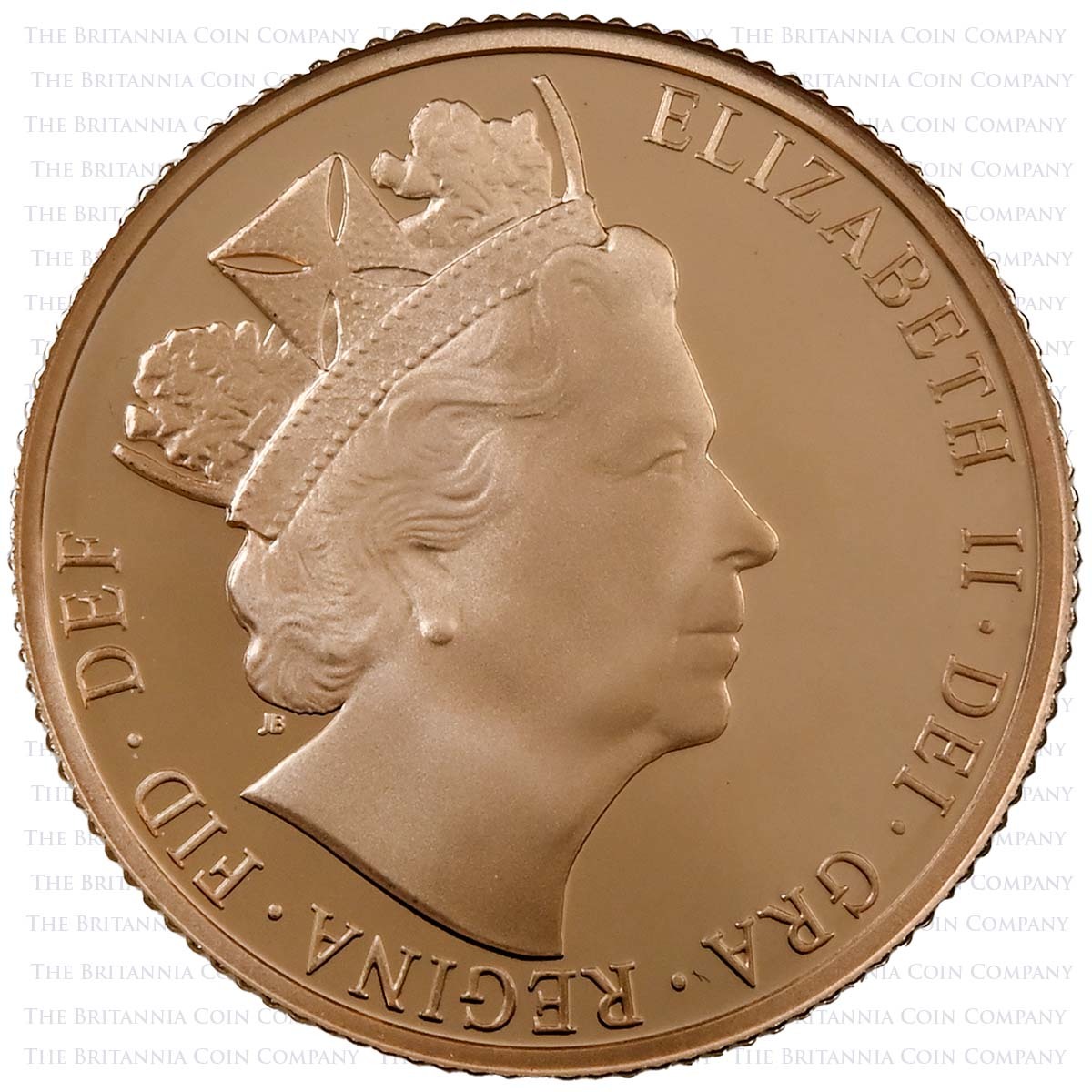 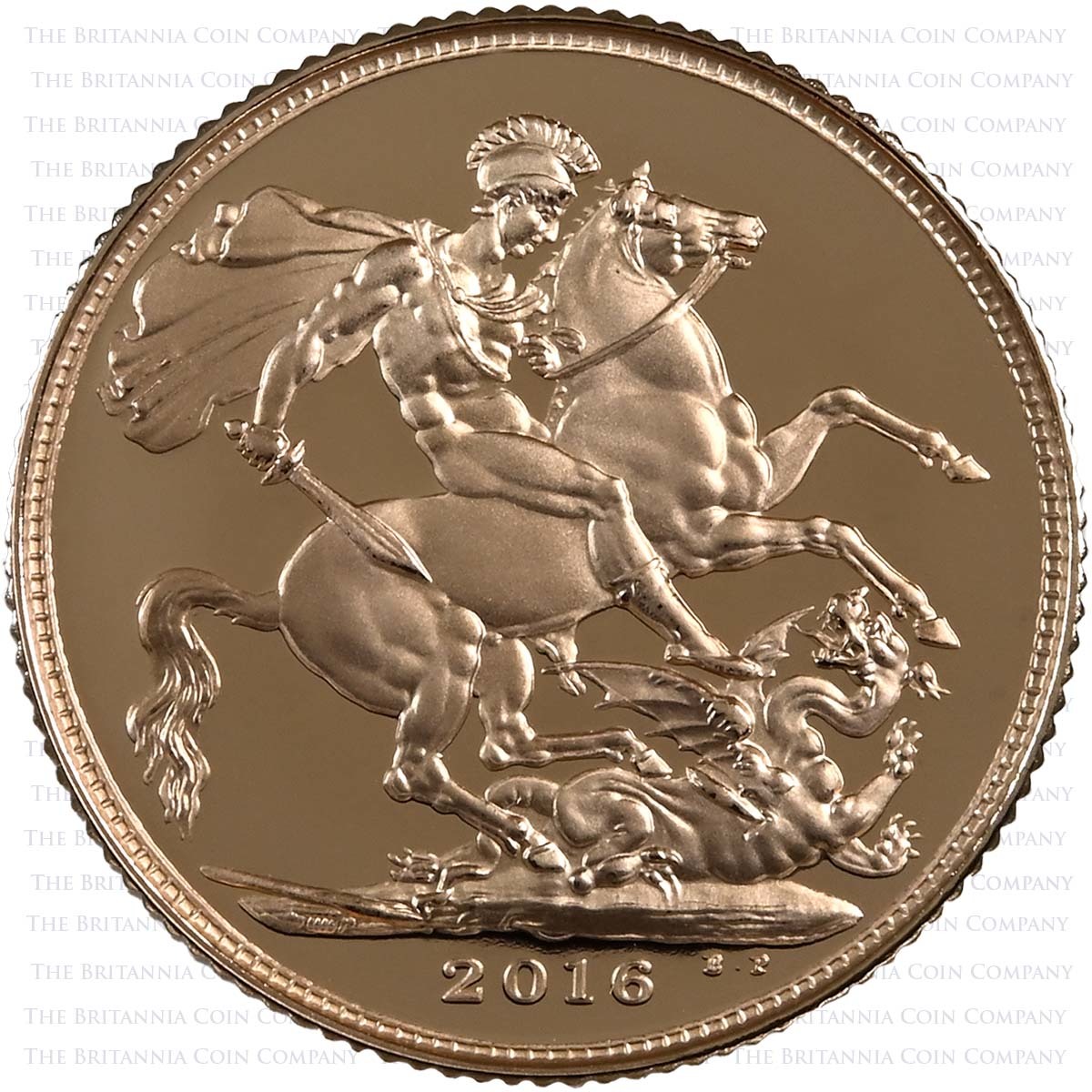 from
£1,075.00
(VAT Exempt)
A 2016 gold proof Sovereign, offered in its original packaging from The Royal Mint. One of only 9,675 proof Sovereigns struck in this year, this coin features a unique obverse, crafted by sculptor James Butler. His portrait of Elizabeth II replaces Jody Clark’s effigy in celebration of Her Majesty’s 90th birthday. This is accompanied by the instantly-recognisable image of a mounted Saint George slaying a dragon, first used on Sovereigns in 1817. Your 2016 proof Sovereign conforms to a rigorous standard: it’s composed of 7.98 grams of 22 carat gold and measures 22.05 millimetres across. The proof finish ensures the highest possible standard of production which is preserved by the coin’s capsule. This Sovereign comes with its numbered certificate of authenticity, confirming its collectibility.
Log in to get notified when this product is back in stock.
Track Product
You are not logged in. Please Login to track this product.
Description Summary Specification Royal Mint About us

The first gold Sovereigns were minted in England in 1489, during the reign of king Henry VII. The Tudor Sovereign provided inspiration for a new coin, first issued in 1817 in the wake of the Napoleonic Wars. The new Sovereign became increasingly popular through the nineteenth century, struck in vast quantities in London but also at branch mints across the Empire.

Sovereigns disappeared from circulation in Britain with the start of the First World War though proof sets were still issued for royal coronations. It was not until 1957 that Sovereigns were regularly minted again, meeting the demand of the international bullion market.

In 1979 The Royal Mint began offering proof Sovereigns annually in limited numbers. The proud heritage of the historic Sovereign lingers around these collector’s pieces which share the same exacting specifications as the coins issued in 1817.

A sculptor, known for his towering civic works, Butler has also designed a number of Royal Mint coins, including a 50p commemorating Roger Bannister's four-minute mile. This portrait of Elizabeth II, wearing the State Diadem, isn't his first. He was also responsible for the image of the Queen that appears on her Great Seal, adopted in 2001. Speaking of his effigy, Butler said:

‘I wanted to show a likeness of her, an affectionate image, as this was a celebration rather than a circulating coinage portrait.’

Butler's portrait is accompanied by the traditional image of Saint George and the Dragon. A perennial feature of the Sovereign since its inception, this reverse design is the work of Italian engraver, Benedetto Pistrucci.

The proof finish of this coin is achieved with hand-finished dies, multiple strikings and careful post-production inspections. This time-consuming process ensures an unmatched level of detail, enabling you to appreciate the design of this coin as it was intended.

The remainder formed part of premium three-coin and five-coin 2016 gold proof Sovereign sets. Bullion 2016 'full' and Half Sovereigns are also available but these feature Jody Clark's portrait of Her Majesty.

Your 2016 Sovereign comes in its original packaging from The Royal Mint, consisting of a wood-effect case and maroon card box. The coin itself remains sealed in a capsule and is accompanied by an information booklet and a numbered certificate of authenticity.