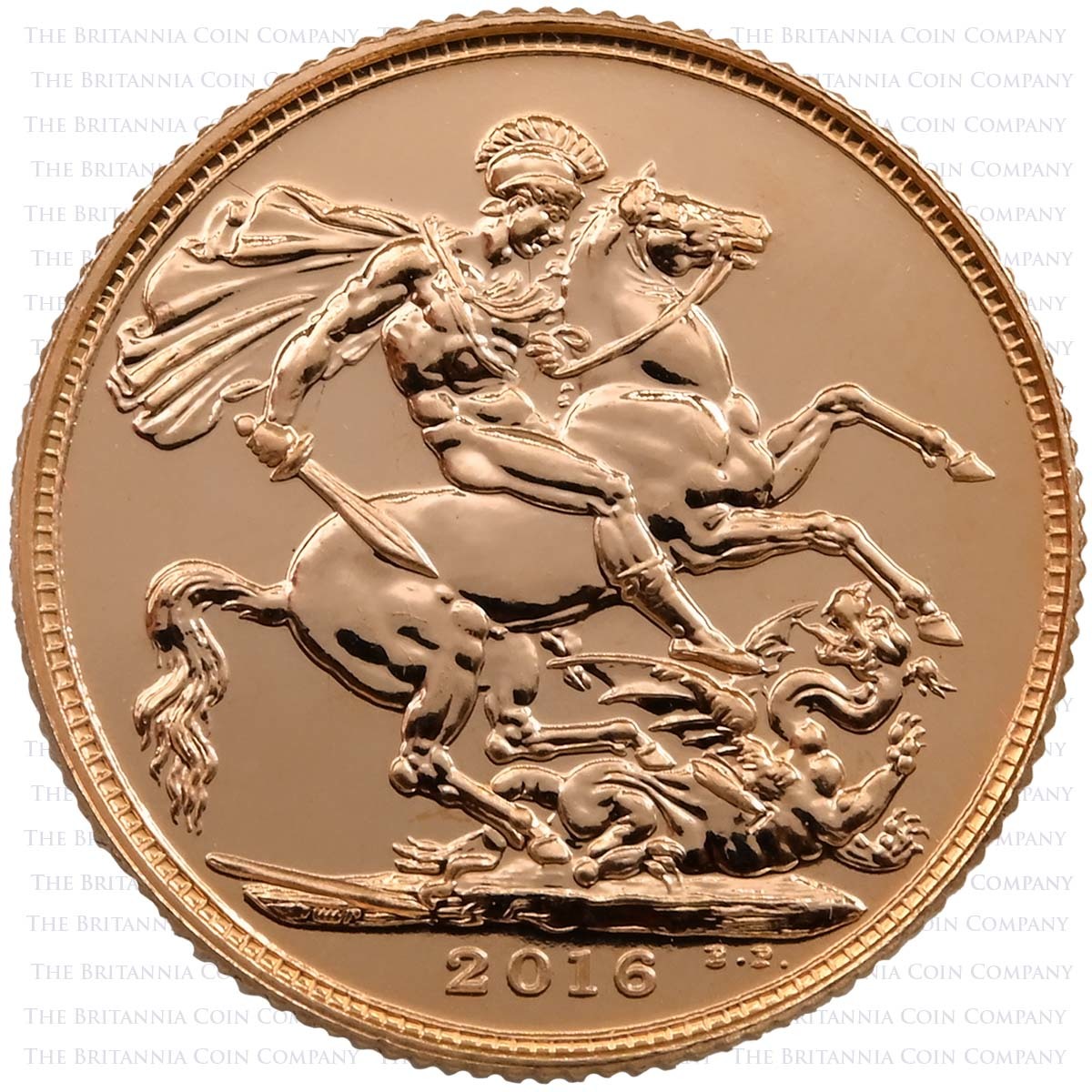 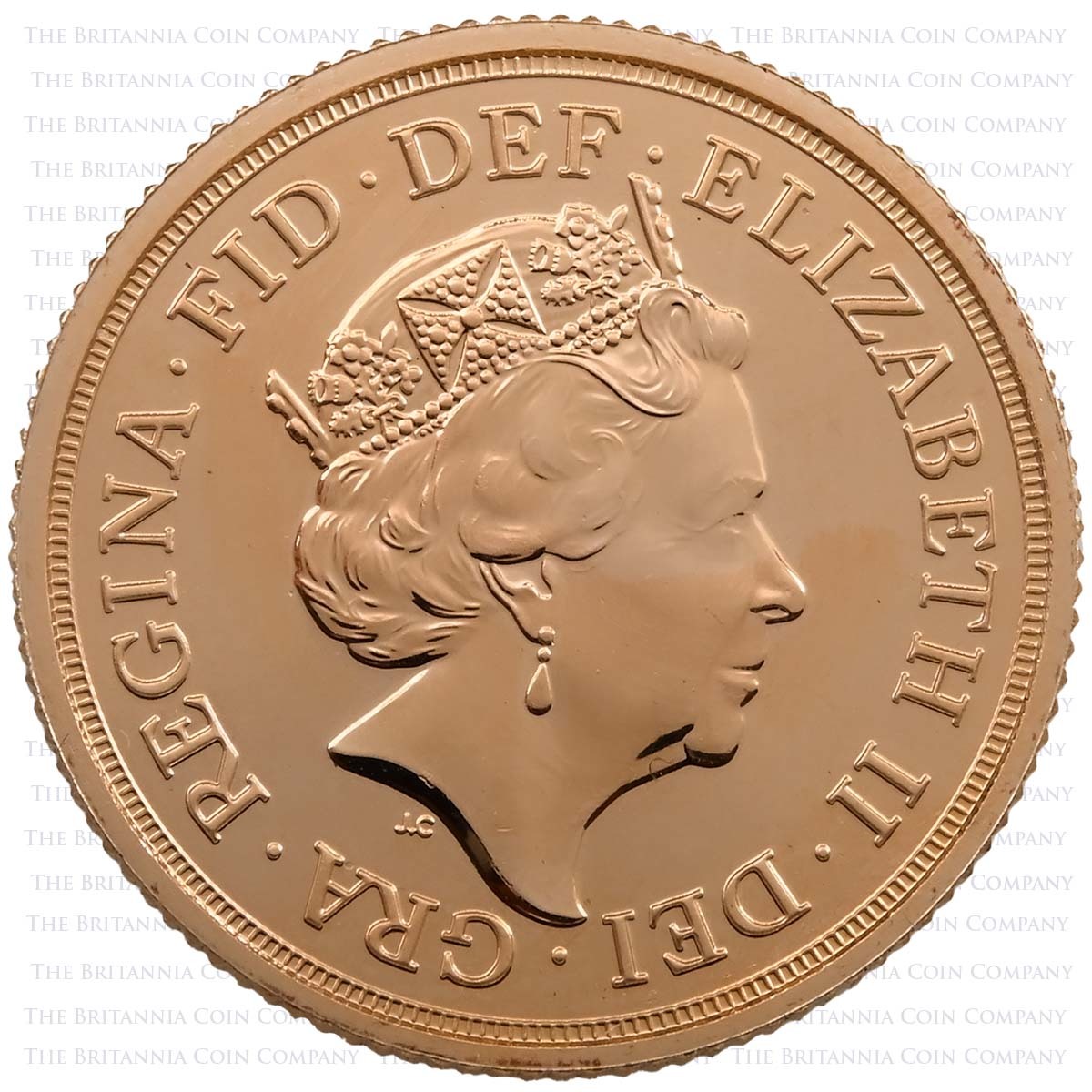 from
£393.55
(VAT Exempt)
2016 gold Sovereign from The Royal Mint, selected by hand from our high-grade bullion stock. Each coin is graded aEF (about Extremely Fine) or better. Extremely Fine coins carry very few marks or signs of wear and therefore make an ideal choice when buying these 22 carat gold coins as gifts. 2016 Sovereigns feature Jody Clark’s fifth official portrait of Her Majesty the Queen, introduced to British coinage the previous year to replace Ian Rank-Broadley’s effigy. This is paired with an instantly-recognisable Saint George reverse, designed for the first modern Sovereigns in 1817. Like all gold Sovereigns, these are exempt from VAT and Capital Gains Tax. Our price includes free, insured UK delivery.
Quantity
Cost Per Unit
Starts From
1+
£393.55
£393.55
Track Product
You are not logged in. Please Login to track this product.
Description Summary Specification Royal Mint About us Reviews

It's a powerful image that has become synonymous with the gold Sovereign. These coins don't carry their denomination on their face as part of their legend like most currency, so the Saint George motif is an easy identifier for many collectors. The coin's date - 2016- appears below the dragon.

Pistrucci's reverse is paired with Jody Clark's fifth official portrait of Her Majesty the Queen. Introduced in 2015, it shows a mature Elizabeth II, wearing the George IV State Diadem. Clark was the first Royal Mint engraver to create a definitive coinage effigy of a British monarch for over 100 years.

Your 2016 Sovereign is hand selected from our best gold bullion stock by our expert staff. Every example is graded aEF (about Extremely Fine) or above. Extremely Fine Sovereigns carry very limited signs of wear and as such make a great choice if you're buying these gold coins as gifts.

There's a few alternate options to consider if you're thinking about buying a 2016 Sovereign:

All Sovereigns, including the 2016 Sovereign are exempt from Capital Gains Tax as UK legal tender and free from VAT in the UK and EU as investment grade gold.

Excellent service. Kept informed when items sent which arrived the following day.
Richard Martin
8th December 2021
You may also like...
Here are some related products