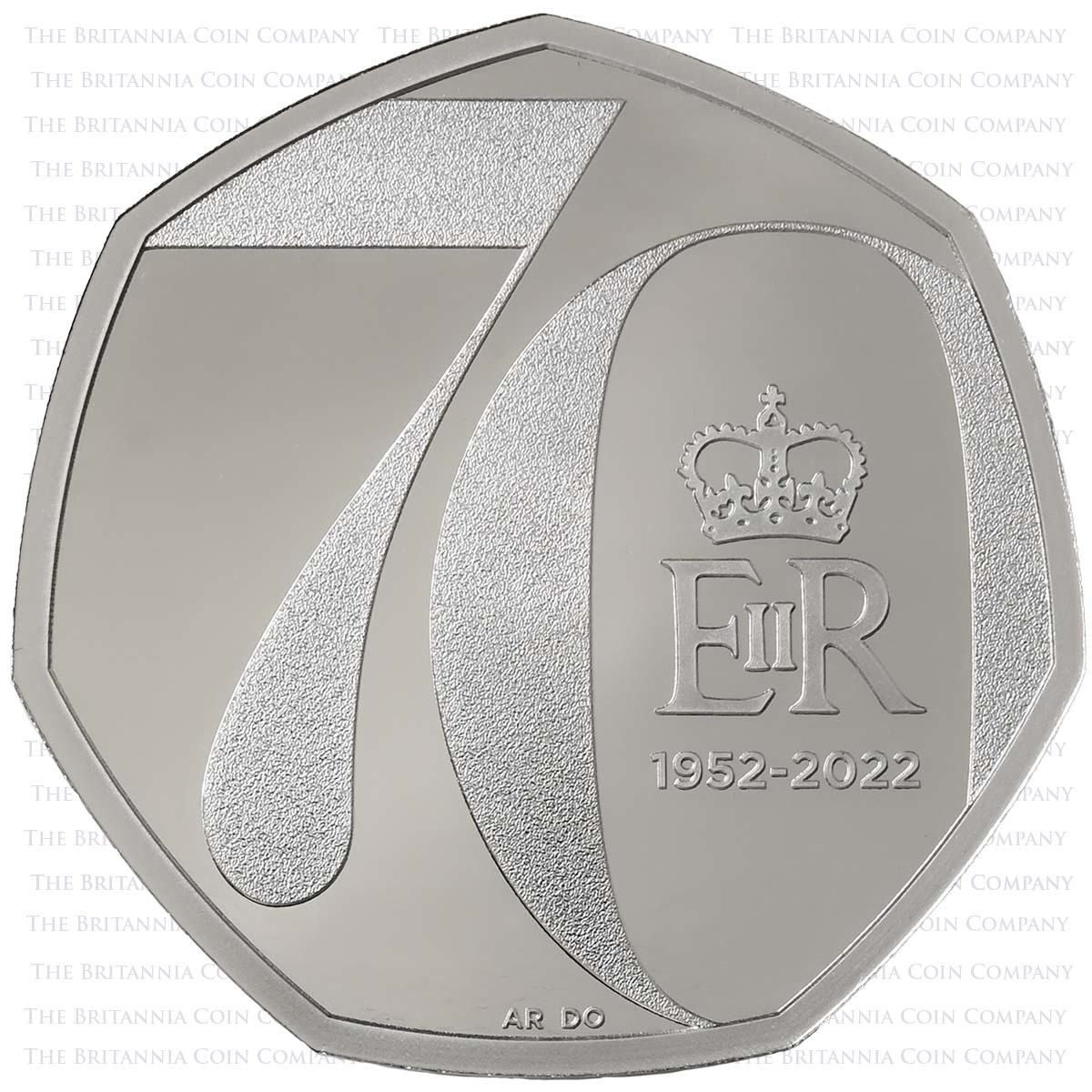 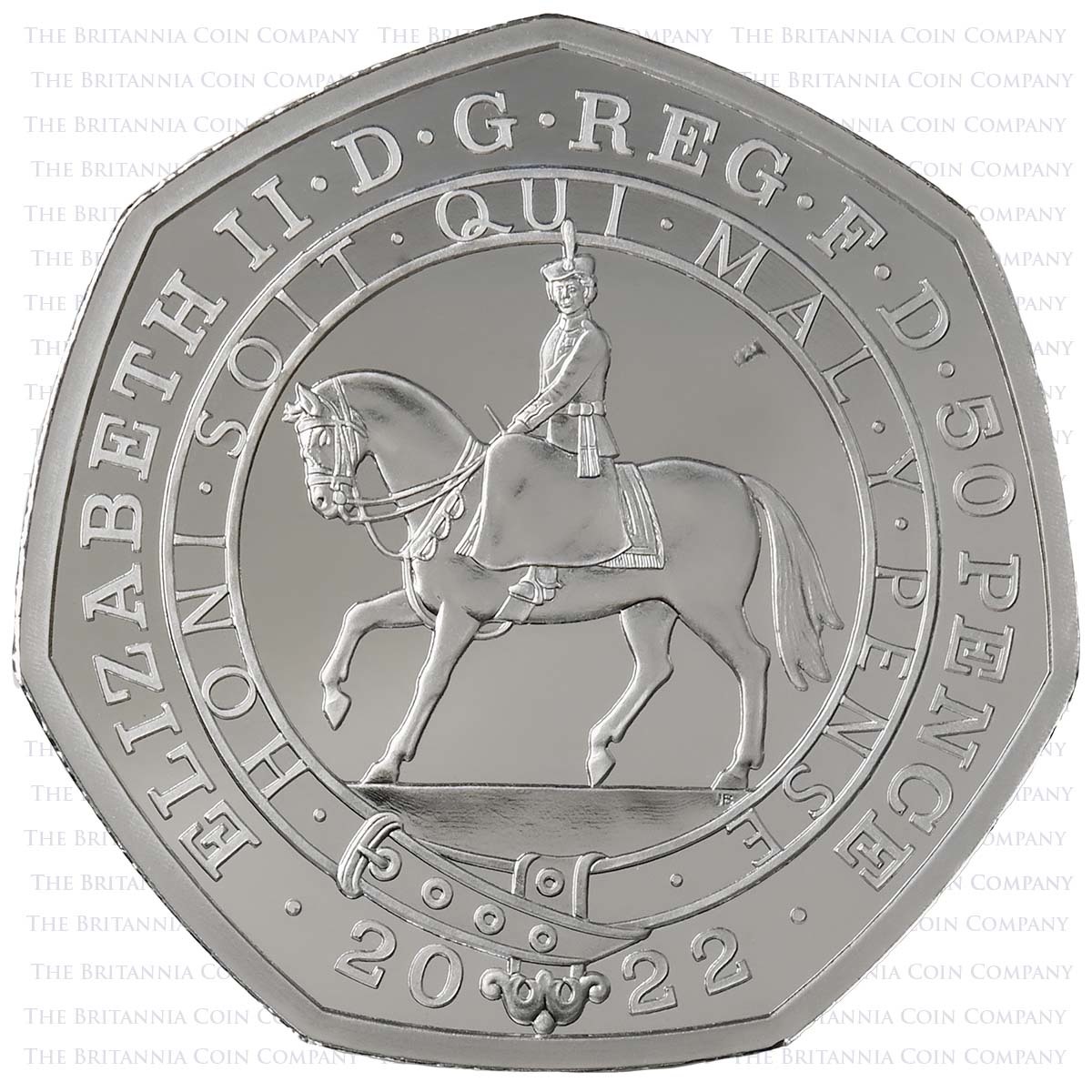 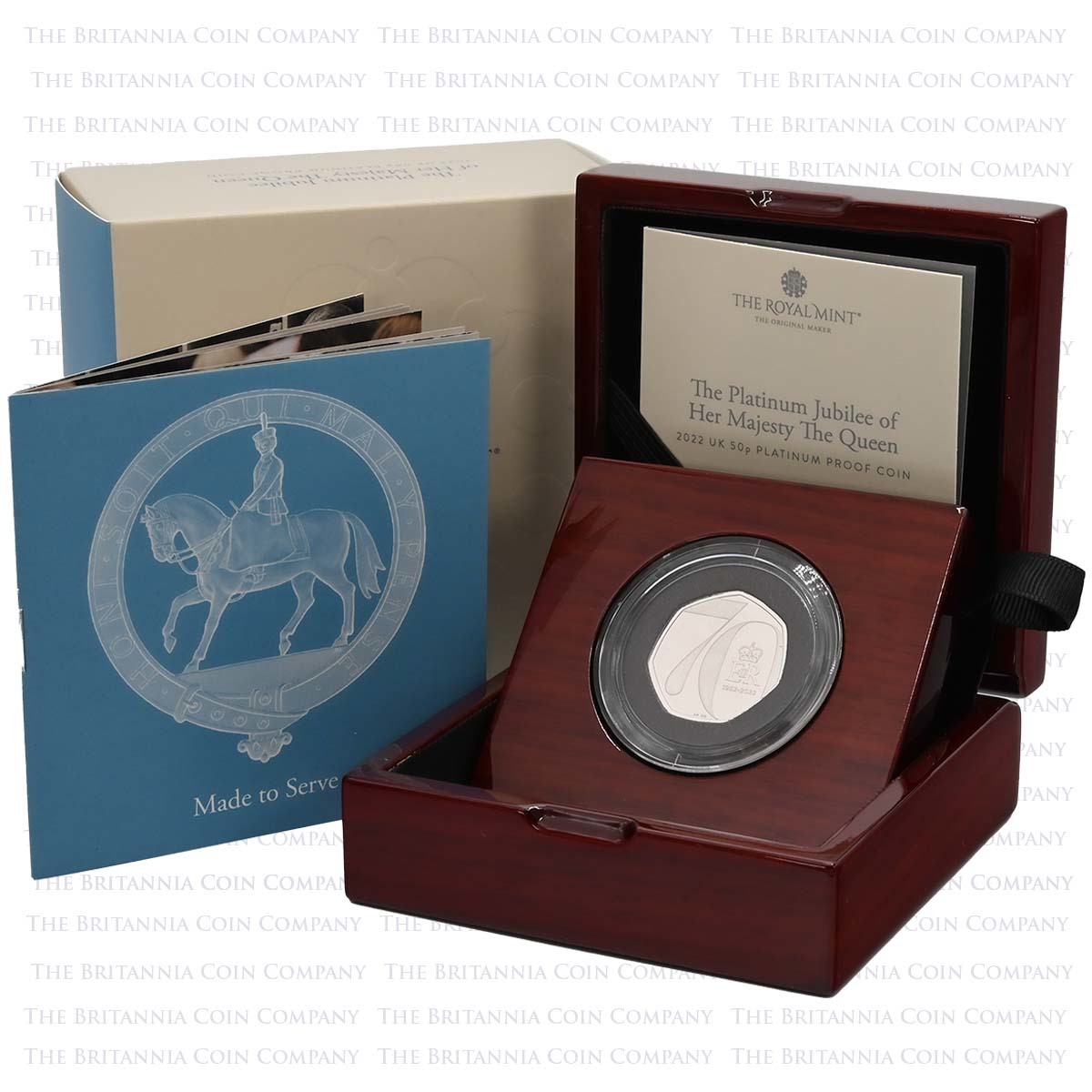 from
£2,500.00
Platinum proof Fifty Pence piece, struck to celebrate Her Majesty the Queen’s Platinum Jubilee. Elizabeth II came to the throne at the age of 25 in 1952 and was crowned the next year. Seventy years on, she’s Britain’s longest reigning monarch and celebrating a record-breaking anniversary. This Royal Mint 50p is the perfect way to remember this unprecedented royal event. Struck to proof standard in 19.073 grams of 999.5 platinum, it’s from a limited edition presentation of only 50 pieces. The reverse features a clean, graphic seventy motif by design agency, Osborne Ross. A royal cypher and the Platinum Jubilee dates appear in the zero (1952-2002). This is paired with a unique obverse, crafted by John Bergdahl. Reminiscent of previous commemorative jubilee coins, it shows the Queen on horseback, surrounded by a garter with the date below. This platinum 50p comes in its original box from The Royal Mint with a numbered certificate of authenticity and a detailed information booklet.
Log in to get notified when this product is back in stock.
Track Product
You are not logged in. Please Login to track this product.
Description Summary Specification Royal Mint About us