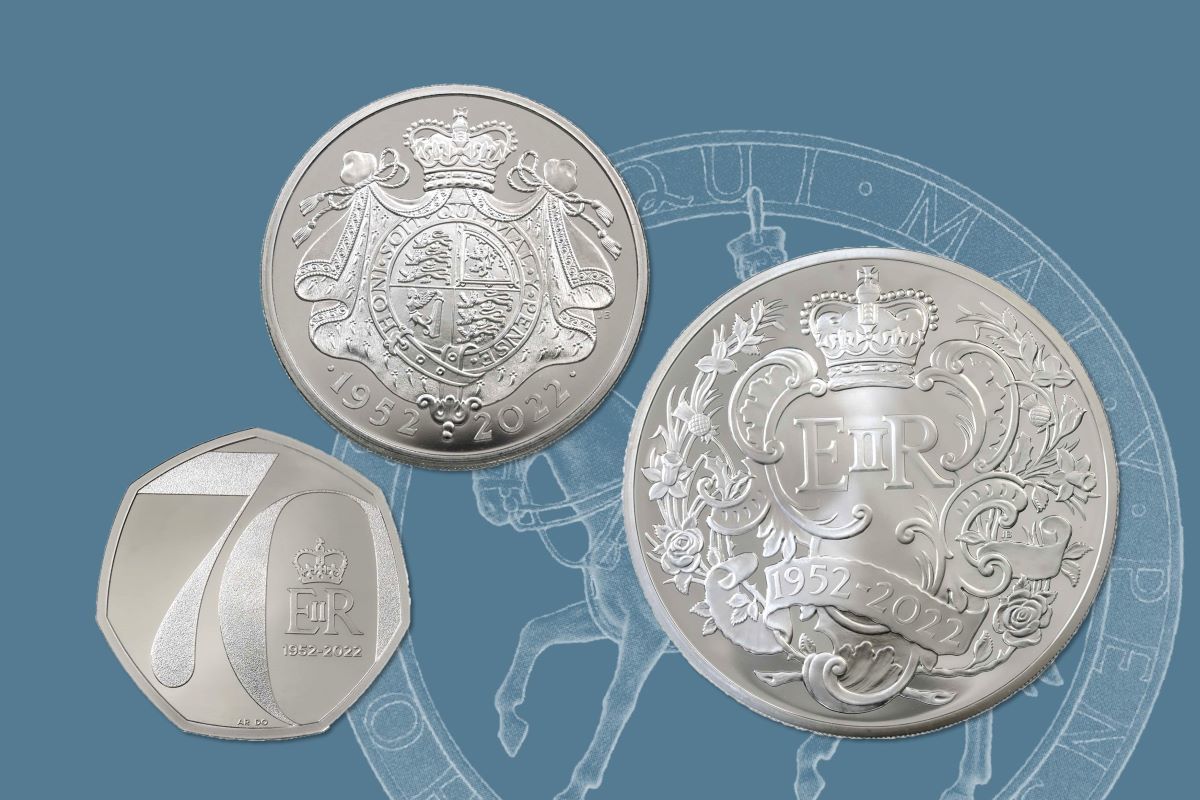 On 6 February 2022, Her Majesty the Queen will celebrate seven decades on the throne. She succeeded her father, King George VI, at the age of 25 in 1952 and was crowned the next year at Westminster Abbey. Already the UK's longest reigning monarch, Elizabeth II will be the first British head of state to mark a Platinum Jubilee.

A range of official events are planned for 2022 but The Royal Mint are ahead of the curve, releasing an extensive range of commemorative coinage just before the anniversary date.

Jubilee coinage is nothing new - the first such commemorative pieces were issued for Queen Victoria - and the Mint has consistently celebrated important dates for Elizabeth II with new designs. This Platinum Jubilee collection, however, might be the most extensive ever issued.

Looking to buy into this once-in-a-lifetime range? We're stocking a wide range of pieces including Sovereigns, Annual Sets, commemorative Crowns, 50ps and more and we've got all the details on a new obverse portrait, used only for Platinum Jubilee coins. Read on for the full run down.

We speculated at length about the 2022 Sovereign ahead of its release and explored its new reverse design in a separate blog post a few months back.

The 2022 Sovereign family is one of those rare and highly anticipated deviations from the classic Saint George and the Dragon design. Instead, the reverse features a special royal arms motif, the work of heraldic artist Timothy Noad. He had previous designed the reverse of the 2002 Sovereign, issued to coincide with the Queen's Golden Jubilee. 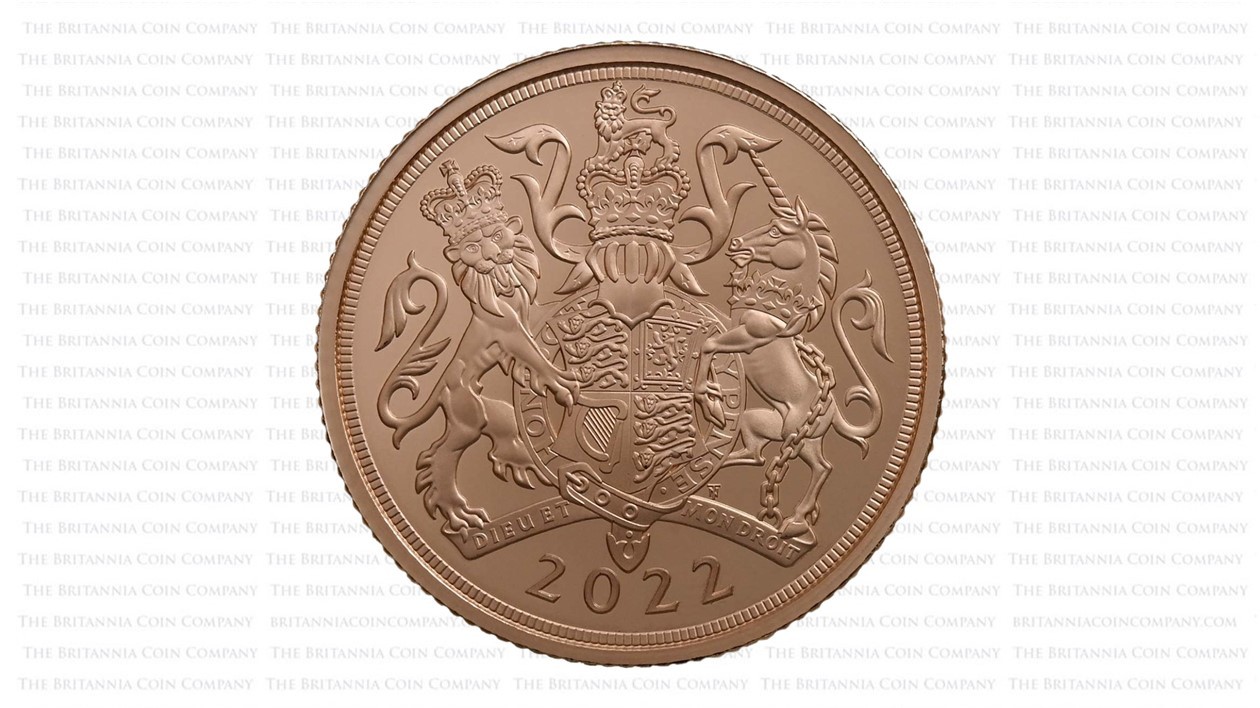 The reverse of the 2022 gold proof Sovereign features Timothy Noad's take on the royal arms.

We've been proud to offer a range of 2022 proof Sovereigns and sets, including:

All the coins in the 2022 Sovereign family feature Jody Clark's royal portrait to the obverse. These pieces were released in late 2021 with a 2022 date.

As in previous years, annual sets are available in a range of different formats, including sets that just include the five commemorative coins, those that also include a definitive set of 2022 coinage and those that just offer the definitive issues. This year we're carrying:

Coins in the platinum and gold proof sets both feature Jody Clark's fifth official effigy of Her Majesty the Queen to the obverse. The cupronickel sets, however, feature a unique design. 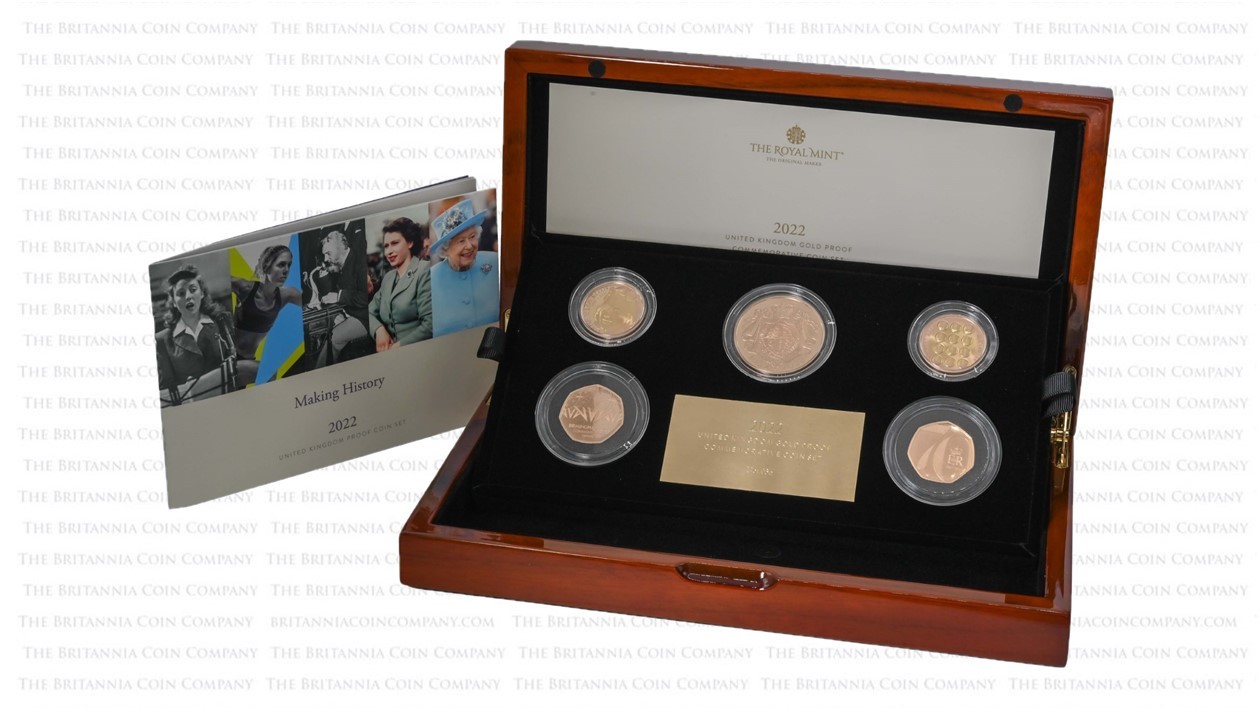 The 2022 gold proof annual set features the five commemorative coins, all with Jody Clark's portrait to the obverse.

The work of veteran coinage designer John Bergdahl, the Platinum Jubilee coinage portrait shows Her Majesty the Queen on horseback, surrounded by a garter motif with the date below.

It's reminiscent though not identical to the 1953 Coronation Crown. Commemorative Crowns issued in 1977 and 2002 for the Silver Jubilee and Golden Jubilee respectively also featured equestrian portraits. Even into her nineties the Queen has been pictured horse riding and is know for her love of the animals. These designs - the new Platinum Jubilee portrait included - offer a little sliver of her character and harken back to historic coinage which has sometimes shown monarchs astride. 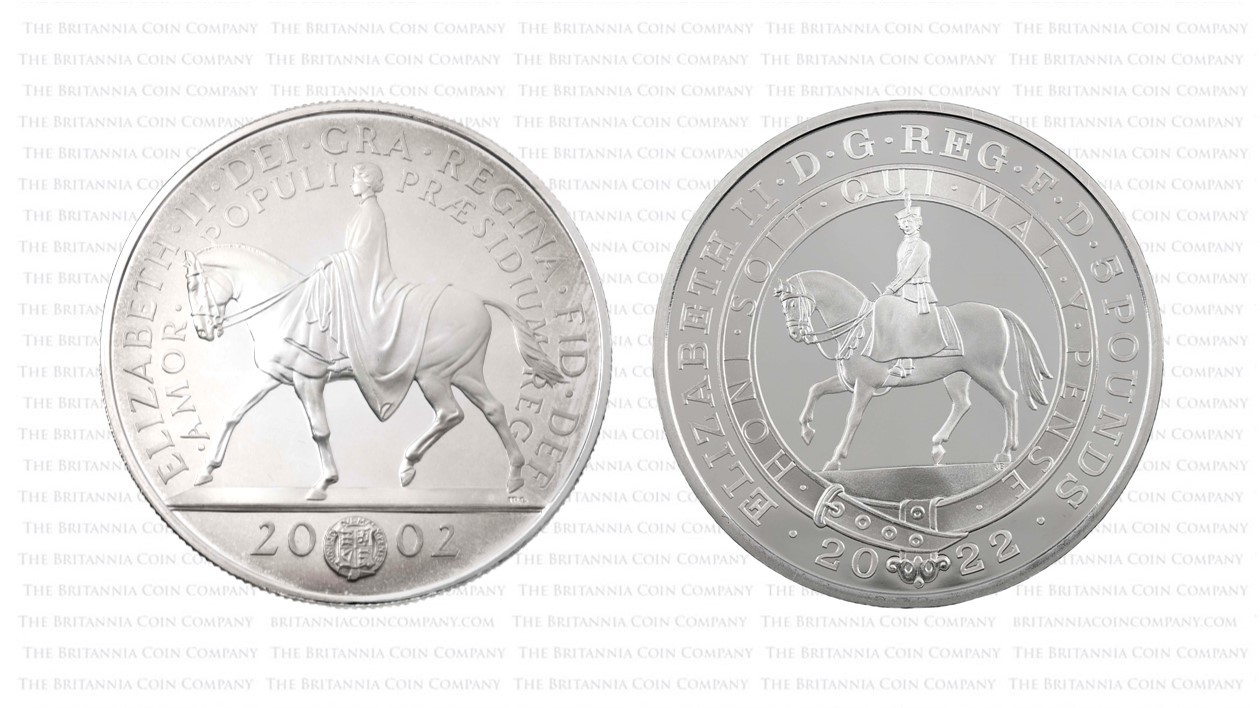 Bergdahl's portrait is used on many of the individually issued Platinum Jubilee coins (more on those below). This adds to the complexity and, ultimately the future collectibility of the 2022 collection, in that 2022 commemorative coinage with both the regular Jody Clark obverse and the Bergdahl obverse is available.

The Royal Mint is certainly no stranger to commemorating royal events and anniversaries on their coinage. However, the primary vehicle for monarchic mementoes is their Five Pound coin (more on those in a minute).

For 2022 the Mint is breaking new ground with the first royal 50p. They've been issuing these seven-sided coins with alternate reverse designs for nearly fifty years at this point but never for a jubilee.

The Platinum Jubilee 50p features a minimal, graphic '70' motif by design agency Osbourne Ross with the royal cypher and anniversary dates (1952-2022) inside the zero. Its a clean-lined, modern design, sure to be popular with collectors of this denomination. 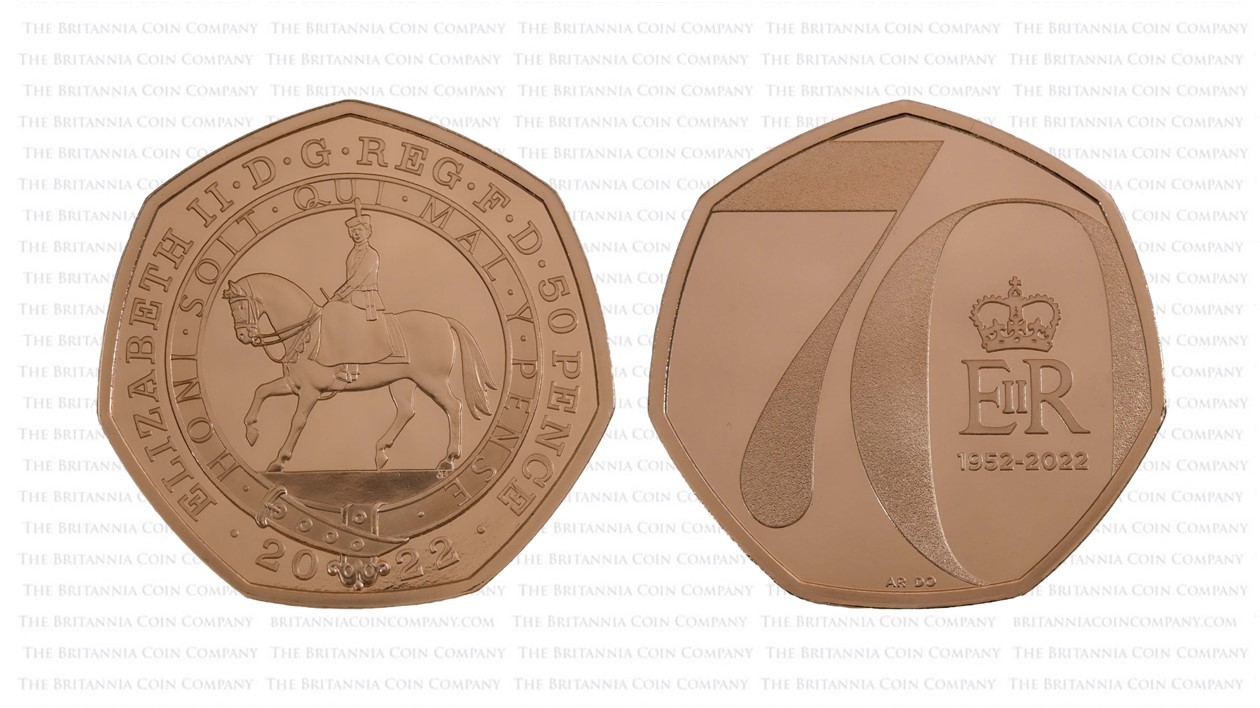 The commemorative obverse and reverse of the Platinum Jubilee 50p as they appear on the gold proof edition.

We're pleased to offer a range of these Fifty Pence pieces, including:

Both feature the new Bergdahl reverse. Silver proof, gold proof and base metal editions of this coin are included in 2022 annual sets.

No jubilee year would be complete without a commemorative Crown. In the early part of Elizabeth II's reign, Crowns were only really issued for these big royal anniversaries. The denomination - still legal tender with a face value of Five Pounds - is now a mainstay in The Royal Mint's annual release schedule but its occasions like this where it really comes into its own as a collectible format.

The reverse 2022 Platinum Jubilee £5 Crown draws inspiration from historic Royal Mint coinage and shows the crowned royal arms, surrounded by a garter and draped with a mantle, reminiscent of the garment Her Majesty wore during her 1953 coronation. The design is also the work of John Bergdahl. It takes inspiration from the the mantle shield reverse used on the coinage of William IV. 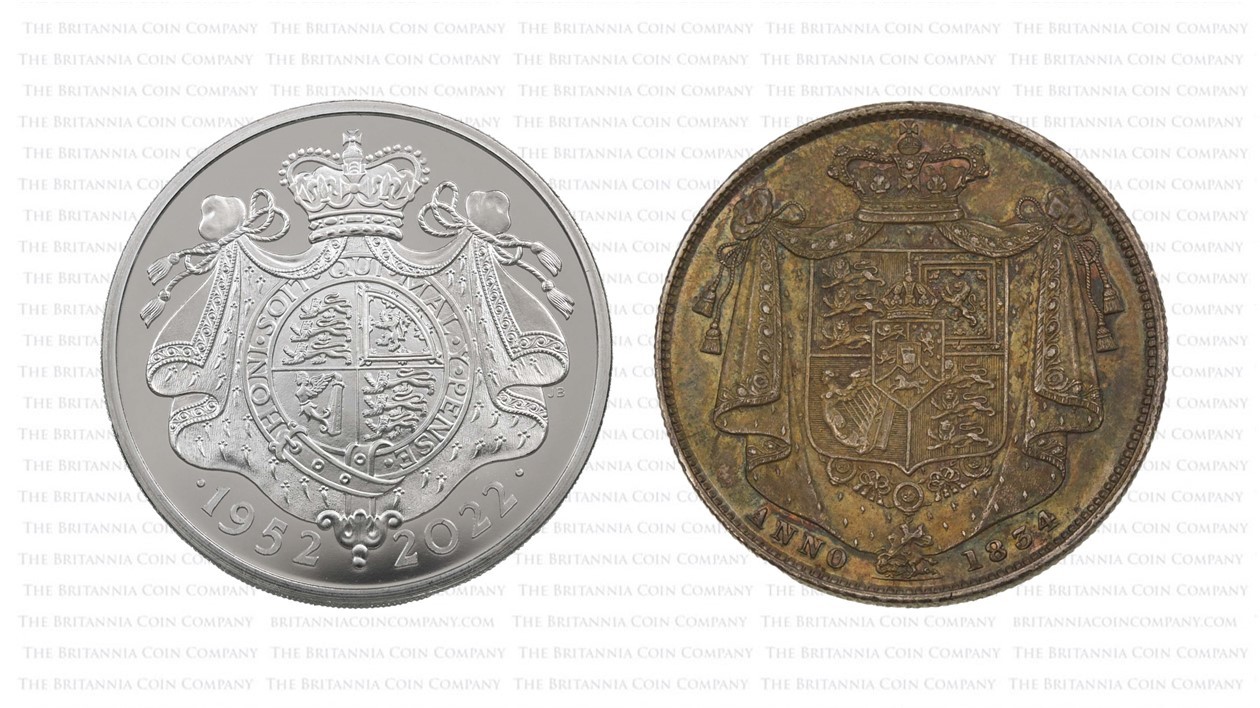 Both of these feature the equestrian Bergdahl reverse and have an edge inscription that reads 'SERVE YOU ALL THE DAYS OF MY LIFE' - a line from the Queen's first Christmas message in 1952 and a promise fulfilled.

The same obverse and reverse designs have also been used for 2oz 999.9 fine gold proof and 2oz 999 fine silver proof Platinum Jubilee coins though these have a milled edge.

We're big fans of the sort of commemorative coin where it becomes necessary to describe them in terms of the amount of precious metal they contain rather than their face value. Luckily, The Royal Mint's Platinum Jubilee offer includes a few of these too with a different reverse design than the smaller commemorative issues.

Right now we have stock of:

These pieces all feature John Bergdahl's equestrian obverse, paired with a decorative design by - you guessed it - John Berghdahl. It shows the Queen's crowned cypher within a series of rococo flourishes and national flower emblems, the anniversary dates on a scroll below ('1952-2022'). Its richly detailed and looks great across the larger surface area of these heavier pieces. 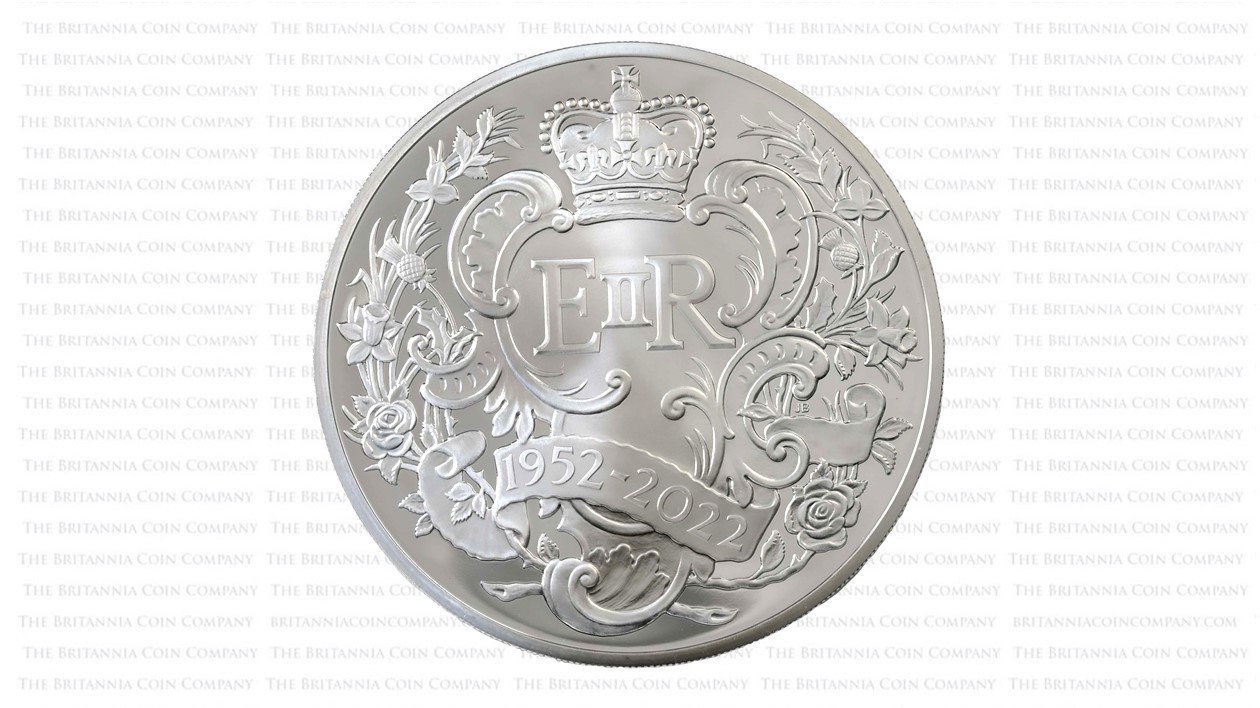 We were really pleased to be among the first UK coin dealers shipping out 2022 Sovereigns and Annual Sets and its been great to see these pieces in customers hands on social media.

Have you purchased a 2022 Platinum Jubilee coin or set? Show it off by sharing with us on Facebook, Twitter or Instagram or use the hashtag #britanniacoinco.

An extensive range of Royal Mint Annual Sets are available for 2022 including highly limited sets in silver, gold and platinum proof. A variety of proof and brilliant uncirculated base metal sets have also been offered including premium, collectors and definitive sets with five or thirteen coins included.

John Bergdahl is the artist behind the equestrian portrait of Her Majesty the Queen that appears on the reverse of many proof Platinum Jubilee coins. He was inspired by special designs used for other commemorative jubilee coins including Crown coins issued in 1977 and 2002.

Most 2022 proof Platinum Jubilee coins features John Bergdahl’s commemorative portrait showing he Queen on horseback, surrounded by a garter. The exceptions to this are coins included in gold and silver proof 2022 Annual Sets. Coins in base metal Annual Sets also use Jody Clark’s portrait.

The Britannia Coin Company is offering the 2022 Platinum Jubilee Fifty Pence piece in gold and platinum proof. The same design is available on base metal proof and brilliant uncirculated coins, including in 2022 Annual Sets. The ‘70’ design will enter circulation in February 2022.

The obverse and the reverse of the £5 Crown issued to celebrate the Queen’s 2022 Platinum Jubilee were designed by John Bergdahl. His equestrian portrait is similar to previous jubilee commemorative coins and his reverse design is inspired by the coinage of William IV.

The silver proof 2022 Platinum Jubilee £5 Crown is struck in 28.28 grams of .925 silver, maintaining the specifications of the historic Crown coin. The two-ounce silver proof coin shows the same designs to obverse and reverse but has a milled edge, weighs 62.42 grams and has a larger diameter.

Very limited numbers of 999.5 platinum 2022 Platinum Jubilee 50ps have been offered by The Royal Mint as well as a well as a piedfort platinum proof Jubilee £5 Crown, both of which are available from The Britannia Coin Company. A scarce platinum 2022 Annual Set has also been minted. 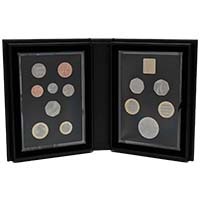 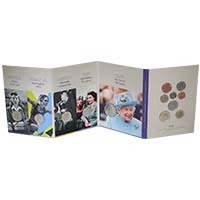 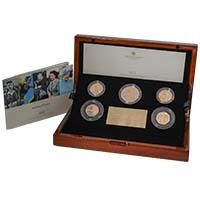 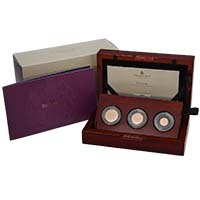 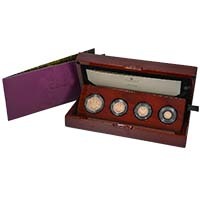 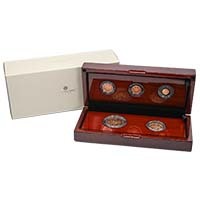 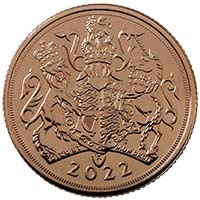 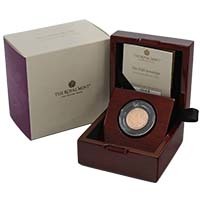 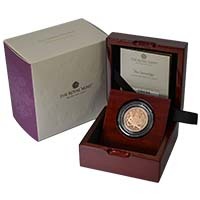 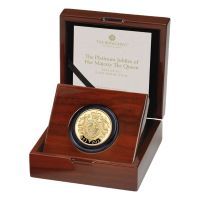 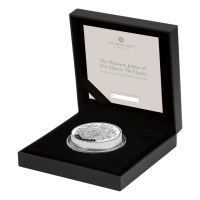 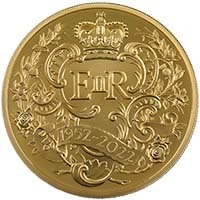 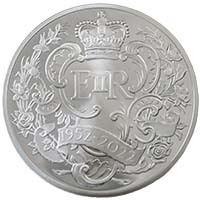 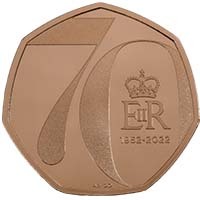 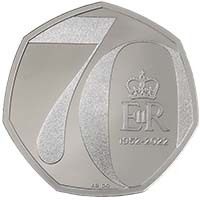 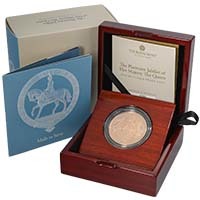 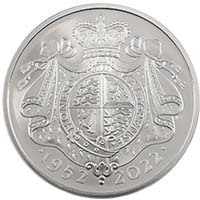