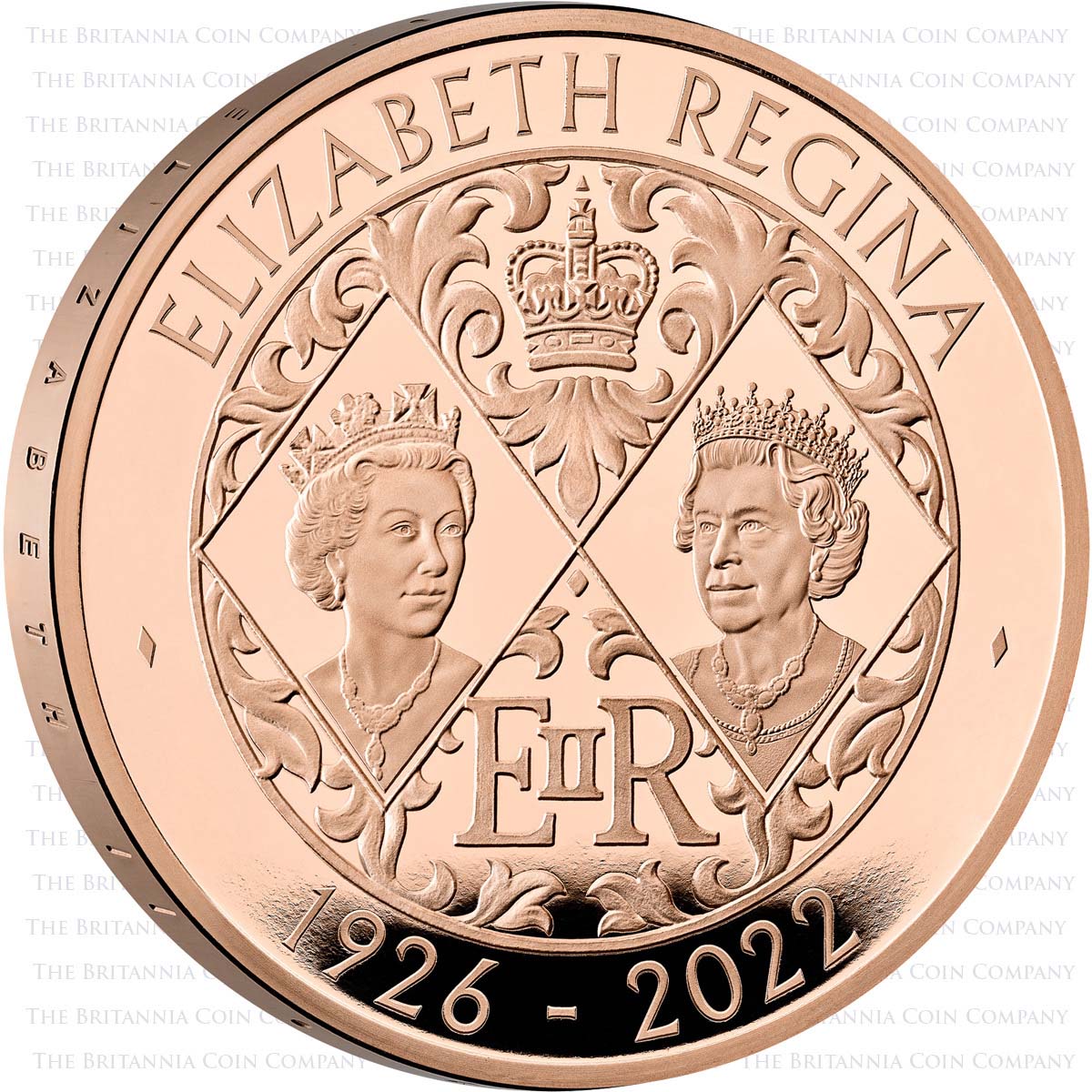 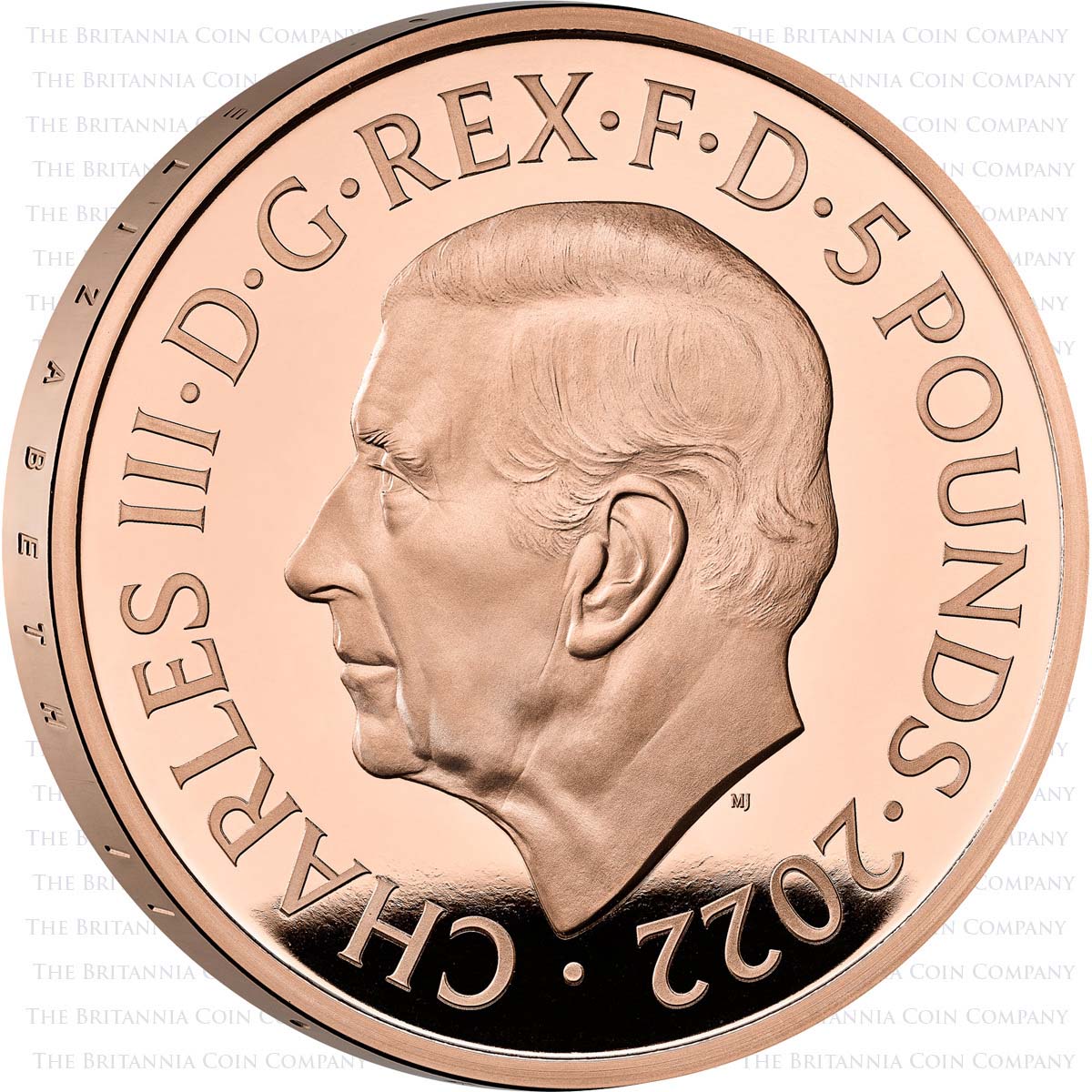 from
£2,975.00
(VAT Exempt)
22 carat gold proof Elizabeth II memorial coin: the first UK Five Pound to feature the new definitive portrait of His Majesty the King. This Five Pound coin is part of a new collection from The Royal Mint, commemorating the life and legacy of Queen Elizabeth II who passed away on 8 September 2022. The range includes the first UK coins to feature the new portrait of King Charles III. It’s the work of British sculptor Martin Jennings and shows the former Prince of Wales facing right, the opposite direction to Queen Elizabeth, following a centuries old tradition. This is accompanied by a legend that reads: 'CHARLES III · D · G · REX · F · D · 5 POUNDS · 2022’. The reverse features a pair of portraits of the late Queen by John Bergdahl: one in her youth and one later in life: a celebration of her long reign. The familiar ‘EIIR’ cypher appears between the effigies, amid decorative flourishes. The words ‘ELIZABETH REGINA’ appear above with the dates ‘1926-2022’ below. This edition is minted in 39.94 grams of 916.7 gold to The Royal Mint’s proof standard, achieved with multiple strikes of hand prepared dies. The piece measures 38.61 millimetres in diameter and comes in its original presentation packaging which includes a certificate of authenticity. Please see below for shipping and mintage details.
Quantity
Cost Per Unit
Starts From
1+
£2,975.00
£2,975.00
Track Product
You are not logged in. Please Login to track this product.
Description Summary Specification Royal Mint About us