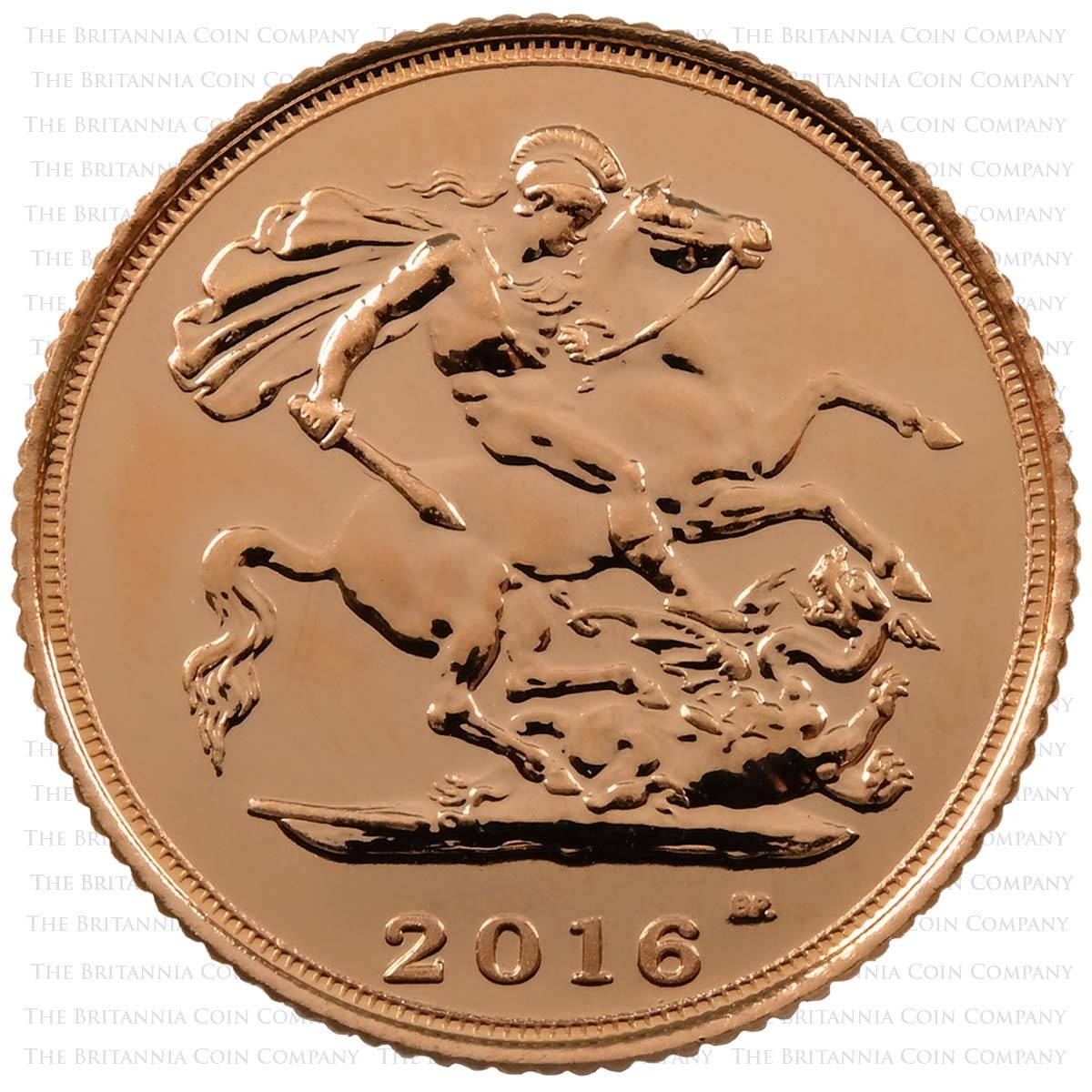 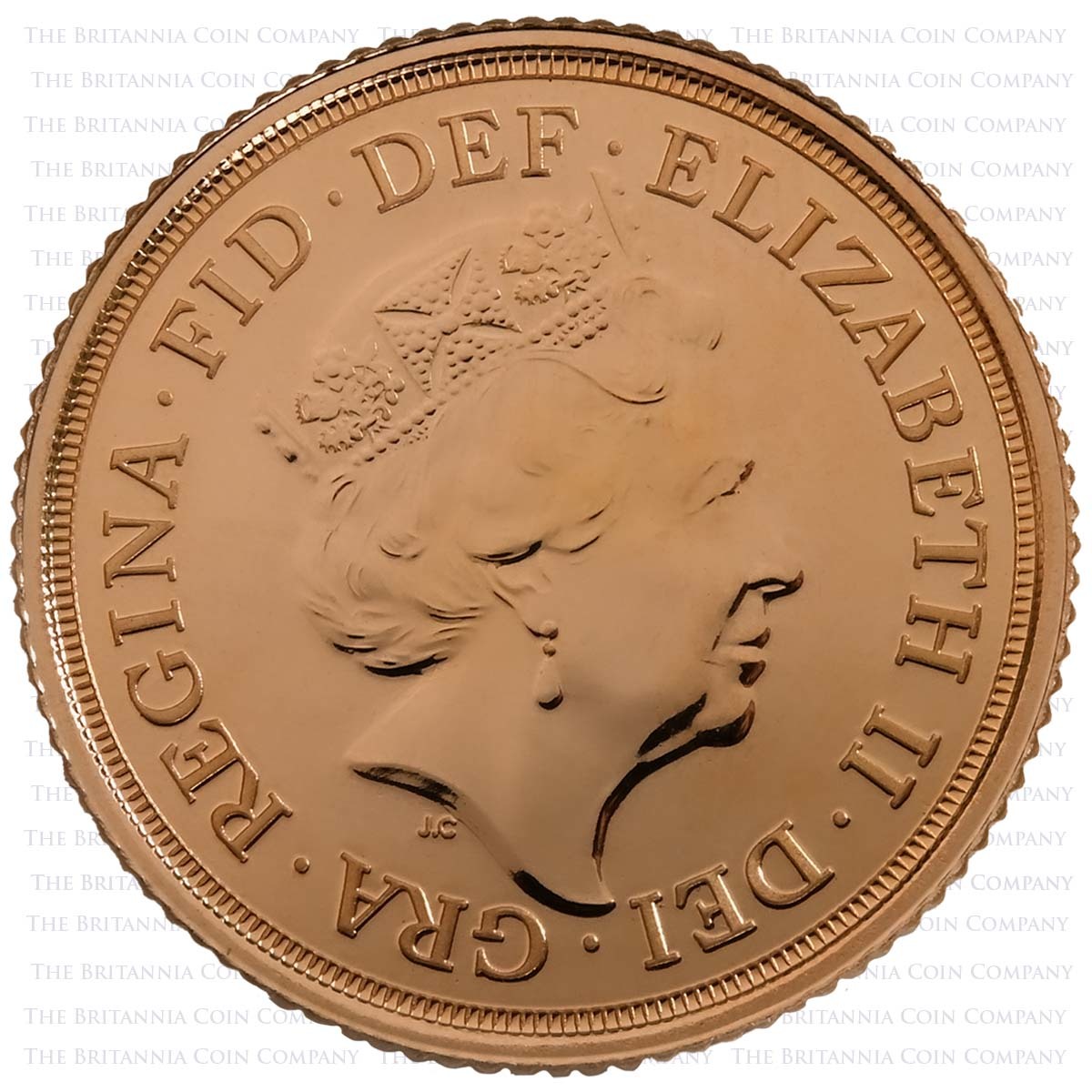 from
£211.69
(VAT Exempt)
2016 gold Half Sovereign from The Royal Mint, carefully selected from our high-grade bullion stock. Each coin is graded aEF (about Extremely Fine) or better. Extremely Fine coins carry very few marks or signs of wear and therefore make an ideal choice when buying Half Sovereigns as gifts. 2016 Half Sovereigns are the first non-proof Half Sovereigns to feature the fifth official coinage portrait of Her Majesty the Queen by Jody Clark which replaced the previous effigy by Ian Rank-Broadley. This is paired with the classic St George and the Dragon reverse, designed for the first modern Sovereigns in 1817. Like all Half Sovereigns, these are exempt from VAT and Capital Gains Tax. Free, insured UK delivery included.
Quantity
Cost Per Unit
Starts From
1+
£211.69
£211.69
Track Product
You are not logged in. Please Login to track this product.
Description Summary Specification Royal Mint About us

About Extremely Fine or better 2016 Half Sovereigns, ready to ship today.

History of the Half Sovereign

2016 Half Sovereigns are the first non-proof Half Sovereigns to feature a new effigy of Her Majesty the Queen, introduced to British coinage the previous year. It's the work of Jody Clark, the first Royal Mint engraver to create a definitive coinage portrait of a British monarch for over 100 years. It's the fifth such portrait to appear on Elizabeth II's money and shows her wearing the George IV State Diadem.

The effigy appears to the obverse alongside the legend 'ELIZABETH II · DEI · GRA · REGINA · FID · DEF ·'.

It's paired with a reverse design that is instantly recognisable to anyone with a passing interest in British money. Crafted by Italian artist, Benedetto Pistrucci, for the first modern Sovereigns, the image of Saint George on horseback, finishing off a cowed dragon, has been a perennial presence on these gold coins ever since.

Your 2016 Half Sovereign will be carefully selected from our best stock. Each example is graded aEF (about Extremely Fine) or above. Extremely Fine coins carry very limited signs of wear and as such make a great choice when buying Half Sovereigns for gifts.

You have a range of options if you're considering a 2016 Half Sovereign:

All gold Half Sovereigns are exempt from Capital Gains Tax as UK legal tender and free from VAT in the UK and EU as investment grade gold.

2016 bullion Half Sovereigns are composed of 3.99 grams of 22 carat gold. The 3.66 grams (0.1177 troy ounces) of pure gold that they contain gives them a value that is dependent on the spot price. Visit our Sell Your Coins page for an up to date valuation.

We don't currently have mintage figures for the number of uncirculated Half Sovereigns issued in 2016 by The Royal Mint. Bullion Half Sovereigns from 2016 do not feature the special portrait by James Butler used on their proof counterparts.