from
£377.04
(VAT Exempt)
Choose our mixed date, Veiled Head gold Sovereigns at our best value price. Each of these coins is composed of 7.98 grams of 22 carat gold meaning they have an individual pure gold content of 7.32 grams of 0.2354 troy ounces. This means they’re VAT free and their status as UK legal tender means they are Capital Gains Tax exempt. These benefits apply to all gold Sovereigns but there’s a special appeal to these historic, Victorian coins. Also known as Veiled Head or Old Head Sovereigns, these issues bear the final coinage portrait of Queen Victoria by Sir Thomas Brock to the obverse. It shows the eldery Queen wearing a long draping veil over her crown. The Old Head can be seen on gold Sovereigns from 1893 through until Victoria’s death in 1901. It’s an elegant portrait, much favoured by collectors, especially when compared to the previous, short-lived Jubilee Head. The Widowed Head is paired with an older reverse design, created for the first modern Sovereigns by Benedetto Pistrucci. His interpretation of England’s patron saint, St George, in the act of slaying a dragon has been a perennial presence on these gold coins through the nineteenth, twentieth and twenty-first centuries. We’ll pick your Widowed Head Sovereign from our available stock of coins graded Fine (F) to Very Fine (VF). You’ll receive our choice of date between 1893 and 1901. Your order will be supplied in a protective slip.
Quantity
Cost Per Unit
Starts From
1+
£396.89
£396.89
2+
£384.98
£769.96
5+
£382.99
£1,914.95
10+
£381.01
£3,810.10
20+
£379.02
£7,580.40
50+
£377.04
£18,852.00
Track Product
You are not logged in. Please Login to track this product.
Description Summary Specification About us

What's The History Of Gold Sovereigns?

The history of the Sovereign starts in the time of the Tudor kings. The hammered gold coins first issued by Henry VII would later lend their prestigious name to a new coin, introduced in the aftermath of the Napoleonic Wars as part of a wholesale overhaul of British currency.

The first modern Sovereigns, struck in 1817, established specifications that have now been followed for two centuries. Each 'full' Sovereign is composed of 7.98 grams of 22 carat gold and has a diameter of 22.05 millimetres.

Once, Sovereigns circulated across the globe but minting ceased in the early twentieth century. Their enduring popularity inspired The Royal Mint to begin issuing new Sovereigns in the 1950s though the demand for older Sovereigns - including those struck in Victorian times - has never abated.

Gold Sovereigns were minted throughout the long reign of Queen Victoria, in London and at branch mints across her Empire. These gold coins featured several different portraits charting her progress from young queen to ageing 'Grandmother of Europe'.

The final portrait to appear on Victoria's British coinage is known as the Old Head, Veiled Head or Widowed Head, adopted in 1893. It was created by the sculptor Sir Thomas Brock to replace the unpopular Jubilee Head. The most striking feature of the Old Head is perhaps Victoria's mourning veil which drapes gracefully over her shoulders. She was still wearing her widow's weeds in her final decade and they were, by then, integral to her public image. The portrait would be used on Sovereigns until her death in 1901.

Brock's effigy is paired with an instantly recognisable design to the reverse: the image of St George in the act of slaying a dragon from horseback. This classic numismatic engraving of England's patron saint is the work of Italian artist Benedetto Pistrucci and can also be seen on many 20th and 21st century Sovereigns. The date appears below.

How To Buy A Widowed Head Sovereign?

Our best value Widowed Head Sovereigns are selected by us from our available stock. You may find coins dated 1893 to 1901 in your order. Some later Sovereigns were struck at branch mints with this portrait but the coins that we're offering are mainly British. If you're looking for a rare date example then it's worth browsing our other Victorian Sovereigns.

We carefully authenticate all our gold coins using our decades of expertise as well as XRF technology (which allows us to check the chemical composition of Sovereigns without damaging them).

Each of these Veiled Head Sovereigns is graded Fine (F) to Very Fine (VF) meaning that the fascinating portrait is intact though superficial scratches and signs of wear may be apparent. These will not impact the gold weight or the appeal of these circulated Victorian coins.

There's significant variance in the value of Widowed Head Sovereigns.

High grade examples of gold coins - those in great condition - can command prices above the bullion value. Errors can also add to the price, as can the tiny mint mark letter, found on the ground beneath the dragon on the reverse. If you find an Old Head Sovereign dated 1899 with a 'P' to the reverse then you're in luck - Sovereigns minted in this year in Perth, Australia, are the rarest of this type.

The value of Old Head Sovereigns depends on their grade, their date, the mint and the current gold price.

Prices for Old Head Sovereigns from more common mints can vary in line with the gold price but - in the long term - you'll likely find that their value increases with the gold market.

The Britannia Coin Company is based in Royal Wootton Bassett in the beautiful county of Wiltshire. If you recognise the name it's probably because you remember the town's tribute to fallen soldiers, repatriated through nearby RAF Lyneham.

We post all our Widowed Head Sovereigns from our shop at 143 High Street in the centre of town (look for the Old Bank Antiques sign to find us). Our expert team will pick your coin from our available stock and securely and discretely package it for shipping.

Delivery to UK addresses is free and insured, regardless of the size of your order. We use Royal Mail Special Delivery for a next day service. We charge a flat rate of £15 for international orders though there are a short list of countries we cannot ship to: you can find those details on our delivery page.

How To Sell A Veiled Head Sovereign

If you're looking to sell a gold Widowed Head Sovereign we can help. We buy these coins and many more across our dedicated gold counter and can give you industry leading prices for everything from ancient gold to modern circulated 50ps while you wait. Visit our Sell Your Coins page for more information. 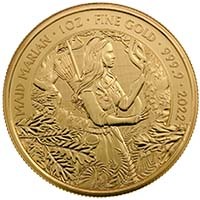 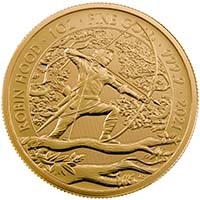 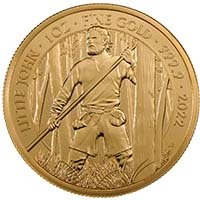