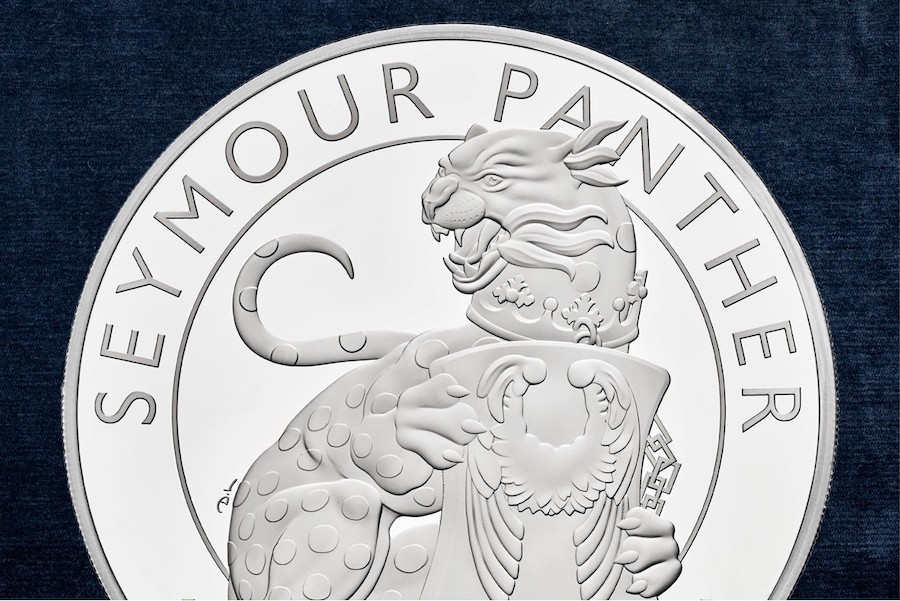 If you're anything like us you've spent the last few years waiting for each new release in the Royal Mint's Queen's Beasts collection. Now you've got all ten and a completer, what's next?

Well, this week brings news of a brand new series: the Tudor Beasts. Produced in collaboration with Historic Royal Palaces and also inspired by heraldry, the new collection kicks off with a beastly new mythological creature, the Seymour Panther.

Interested? We've got all the details about this fascinating new release, including history, mythology, specifications and the difference between this and the earlier series. 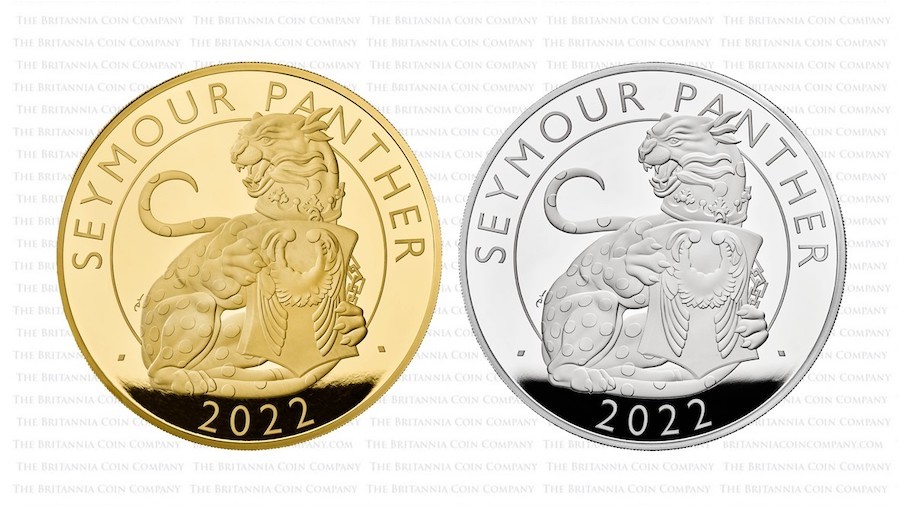 The Seymour Panther - the first issue in the Tudor Beasts series - as it appears on gold and silver proof coins.

Coins in the Queen's Beasts series were inspired by ten, six-foot tall statues that guarded the temporary annex to Westminster Abbey during the Queen's 1953 coronation. The sculptures, crafted by James Woodford, took the form of 'Heraldic Supporters': the real and mythological creatures that flank the Coats of Arms of British royal and noble houses. The coronation beasts and the coins they inspired were a clever nod to Her Majesty's royal lineage.

From the first release the Beasts proved popular with Bullion and Proof issues selling out lightning quick on The Royal Mint website. These pieces - all designed by Jody Clark - were struck in a range of metals and denominations, including some enormous 10 kilo and 2 kilo gold proof coins. A completer coin, featuring all ten beasts, crowned the collection and was accompanied by a range of ten-coin sets. 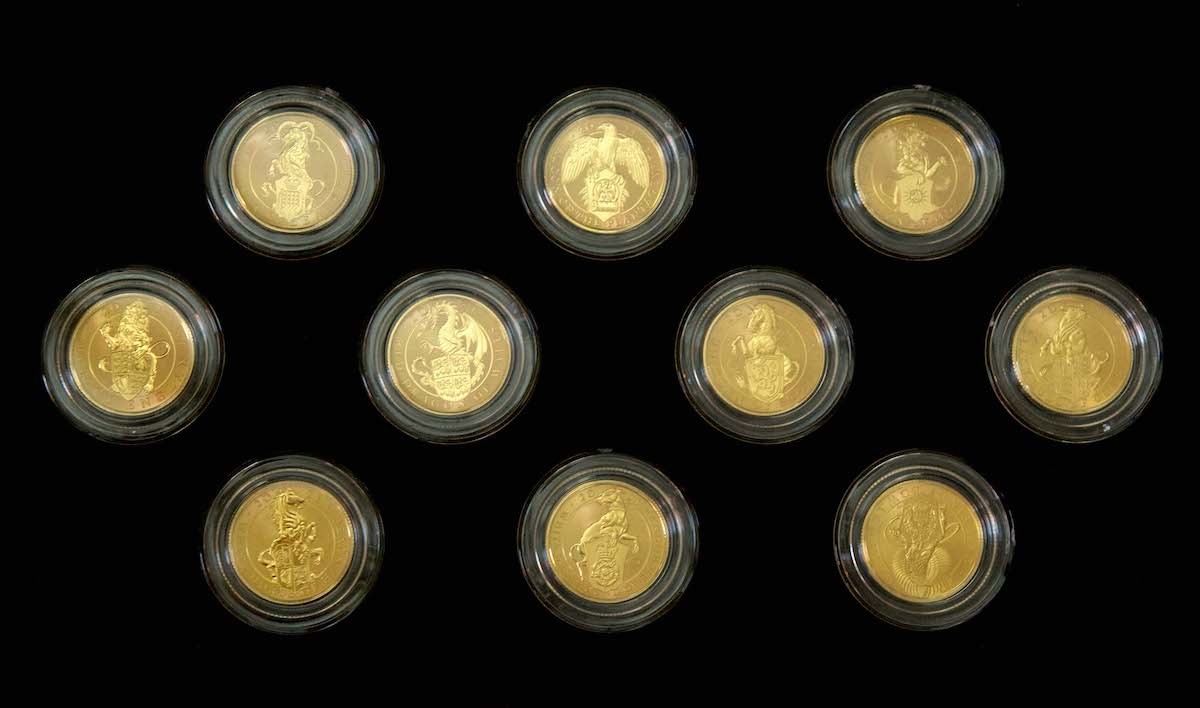 This 2021 Queen’s Beasts 10 Coin Quarter Ounce Gold Proof Set was released to mark the end of the series and features all ten heraldic designs.

The Beasts at Hampton Court

While the Queen’s Beasts was modelled after Woodford's 1953 coronation statues, the next major series from The Royal Mint is inspired by an older set of sculptures, located at Hampton Court Palace.

Built by Cardinal Wolsey and given to king Henry VIII in 1529, Hampton Court is among the UK's most famous buildings. The palace was home to the Tudor and Stuart kings and is now a major tourist attraction, operated by Historic Royal Palaces.

Historically, visitors would have arrived at the palace by boat, crossing the moat to enter through the Great Gatehouse. They would have found the doors guarded by ten beastly statues, installed on pillars positioned on either side of the bridge.

These statues are copies of works commissioned by king Henry after he married his third queen, Jane Seymour. While the Queen’s Beasts represented Elizabeth II's ancestors, 'The King’s Beasts' pay homage to the families of Henry and Jane. They were the inspiration for the later coronation beasts and include many of the same heraldic creatures. Similar sculptures appear on Hampton Court's rooftops and in the palace’s 'Tudor Garden'. 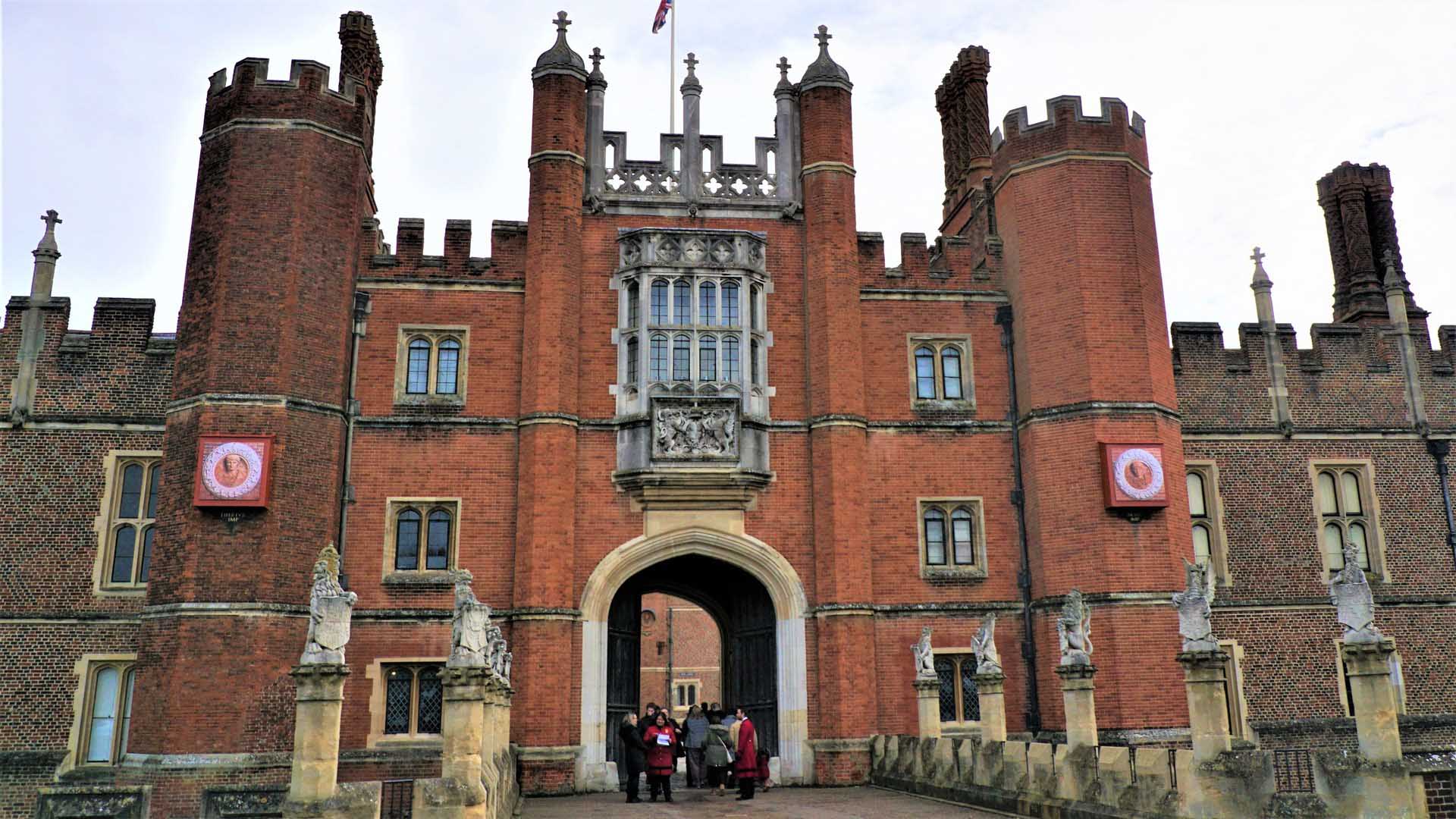 The difference between the Queen's Beasts and the Tudor King’s Beasts lies in the creatures that were included to represent the family of Jane Seymour. Five of the beasts are the same: the Lion of England, the Black Bull of Clarence, the Yale of Beaufort, the Greyhound of Richmond and the Red Dragon of Wales (though this is referred to as the Tudor Dragon).

The Hampton Court Beasts also feature five uniquely Tudor supporters which were replaced by the White Horse of Hanover, the Griffin of Edward III, the Falcon of the Plantagenets and the Unicorn of Scotland in the later series.

uniquely Seymour supporters – the Seymour Panther, the Seymour Unicorn, the Seymour Lion – and an extra dragon, the Royal Dragon. These were replaced by the

The full list, projected to appear in the Tudor Beasts series is as follows with new creatures in bold:

Since the Seymour family emblems are the key difference between the Queen's Beasts and the Tudor Beasts its worth asking: who were they?

The Seymours were an English noble family with Norman origins. They came to prominence in the sixteenth century as Sir John Seymour (1474-1536) rose in the court of Henry VII and later his son, king Henry VIII. Sir John’s influence was cemented when the latter Henry married his daughter Jane Seymour, days after the execution of his second queen, Anne Boleyn.

The marriage was cut short by Jane's death after the birth of her son, the future Edward VI, but the Seymour family retained influence as the relatives of the heir to the throne. Her elder brother, Edward Seymour, 1st Duke of Somerset would rule as Protector for Jane's young son in the early years of his reign. Another brother, Thomas Seymour, 1st Baron Seymour of Sudley, vied for control of his nephew. Both would fall from power, accused of treason and sentenced to death.

The Seymour story is worthy of Game of Thrones, well known to anyone educated in the UK, and a cracking subject for commemorative currency.

Portrait of Jane Seymour by Hans Holbein the Younger. Jane's heritage is celebrated in the first coin in the Tudor Beasts series, the Seymour Panther.

The first Seymour family emblem to feature in the Tudor Beasts series is the Seymour Panther but it's probably not the sort of panther you're thinking of.

Panthers in medieval heraldry aren't necessarily feline. They're a mythical creature with a spotted or multicoloured coat. Legend says that when the panther roared they emitted a sweet odor which attracted the beast’s prey. After it had feasted, the beast retreated to a cave where it slept for three days - much like I do after a roast dinner - before repeating the process.

King Henry VI used a panther incensed - breathing fire - on his badge, as did other members of the house of Lancaster. This royal supporter was bestowed on Jane Seymour after her marriage, apparently because it made an easy replacement for her predecessor, Anne Boleyn's leopards. Jane's panther was depicted as a maneless lion with red and blue spots and its this eye-catching creature that appears on the Seymour Panther coin, albeit rendered in monochrome.

The beast's other defining feature is the chained crown collar that rings its neck which speaks of obligation and duty to the monarch. 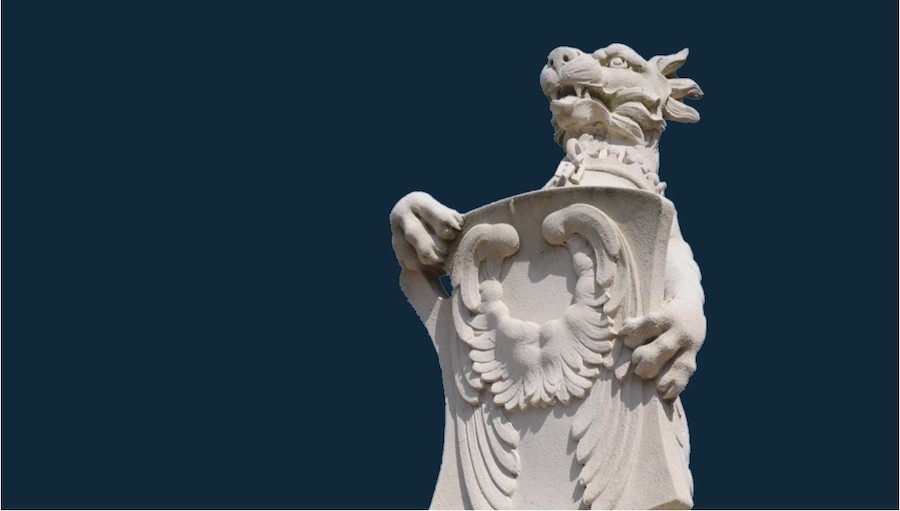 The artist behind the Seymour Panther is David Lawrence whose 'DL' initial appears to the right of the beast.

Lawrence - an illustrator and sculptor - is known for his Britannia reverses (2018 and 2019). His design for the Seymour Panther shows a spotted big cat, flames licking from its mouth as it roars. The beast is curled around a shield which shows a version of the Seymour coat of arms: two bird wings wings 'conjoined in lure' (joined at the top, facing downwards).

It's a surprisingly lifelike imagining of a mythological creature. The designer responsible for the Queen's Beasts - Jody Clark - was praised for its realistic depictions of animals, balanced against the graphic shields that they grasp in claws and paws. It's clear that Lawrence is continuing this stylistic mode in this new series.

Speaking about his work Lawrence said:

'It was an honour to be chosen to depict the heraldic beasts on a coin collection and also a huge challenge. Each beast comes down to use with centuries of heritage and meaning attached to them, so my task was to find a new vision that is still true to the past.'

It seems like Lawrence will be responsible for the entire series and, if the Seymour Panther is anything to go by, we can expect that the rest of the Tudor Beasts will feature similarly stylish, heraldry-inspired designs. 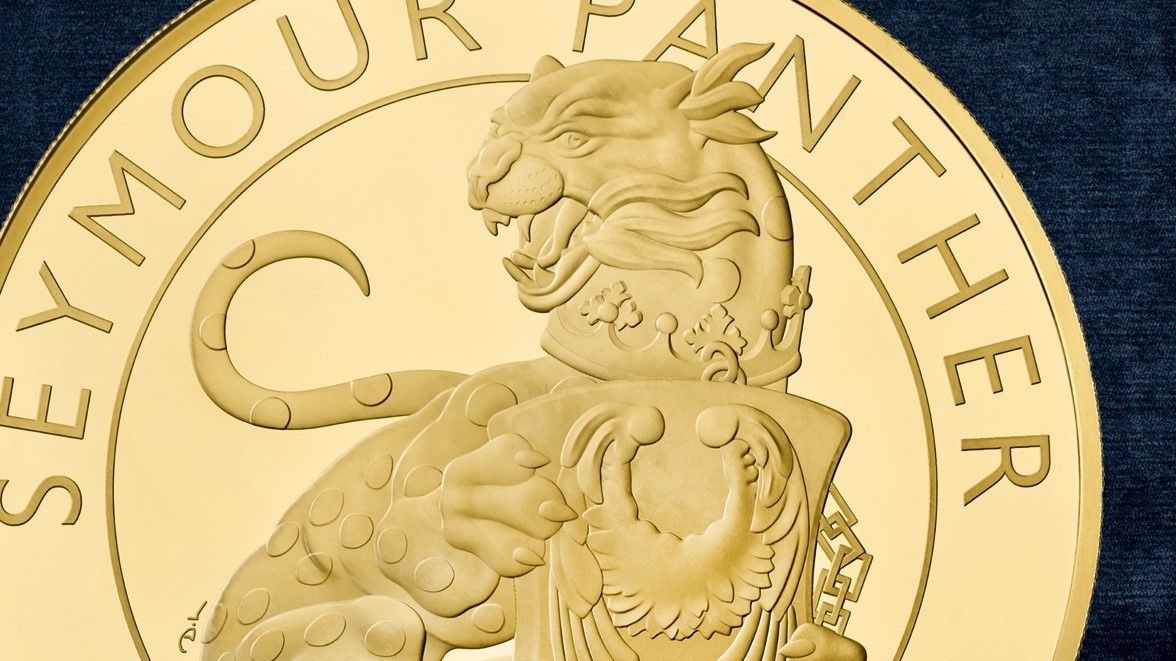 Close up of the Seymour Panther as it appears on silver proof releases in the Tudor Beasts collection.

The Tudor Beasts Seymour Panther has been struck on gold, silver and platinum bullion coins, brilliant uncirculated cupronickel collectibles and a range of gold and silver proof pieces which we're proud to stock.

The Ten Ounce and Two Ounce gold proof coins are new for the Tudor Beasts series: only One Kilo, Five Ounce, One Ounce and Quarter Ounce gold coins were minted for the earlier series with Two Kilo and Ten Kilo coins minted for the 2021 Queen’s Beasts Completer.

The mintages are comparable with the Completer though slightly larger than some of the later single-creature Queen's Beast gold proof issues.

The Two Kilo and Two Ounce coins are new, and the issue limits across the silver range are particularly low, comparable with the Griffin of Edward III.

The Seymour Panther will likely mark the beginning of a fairly brisk release schedule for the Tudor Beasts series. The Queen’s Beasts saw two new designs offered each year between 2016 and 2021.

Confusingly, the bullion coins in the earlier series were released in a different order to the proof coins. We’re hoping this isn't the case this time when they join the proof range in early 2022.

Generally, the mintage numbers for proof Queen's Beasts coins shrank with each new release. As the figures for the first coin in the series are looking low we see the trend continuing.

As soon as we have more information about the next coins in the Tudor Beasts series we'll update this page and our social media. Follow us on Facebook, Twitter or Instagram to be the first to hear or subscribe to our newsletter for more information. 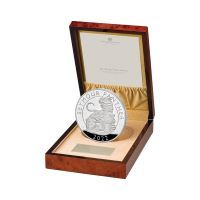 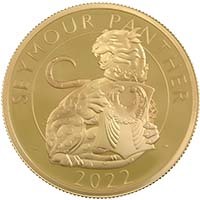 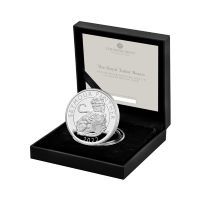 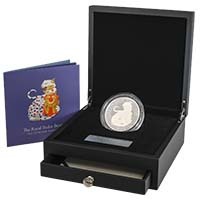 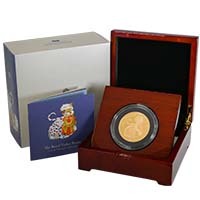 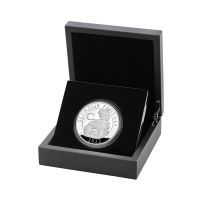