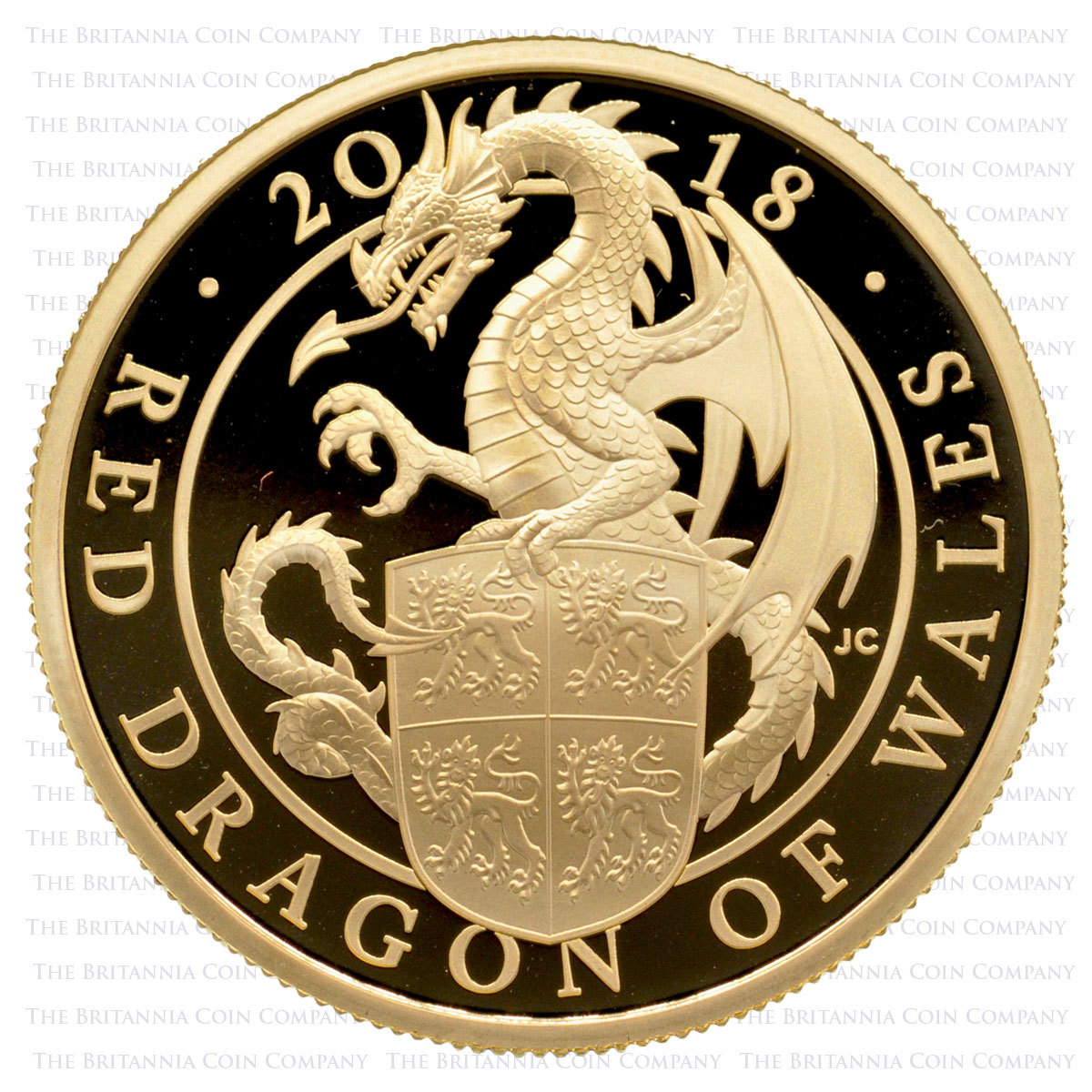 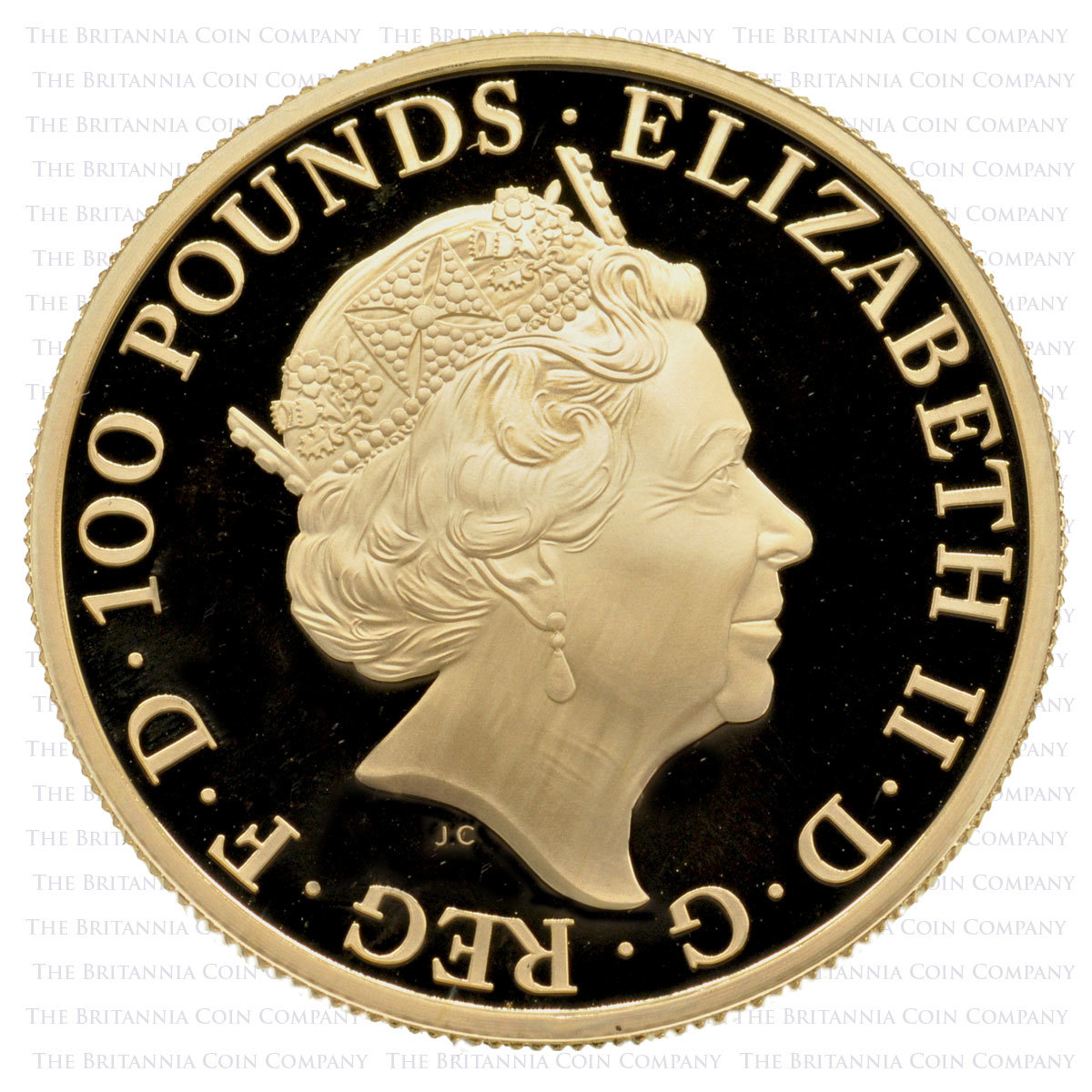 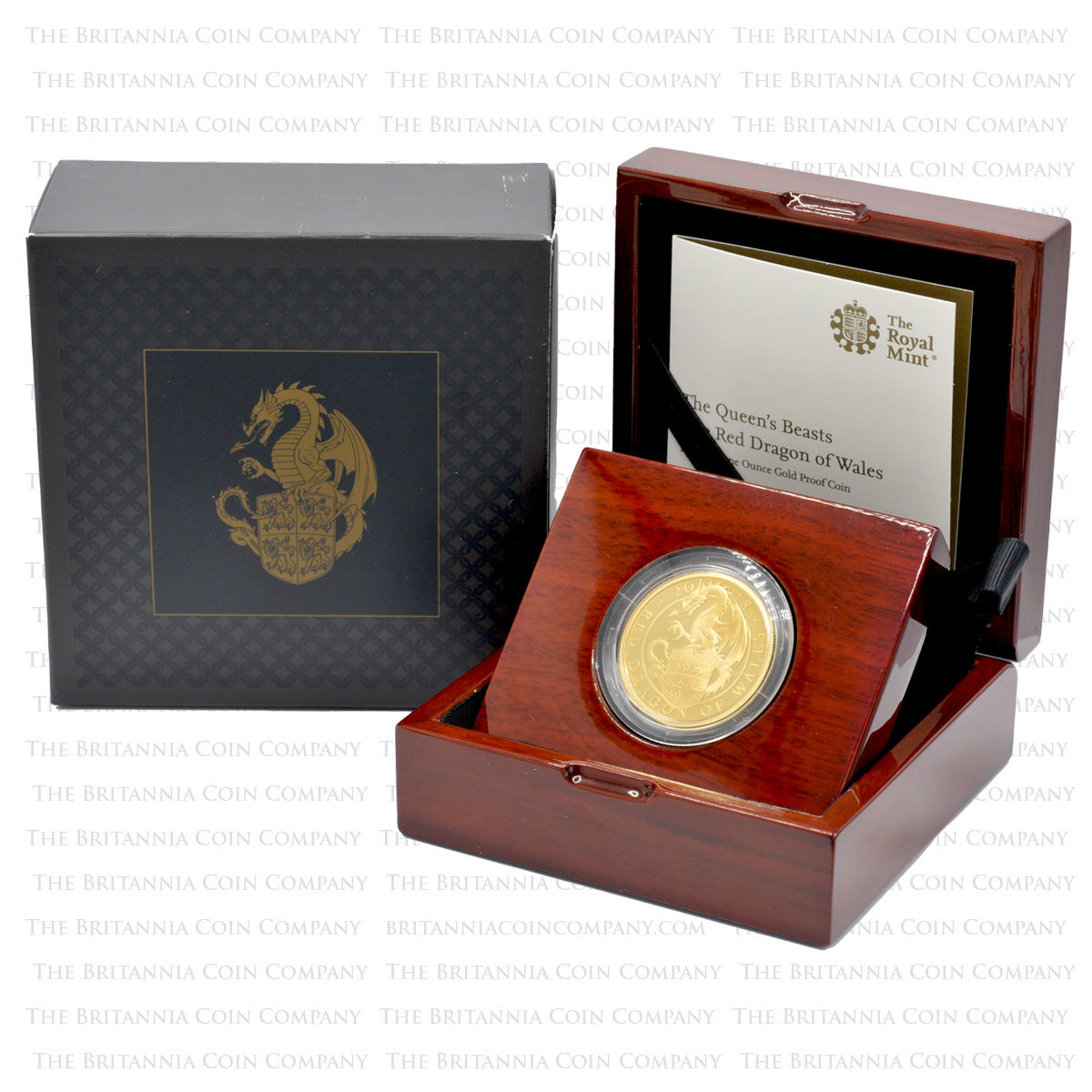 from
£2,650.00
(VAT Exempt)
Unleashed in 2018, this limited edition one ounce gold proof coin is a tribute to the Red Dragon of Wales. Its the third proof coin released in The Royal Mint’s sought-after Queen’s Beasts series, following the Lion of England and the Unicorn of Scotland. The Queen’s Beasts was inspired by a series of statues displayed at Her Majesty the Queen’s 1953 Coronation. They took the form of the real and mythological creatures that appear on either side of the Coats of Arms of British royal and noble houses. The Y Ddraig Goch (red dragon) has been associated with Wales since the sixth-century. The snarling serpent that stars on this coin curls its tail around the coat of arms of Llywelyn ap Gruffudd, the last native Prince of Wales before the nation’s conquest by English King Edward I. Later, during the reign of the Tudor monarchs, this Queen's Beast was used as a supporter in the English Crown's coat of arms. Like all the coins in this series the Red Dragon of Wales design is the work of Jody Clark. He’s also responsible for the portrait of Elizabeth II that appears on the obverse. This .9999 gold edition weighs 31.21 grams and has a face value of £100. Its from a limited edition presentation of 397 pieces and comes in its original box from The Royal Mint with a numbered certificate of authenticity.
Log in to get notified when this product is back in stock.
Track Product
You are not logged in. Please Login to track this product.
Description Summary Specification Royal Mint About us

The Red Dragon was the third Queen’s Beasts proof coin, released in 2018 though a bullion edition was offered the previous year with a 2017 date.

This Queen's Beasts coin has a face value of £25 / Twenty-Five Pounds.

This quarter ounce gold edition is from a limited mintage of 397 pieces.

This coin is offered in The Royal Mint's finest proof finish. Intended for collectors, proof coins are stuck multiple times with hand-prepared dies for a high level of detail and lustre.

You'll receive your one ounce Red Dragon of Wales coin in its original presentation box with a numbered certificate of authenticity.