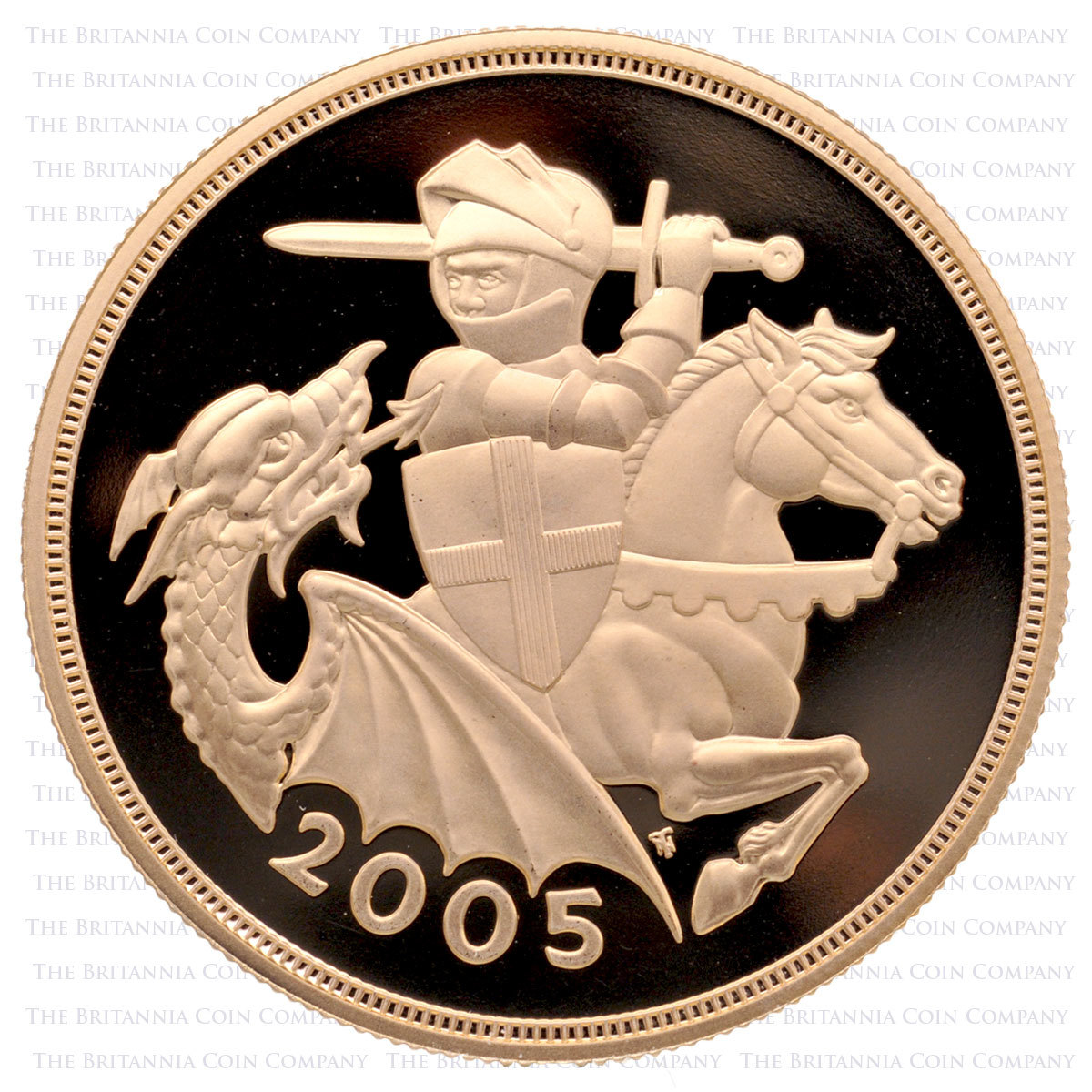 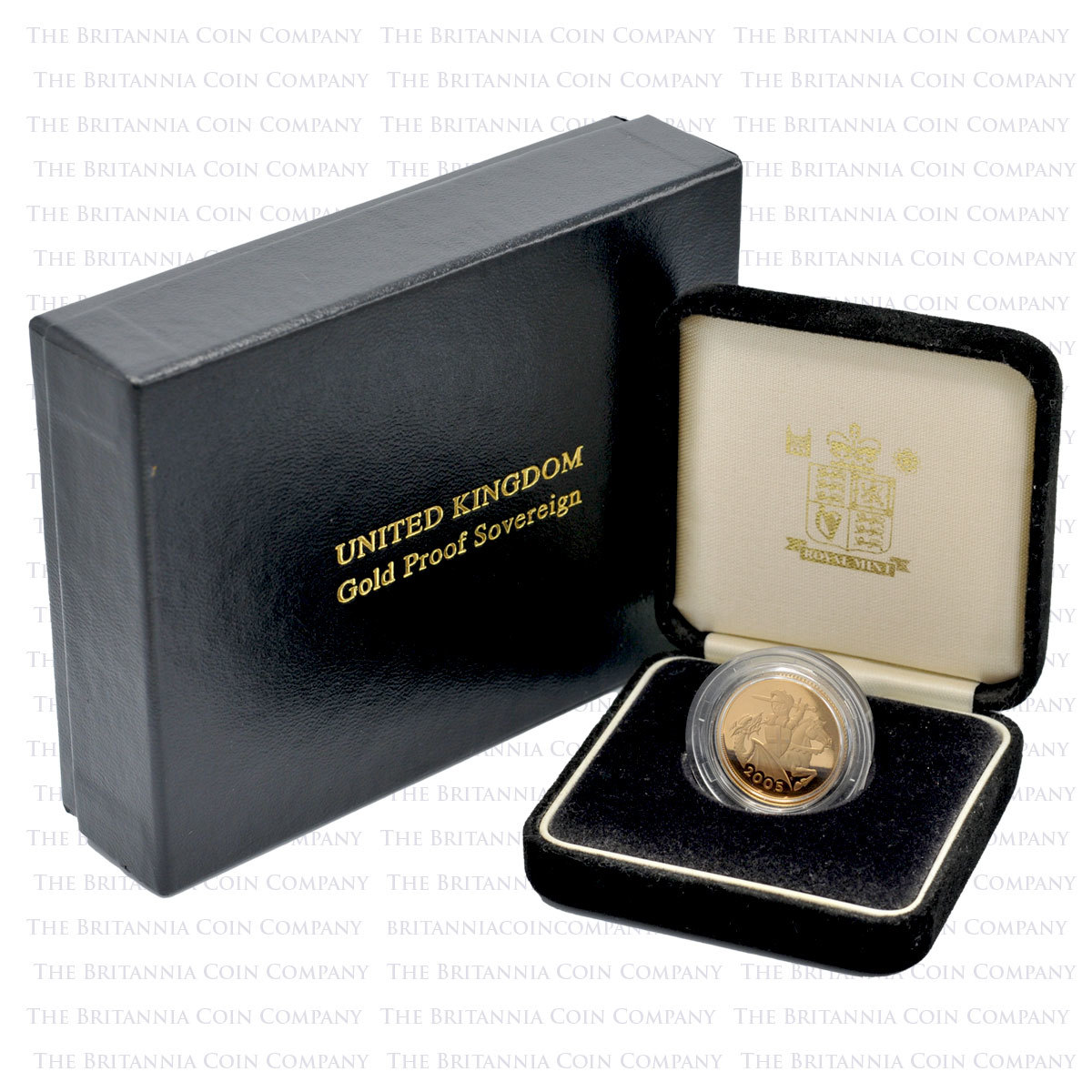 from
£725.00
(VAT Exempt)
One of just 12,500 proof Sovereigns issued by The Royal mint in this year with a one off reverse! This 2005 coin features the fourth definitive portrait of Her Majesty the Queen. Crafted by the sculptor, Ian Rank-Broadley, it was in use on British coinage between 1998 and 2015. The artists initials - IRB - appear below the portrait. The reverse takes the classic theme and reinterprets it for the modern day. Most modern Sovereigns show an image of England’s patron saint in the act of slaying a dragon, created in 1817 by an Italian artist named Benedetto Pistrucci. This coin 2005 coin also shows Saint George but this time rendered by heraldic artist Timothy Noad. His saint holds a shield in one hand and a sword in the other which he wields against a fearsome dragon. It’s a dynamic image that fills the field of the coin. In other respects this 2005 proof coin maintains the rigid specifications set down for British Sovereigns: it’s composed of 7.98 grams of 22 carat gold, has a diameter of 22.05 millimetres and a milled edge. It’s offered in its original case and capsule from The Royal Mint with a numbered certificate of authenticity enclosed.
Log in to get notified when this product is back in stock.
Track Product
You are not logged in. Please Login to track this product.
Description Summary Specification Royal Mint About us

The earliest Sovereigns were struck during the reign of Tudor king Henry VIII. Centuries later, a new gold coin bearing this name was introduced, following a major overhaul of British coinage. This Sovereign, first minted in 1817, established specifications that are still strictly followed today.

For 2005 Sovereigns, this historic motif was replaced with a very different Saint George, crafted by heraldic artist Timothy Noad. His design centres on a crusader shield with Saint George's Cross, which protects a sword-wielding Saint, about to strike a winged dragon. It's an action-packed, dynamic image.

Your limited edition 2005 proof Sovereign is offered in its original packaging from The Royal Mint. This consists of a velvet lined presentation box in which the coin is situated inside a protective capsule. Also included: a numbered certificate of authenticity.

All Sovereigns, including those struck in 2005, are exempt from Capital Gains Tax as UK legal tender and free from VAT in the UK and EU as investment grade gold.