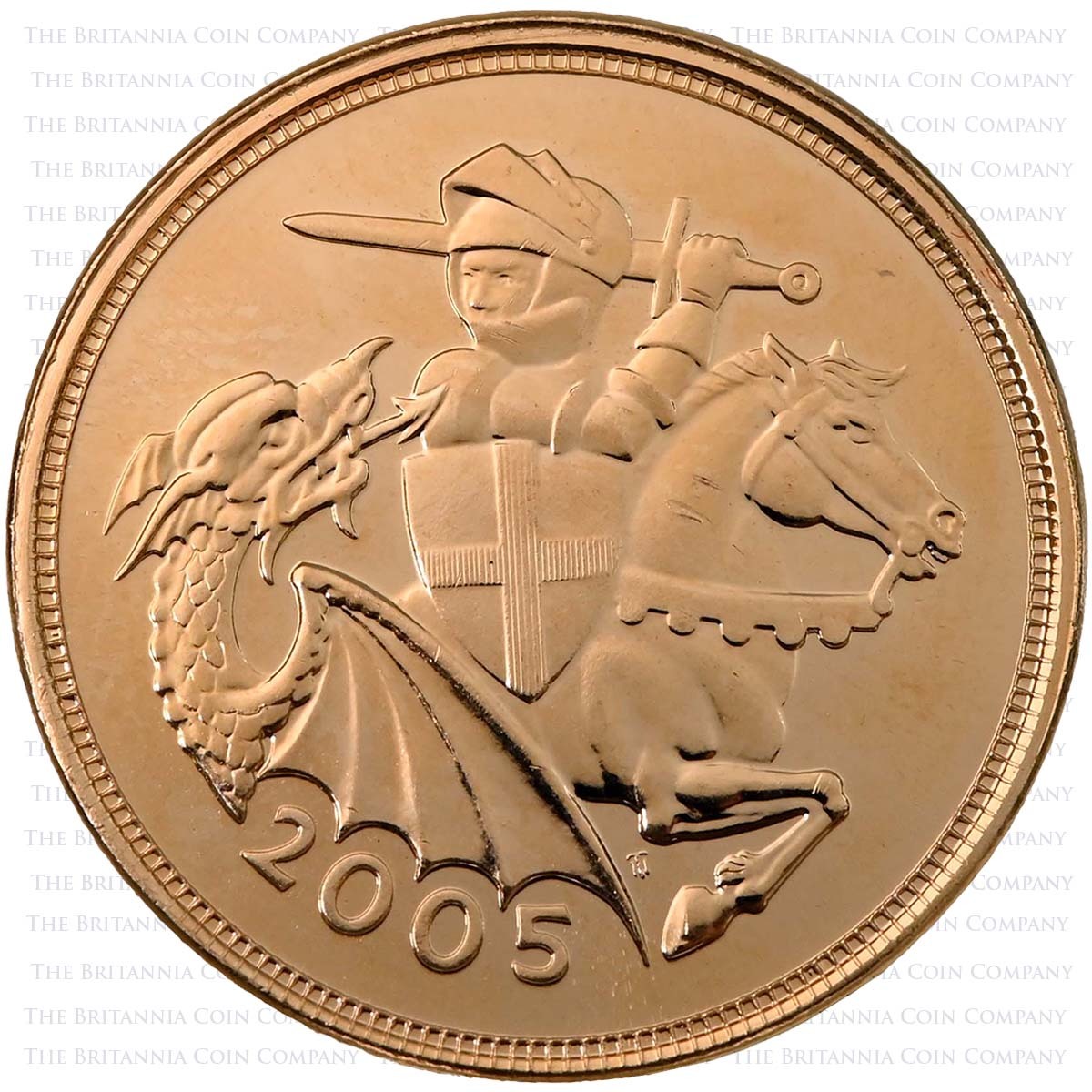 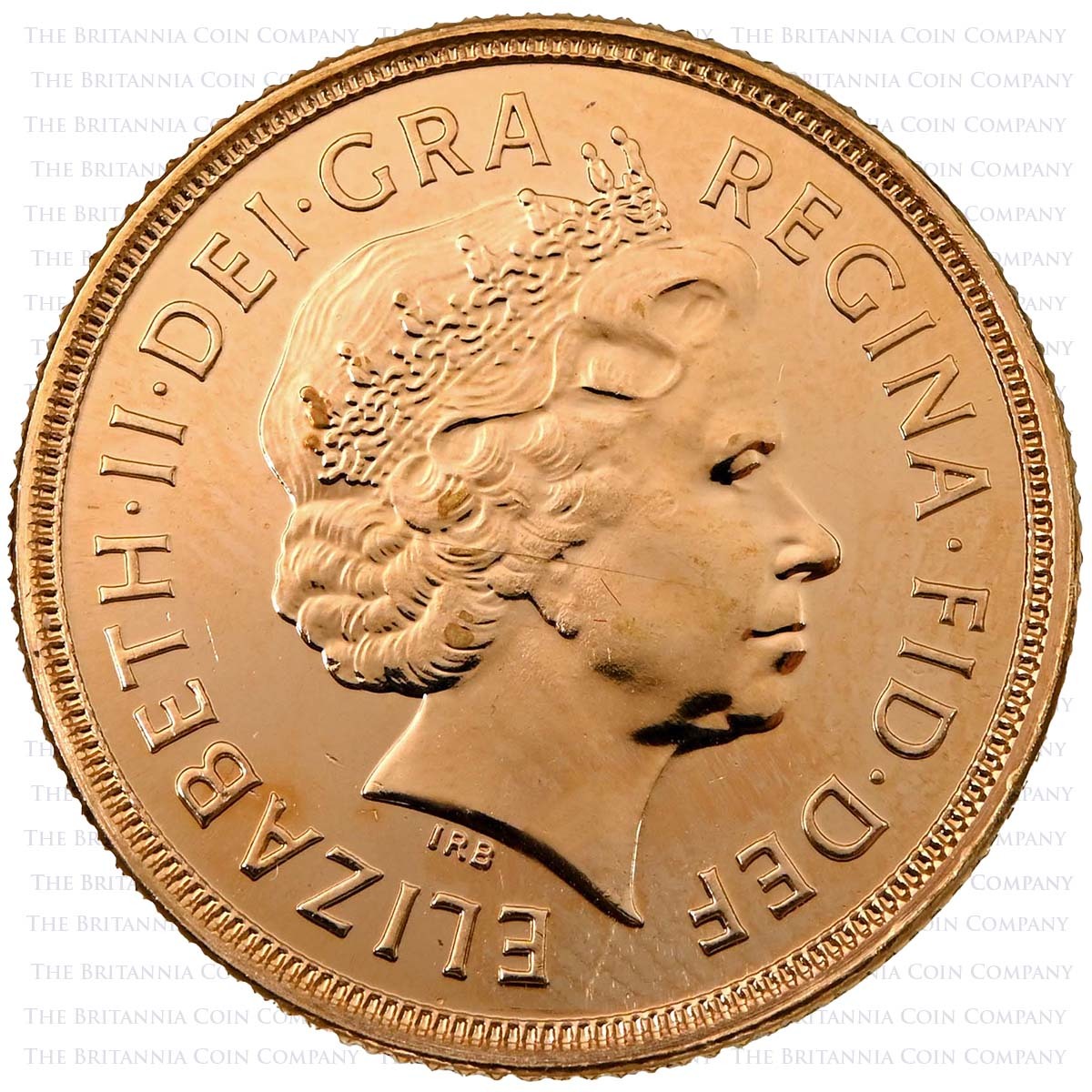 from
£412.82
(VAT Exempt)
2005 Sovereigns from The Royal Mint, selected by hand from our high-grade bullion stock. Each of these gold coins is graded aEF (about Extremely Fine) or better. Extremely Fine coins carry very few marks or signs of wear and therefore make an ideal choice when buying these pieces as gifts. 2005 gold Sovereigns feature Ian-Rank Broadley’s fourth official portrait of Her Majesty the Queen, paired with a reinterpretation of Benedetto Pistrucci’s classic St George and the dragon reverse by Timothy Noad. It’s a modern design, used only for 2005 Sovereigns. 7.98 grams of 22 carat gold on a 22.05 millimetre surface. Like all gold Sovereigns, these 2005 examples are free from VAT and Capital Gains Tax. Our price includes free, insured UK delivery.
Log in to get notified when this product is back in stock.
Track Product
You are not logged in. Please Login to track this product.
Description Summary Specification Royal Mint About us

For 2005 Sovereigns, this historic motif was replaced with a very different Saint George, crafted by heraldic artist Timothy Noad. His design centres on a crusader shield with Saint George's Cross, which protects a sword-wielding Saint, about to strike a winged dragon. It's an action-packed, dynamic image.

Your 2005 Sovereign is hand selected from our best gold bullion stock by our expert staff. Every example is graded aEF (about Extremely Fine) or above. Extremely Fine Sovereigns carry very limited signs of wear and as such make a great choice if you're buying these gold coins as gifts.

Theres a few different options if you're pondering a 2005 bullion Sovereigns:

All Sovereigns, including the 2005 Sovereign are exempt from Capital Gains Tax as UK legal tender and free from VAT in the UK and EU as investment grade gold.