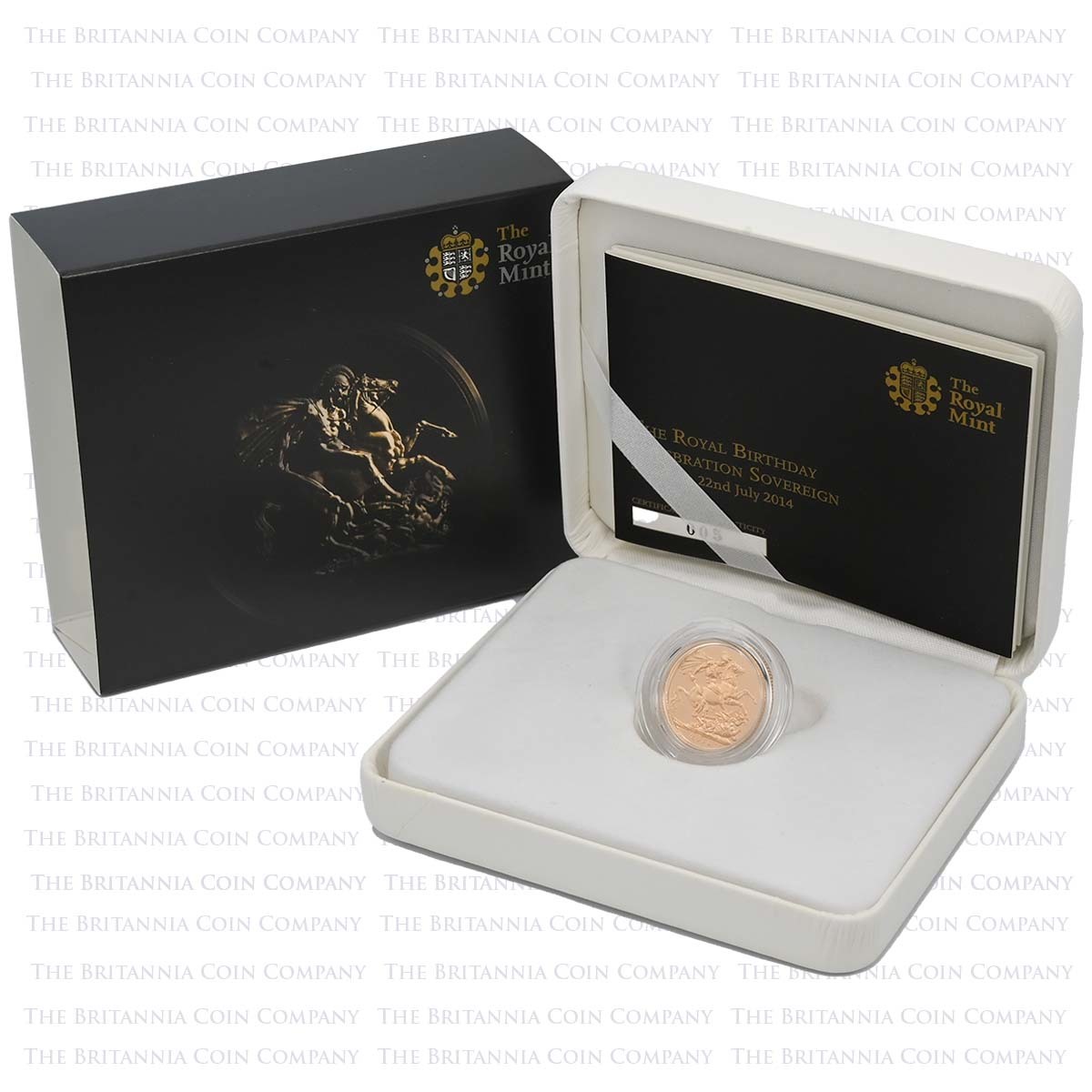 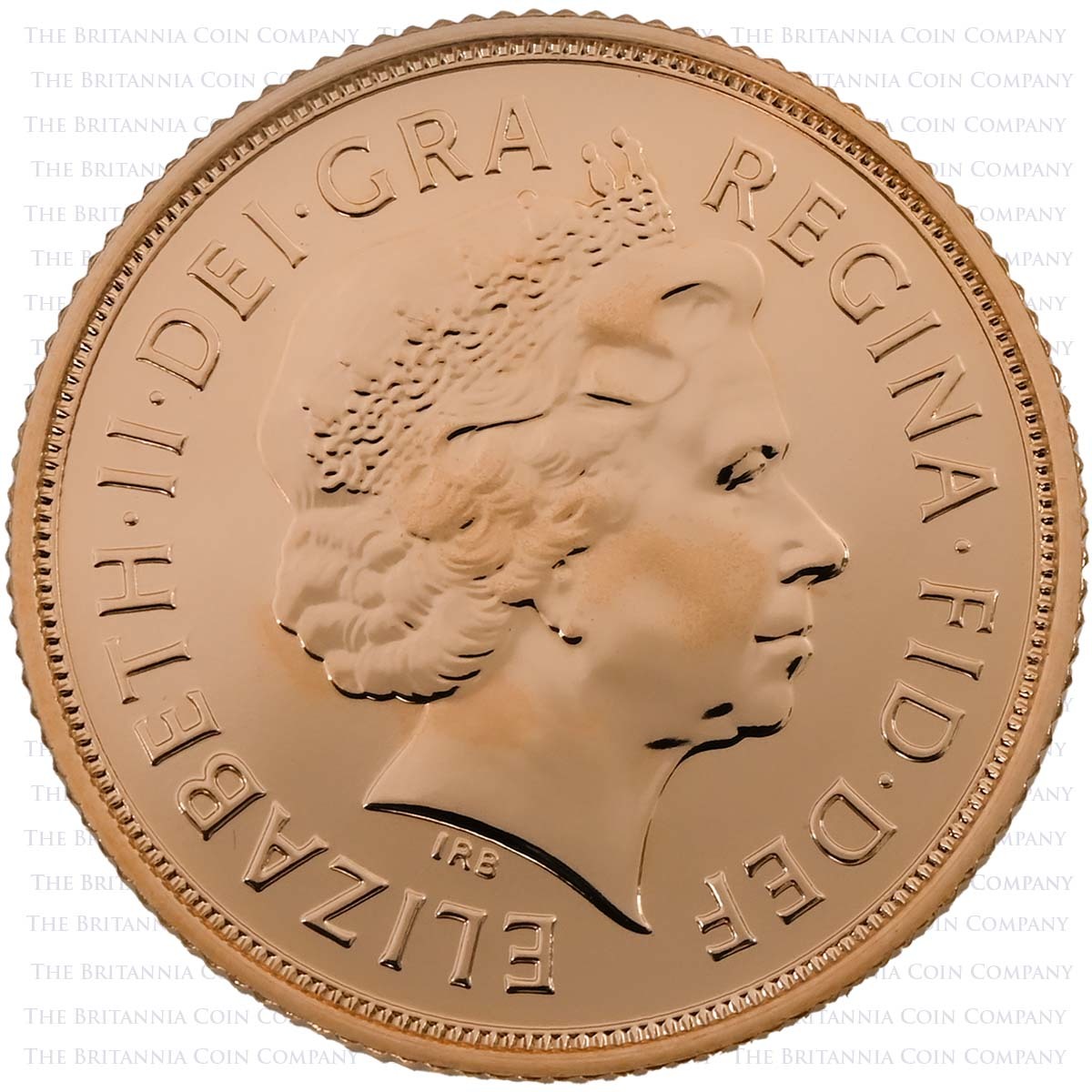 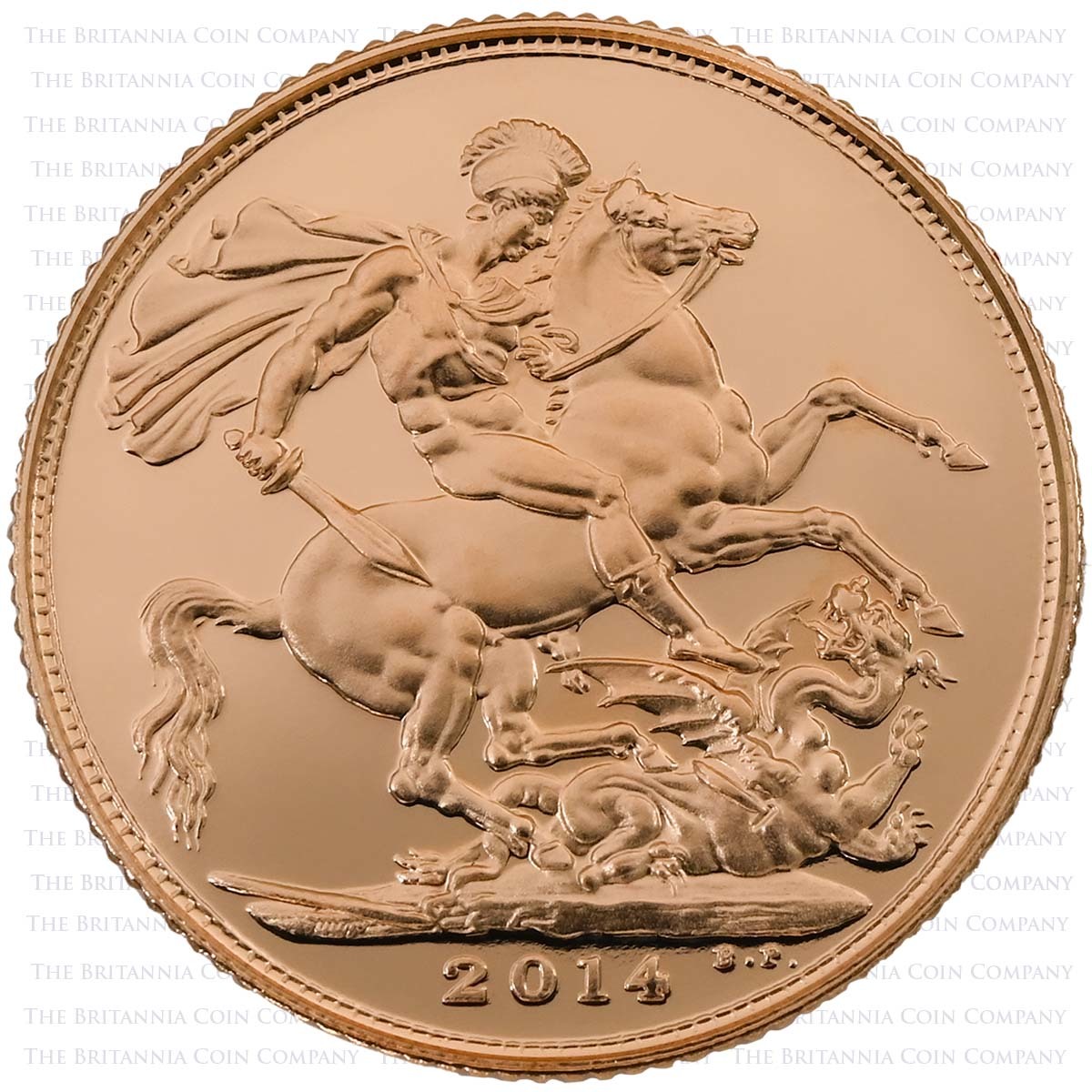 from
£495.00
(VAT Exempt)
On 22 July 2013, Prince George was born, the first child of the Duke and Duchess of Cambridge. From birth he was third in line to the British throne, behind his grandfather, Prince Charles, and his father, Prince William. George’s was the first royal birth to be celebrated on Royal Mint commemorative coins and this issue celebrates his first birthday in 2014. Struck on 22 July to mark the day, this royal collectible has the same specification as all Sovereigns: its minted in 7.98 grams of 22 carat gold with a 22.05 diameter. Its offered in The Royal Mint’s brilliant uncirculated or BU finish which gives this coin a superior appearance to those you might find in your change. The obverse features a portrait of Prince George’s great-grandmother, Her Majesty the Queen, by Ian Rank-Broadley. The reverse shows the classic and very appropriate image of Saint George and the dragon, a design crafted for the first gold Sovereigns, minted in 1817. In it, England’s patron saint and the Prince’s namesake slays a cowering dragon from his position mounted on a rearing steed. This special Sovereign is offered in its original white leather and velvet presentation packaging with a numbered certificate of authenticity. This confirms that this coin is one of just 398 minted.
Log in to get notified when this product is back in stock.
Track Product
You are not logged in. Please Login to track this product.
Description Summary Specification Royal Mint About us

The Story Of The UK Gold Sovereign

The first Sovereigns were struck during the reign of Tudor King Henry VII. Centuries later, a new gold coin bearing this name was introduced, following a major overhaul of British coinage. This Sovereign, first minted in 1817, established specifications that are still strictly followed today.

British coins, including Sovereigns, have been struck before to celebrate royal occasions but usually only anniversaries and milestones for the reigning monarch. Prince George, the eldest son of the Duke and Duchess of Cambridge was the first royal to have his birth on 22 July 2013 celebrated on a British legal tender coin in the form of a £5 Crown.

A year later, the Prince's first birthday was celebrated with this 'struck on the day' Sovereign. At the time, it was one of a very limited number of these special Sovereigns, struck to commemorate important occasions.

Prince George is the third in line to the British throne, behind his grandfather, Prince Charles, and his father, Prince William.

Are Struck On The Day Sovereigns Valuable?

They were offered in The Royal Mint's brilliant uncirculated (BU) standard, providing a much finer finish than ordinary circulating coins and making them perfect for collectors. These coins were presented in an attractive white leather and velvet presentation case with a numbered certificate of authenticity included.

Like all Sovereigns, this 2014 Strike of the Day example is exempt from Capital Gains Tax as UK legal tender and free from VAT in the UK and EU as investment grade gold.

Considering this 2014 coin? There’s a range of a additional options to consider: