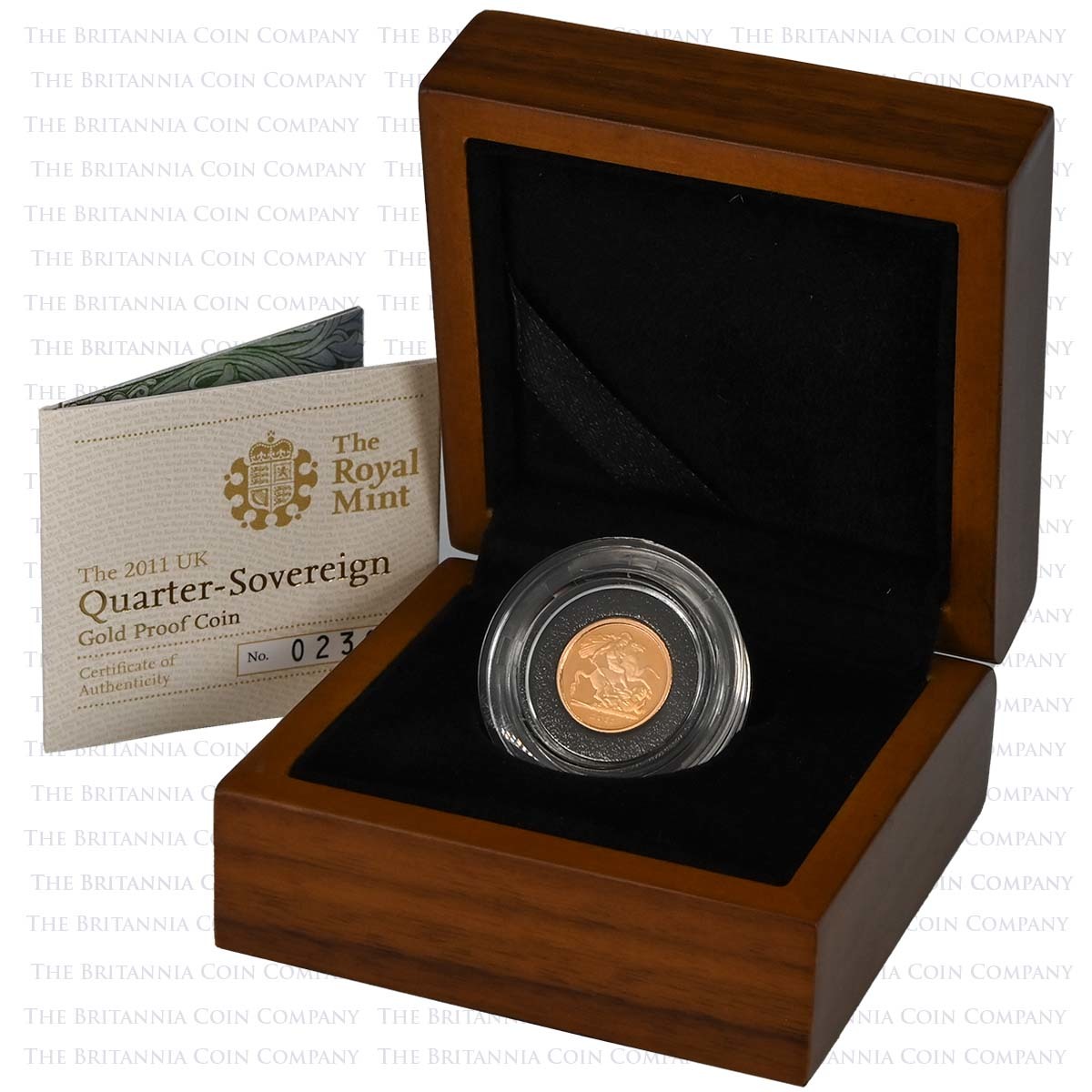 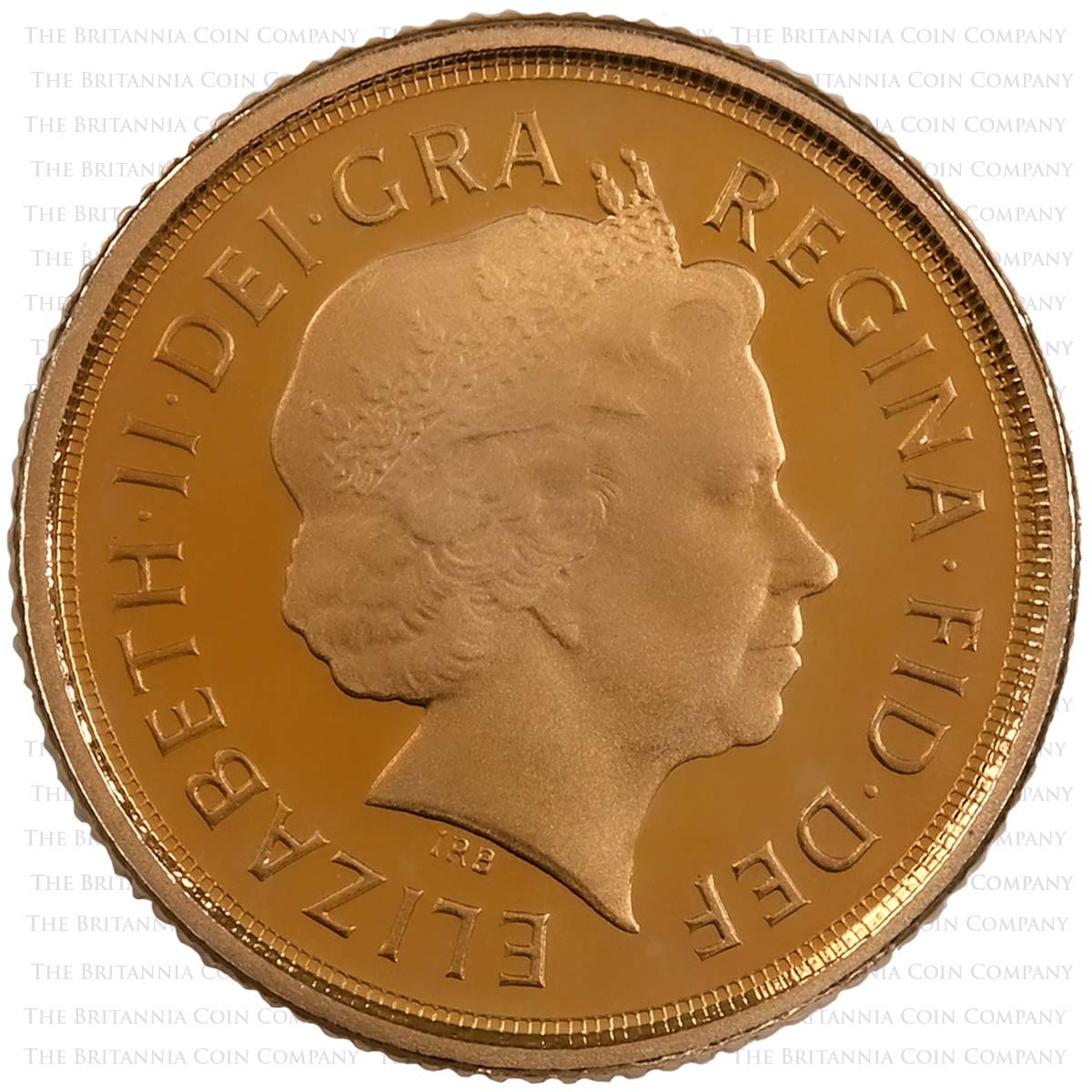 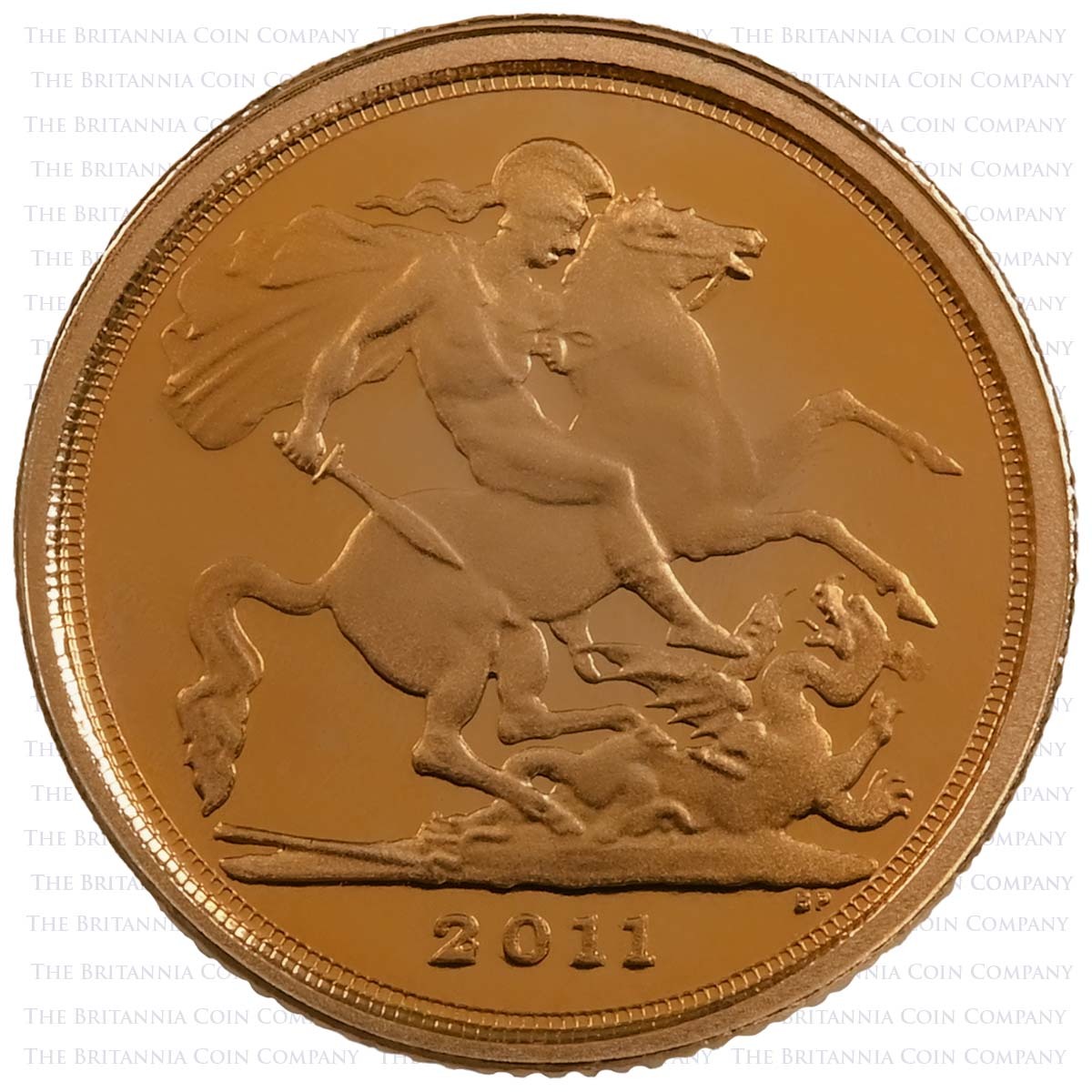 from
£150.00
(VAT Exempt)
Gold proof 2011 Quarter Sovereign from a limited edition presentation. The modern ‘full’ Sovereign has been around since 1817 but The Royal Mint only began striking Quarter Sovereigns in 2009. These fractional Sovereigns are composed of 1.997 grams of 22 carat gold and have a diameter of 13.50 millimetres. They have exactly a quarter of the gold content of a full Sovereign (.0588 troy ounces compared to .2354 ounces). This 2011 example features a classic design to the reverse that has long featured on other coins in the Sovereign family. Crafted by Italian artist Benedetto Pistrucci, the Saint George and the dragon engraving is instantly recognisable to collectors. Its paired with a modern portrait of Her Majesty Queen Elizabeth II by Ian Rank-Broadley, as used on British money between 1998 and 2015. This Quarter Sovereign comes in its original presentation case from The Royal Mint with a numbered certificate of authenticity. It’s from a limited edition presentation of just 6,736, not including those issued in sets.
Quantity
Cost Per Unit
Starts From
1+
£150.00
£150.00
Track Product
You are not logged in. Please Login to track this product.
Description Summary Specification Royal Mint About us

The first gold Sovereigns were struck during the reign of Tudor king Henry VII. Centuries later, in 1817, a new gold coin bearing this name was introduced, following a major overhaul of British coinage.

Like many of these gold coins, this Quarter Sovereign features an iconic reverse design, created by Italian artist, Benedetto Pistrucci. His instantly-recognisable Saint George and the Dragon design shows England's patron saint mounted on a horse, slaying a dragon underfoot.

It's a powerful image that has become synonymous with the gold Sovereign and related coins like the Quarter Sovereign. They don't carry their denomination on their face as part of their legend like most currency, so the Saint George motif is an easy identifier for many collectors. The coin's date appears below the dragon.

Pistrucci's reverse is paired with Ian Rank-Broadley's portrait of Her Majesty the Queen. In use between 1998 and 2015, this fourth official effigy shows a greater degree or realism than its idealised predecessors. Broadley's initials - IRB - appear below the truncation of Elizabeth II's neck.

This 2011 Quarter Sovereign has a fine proof finish. Intended for collectors, proof coins have more detail and a more contrast between fields and figures than their circulating and bullion counterparts thanks to multiple strikes of hand-prepared dies.

The coin comes in its original presentation case with a numbered certificate of authenticity.

These and the 2011 gold proof Quarter Sovereign are exempt from Capital Gains Tax as UK legal tender and free from VAT in the UK and EU as investment grade gold.