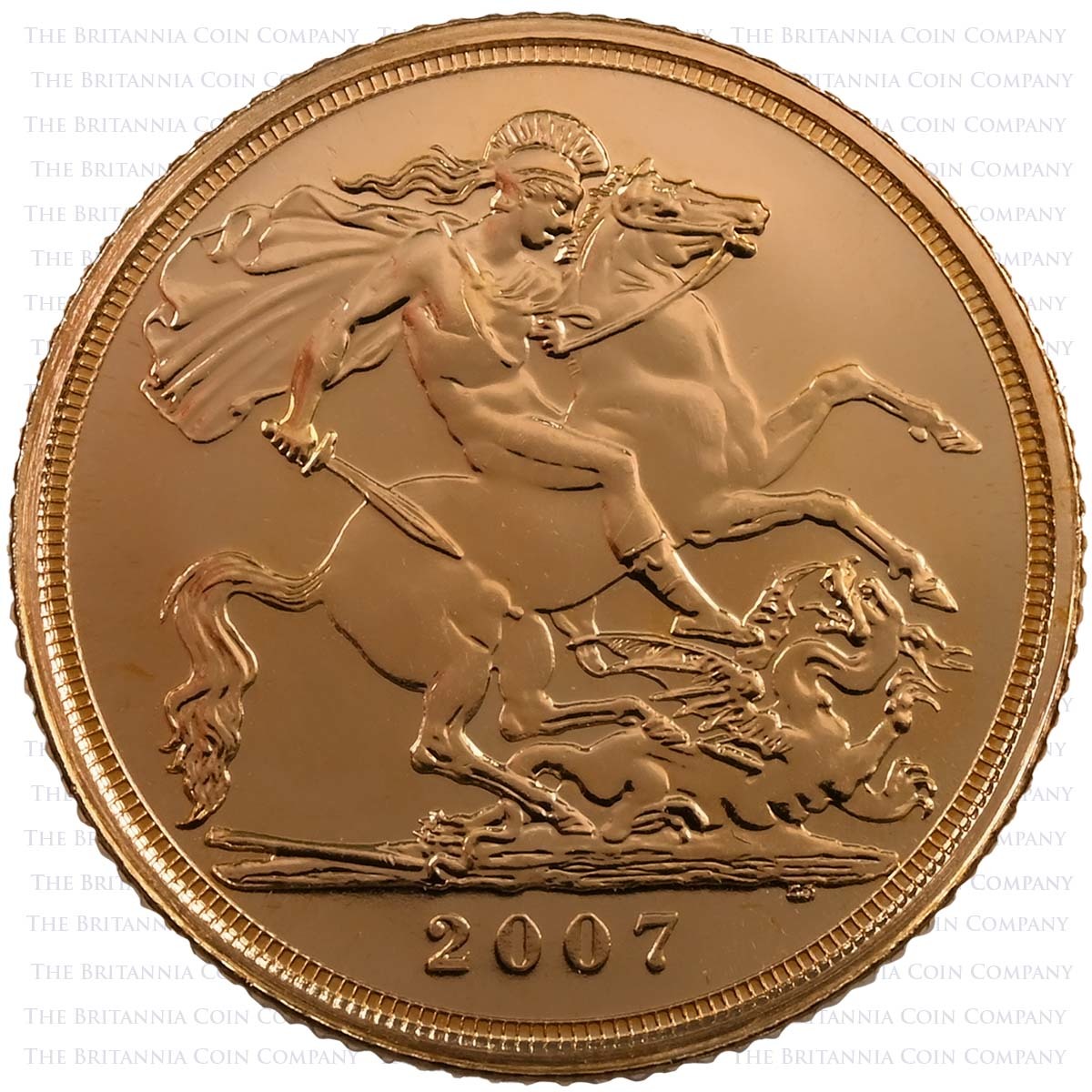 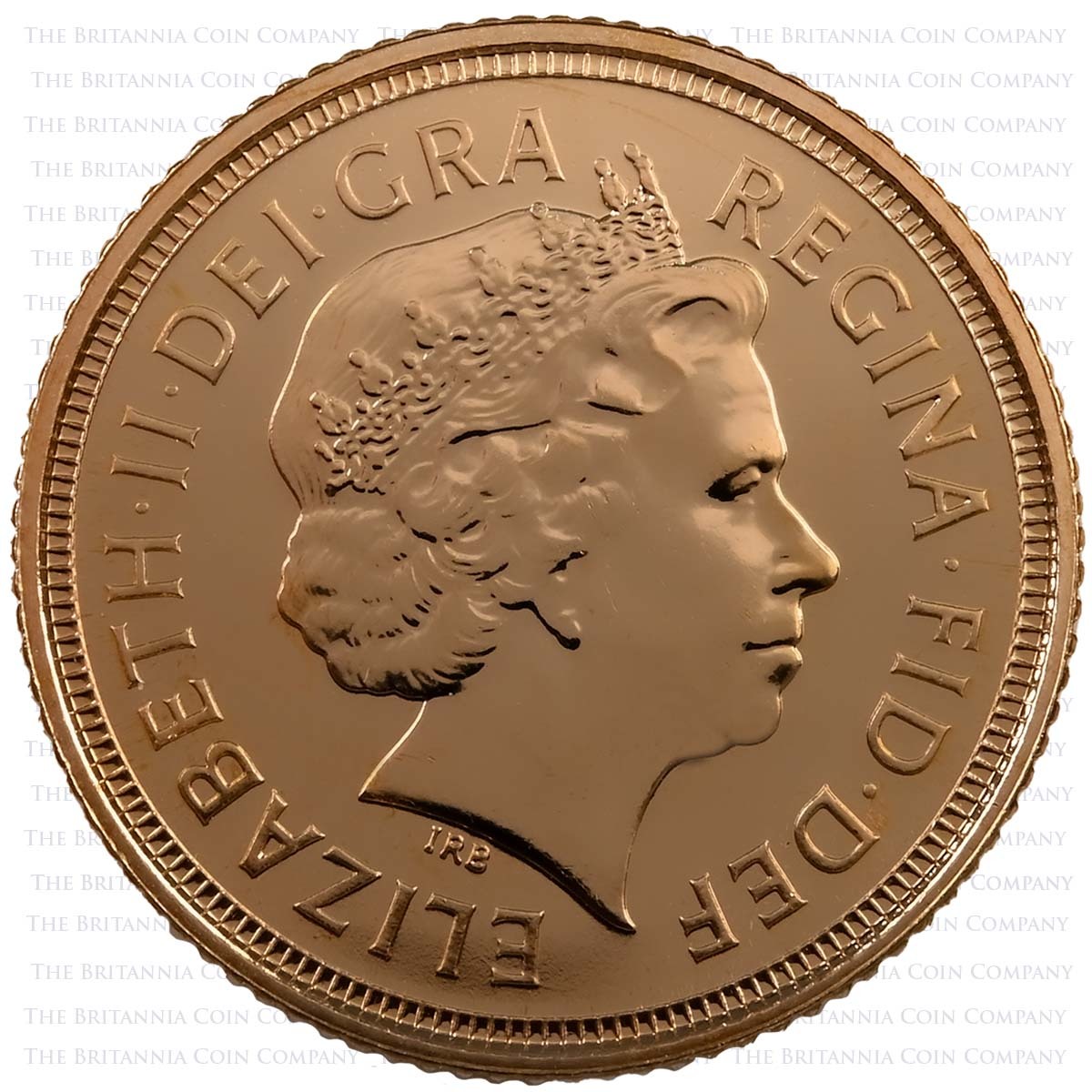 from
£207.57
(VAT Exempt)
22 carat uncirculated gold Half Sovereign from 2007. These Royal Mint coins date back to the time of the Tudor kings though the name is most associated with the modern Half Sovereign, first minted in 1817. These gold coins bore the face of George III and a reverse design that will be instantly recognisable to investors and collectors. Benedetto Pistrucci’s interpretation of Saint George, caught in the act of slaying a prone dragon, has been a perennial presence on Sovereigns down the decades and also features on the 2007 Half Sovereign. These coins do not bear a mark of their value on their face so this image of England’s patron saint is an easy identifier. The obverse of the 2007 Half Sovereign shows Ian Rank-Broadley’s portrait of Her Majesty the Queen, in use on British coins between 1998 and 2015. Each of these coins conforms to long-established specifications, measuring 19.30 millimetres and composed of 3.99 grams of 22 (916.7) carat gold. That’s a pure gold content of 3.66 grams or .1177 troy ounces and exactly half the amount that a ‘full’ Sovereign contains. Their gold content and their status as UK legal tender makes them VAT and Capital Gains Tax exempt. Our 2007 Half Sovereigns are offered in about Extremely Fine condition, their surface protected by a capsule or slip. UK orders get free, insured, next-day shipping.
Log in to get notified when this product is back in stock.

UK uncirculated 2007 gold Half Sovereign from The Royal Mint.

The History of Gold Half Sovereigns

The earliest Half Sovereigns bore the name of Tudor king, Henry VIII. The legacy of these English gold coins lives on in the British Half Sovereign, introduced in 1817, late in the reign of George III. These Georgian Half Sovereigns established specifications for the Half Sovereign that are still followed today.

Each of these coins are composed of 3.99 grams of 22 carat gold. That equates to .1176 troy ounces - exactly half the fine gold weight of a 'full' Sovereign. They have a diameter of 19.30 millimetres and a face value - technically - of 50p though they do not show their value on their face and their worth is much higher thanks to their gold content.

Reverse Of 2007 UK Half Sovereigns

2007 Half Sovereigns show the classic Saint George reverse. It's been a perennial presence on gold Sovereigns and Half Sovereigns since they were first issued. The engraving - which capture's England's patron saint in the act of slaying a dragon from horseback - is the work of an Italian engraver named Benedetto Pistrucci. The date appears below with the artist's initials to the right below the beast.

Pistrucci's historic design is paired with a more modern obverse by sculptor Ian Rank-Broadley. His portrait of Her Majesty the Queen was used on British coinage from 1998 to 2015. It shows Elizabeth II wearing the Girls of Great Britain and Ireland Tiara. The artists initials appear below the portrait and the legend around reads: 'ELIZABETH · II · DEI · GRA REGINA · FID · DEF'.

Why Should I Buy 2007 Half Sovereigns?

Thanks to their small size, Half Sovereigns are more affordable than 'full' Sovereigns or heavier 1oz gold coins. They still benefit from the prestigious name meaning gold buyers the world over will recognise your Half Sovereign when it comes time to liquidate your holdings. Rare dates and special designs add collectibility which can add value well above the precious metal price.

Their gold content means that Half Sovereigns are VAT exempt in the UK and the EU with their status as legal tender ensuring a Capital Gains Tax exemption too.

Our 2007 Half Sovereigns are in uncirculated condition and boast a minimum grade of about Extremely Fine or better. This makes them ideal for gifts. We'll supply your coin in a protective slip or capsule and package it securely and discretely for delivery which is free to UK addresses.

Pondering a Half Sovereign? Why not have a look at our best value, mixed year Sovereigns? We've also got 'full' 2007 proof Sovereigns in stock if its this date you're looking for.

We buy 2007 Half Sovereigns and other gold coins for market leading prices. Whether you're selling one Half Sovereign or a collection we're happy to offer you a free, no obligation quote that we're confident you'll be happy with. Been offered more elsewhere? Let us know! Visit our Sell Your Coins page for details.

The value of 2007 Half Sovereigns depends on the precious metal markets. Each Half Sovereign is composed of 3.99 grams of 22 carat (916.7) gold or 3.66 grams (.1177 troy ounces) of pure gold. Special designs and low mintages push up the price. Get a valuation now: more info on our Sell Your Coins page.