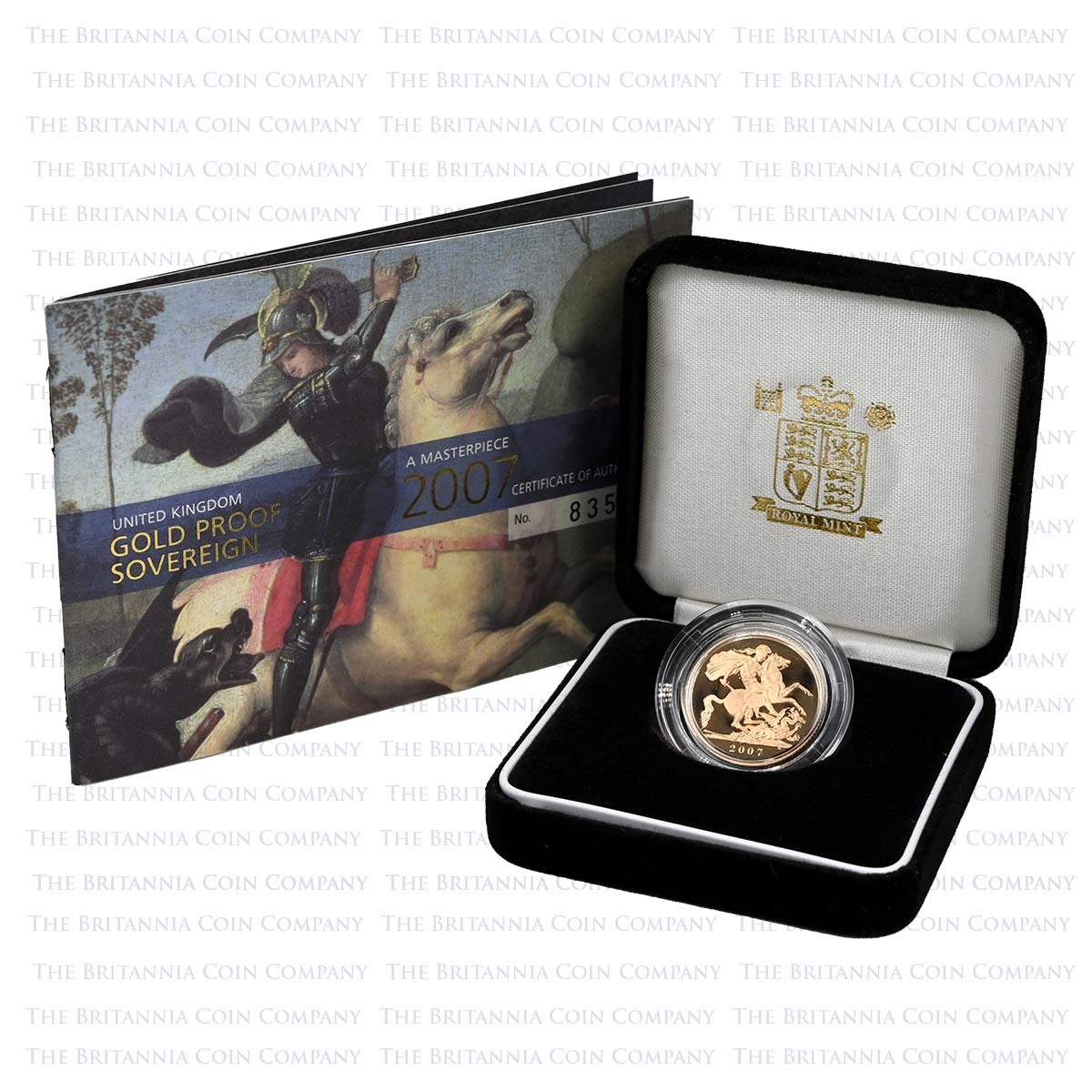 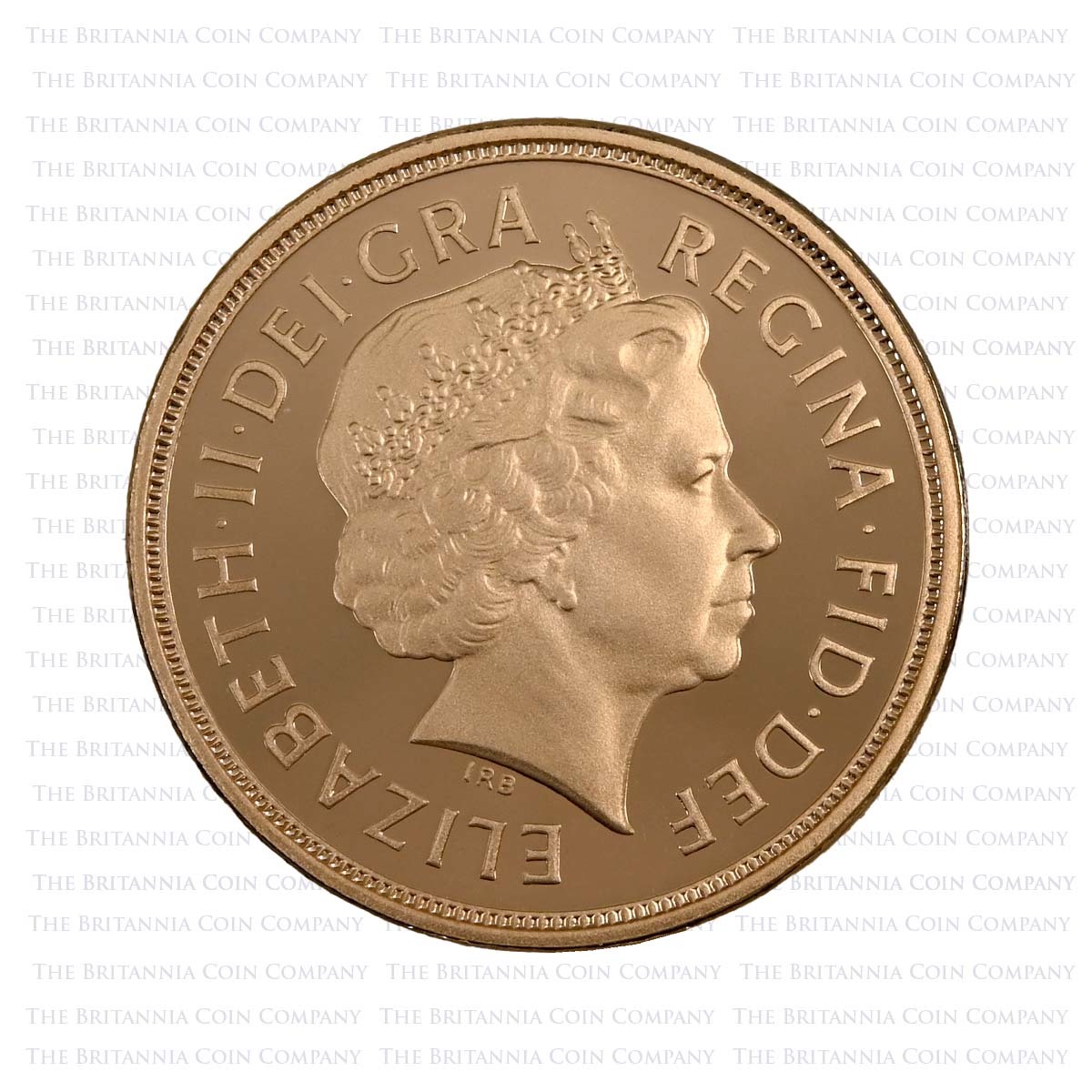 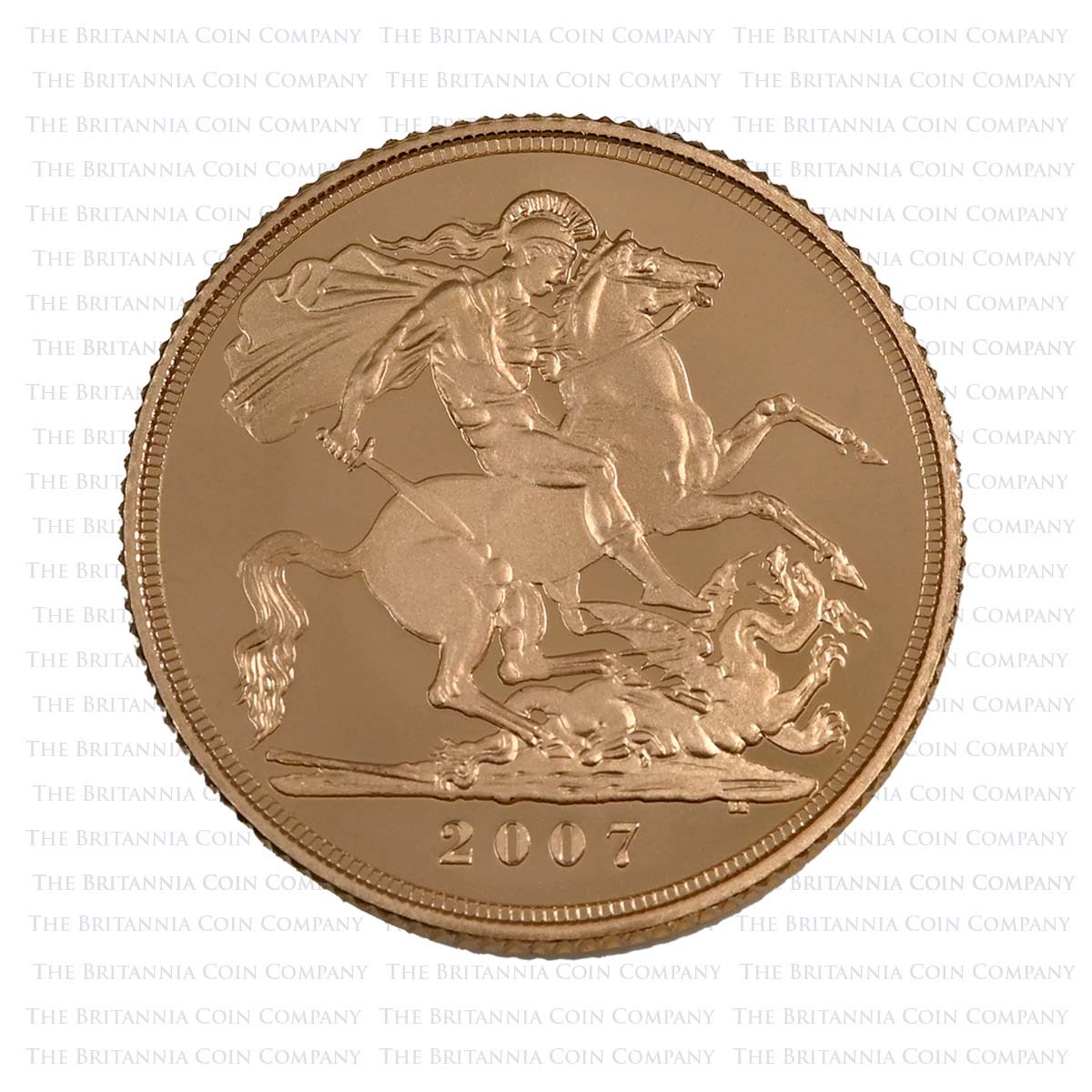 £495.00
(VAT Exempt)
2007 gold proof Sovereign with Ian Rank-Broadley’s portrait of Her Majesty the Queen. In the 2000s, The Royal mint was issuing proof Sovereigns in black velvet cases inside a larger black card case with gold lettering to the lid. The larger information booklet/certificate of authenticity sits inside the larger case. This coin comes with all its original packaging with its COA enclosed. Like all ‘full’ gold Sovereigns this one is composed of 7.98 grams of 22 carat gold and measures 22.05 millimetres across. The edge is milled. The difference here, and what makes this issue particularly collectible is the proof finish. Intended for collectors, proof coins are stuck multiple times with hand prepared dies for a high definition design with frosted devices and shiny fields. The finish is preserved by the original capsule. The obverse shows the fourth definitive effigy of Queen Elizabeth II and the reverse shows the instantly recognisable Saint George design, long associated with Sovereigns. This engraving was completed by Italian artist Benedetto Pistrucci for the first modern Sovereigns, issued in 1817 and has been used on and off since. It’s a classic motif, beloved by collectors. Only 8,199 gold proof Sovereigns were issued by The Royal Mint in 2007 making this issue highly sought-after.
Quantity
Cost Per Unit
Starts From
1+
£495.00
£495.00
Track Product
You are not logged in. Please Login to track this product.
Description Summary Specification Royal Mint About us

Just 8,199 proof Sovereigns were issued by The Royal Mint in 2007, not including those in sets.

Saint George and the Queen

The finish is preserved by the original capsule and velvet presentation box that the coin comes in. Also included: a numbered certificate of authenticity.

If you're interested in buying Sovereigns you might want to consider our best value, mixed-year gold coins which make a great investment.

Like all Sovereigns, this 2007 example is exempt from Capital Gains Tax as UK legal tender and free from VAT in the UK and EU as investment grade gold.