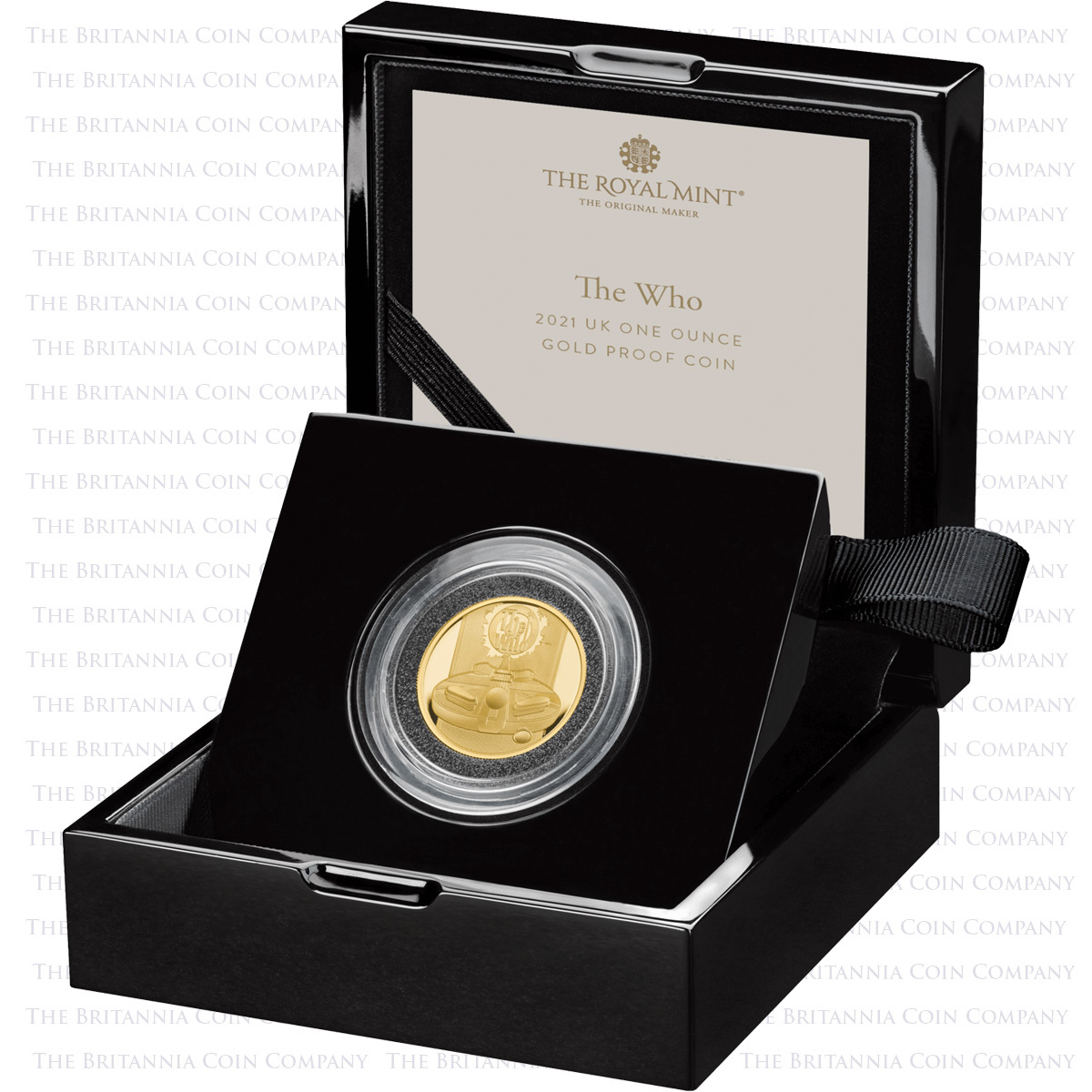 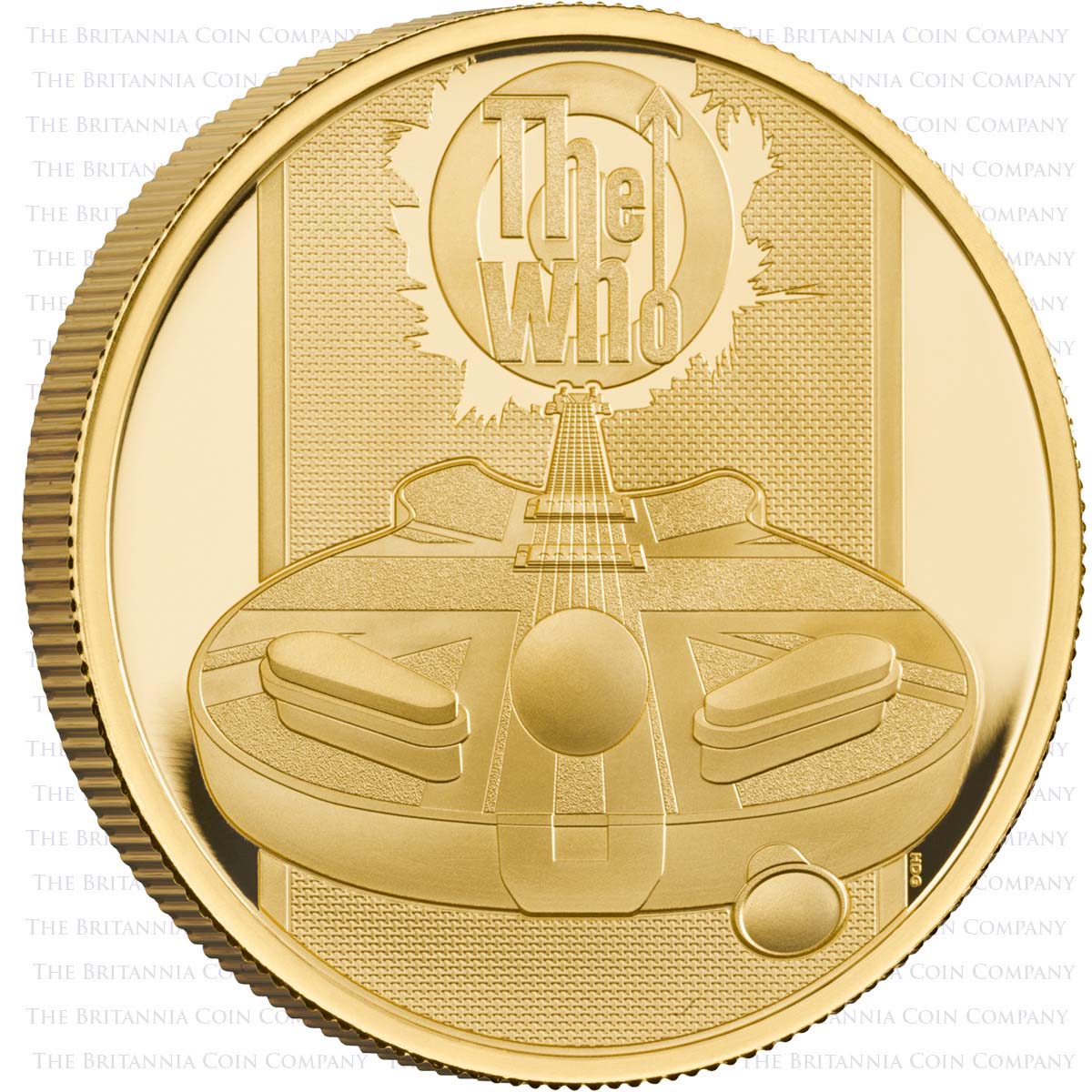 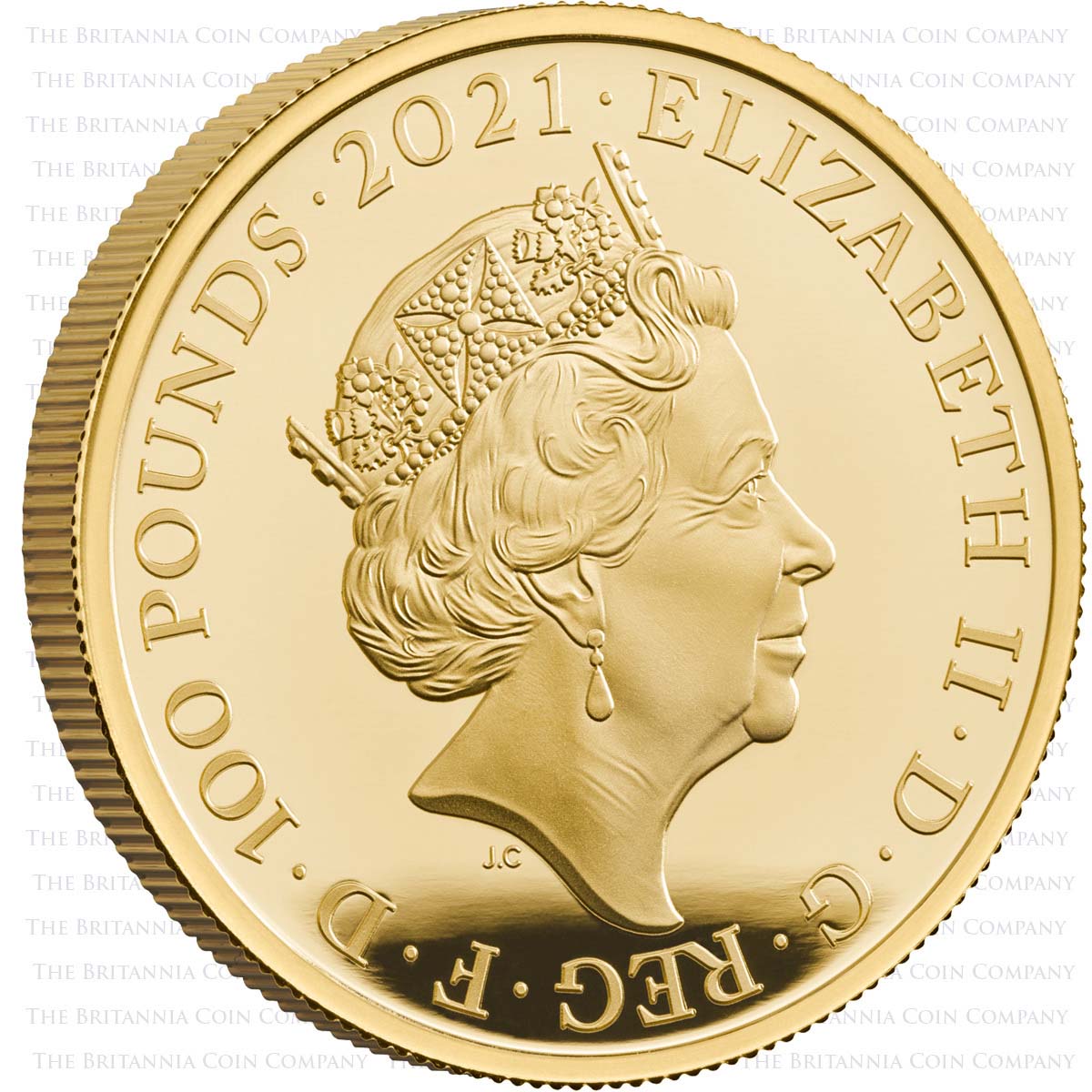 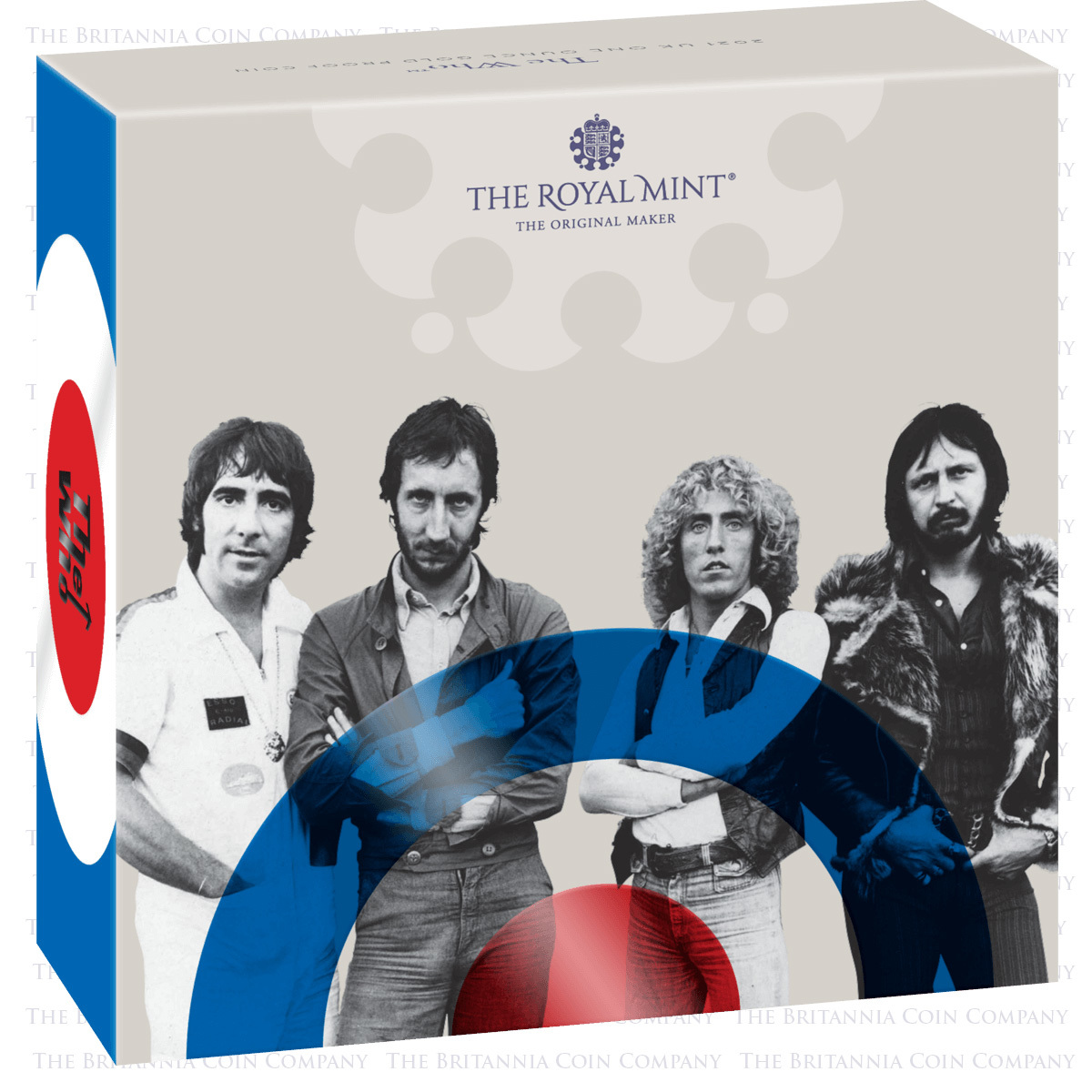 from
£2,650.00
(VAT Exempt)
From a limited mintage of only 350, The Who 2021 Music Legends One Ounce Gold Proof celebrates influential British band The Who on a £100 coin. This new addition to The Royal Mint’s Music Legends series, featuring the best of UK music, weighs in at 31.21 grams of 999.9 fineness gold and is both VAT and Capital Gains Tax exempt. Exclusive reverse featuring bullseye logo and guitar pinball table (a nod to the single Pinball Wizard) by designer Henry Gray. Sent by free insured delivery in original packaging with a numbered certificate of authenticity.
Quantity
Cost Per Unit
Starts From
1+
£2,650.00
£2,650.00
Track Product
You are not logged in. Please Login to track this product.
Description Summary Specification Royal Mint About us

The Who 2021 Music Legends One Ounce Gold Proof coin celebrates the work of influential English rock band, The Who.

The reverse of all 2021 The Who Music Legends coins, including the One Ounce Gold Proof coin, features a Rickenbacker guitar with a Union Jack motif. The designer, Henry Gray, choose the Rickenbacker because that was the first guitar Pete Townsend destroyed onstage.

Gray's reverse design is paired with an obverse featuring Jody Clark’s portrait of her Majesty the Queen, the fifth such head to appear on her official coinage. The inscription reads: ‘ELIZABETH II · D · G · REG · F · D · 100 POUNDS ·’.

The Who 2021 Music Legends One Ounce Gold Proof is composed of 31.21 grams of 999.9 fineness gold. That’s the equivalent of 24 Carats, meaning these coins have a pure gold content of 31.10 grams or one troy ounce. These specifications match a One Ounce Britannia and the two coins share the same diameter: 32.69 millimetres.

Struck to Proof standard, your The Who 2021 Music Legends One Ounce Gold Proof represents the best quality presentation of this collector’s piece available. Sharp details and mirror finishes are achieved through careful selection of materials, multiple strikes and hand finishing, guaranteeing your coin an outstanding appearance.

As one of only 350 issued you will want to acquire The Who 2021 Music Legends One Ounce Gold Proof while stocks last. You’ll know you have the authentic product, thanks to the high-quality, original The Royal Mint packaging and a numbered certificate of authenticity.