Who Is Jody Clark? British Coin Designer's Most Famous Creations 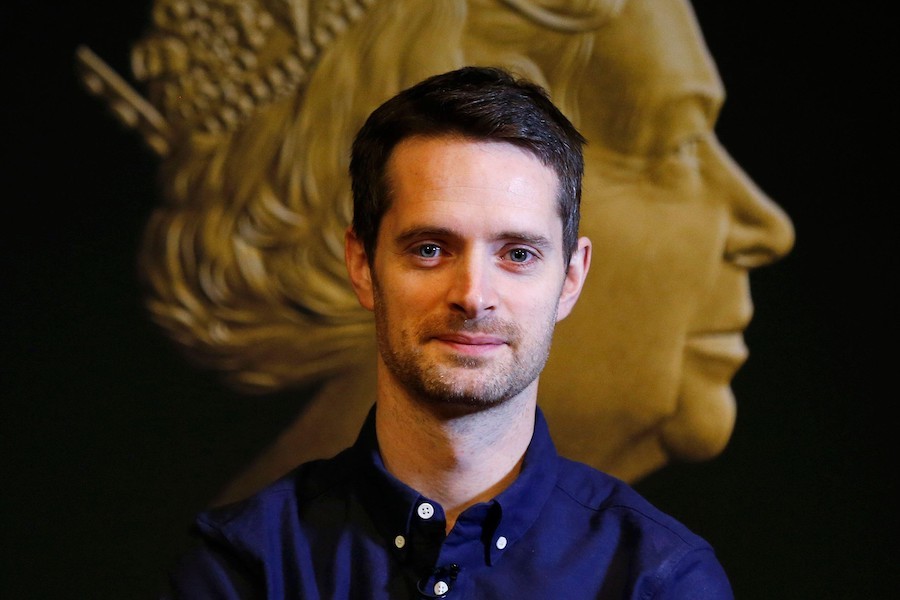 The Royal Mint has just unveiled a surprise new Sovereign, the second to be issued with a 2022 date. These coins feature the new portrait of King Charles III by Martin Jennings and a special royal arms reverse, created by an artist well-known to collectors of modern UK coinage.

Jody Clark's Sovereign design is rich in detail and includes life-like heraldic creatures, harkening back to his earlier work on The Queen's Beasts series. But what other coins has Clark designed? And why were collectors so happy to see his work on the new Sovereign?

Who Is Jody Clark?

Jody Clark is a British artist, specialising in digital sculpting and 3D modelling.

Born in 1981, Clark is originally from Bowness on Windermere in the picturesque Lake District. He studied illustration at The University of Central Lancashire before launching a career in commercial packaging design.

Clark joined The Royal Mint in 2012, becoming part of the organisation's design team. These skilled graphic designers work to briefs provided by the Royal Mint Advisory Committee who oversees the design of UK commemorative and circulating coinage. Commissions are also open to independent designers but it's often an in-house creative that gets the job. After the Committee approve an artist's work, it's passed to the product designers who prepare the coin for production at the Mint's Llantrisant facility. The whole process is usually completed months before coins are released. Royal Mint designers are also involved in creating packaging and tie-in marketing campaigns.

Some of Clark's early projects for The Royal Mint include commemorative medals for the 2014 Ryder Cup and for the NATO Summit held in Wales in the same year. International coinage commissions include designs for Tanzania, Lesotho, Costa Rica and Azerbaijan, produced at the mint for use and sale overseas.

In 2020, Clark left The Royal Mint to work for a private company though he's still creating designs for The Royal Mint and other organisations on a freelance basis.

Clark was 33 when his coin portrait of Queen Elizabeth II was selected for use on UK currency. This made him the youngest of the five artists to create a definitive effigy of Her Majesty and the first Royal Mint staff member to be so honoured for more than 100 years. The new portrait, personally approved by The Queen, was unveiled in the spring of 2015 as she was about to become our longest-reigning monarch.

Clark's fifth effigy shows Her Majesty as a great-grandmother. Her eyes are warmer and a little more lined than in Ian Rank-Broadley's 1998 fourth portrait and her chin a little softer. She is shown with a hint of a smile, wearing the Diamond Diadem: the jewelled headgear she wore on the way to her coronation and to every State Opening of Parliament. 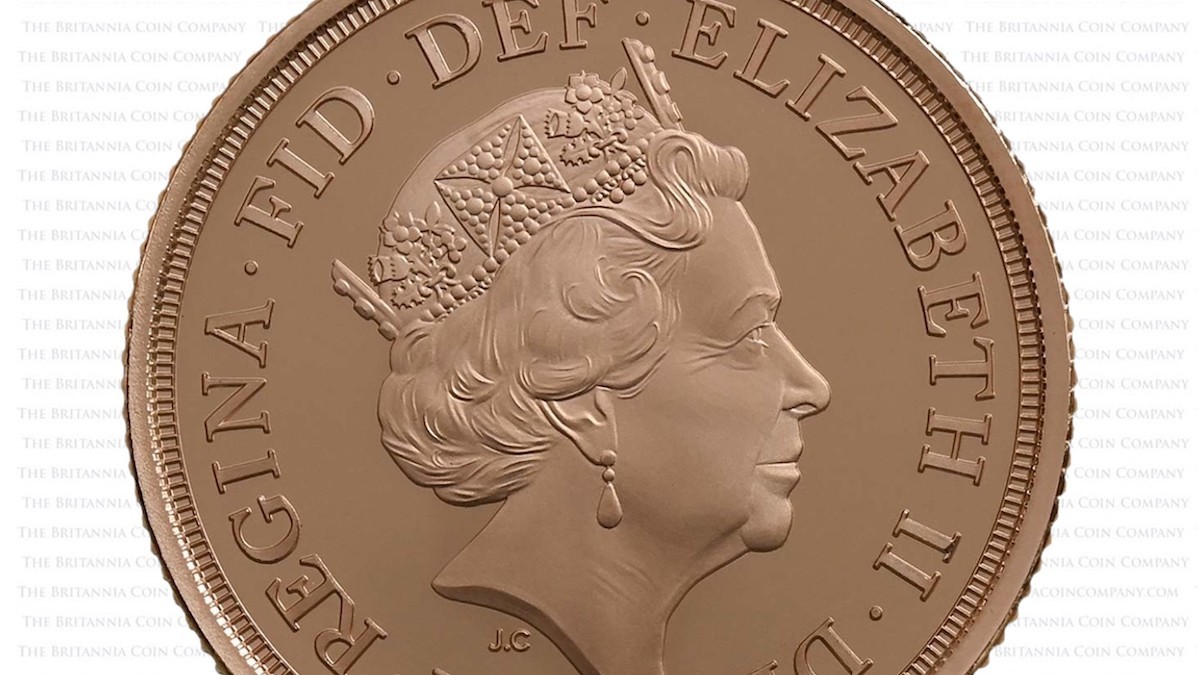 Clark's portrait of Queen Elizabeth II, as it appears on the obverse of a 2022 Jubilee proof Sovereign.

The 2015 portrait was created without a sitting. Clark instead worked from specially taken photographs, provided by the palace. In the past, an engraver would have created a low-relief model in plaster then hand-sunk a master die. Instead, Clark used computer-aided design software to 3D-model his design: a first for a UK definitive coin portrait.

Speaking of the commission, Clark has said:

'My family were all very pleased when I won the competition. It's unique to think people around the country have touched my design and coins and stamps are a way people interact with The Queen.'

As the final coinage portrait of Her Majesty Clark's design has become one the most widely seen works of art in the world, gracing more than three million UK coins.

Jody Clark's Other Portrait Of The Queen

In addition to his definitive UK design, Clark is also responsible for a distinct portrait, used on coinage issued by other Commonwealth nations, Crown Dependencies and British Overseas Territories.

This effigy shows the Queen looking right over her shoulder, wearing the same diadem and pearl drop earrings as on the UK version. She also sports a large jewelled necklace. According to Clark, this detail was removed from the British portrait. Rather than being 'couped' at the neck, the Commonwealth portrait is 'uncouped', extending to the edge of the coin, incorporating Her Majesty's neckline and shoulders. There are lots of similarities between both versions but just as many differences, including a difference in expression: Clark's overseas portrait is definitely more serious.

This design has been used on circulating and collectable coins of the Australian Dollar since 2019. You will also see this portrait on coins struck by private mints in partnership with the Isle of Man (starting in 2017), Saint Helena (from 2018) and the channel island of Alderney (from 2020). 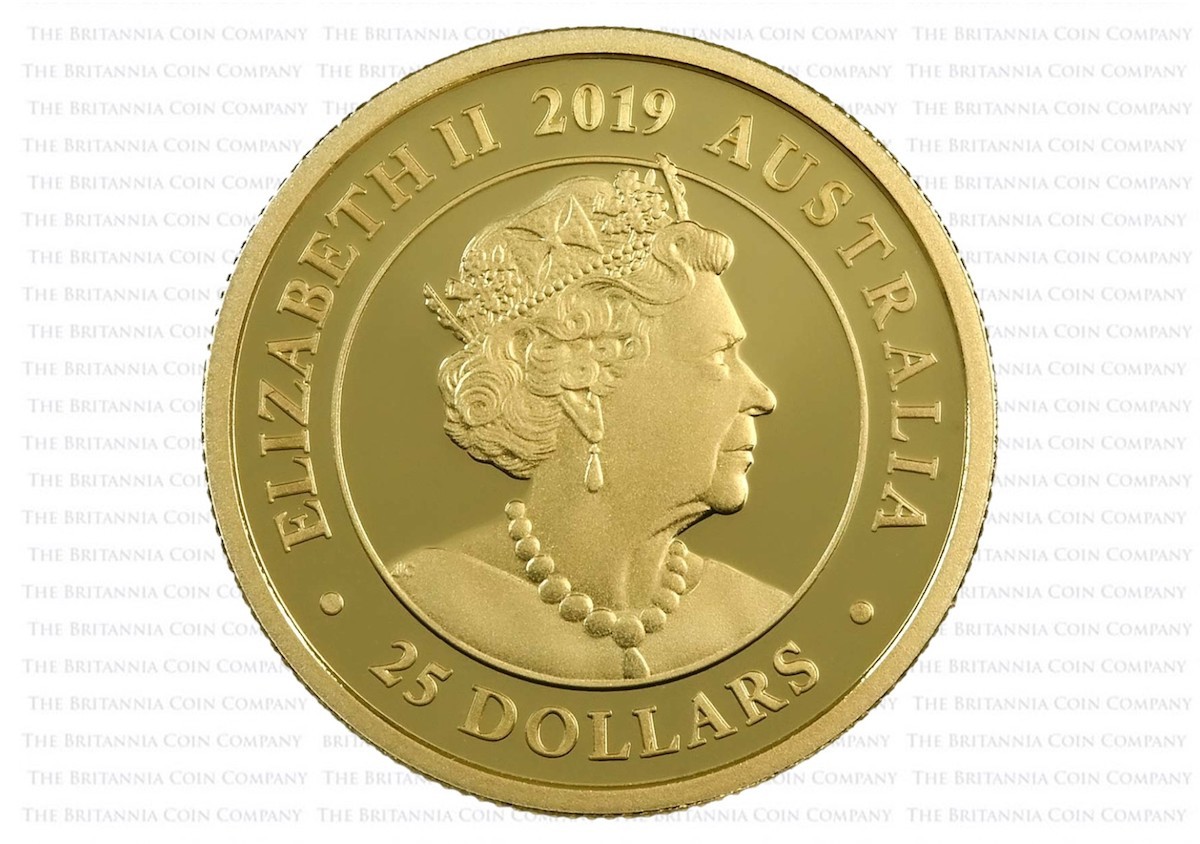 After his coin portraits, Clark is probably best known for his contribution to The Royal Mint's Queen's Beasts series. His work featured on the reverse of the eleven coins issued as part of this blockbuster collection from the first issue in 2016 to the crowning Completer, released in 2021.

Queen's Beasts coins are inspired by a group of statues that guarded the entrance to Westminster Abbey during the 1953 coronation of Queen Elizabeth II. Created by sculptor James Woodford, they took the form of form of the heraldic creatures that guard the coats of arms of Her Majesty's royal and noble ancestors. Like Woodford's sculptures, Clark's designs combine a historic shield of arms with a dynamic interpretation of a heraldic beast caught in motion; claws, wings and bared fangs all inspired by studies of real animals. About designing the Queen's Beasts range, Clark said:

'There are two approaches, the royal and the heraldic, or the fantastical approach. I wanted my designs to be somewhere in the middle of the two really; something that looked like a real beast rather than just a graphic heraldic image. ' 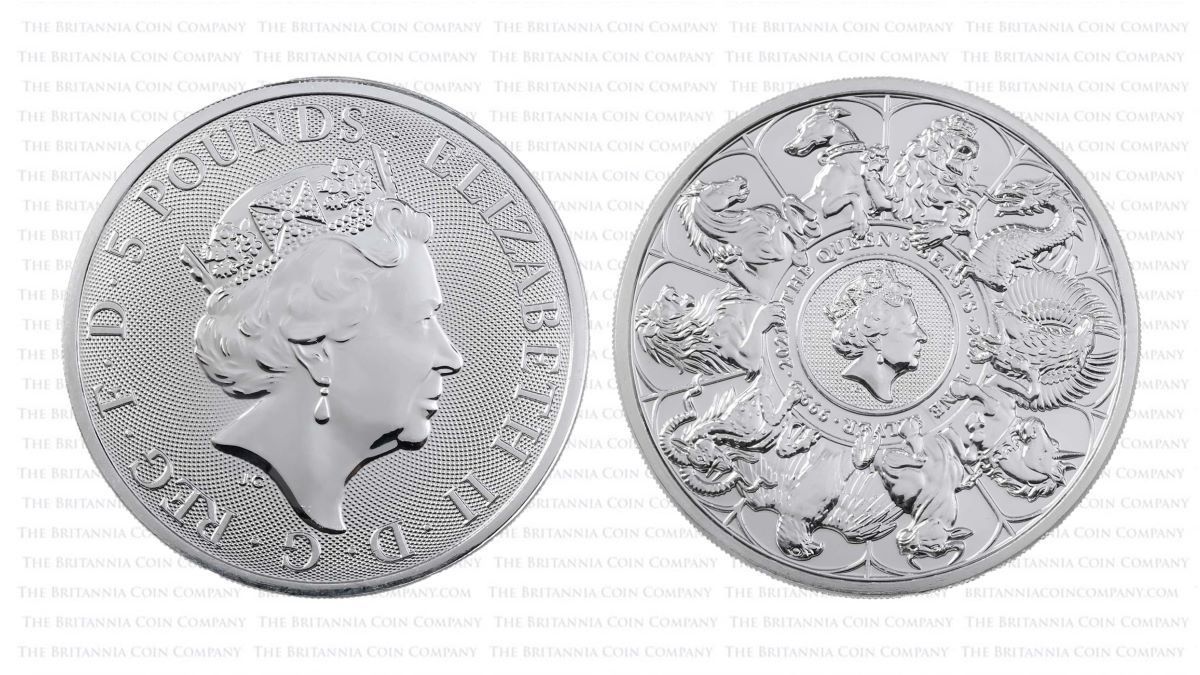 Clark's work appears on both sides of coins in the Queen's Beasts range, including on this 2021 2oz silver bullion Completer.

A quick Numista search turns up a ton of Jody Clark coins: he's certainly one of the most prolific British coin designers working today. Here's our top picks of lesser-known coins, designed by Clark.

Clark's design for the Britannia series shows the female personification of the British Isles in front of a globe, her classical robes moving with its turn and a lion (couchant) by her side. The work takes some cues from Una and the Lion, a renowned design from another Royal Mint engraver: William Wyon. This motif can be seen on gold and silver proof Britannias, issued in 2014. The same design also appeared on 2015 brilliant uncirculated £50 Britannias.

Clark created four designs featured in a limited edition 2016 set, issued to celebrate Her Majesty's 90th birthday. The four coins focus on different themes from her reign, including her role in the Commonwealth of Nations and her long marriage to Prince Philip, the Duke of Edinburgh. The coins in the set were struck by The Royal Mint on behalf of the Cayman Islands, Niue, Bermuda and the East Caribbean States.

The Myths and Legends bullion mini-series from The Royal Mint look back into the mists of British folklore, taking the stories of Robin Hood and his merry men for inspiration. Clark's designs feature on the reverse of the three coins in the collection, starring the outlaw himself, Maid Marian and Little John. These investment coins are available in 24-carat gold and .999 silver.

Clark's latest UK coin design graces the reverse of the new Memorial Sovereign, released to commemorate the late Queen's life and legacy. His royal arms design incorporates the lion of England and the unicorn of Scotland, seen guarding the monarch's shield. While most gold Sovereigns issued since 2015 feature Clark's portrait of Her Majesty, this one shows Martin Jennings' new image of King Charles that has begun to replace Clark's work on UK coinage.