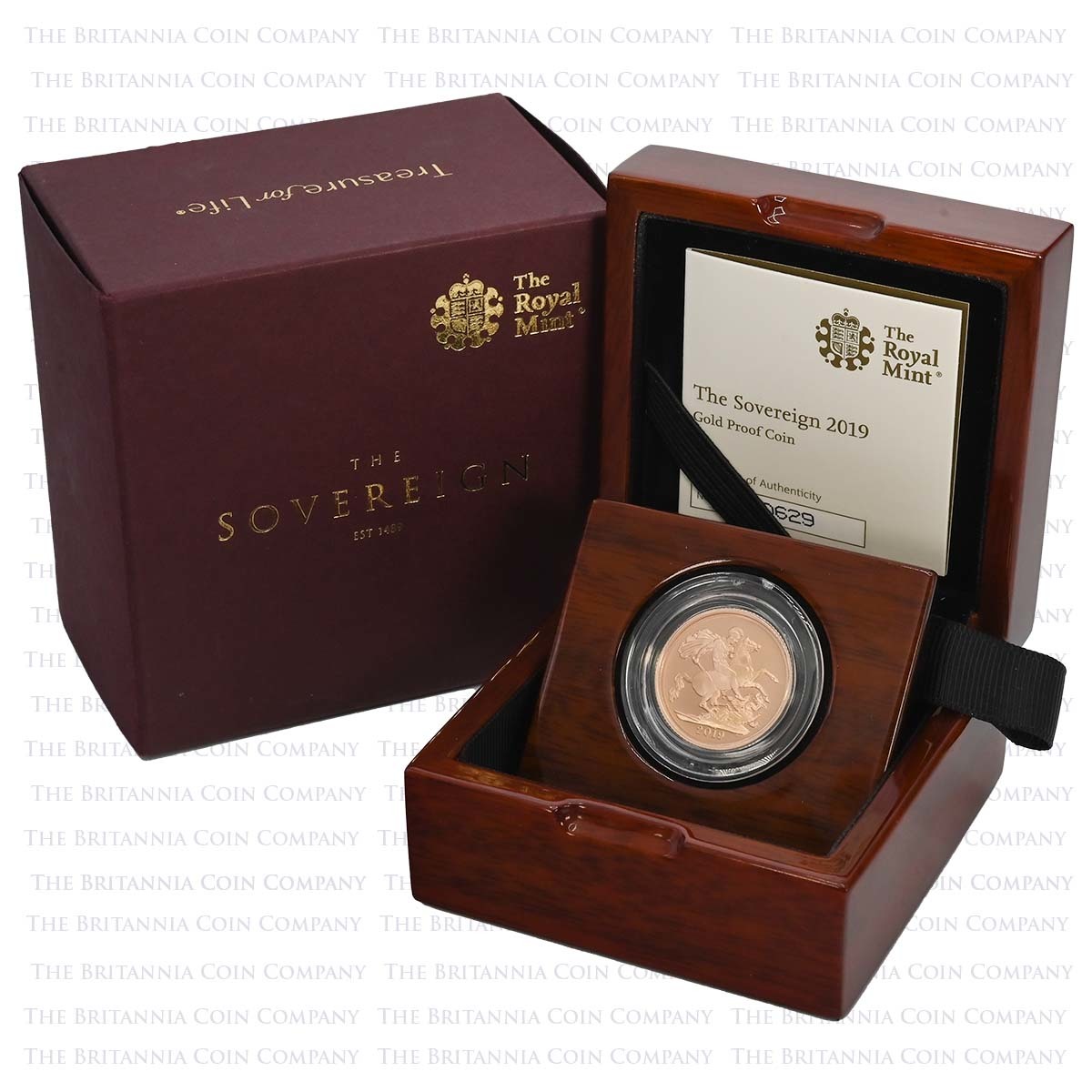 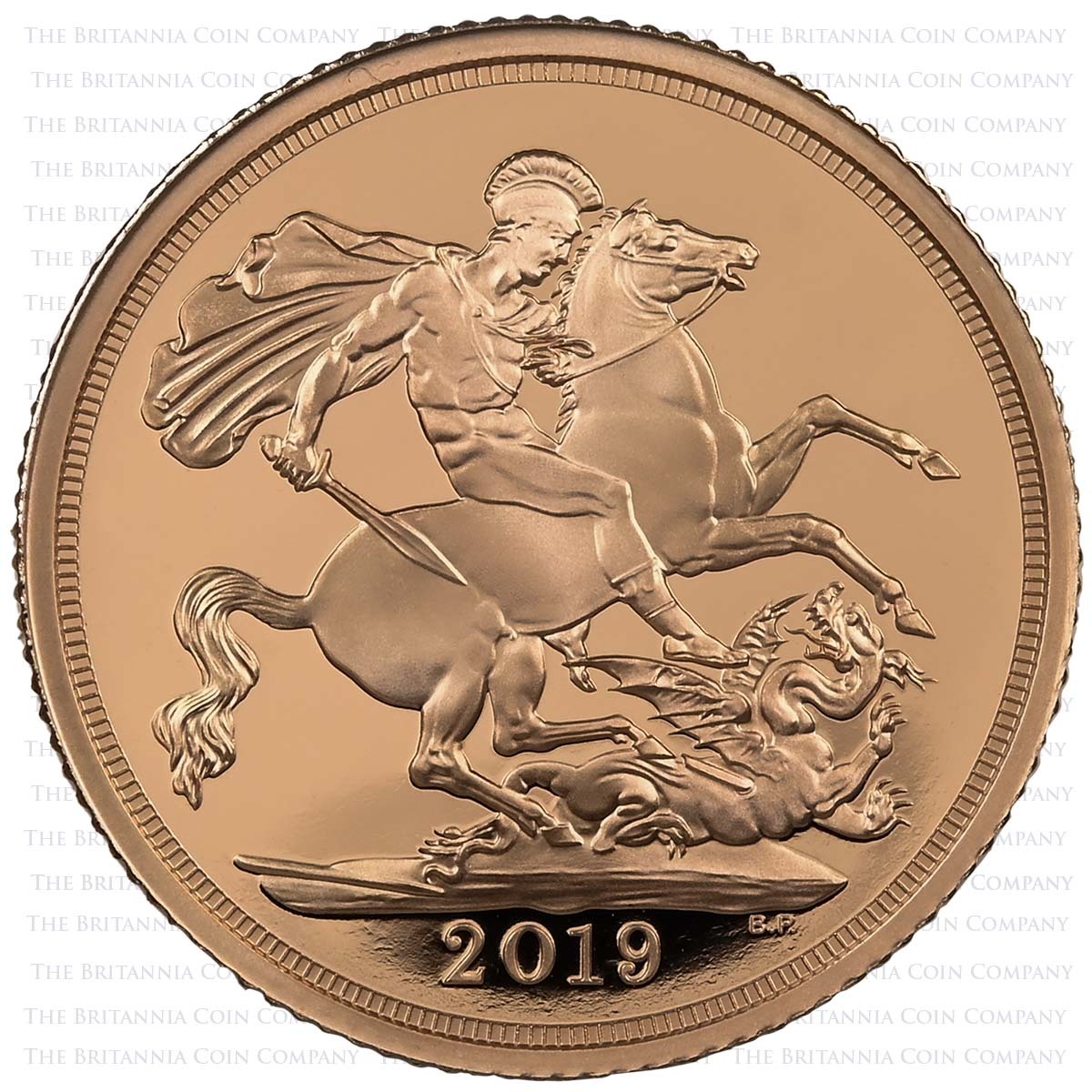 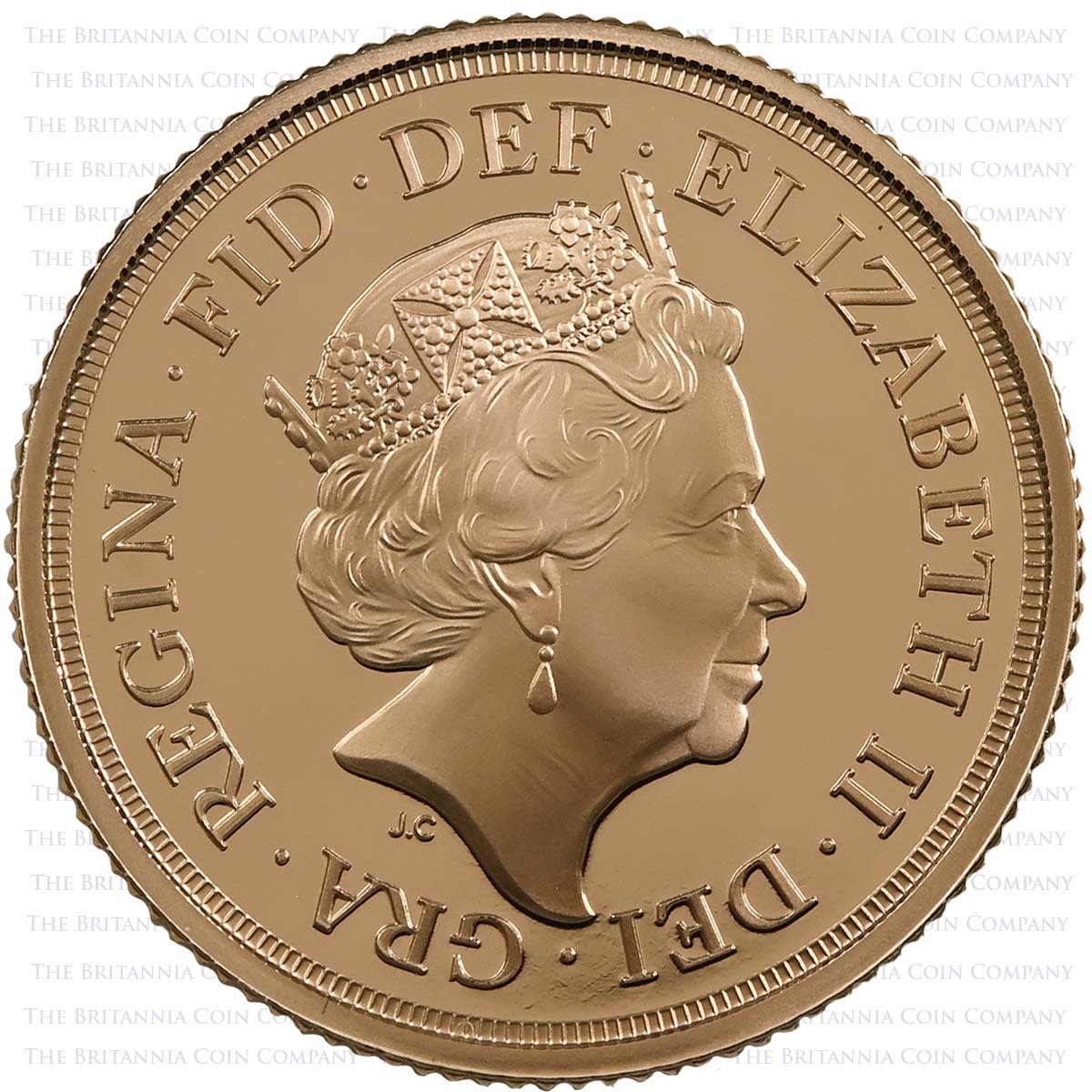 £495.00
(VAT Exempt)
Limited edition 2019 gold proof Sovereign from The Royal Mint. This coin features the classic Saint George and the Dragon reverse. This instantly recognisable image was designed by Italian artist, Benedetto Pistrucci, for the first modern Sovereigns, issued in 1817. This historic rendering of England’s patron saint is paired with a modern image of Britain’s longest reigning monarch. Its Jody Clark’s portrait of Her Majesty the Queen - in use since 2015 - that appears on the obverse. Like all gold Sovereigns, this coin is struck in 7.98 grams of 22 carat gold with a 22.05 millimetre diameter. The unparalleled proof finish is achieved with multiple strikes of hand-finished dies. It’s from a limited edition presentation of just 9,500. You’ll receive your coin in its original packaging from The Royal Mint which comprises of a wooden presentation box and maroon card outer packaging. A numbered certificate of authenticity is included.
Quantity
Cost Per Unit
Starts From
1+
£495.00
£495.00
Track Product
You are not logged in. Please Login to track this product.
Description Summary Specification Royal Mint About us

Gold proof 2019 Sovereign from a limited edition presentation of just 9,500.

All Sovereigns weight exactly 7.98 grams and are composed of 22 carat gold. That’s a gold weight of 7.32 grams or .2354 troy ounces. Sovereigns measure 22.05 millimetres in diameter and have a nominal face value of one pound sterling though their gold content means they are worth far more.

For the 2019 Sovereign, Pistrucci's historic reverse is paired with Jody Clark's portrait of Her Majesty the Queen. Introduced to British coinage in 2015, this fifth official effigy shows the artists initials below the traction of Elizabeth II’s neck with the legend reading: 'ELIZABETH II ∙ DEI ∙ GRA ∙ REGINA ∙FID ∙DEF'.

Your 2019 gold proof Sovereign comes in its original packaging from The Royal Mint. This comprises of an attractive wooden presentation box in which the coin is secured safely in its capsule. A numbered certificate of authenticity is enclosed.

Just 9,500 proof Sovereigns were issued by The Royal Mint in this presentation in 2019.

Like all Sovereigns, this one is exempt from Capital Gains Tax as UK legal tender and free from VAT as investment grade gold. This - added to the beautiful proof finish - makes this 2019 coin a great investment as well as an appealing collectors piece.

We have a few other options for those interested in 2019 Sovereigns: