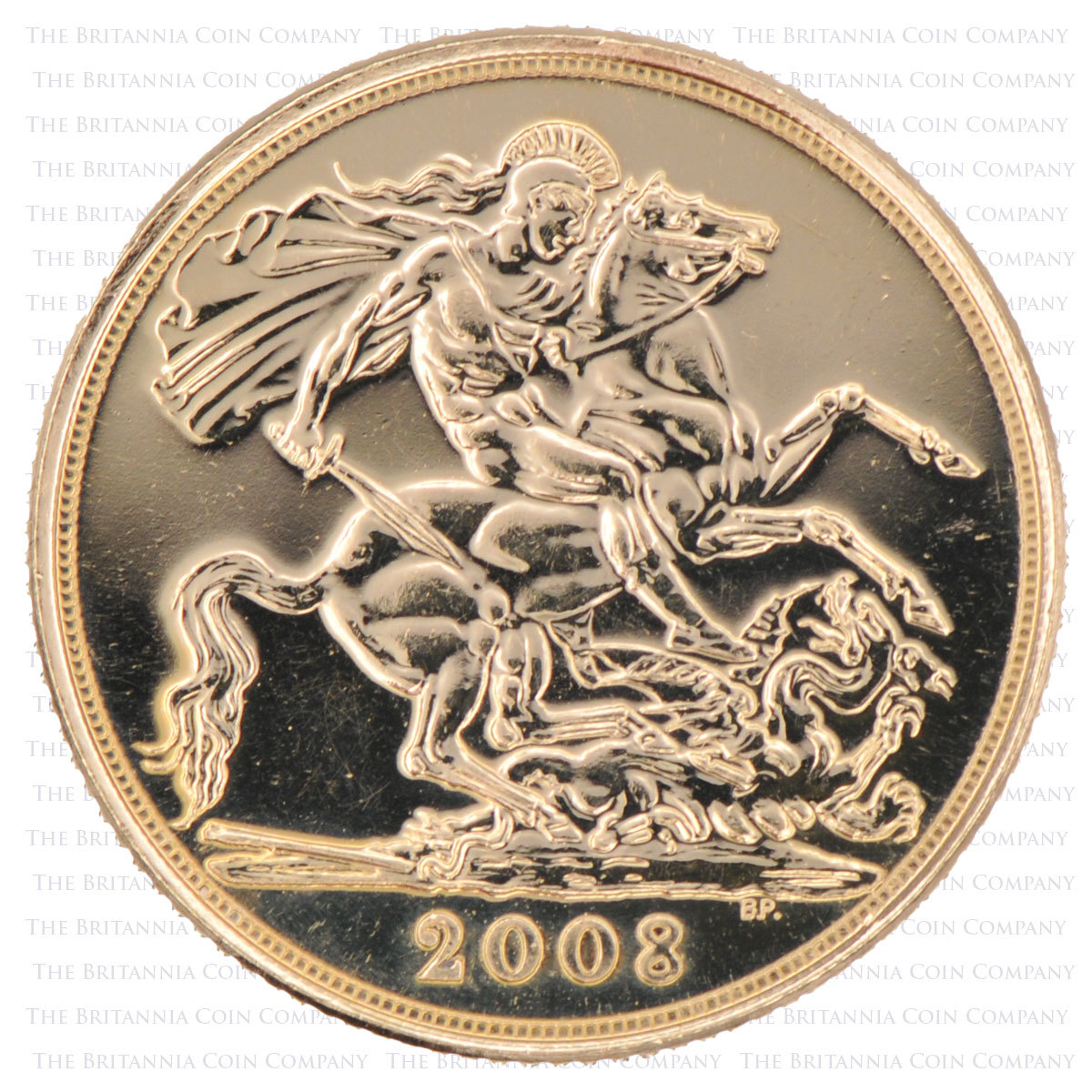 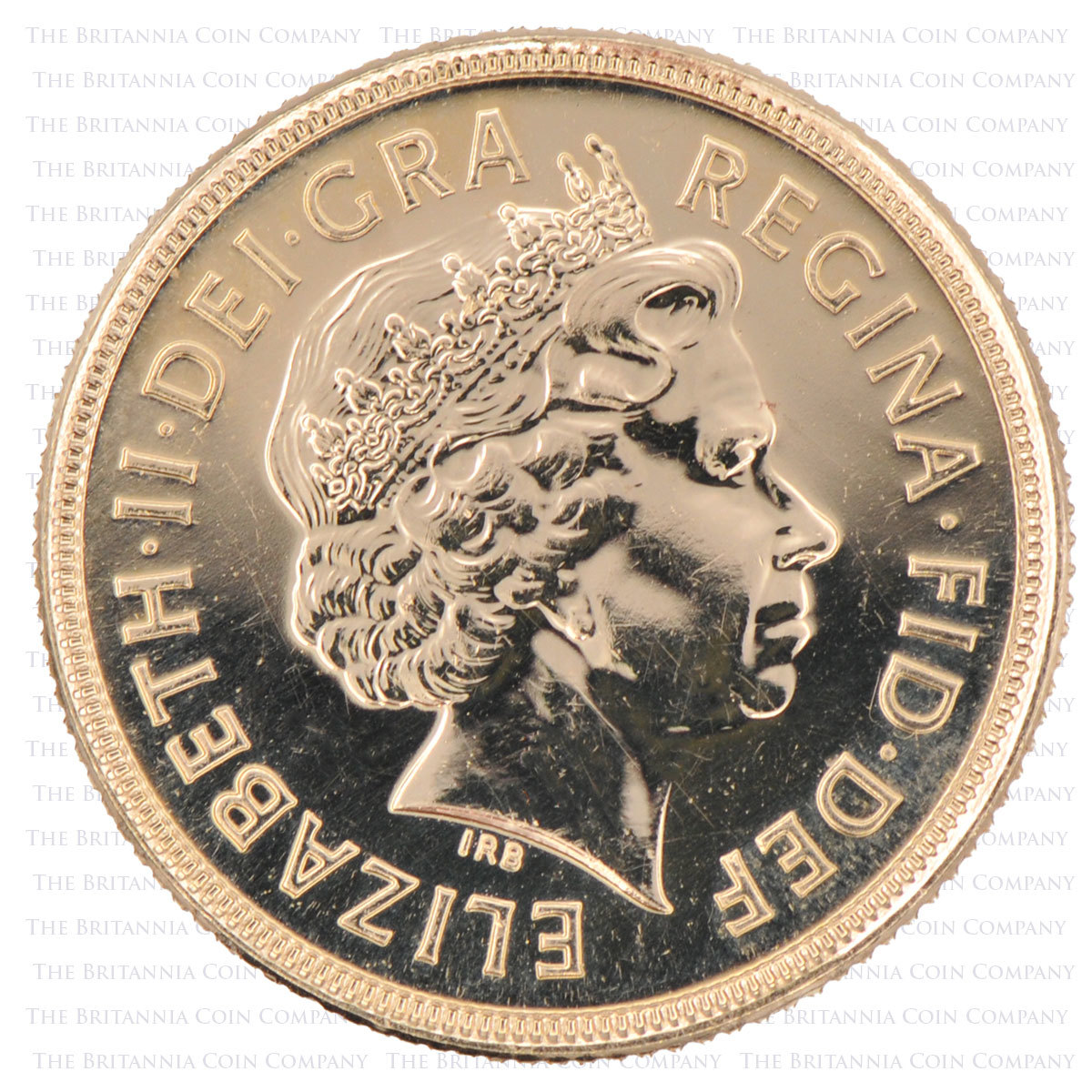 from
£393.48
(VAT Exempt)
This coin features the classic image of Saint George in the act of slaying a dragon, crushed beneath his horses hooves. The engraving of England’s patron saint has been in use on British coinage since 1817 and is the work of Italian artist Benedetto Pistrucci. It’s a design that’s instantly recognisable to numismatists and investors alike. Pistrucci’s initials can be seen below the dragon next to the date. The obverse of the 2008 Sovereign features Ian Rank-Broadley’s portrait of Her Majesty Queen Elizabeth II. This is the fourth of five successive definitive effigies used on the Queen’s coinage and can be seen on Sovereigns minted between 1998 and 2015. Like all ‘full’ Sovereigns, this example is composed of 7.98 grams of 22 carat gold. It has a diameter of 22.05 millimetres and a milled edge. It’s one of 75,000 bullion or ‘uncirculated’ Sovereigns issued by The Royal Mint in this year. The allure of bullion Sovereigns for UK investors is that they are exempt from both Capital Gains Tax and VAT. This one is no different. It comes without any official Royal Mint packaging but we’ll ensure its carefully wrapped for delivery.
Log in to get notified when this product is back in stock.
Track Product
You are not logged in. Please Login to track this product.
Description Summary Specification Royal Mint About us

Pistrucci's reverse is paired with Ian Rank-Broadley's portrait of Her Majesty the Queen. In use between 1998 and 2015, this fourth official effigy

We'll select your 2008 Sovereign from our best bullion stock. Each example is graded aEF (about Extremely Fine) or above. Extremely Fine Sovereigns carry very few signs of were and make a great choice if you’re buying these gold coins as a gift.

75,000 gold Sovereigns were struck in this year.

Your coin will be supplied loose, without any additional Royal Mint packaging. Don’t worry though, we'll make sure your gold Sovereign is securely packed for delivery which is free to UK addresses.

If you're considering a 2008 uncirculated Sovereign you may also be interested in a gold proof Sovereign from the same year. Just looking to invest in UK gold coins? Why not looking into our best value Sovereigns: we’ll pick the year and you’ll get our best price.

All Sovereigns, including this 2008 example, are exempt from Capital Gains Tax as UK legal tender and free from VAT in the UK and EU as investment grade gold.