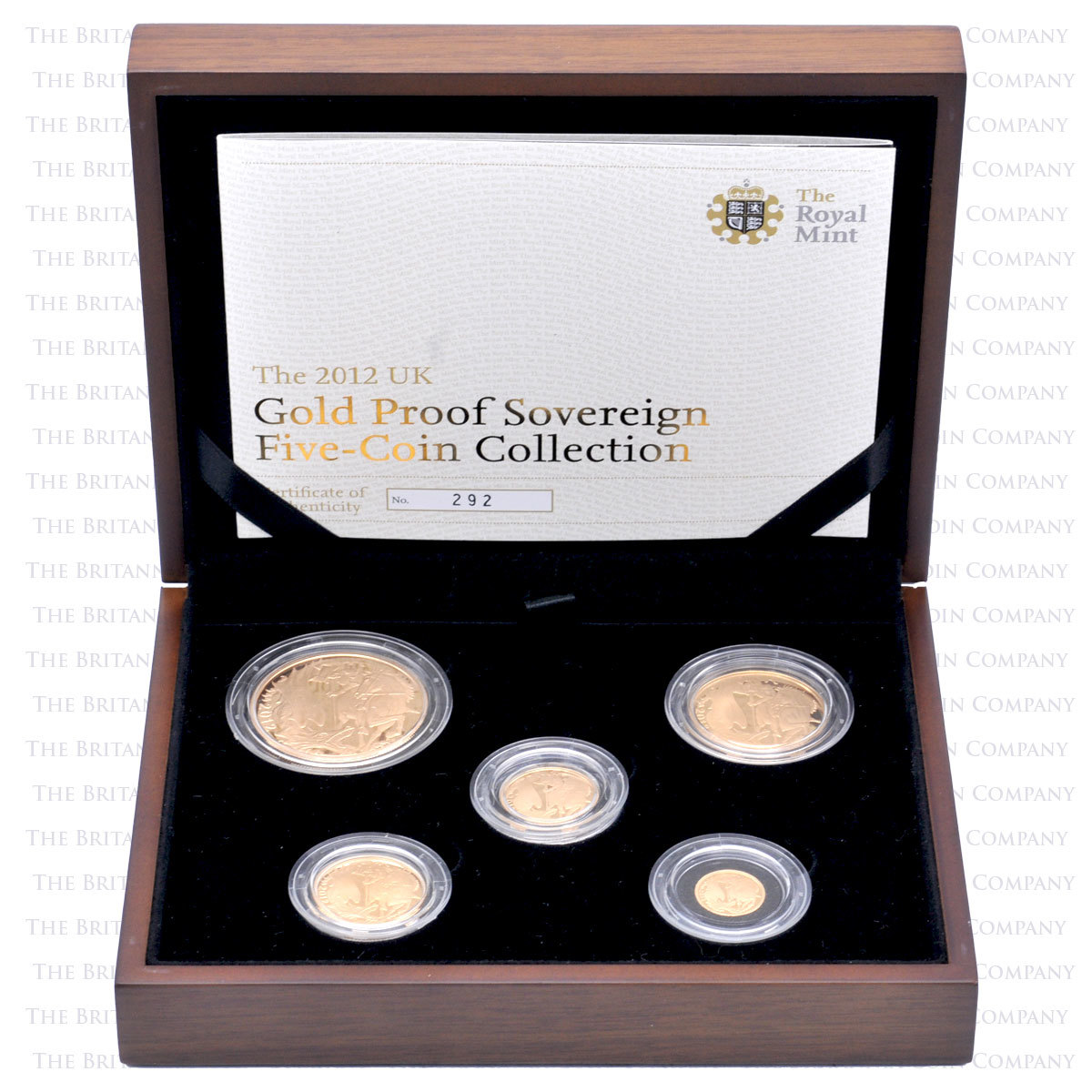 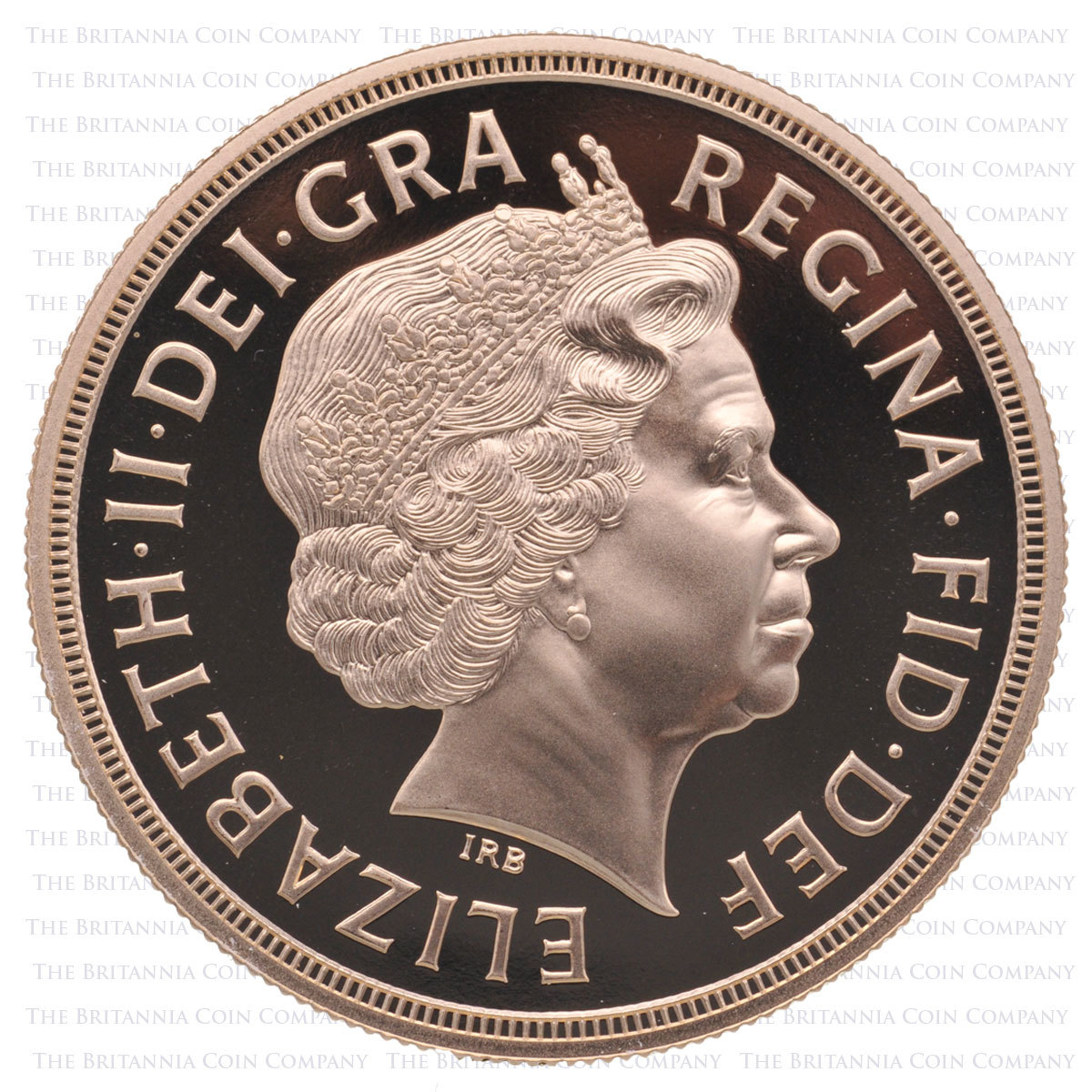 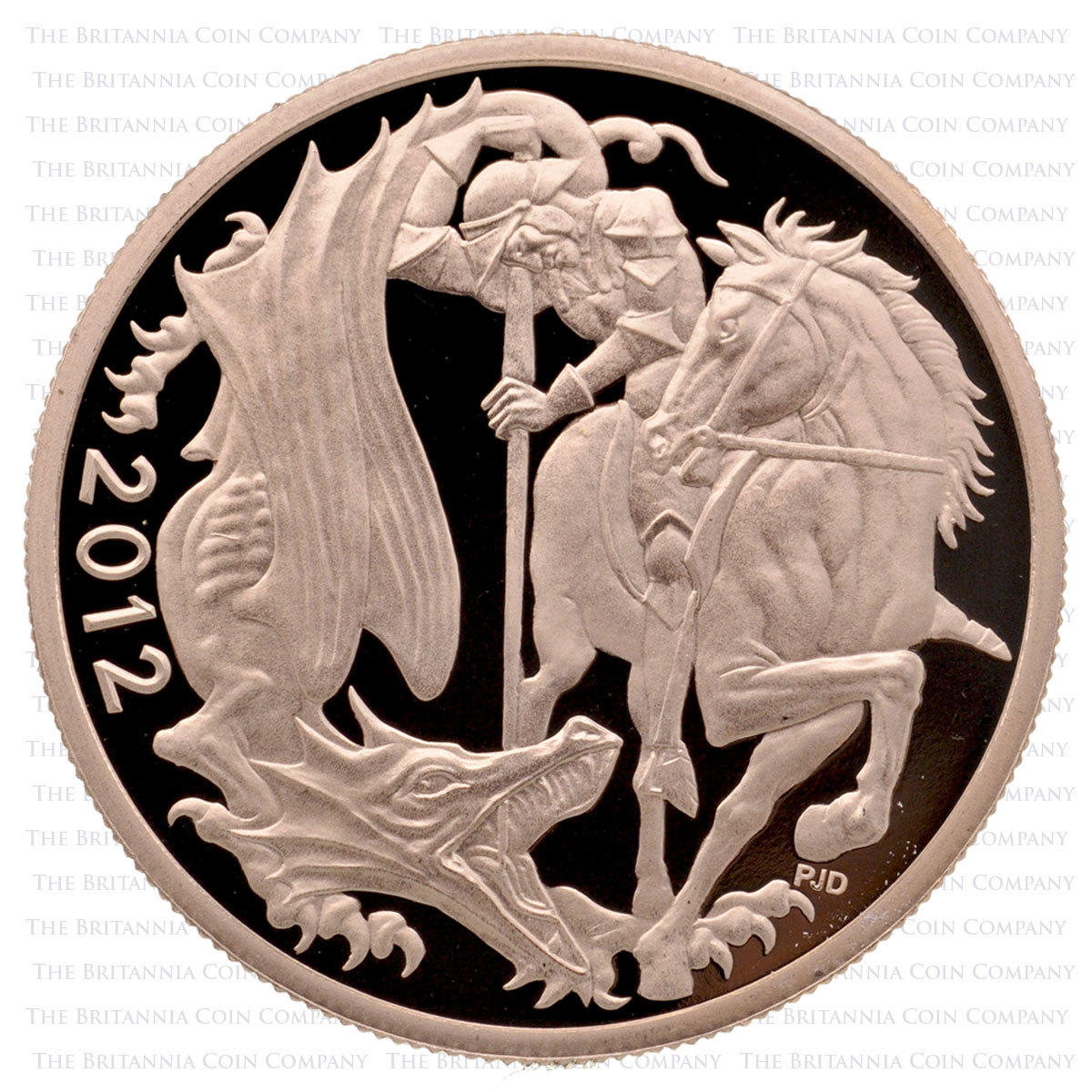 from
£8,500.00
(VAT Exempt)
Five coin proof Sovereign set from a limited edition of just 956 pieces. In 2012 Her Majesty the Queen celebrated her Diamond Jubilee. The 60th anniversary of her accession was marked with a new, one-year-only Sovereign engraving from The Royal Mint, reinterpreting the classic Saint George and the Dragon motif, designed by Benedetto Pistrucci for the first modern Sovereigns and Half Sovereigns. The dynamic 2012 design is the work of British sculptor Paul Day. It fills the entirety of the reverse field of all of the coins in this set, the date squeezed in beneath the belly of the dragon. This is paired with Ian Rank-Broadley’s effigy of Elizabeth II, in use on British money between 1998 and 2015. It’s the fourth official coinage portrait of the Queen. Outside of the special anniversary reverse these coins conform to the specifications established for coins in the Sovereign family by The Royal Mint. All are finished to finest proof standard, the finish protected by individual capsules. The total weight of the coins in this set is 69.87 grams (of 22 carat gold). You’ll receive your Diamond Jubilee set - the largest Sovereign set issued in 2012 - in its original presentation case with an information booklet and a numbered certificate of authenticity enclosed.
Log in to get notified when this product is back in stock.
Track Product
You are not logged in. Please Login to track this product.
Description Summary Specification Royal Mint About us

In the past, gold Sovereign sets were issued by The Royal Mint to mark coronations. A very small number of proof coins were struck for Her Majesty's 1953 coronation but not issued. Proof Sovereigns would not be regularly struck until 1979 and a proof set would not be offered until 1980. Now they’re a regular feature of The Royal Mint’s offer.

This five coin Sovereign set was the largest offered in the Diamond Jubilee year (three coin and five coin sets were also sold). It contains a Five Sovereign (£5), a Double Sovereign (£2), a 'full' Sovereign, a Half Sovereign and a Quarter Sovereign - the full Sovereign family issued by The Royal Mint in this year.

Each coin is struck to proof standard. Intended for collectors, proof coins are struck multiple times with hand finished dies for a superior appearance. In other respects these coins conform to the standard measurements and weights, excepting the alternate 2012 reverse.