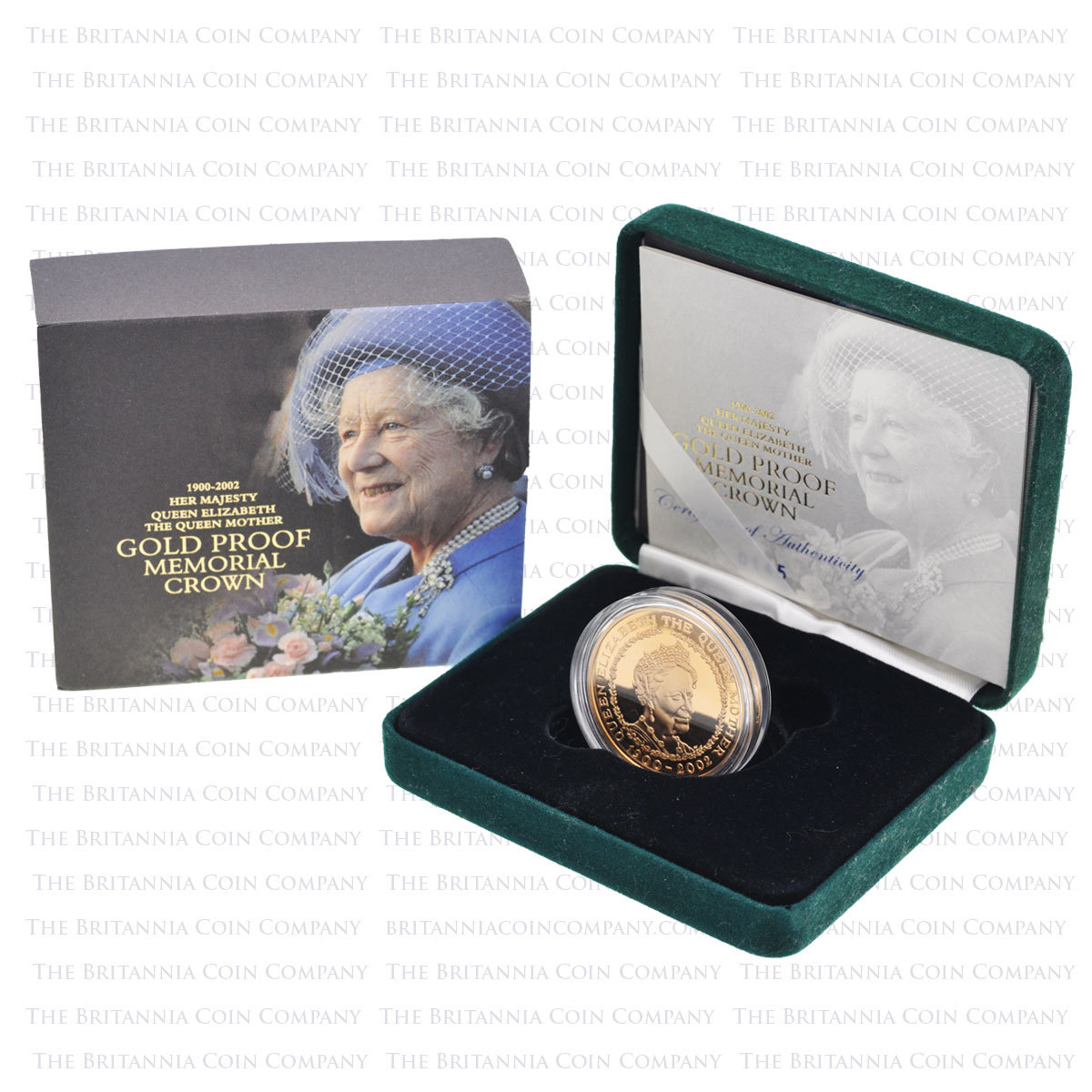 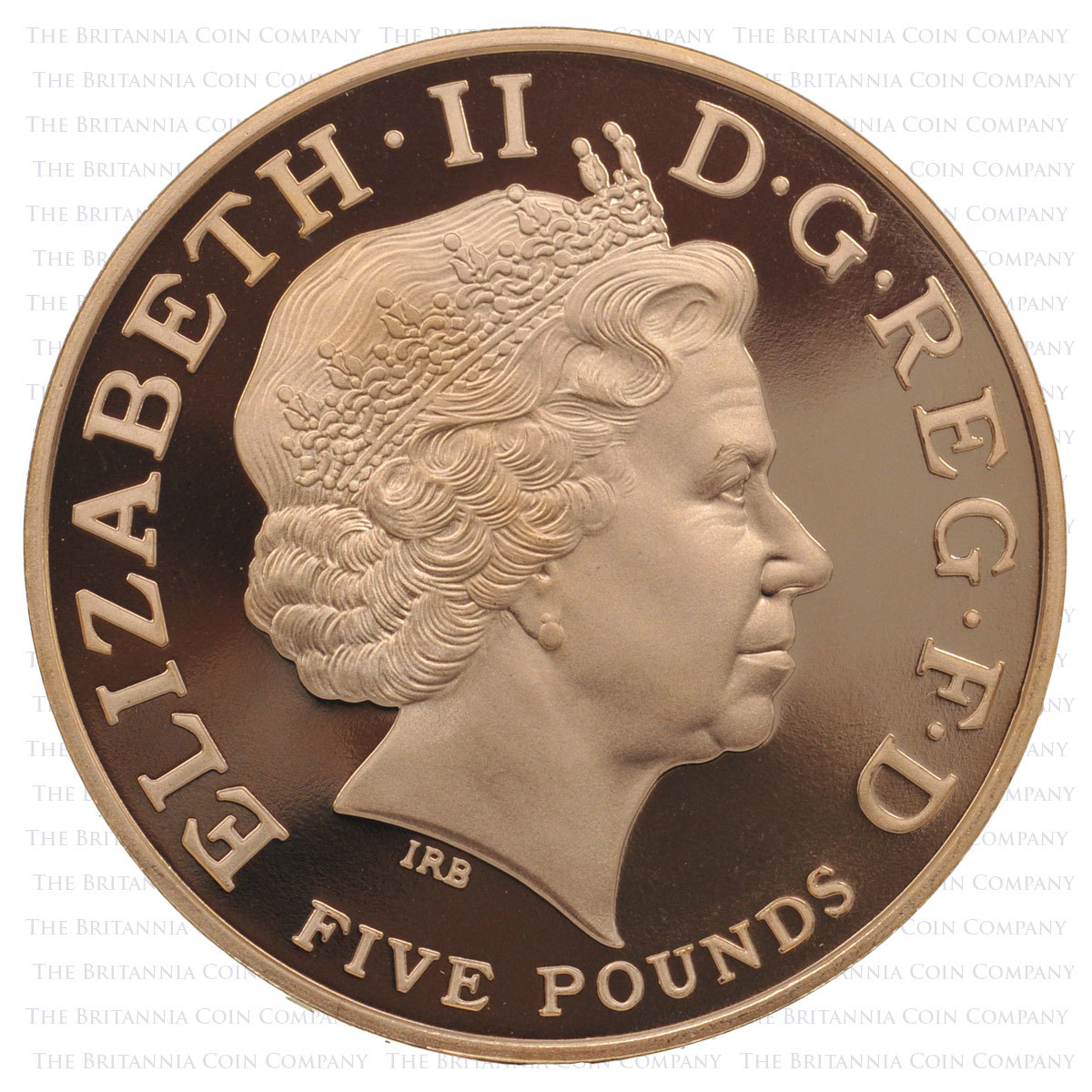 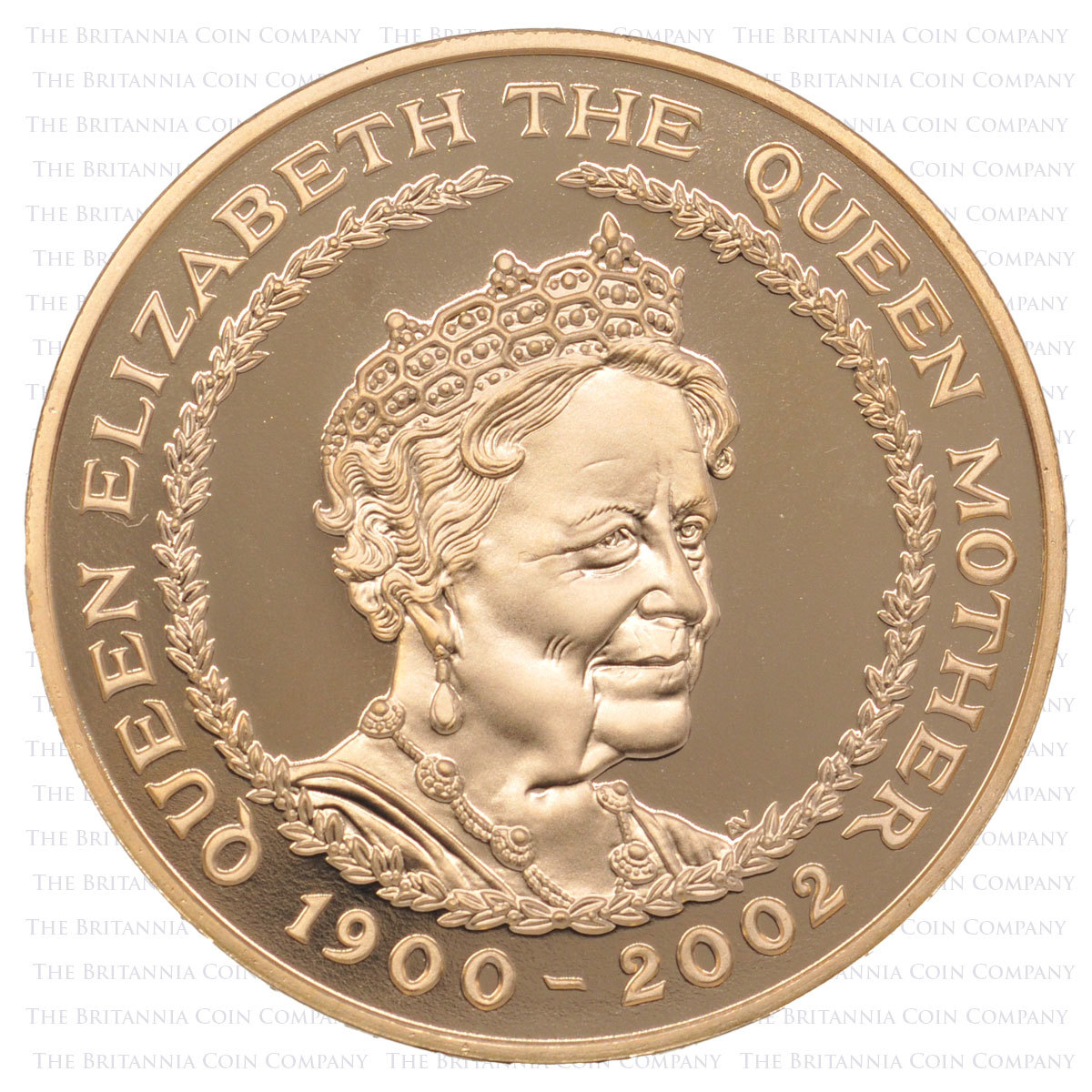 from
£2,000.00
(VAT Exempt)
Commemorate the remarkable life of Queen Elizabeth the Queen Mother with this limited edition tribute in 22 carat gold. Born in 1900, Elizabeth Angela Marguerite Bowes-Lyon married the future King George VI in 1923. She was Queen of the United Kingdom from 1936 until her daughter, Elizabeth II, acceded to the throne in 1952. Thereafter, she was affectionately known as the Queen Mother and remained consistently popular as the matriarch of the British royal family. She passed away at the age of 101 in 2002. This Five Pound coin features a portrait of the long-lived Queen by sculptor and medallist Avril Vaughan. It shows her wearing the Grenville Tiara and other jewels within a delicate wreath. This is paired with Ian Rank-Broadley’s portrait of Her Majesty Queen Elizabeth II. Minted to proof standard in 39.94 grams of 916.7 fineness gold coin bears the words ‘STRENGTH,’ ‘DIGNITY,’ and ‘LAUGHTER’ on its edge. With a face value of Five Pounds, this collectible Crown coin is offered in its original packaging with a numbered certificate of authenticity. One of only 2,086 issued.
Log in to get notified when this product is back in stock.
Track Product
You are not logged in. Please Login to track this product.
Description Summary Specification Royal Mint About us

Born in 1900, Elizabeth Angela Marguerite Bowes-Lyon came to prominence when she married the future King George VI in 1923. She was Queen of the United Kingdom between 1936 and 1952 when her daughter, Elizabeth II, acceded to the throne. In her widowhood she was affectionately known as the Queen Mother.

Several Five Pound coins were struck by The Royal Mint to celebrate the long life of the Queen Mother. This includes Crowns minted for her 80th birthday in 1980, her 90th in 1990 and her 100th in the year 2000. This memorial coin commemorates her sad passing in 2002 at the age of 101.

The reverse of this gold coin features a portrait of Queen Elizabeth by sculptor and medallist Avril Vaughan. It shows the Queen Mother wearing the Grenville Tiara and other jewels within a fine wreath. The legend above reads 'QUEEN ELIZABETH THE QUEEN MOTHER' with dates below ('1900-2002').

This is paired with Ian Rank-Broadley's portrait of her daughter, Her Majesty Queen Elizabeth II. This is the fourth official effigy used on her coinage between 1998 and 2015. The inscription above reads 'ELIZABETH · II D · G · REG · F · D ·' with the denomination below: 'FIVE POUNDS'.

The edge bears the words 'STRENGTH,' 'DIGNITY,' and 'LAUGHTER,' inspired by the Archbishop of Canterbury's address at the Queen Mother’s funeral.

Struck to flawless proof standard, this 22 carat gold coin is the most limited of this collectible issue. Only 2,086 were issued.

With a total weight of 39.94 grams, this piece contains 36.61 grams of fine gold and has a diameter of 38.61 millimetres. Its face value is Five Pounds.

This example is offered sealed in its original capsule within a velvet case from The Royal Mint. Also enclosed: an information booklet and numbered certificate of authenticity.