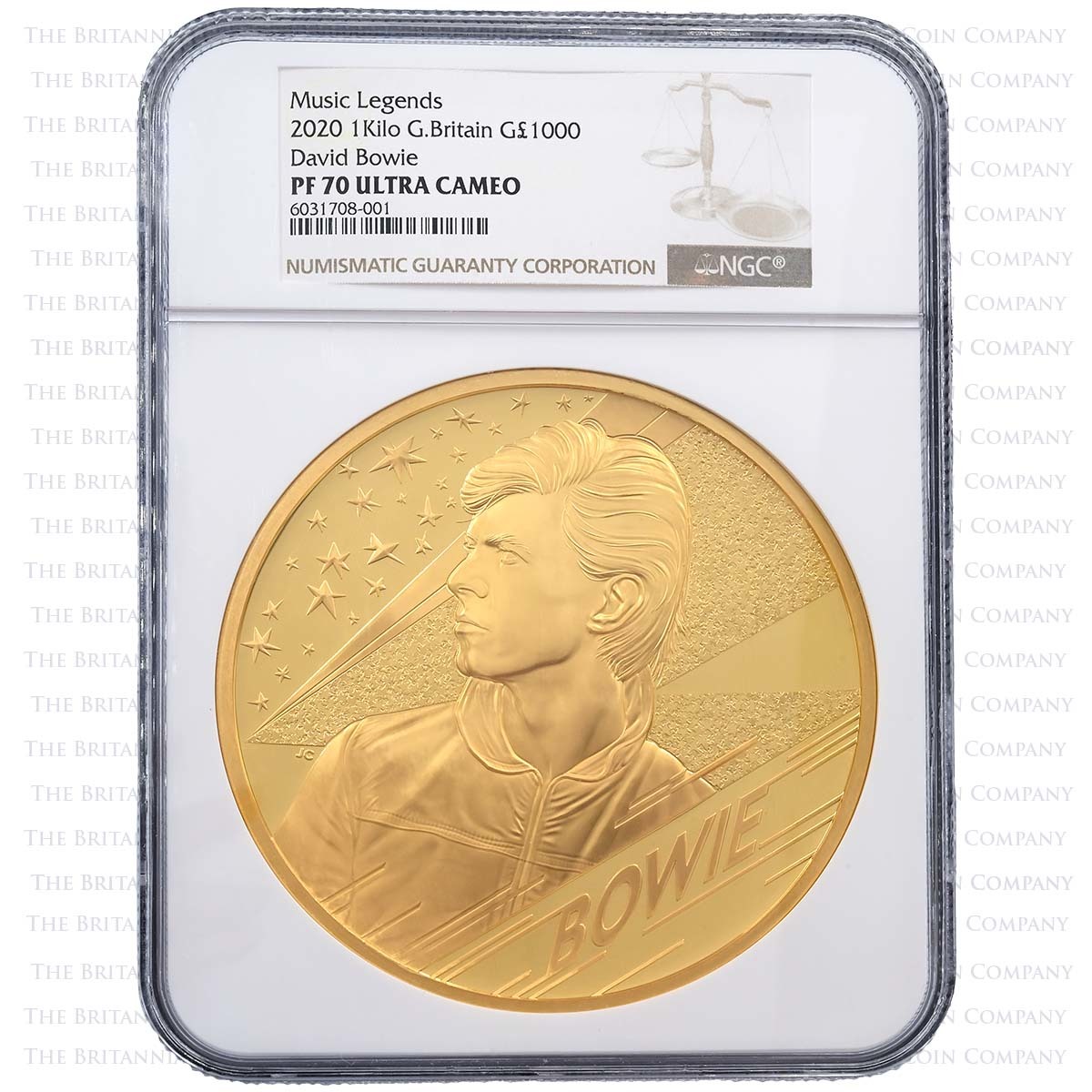 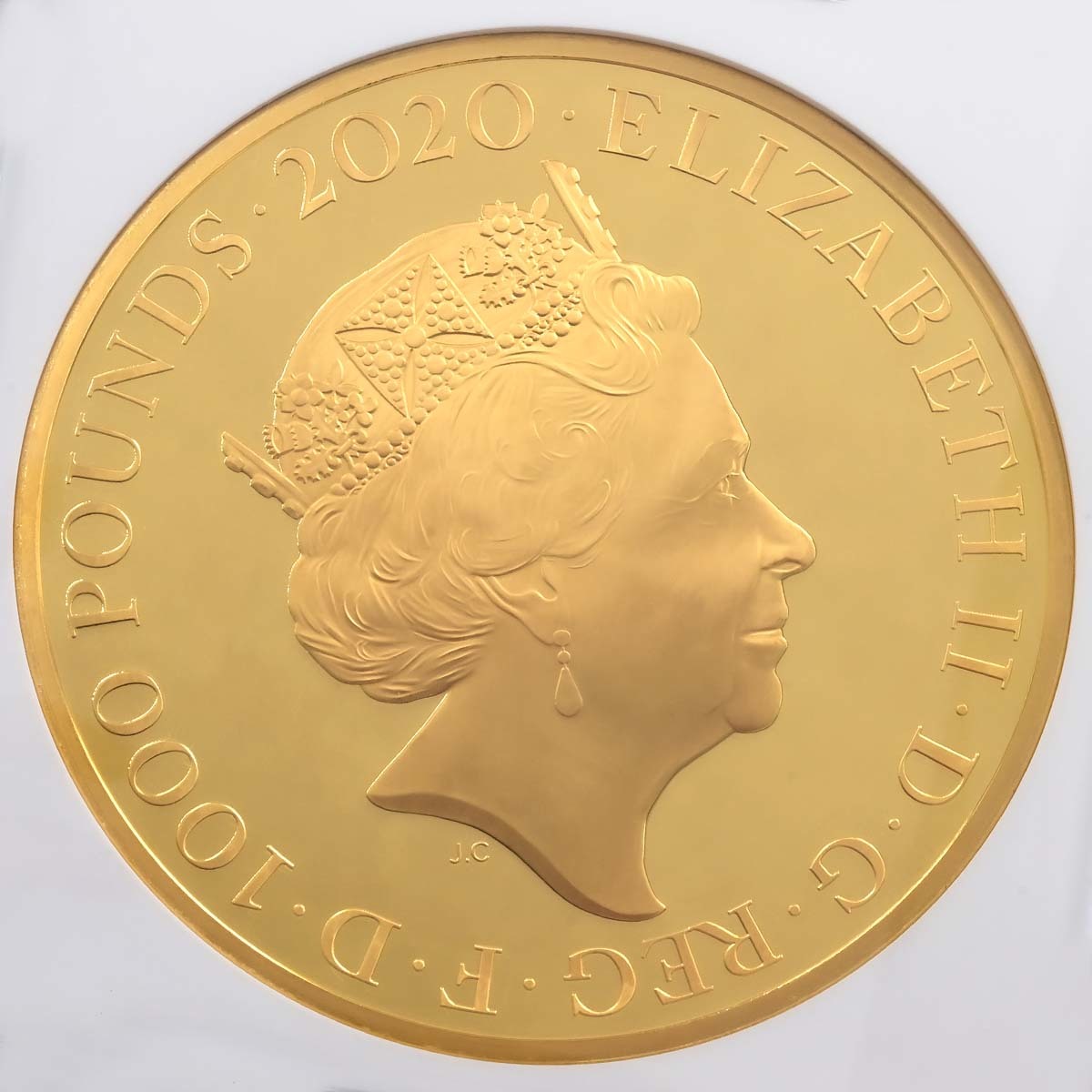 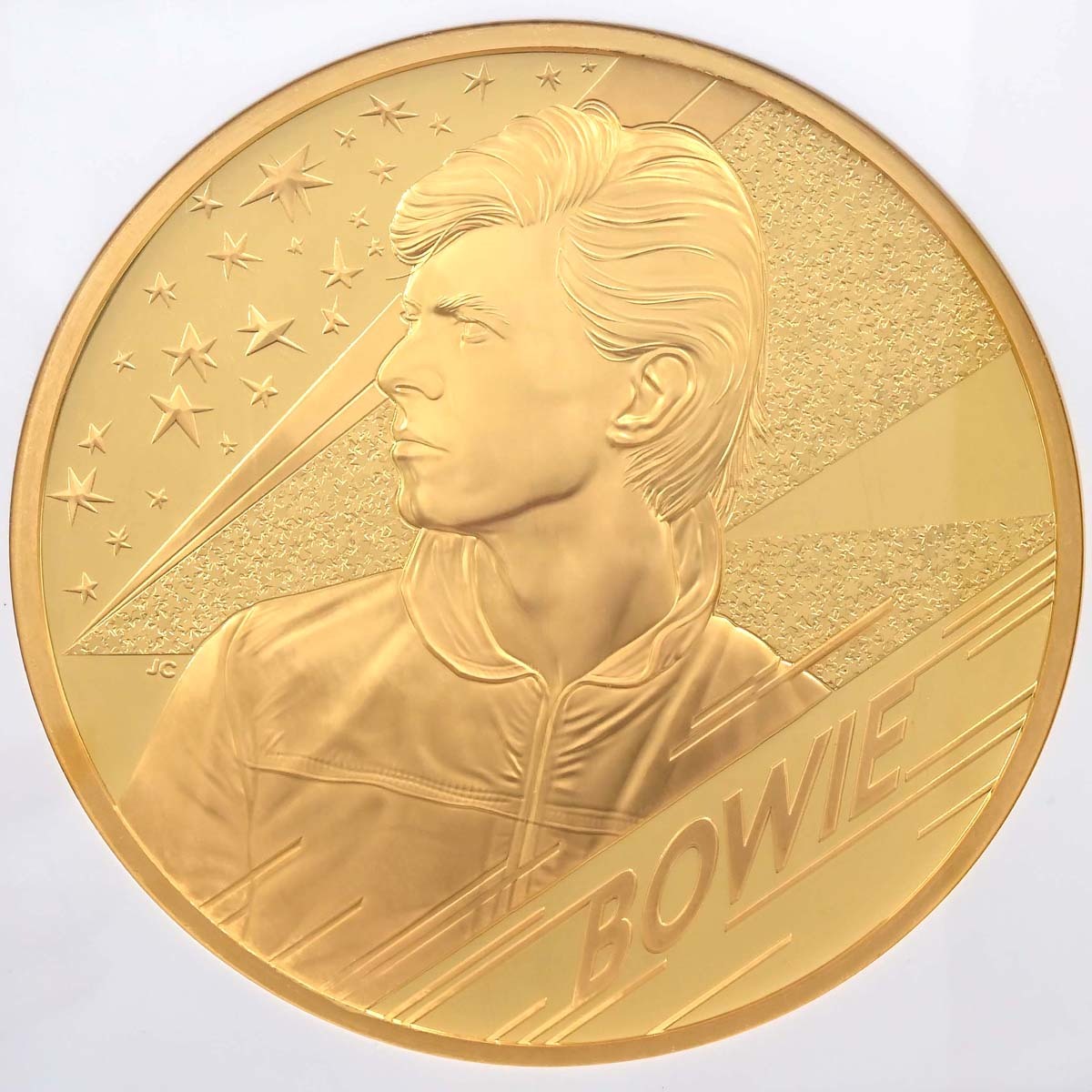 from
£58,000.00
(VAT Exempt)
Huge 1kg gold proof David Bowie coin, graded PF 70 Ultra Cameo by NGC: a collectors piece for the biggest of Bowie fans. One of only eleven issued in this incredible addition to The Royal Mint’s Music Legends series. Celebrating the greatest British musical acts, Music Legends has previously paid tribute to the likes of Queen and Sir Elton John. This incredible piece is from 2020’s David Bowie collection and features an instantly recognisable image of Ziggy Stardust himself. The artist, Jody Clark, was inspired by the Starman’s Berlin years and his design features the lightning bolt from his Aladdin Sane album. On this £1,000 coin, the lightning is picked out in a textured glitter effect for extra star-power. The reverse is also by Clark and shows his definitive portrait of Queen Elizabeth II. Struck in 1,005 grams of 999.9 (24 carat) fine gold this Music Legends coin has a diameter of 100.00 millimetres and a face value of £1,000 / One Thousand Pounds. It comes sealed in its Numismatic Guaranty Company holder.
Log in to get notified when this product is back in stock.
Track Product
You are not logged in. Please Login to track this product.
Description Summary Specification Royal Mint About us

'I chose to work on an image of Bowie from the time in his career when he lived and recorded in Berlin. Behind his portrait I included the iconic and dynamic lightning bolt motif and I also added 27 stars to represent every one of the Starman’s studio albums.'

This David Bowie coin has been graded PF 70 Ultra Cameo by the Numismatic Guaranty Company (certificate number: 6031708-001). At the time of writing this was the only coin from this very limited issue to have been third party graded. 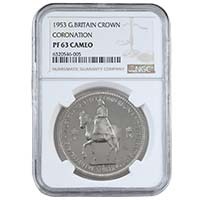 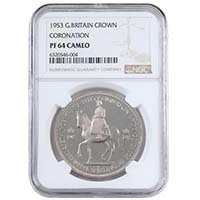