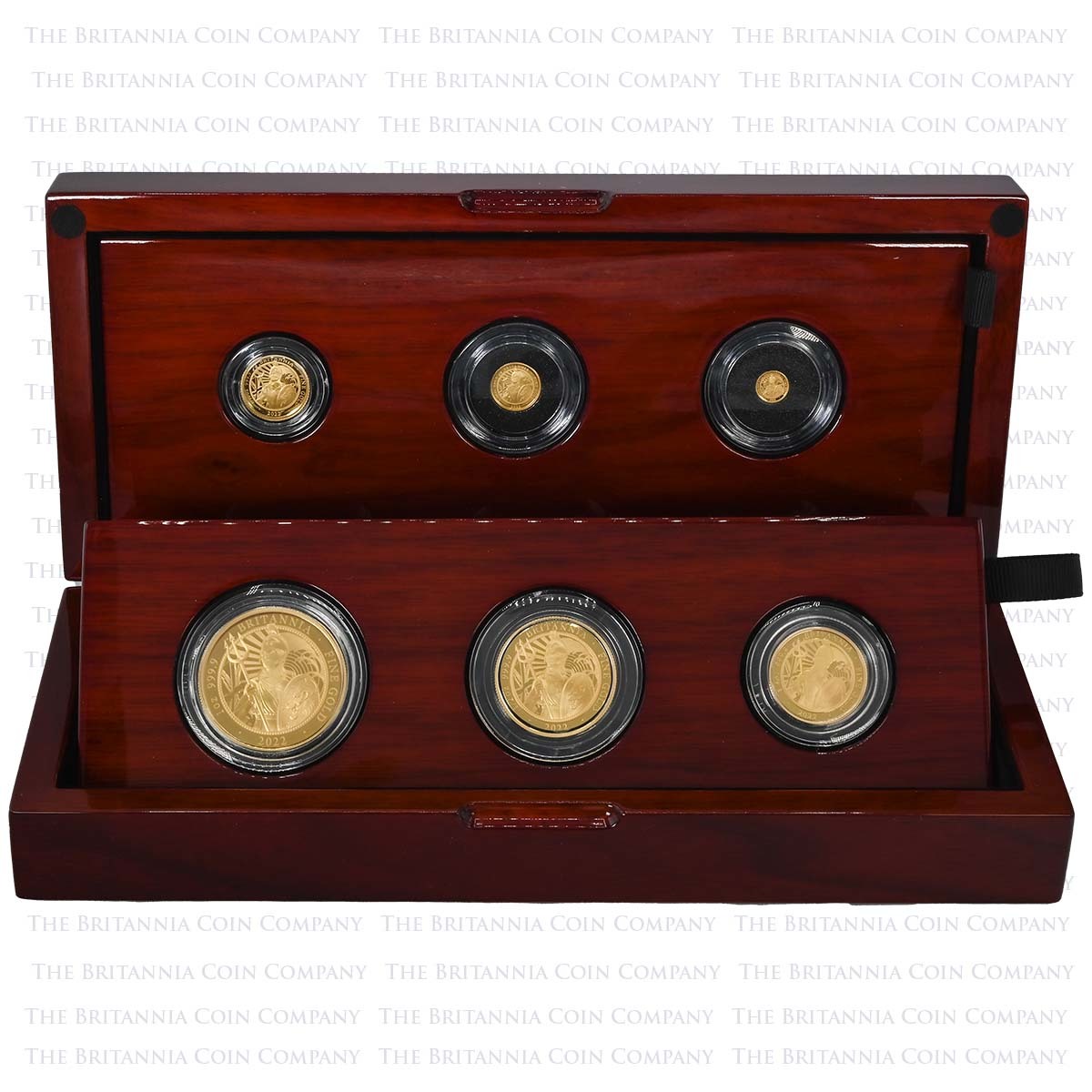 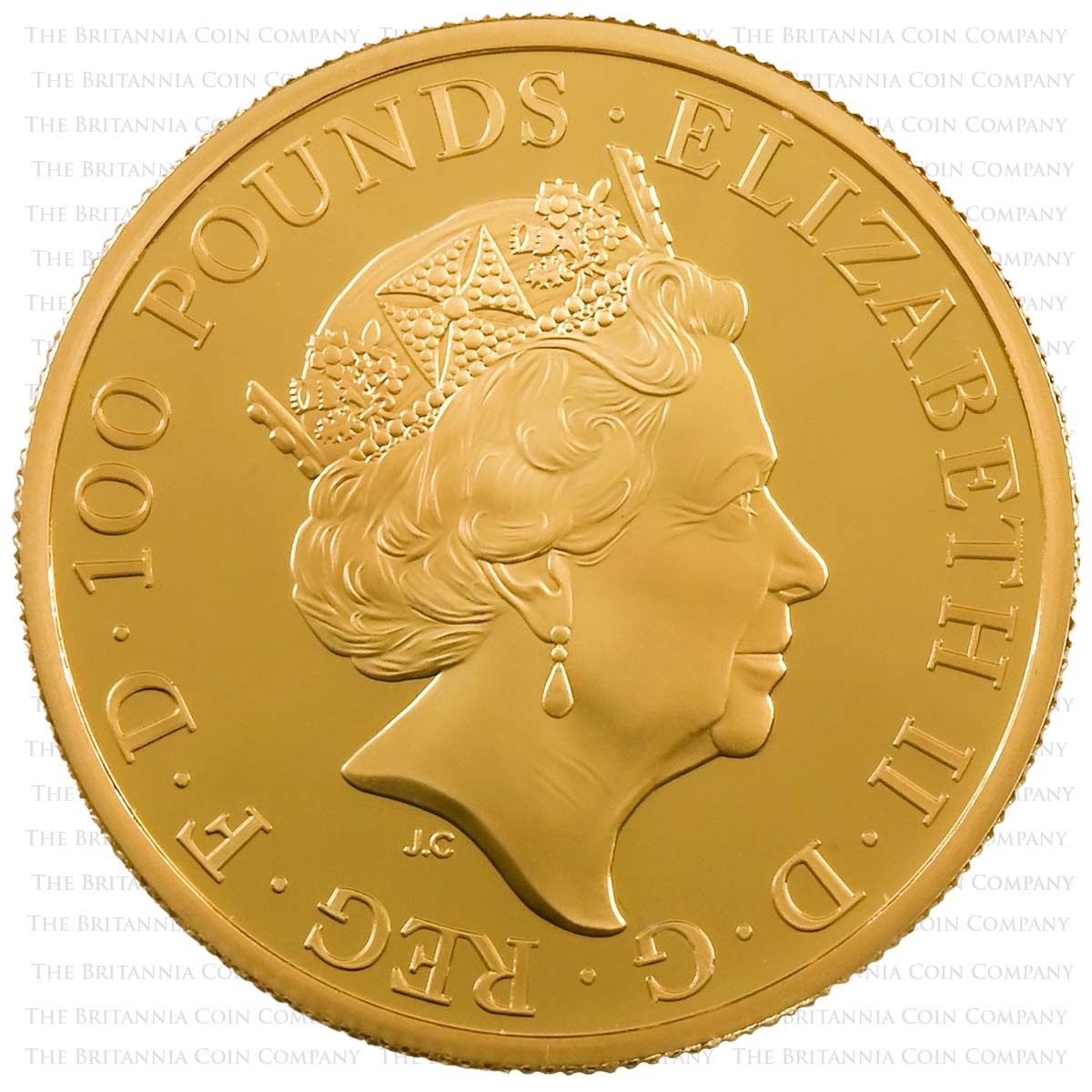 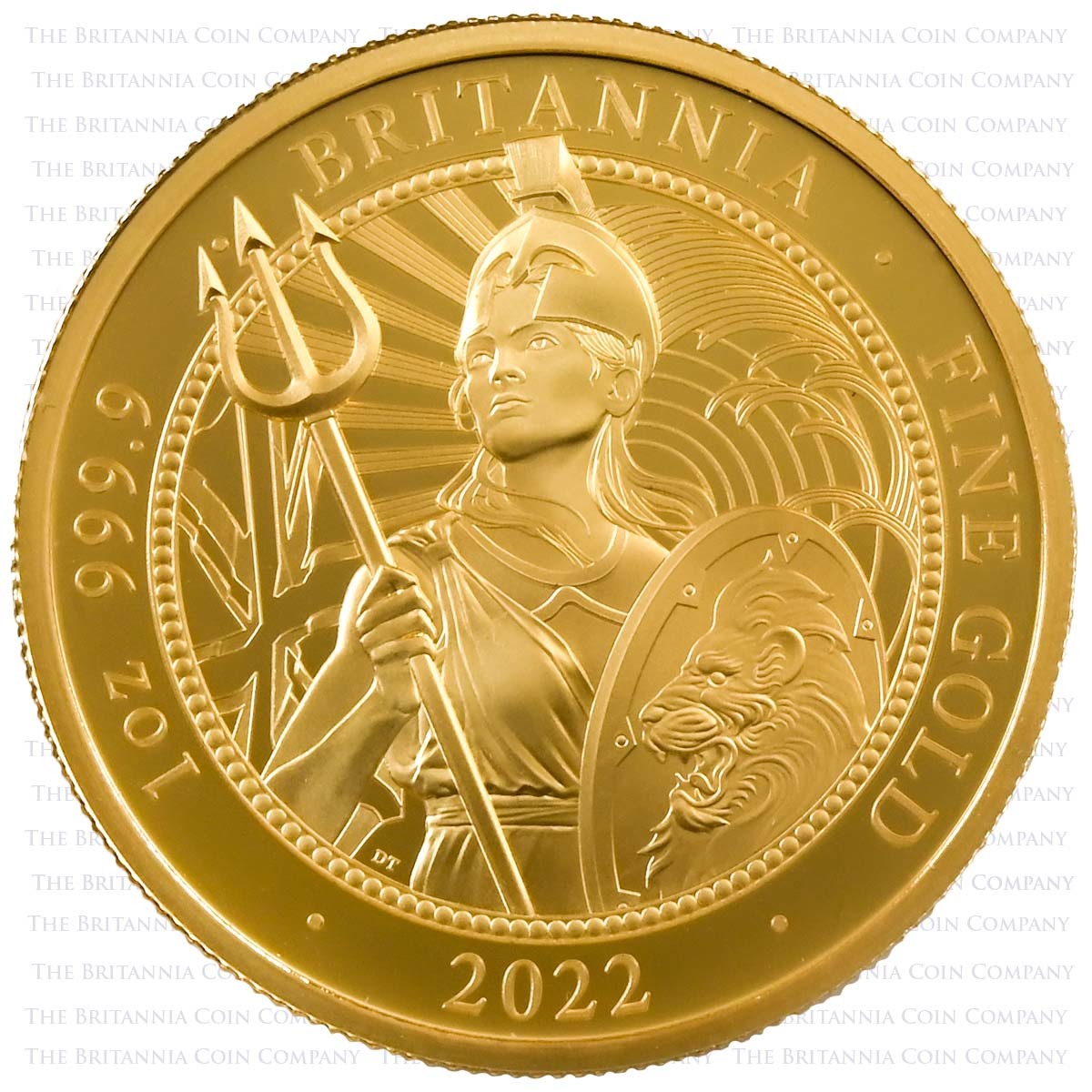 from
£4,350.00
(VAT Exempt)
List Price: £4,615.00
Six coin gold proof Britannia set for 2022. Britannia - the female personification of Britain - has been a feature on our money since Roman times, her image revived for the coinage of Charles II in 1672. 350 years on, The Royal Mint is celebrating this perennial presence on British coinage by adding two new, one-year-only designs to their range of Britannia investment coins. The coins in this set feature a reverse created by one of the Mint’s product designers, Dan Thorne. It shows the figure of Britannia, staring into the distance, wearing a helmet and holding a trident and a shield emblazoned with a roaring lion. The graphic background features a Union Jack, sunrays and crashing waves. This is paired with Jody Clark’s portrait of Her Majesty the Queen to the obverse, both designs scaled to the surface of each of the coins. This set contains a One Ounce 2022 Britannia, a Half Ounce 2022 Britannia, a Quarter Ounce 2022 Britannia, a Tenth Ounce 2022 Britannia, a Twentieth Ounce 2022 Britannia and a Fortieth Ounce 2022 Britannia. All six coins are struck in 999.9 fine gold and finished to proof standard. Some of the smaller denominations are only available in sets like this and there are very few available: just 160. This one comes in its original presentation case with a numbered certificate of authenticity.
Quantity
Cost Per Unit
Starts From
1+
£4,350.00
£4,350.00
Track Product
You are not logged in. Please Login to track this product.
Description Summary Specification Royal Mint About us