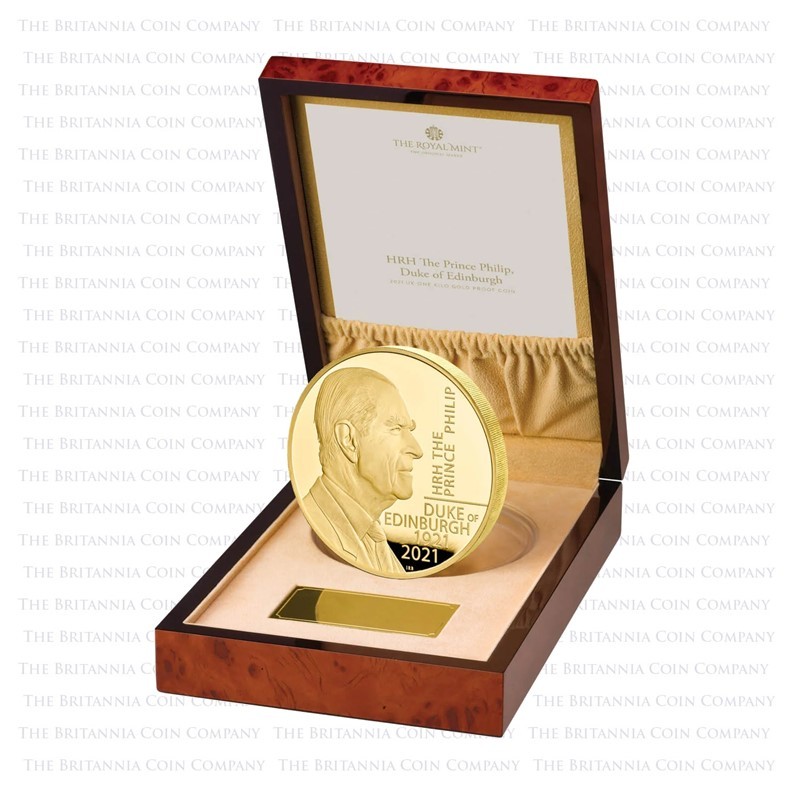 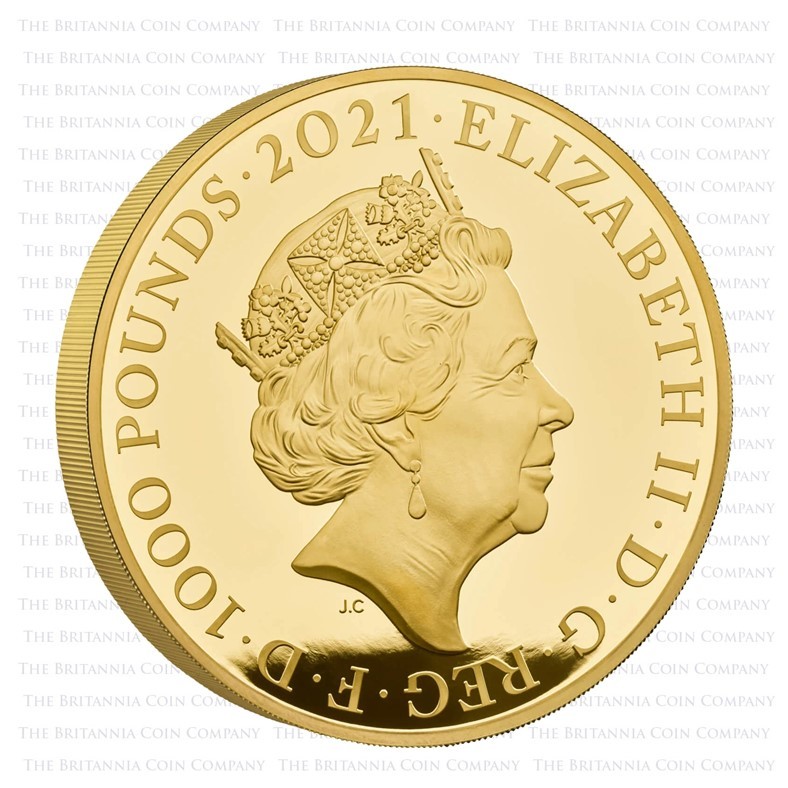 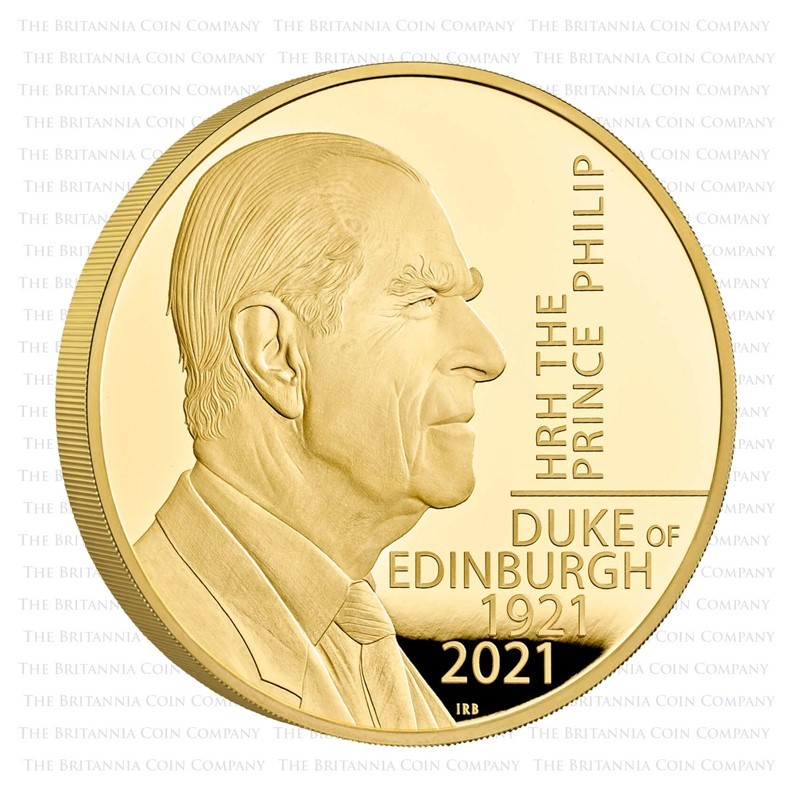 £69,950.00
(VAT Exempt)
COA number one. A moving tribute to HRH Prince Philip, Duke of Edinburgh (1921-2021). This 1 kg gold coin from The Royal Mint celebrates Philip’s decades of service to Queen and county with a special reverse portrait by Ian Rank-Broadley. The effigy was approved by the Duke before his passing, alongside many other coinage designs during his decades as President of the Royal Mint’s Advisory Committee. The image of Britain’s longest serving royal consort is fittingly paired with Jody Clark’s portrait of Her Majesty the Queen. This 1,005 gram coin is struck to proof standard in 999 fine gold and has a face value of £1,000. It’s presented in its original box with a numbered certificate of authenticity, confirming that this example is the first of a limited-edition presentation of just ten.
Quantity
Cost Per Unit
Starts From
1+
£69,950.00
£69,950.00
Track Product
You are not logged in. Please Login to track this product.
Description Summary Specification Royal Mint About us

The first of ten gold proof kilo coins, issued in memory of the late Duke of Edinburgh.

We were saddened to learn of the passing of Britain's longest serving royal consort, HRH Prince Philip, the Duke of Edinburgh in 2021. This proof coin is The Royal Mint's tribute to his many decades spent supporting Her Majesty the Queen and representing Britain on the world stage.

The design of this commemorative piece was unveiled on Armed Forces Day, acknowledging the Duke's service, not only to the monarchy but through his distinguished Royal Navy career. The Royal Mint also acknowledged Philip's charitable work with a £50,000 donation to The Duke of Edinburgh's Award: one of hundred of organisations that he patronised.

‘The Royal Mint has marked significant Royal events for centuries and is honoured to unveil an original new coin which celebrates the life and legacy of a remarkable man.’

A Royal Legacy on Coinage

The reverse of this one kilo gold coin features an image of the Duke, crafted by the acclaimed royal artist, Ian Rank-Broadley. It's a portrait that Prince Philip himself approved in 2008 and shows him in his later years – quite a contrast from the youthful effigy by Humphrey Paget that appeared on 2017 coins, issued to mark his retirement from public duties.

The profile portrait is accompanied by a simple legend: 'HRH THE PRINCE PHILIP' styled vertically with 'DUKE OF EDINBURGH 1921 2021' below.

The Duke had a hand in UK coinage design for decades, serving as President of The Royal Mint’s Advisory Committee from 1952 to 1999. It's fitting, then, to commemorate his life on currency and there's something moving about the fact that his effigy is paired with the current official portrait of the Queen which appears on the obverse.

A range of brilliant uncirculated, silver and gold coins have been offered by The Royal Mint in memory of Prince Philip. This one-kilogram gold coin is among the most spectacular of the issue. Only 10 of these have been produced and the example we are offering is the first struck with a certificate of authenticity bearing the number one.

Minted from 1,005 grams of 999 fine gold, this coin has a face value of £1,000. It's been struck to proof standard, guaranteeing a flawless finish. This is achieved through repeated strikings with hand finished dies.

You'll receive this collectible commemorative coin in its original packaging from The Royal Mint with an information booklet and its numbered certificate.