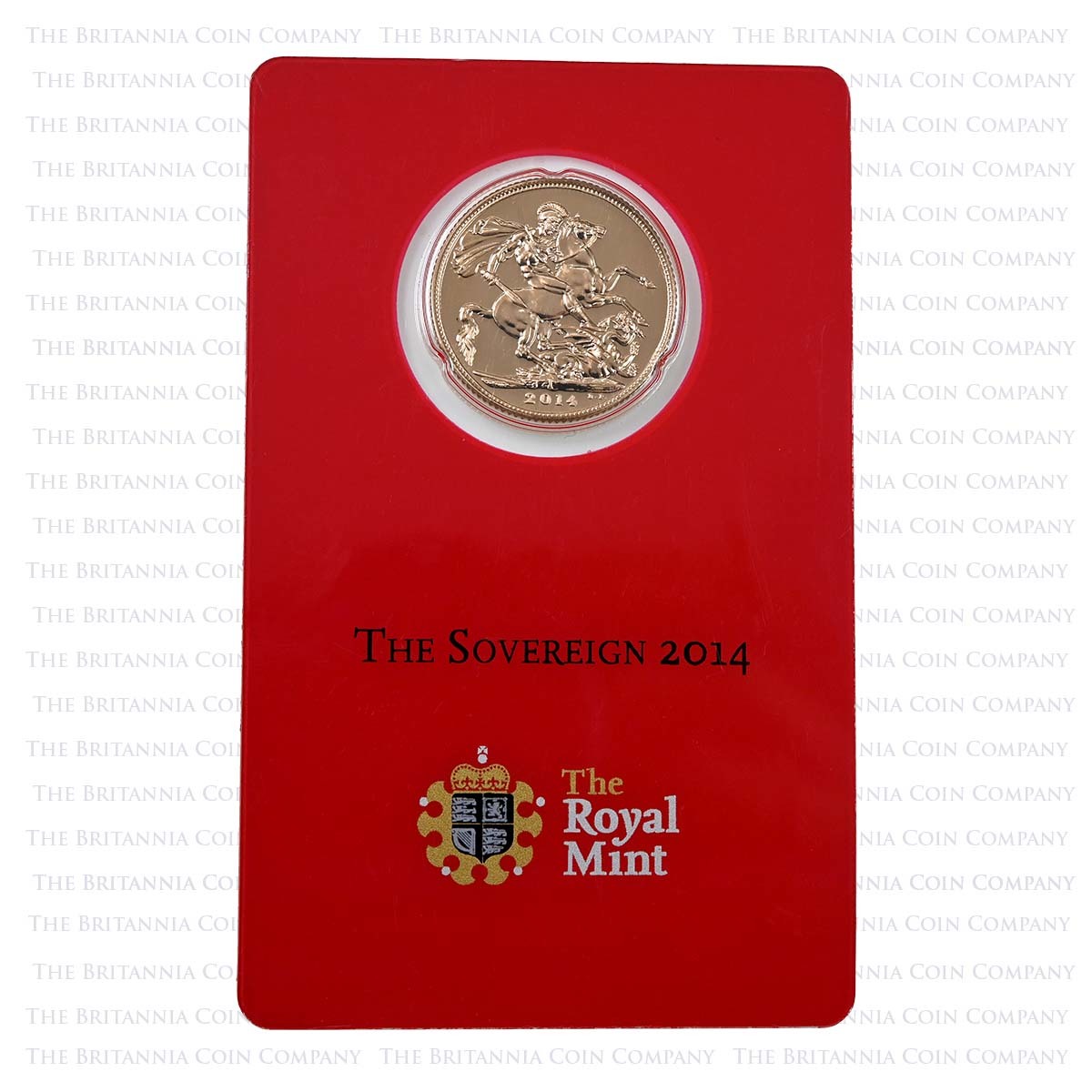 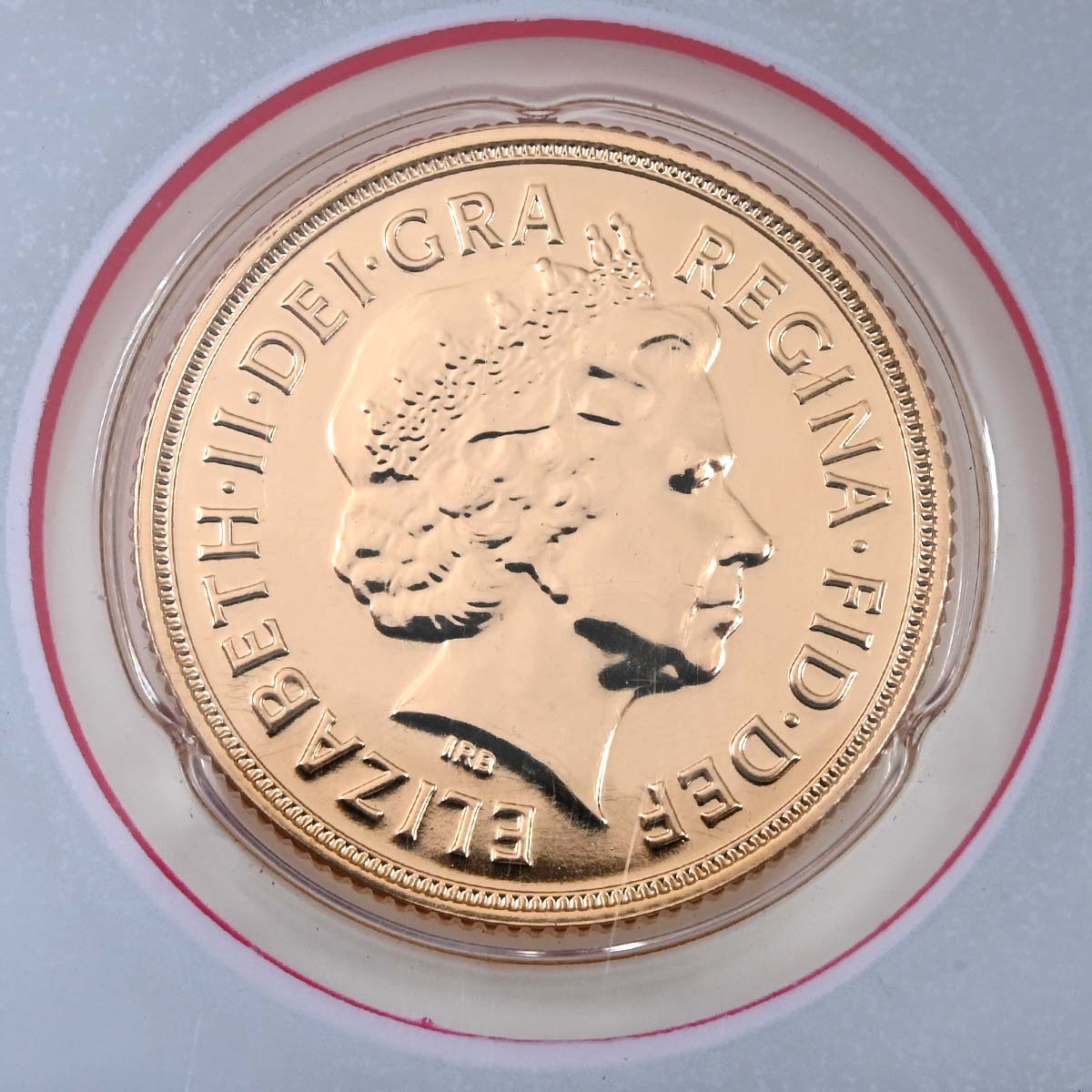 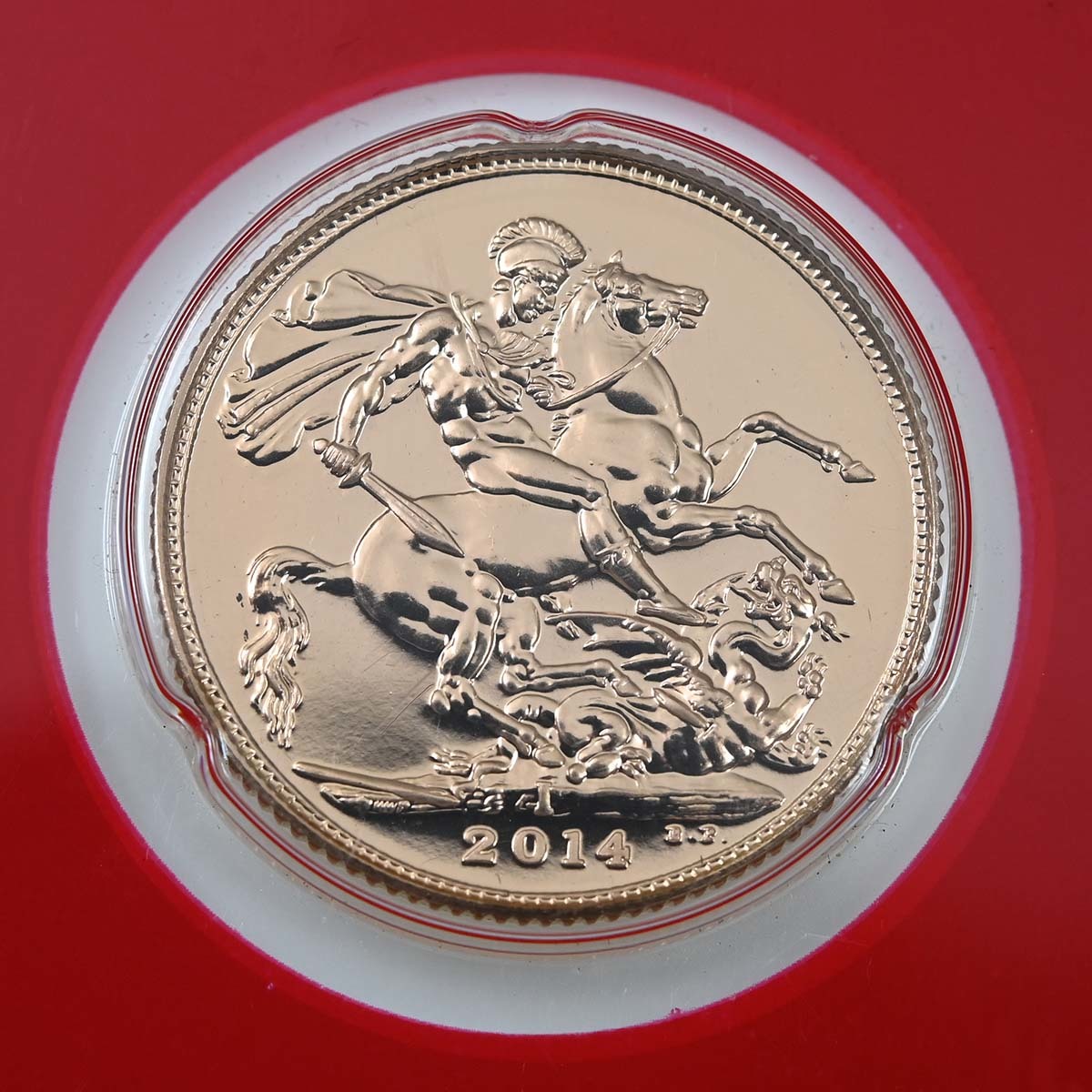 from
£475.00
(VAT Exempt)
A bullion uncirculated 2014 gold Sovereign, minted in India. Sovereigns circulated across the British Empire in the late eighteenth and early nineteenth century, with colonial branch mints opened to meet the demand. For a few short months in 1918, these prestigious gold coins were struck in Mumbai. This 2014 Sovereign recalls this snippet of numismatic history. Struck in a partnership between The Royal Mint and MMTC-PAMP, its struck to the same specifications as UK Sovereigns (7.98 grams of 22 carat gold) and only differs in that a tiny ‘I’ mint mark appears on the ground above the date, like historic Indian Sovereigns. Struck to bullion uncirculated standard and presented in its red plastic card of issue. VAT free and Capital Gains Tax exempt.
Log in to get notified when this product is back in stock.
Track Product
You are not logged in. Please Login to track this product.
Description Summary Specification Royal Mint About us

Struck in India, this 2014 gold Sovereign reflects an intriguing passage of monetary history.

During the reign of George V, a short-lived satellite branch of the Royal Mint was opened in Mumbai - then Bombay - India, joining a small number of colonial branch mints established across the British Empire. This mint struck Sovereigns for just over eight months, between 15 August 1918 to 22 April 1918.

Nearly 100 years later in 2013, The Royal Mint authorised the Indian Government to strike a limited collection of Sovereigns for collectors. These gold coins were struck annually by MMTC-PAMP India until 2019 using dies sent from the UK.

Like their historic counterparts, these modern Indian Sovereigns are distinguished by a tiny 'I' mint mark, found on the ground beneath the horses' back hoof, above the date.

Like all Sovereigns, 2014 Indian Sovereigns weight exactly 7.98 grams and are composed of 22 carat gold. They measure 22.00 millimetres in diameter and have a nominal face value of one pound sterling though their gold content and collectibility means they command significantly higher prices.

These India Mint Sovereigns come sealed in a credit-card sized red packaging. They can be removed but our examples have not, meaning they remain in pristine, 'bullion uncirculated' condition. No box is included in this sale.