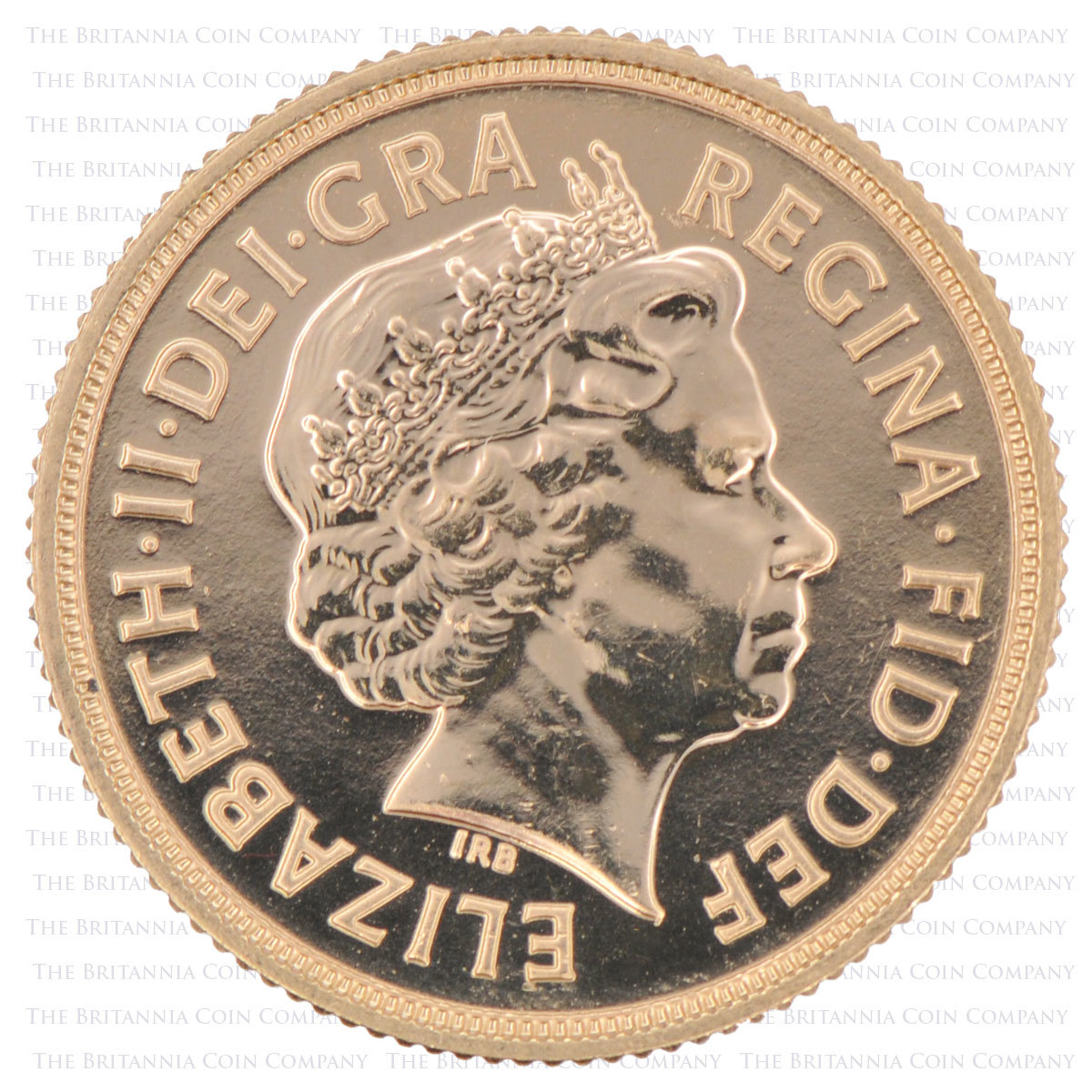 from
£360.30
(VAT Exempt)
2013 gold bullion Sovereign from The Royal Mint. High grade Bullion stock, carefully selected by us and graded at aEF (about Extremely Fine) or above. Extremely Fine coins carry very few marks or signs of wear and therefore make an ideal choice when buying specific dated coins as gifts. Perfect for marking special occasions such as weddings, birthdays and anniversaries. Bullion coins also have a lower purchase price compared to Proof coins of the same date. This coin features the signature 'St George and the Dragon' Sovereign coin Reverse design by Benedetto Pistrucci. The coin's Obverse hosts the 4th Portrait of Her Majesty the Queen, Elizabeth II, by Ian Rank-Broadley. The Sovereign is exempt from VAT and Capital Gains Tax and our price is inclusive of fully insured UK shipping.
Quantity
Cost Per Unit
Starts From
1+
£360.30
£360.30
Track Product
You are not logged in. Please Login to track this product.
Description Summary Investment Info Specification About Sovereigns Royal Mint About us

Gold Sovereigns are maybe the most famous of all gold coins and much sought after by both coin collectors and Bullion investors. Sovereigns have a long history dating back to 1603 but the contemporary gold Sovereign has been minted in Britain since 1817, and again from 1817-1917, 1925, 1957–59, 1962–68, 1974, 1976, 1978–82 and 2000 to date. The Sovereign disappeared from circulation during the First World War and did not return after the war, although colonial Mints continued to produce the Sovereign until 1932.

The gold Sovereign is associated with national pride, prestige and exceptional minting quality. The 2013 gold bullion Sovereign coin hosts a portrait of Elizabeth II. HM Queen Elizabeth II is the current and longest reigning British monarch ever. Born on 21 April 1926 to King George VI and Elizabeth Bowes-Lyon, she became Queen in 1952 and her Coronation was on 2 June 1953.

Beyond the walls of The Royal Mint, 2013 witnessed many significant events; the deaths of world leaders Margaret Thatcher, Nelson Mandela and Hugo Chavez, the resignation of Pope Benedict XVI following poor health and a meteorite landing in Russia. In the UK, the skeleton of King Richard III was discovered beneath a Leicester car park and a Jaguar was partially melted by a London skyscraper, the 'Walkie Talkie'. Meanwhile, HM The Queen celebrated the 60th Coronation anniversary. The year 2013 was a poignant year in history, now immortalised in coinage.

The Obverse (front, heads) presents Queen Elizabeth II's fourth portrait by Ian Rank-Broadley. Her Majesty is posed in the Royal Diamond crown, which she wore for her coronation, and this design has been used on gold Sovereigns since 1998.

The Reverse (back, tails) of the 2013 gold bullion Sovereign coin is that of the classical portrayal of 'St George slaying the Dragon', designed by Benedetto Pistrucci. St George, the Patron Saint of England, is on horseback, sword in hand. On the floor to the left is a broken spear from a previous offensive. Pistrucci's depiction dates back to 1817 when the talented engraver was appointed by the Master of the Mint.

The 2013 gold bullion Sovereign coin may be supplied in an acrylic capsule. The Proof version of this Sovereign is a 'Strike on the Day' coin in honour of The Queen's 60th Coronation anniversary.

The Sovereign, produced at The Royal Mint, was used to help Britain's international trading. From the 1850s until 1932, the Sovereign was also struck at colonial mints; Australia, Canada, South Africa and India. Since 2013, these coins have continued to be minted in India. To meet the high demand for gold coins in India, the minting of gold Sovereigns in the country with mint mark I has resumed since 2013, with quality assessed by The Royal Mint. The coins are legal tender in Great Britain.

The Reverse depicts patron saint of England, St George, in the classic design by Benedetto Pistrucci. The Obverse design of Her Majesty, Queen Elizabeth II is the fourth portrait design, by Ian Rank-Broadley.

This high grade 2013 gold Bullion Sovereign from The Royal Mint is subject to stock availability. The Sovereign is one of the most popular and easiest ways to invest in gold Bullion.

The gold Sovereign has a five-century long association with national pride, prestige and exceptional minting quality. This Sovereign coin is struck to Bullion standard and has legal tender status. The coin's Obverse presents the 4th Portrait of Her Majesty the Queen, Elizabeth II, by Ian Rank-Broadley. As the longest reigning British monarch, Her Majesty, The Queen has had Royal Portraits on coins produced by five different artists since her accession to the throne. The first Portrait was created by Mary Gillick, in 1953, followed by Arnold Machin (1968), Raphael Maklouf (1985), and Ian-Rank Broadley (1998). Most recently, the 5th Portrait was designed by The Royal Mint's Jody Clark in 2015.

The 2013 Sovereign coin was produced at The Royal Mint, which is the designated place for the UK to mint coins. Its history dates back well over 1,000 years and produces currency for over 60 countries. As one of the world's leading Mints, The Royal Mint has also helped to establish Mints in Australia, South Africa, Canada and India. Since 2013, India has continued to produce the gold Sovereign under the quality control of The Royal Mint.

The Royal Mint first moved to the Tower of London in 1279 and remained there for over 500 years. When decimalisation was introduced in 1971, all The Royal Mint's coin production was relocated to Llantrisant, Wales. A gold Sovereign was the last coin struck in London in November 1975. 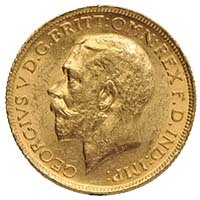 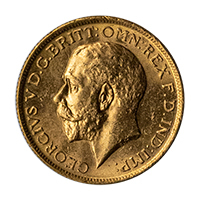