'Old Money' in the English Language 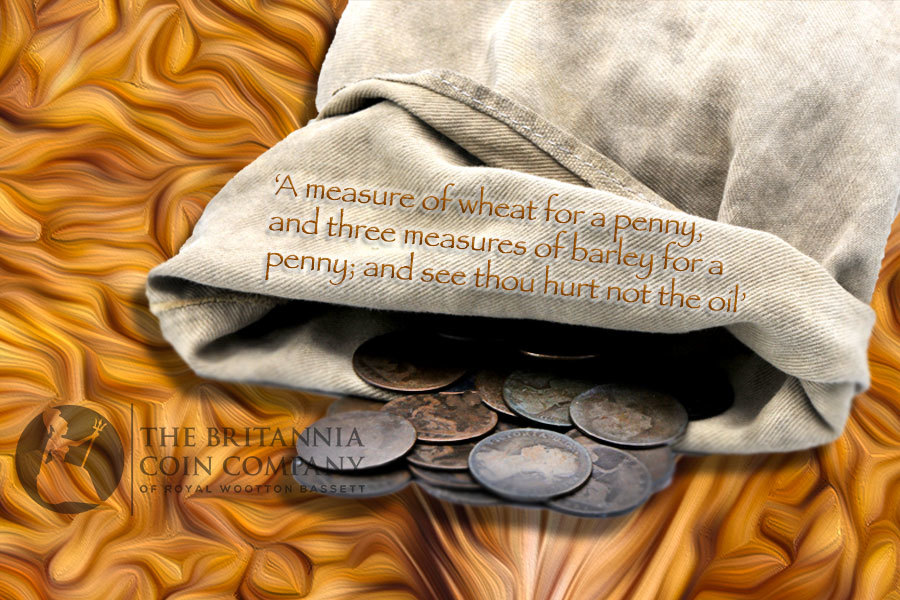 It was in a 20-second chat that a decision was made that would change the United Kingdom’s currency forever. In a conversation between Chancellor of the Exchequer Jim Callaghan and Prime Minister Harold Wilson, Wilson made the quick decision to decimalise the country’s currency, with a simple exclamation of 'well, why not?'

The decision was announced to Parliament in 1966: the UK’s currency, which hailed back thousands of years, was to be replaced with a decimal system currency. It followed the path lit by several Commonwealth countries that had already made the change, including Australia and New Zealand.

The Legacy of ‘Old Money’

Today, we rarely give much thought to the 'old money' of our country. But, as with many things, it's taken roots and made its undying mark on the English language, perhaps even more so than our current denominations of pounds and pence.

The riches of the shilling, florin and half crown went way beyond the face value of the coins. These beloved denominations made their way into our language, adorning sayings, songs and literature with their resonant connotations.

Being worth only a quarter of the value of the old penny, the farthing was retired when inflation rendered it pretty much useless – items got more expensive, which meant there weren’t many things you could buy with a farthing.

It wasn't, however, retired in the English language. This little coin famously features in the nursery rhyme, Oranges and Lemons, sang in playgrounds across the country.

'You owe me five farthings,
Said the bells of St. Martin's.'

And, of course, the farthing comes into use when we’re describing someone poor:

'They haven’t got two farthings to rub together.'

The modern variation of this idiom replaces farthings with today’s lowest denomination, the pence, but both sayings carry the same meaning.

Like the farthing, the half-penny was discontinued before decimalisation of the UK's currency – this time, it was because the coin itself was made out of bronze, which was worth more as scrap than the coin's actual face value.

Also like the farthing, the half-penny still shows up now and then in our idioms, sayings and rhymes. Take, for example, the saying 'don’t spoil the ship for a halfpennyworth of tar', which advises against ruining something by scrimping on the smaller details.

When you're young, the penny is your first encounter with the world of commerce and trade and the power of wealth. Take a look below at how the penny has become an innate part of our language as we grow up and all the different occasions it's become associated with.

'One a penny, two a penny, hot-cross buns,
If your daughters do not like them, give them to your sons.'

'See-saw Margery Daw,
Jacky shall have a new master,
Jacky must have but a penny a day,
Because he can't work any faster.'

'A measure of wheat for a penny, and three measures of barley for a penny; and see thou hurt not the oil and the wine.'

Worth – as you might expect – three pennies, the threepence is more often referred to as a thrupence or a thrupny bit.

It shows up in our language much less than some of the other denominations, but there are still traditions to be found that centre around the coin, not least the tradition of hiding one in a Christmas pudding. The coin was considered a token of luck, found by the luckiest person at the table.

The sixpence has a few nicknames, including 'tanner', which is derived from the word 'tawno', meaning 'small one', and 'bender', because sixpence coins were thin and easily bendable. It's because of this latter nickname that we know refer to getting drunk as 'going on a bender' – sixpence used to be enough money to get quite drunk!

As well as featuring in this often-used expression, the sixpence also showed up in several songs, including the nursery rhyme, Sing a Song of Sixpence:

Sing a song of sixpence,
A pocket full of rye,
Four and twenty blackbirds baked in a pie,
When the pie was opened the birds began to sing,
Oh wasn't that a dainty dish to set before the king!

Climbing up the pre-decimal denominations, we have the shilling. Worth 12 pence, it was known as a 'bob'. Even today, this is a word widely used to refer to a sum of money.

But the shilling itself also holds a place in our language. Take a look at some of Britain's literature of the past and you’ll find many references to the shilling, not least John Philips' poem, The Splendid Shilling:

'Happy the man who, void of cares and strife,
In silken or in leather purse retains
A splendid shilling'

The celebrated writer Rudyard Kipling used the shilling in the chorus of one of his poems, Shillin' a Day:

The denomination is even woven into the pages of iconic books, like Lewis Carroll's Alice in Wonderland:

'“Write that down”, said the King to the jury and the jury eagerly wrote down all three dates on their slates, and then added them up, and reduced the answer to shillings and pence.'

The florin coin was introduced in the 19th century. Worth two shillings, it was brought into circulation as an answer to the need for decimalisation. In its time, the florin was also known as a 'two-bob'.

We don't hear the name all too often these days but it did make its mark through a few sayings, like 'A good trade will carry farther than a thousand florins', and 'A penny spared is better than a florin gained.'

The half-crown coin was circulated for many years, released by the vast majority of English monarchs from the time it was introduced in 1549 under King Edward VI. It was demonetised only a year before decimalisation.

Worth two shillings and sixpence, it was often referred to as 'half a dollar' during its time.

Now we come to the highest of the pre-decimal denominations, the Crown. Worth a total of five shillings, it wasn't a coin to be sniffed out, yet it doesn't seem to have left us with a great range of phrases or idioms. Though it does show up here and there in verses alongside other coins, like in A. E. Housman's poem, When I Was One-and-Twenty:

When I was one-and-twenty
I heard a wise man say,
“Give crowns and pounds and guineas
But not your heart away!”

The pre-decimalisation currency made it into so many sayings, ideas and pieces of literature that simply can't be translated into today's currency. Take the recipe for happiness according to Dickens' optimistic character Mr Micawber in David Copperfield, for example:

It's been nearly 50 years since Britain saw its currency completely changed by decimalisation. It's fair to say most of us have become very used to our currency based on multiples of 10 and 100, with 100 pennies to the pound. Yet, sometimes it's nice to take a walk down memory lane and marvel at just how much of our old currency remains in our everyday language.

This difficult question to easily answer, because it depends on the age of the coins and their denomination. It's always best to get your coins valued by a specialist company, such as ourselves, as you're likely to realise far more than if you try to exchange them at a bank.

If you have old banknotes, your local bank (providing you hold an account with them) or postoffice will often exchange them. Alternatively, the Bank of England has its own procedure for exchanging old banknotes. Coins are somewhat more challenging as banks, postoffices, the Bank of England and The Royal Mint are under no legal obligation to exchange them. We are happy to purchase unwanted coins of any quantity.

A 'bob' was the slang word for a Shilling, which was worth 12 old pennies. Following decimilisation in 1971, a Shilling was worth 5 new pence. The old 'ten bob note' (10 shillings) was the equivalent of 5 Florins, or 4 Half Crowns, or 2 Crowns. After decimilisation, it was worth 50p.