Counterfeiting, Coin Clipping And The Great Recoinage of 1696 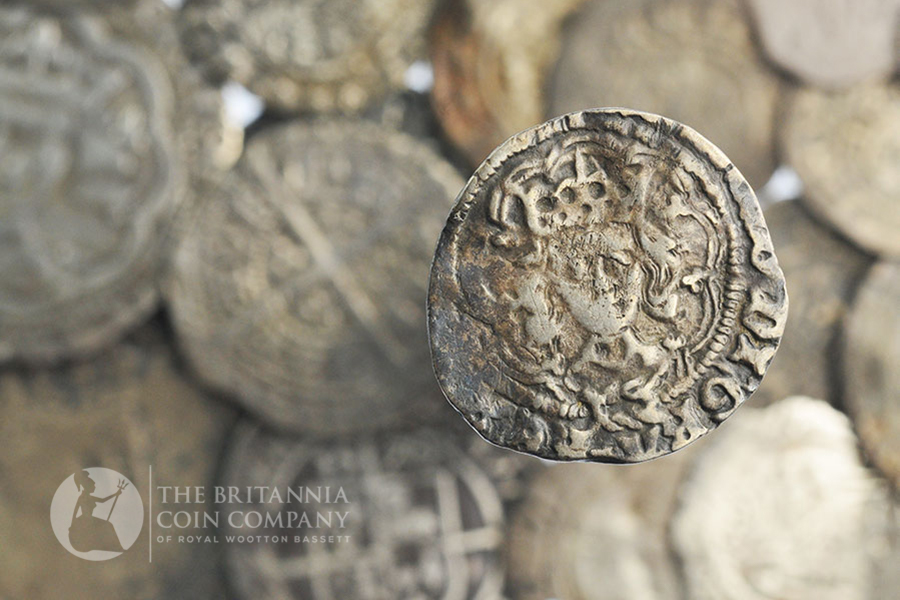 Today, the coins in circulation in Britain are simply a token of value, but our coins used to contain their value in silver or gold. In fact, it was once possible to take a file to your coins and take shavings of these precious metals – and many people did just that.

‘Clippers’, as they were called, made great profits from this often highly organised crime. Coins were worn down with general use, so it wasn’t easy to identify a coin that had been purposely clipped.

The practice left our coins in a terrible condition. In fact, back in the 17th century, Britain's currency was in a state of emergency.

Various monarchs had made moves to solve Britain’s currency crisis. Having sold Dunkirk to Louis XIV, the last remaining piece of France that Britain owned, Charles II used some of the funds to demonetise the Commonwealth coins of 1649-60 and introduce new milled coins.

But many of the old hammered coins, ripe for clipping, were still in circulation, and the new coins weren’t enough to deal with the nationwide problem. By the latter half of the 17th century, the state of Britain's coinage was wreaking havoc all across the country.

The Conundrum of Clipped Currency

With the country’s coinage worth their original weight in precious metal, clipping entirely undermined Britain's currency. Clipped currency was naturally disliked by merchants, while ‘heavy money’, coins that weighed as much as they should, was prized. Merchants would hoard heavy money and pass clipped coins along. Foreign merchants would only accept heavy money. Soon enough, almost all coins that circulated in Britain were clipped and there were few worthwhile coins left.

There were serious punishments in place for clipping: the death penalty and branding with hot irons, to name a few. Many did indeed get condemned to these sentences. But the allure of clipping was simply too strong – some clippers managed to earn tantalising fortunes from the illegal practice.

The Great Recoinage of 1696 Begins

In 1689, King William III came to power. This was to be the king under whom the state of Britain’s coinage was entirely reformed.

With Britain’s currency in such a distrasterious state and having seen the attempts by those before him to right it, William III was determined to put it right. And so he set in motion the plan that would later come to be known as the Great Recoinage of 1696.

Five years after William III became king, Parliament took control of Britain's monetary policy and the Bank of England was founded. Charles Montague, the man who established the Bank of England, became Chancellor of the Exquechor. Alongside a team that included Isaac Newton, John Locke and Edmond Halley, Charles introduced the Recoinage Bill into Parliament, which was passed a few years later in 1696.

And so began the huge operation of recoinage. With assurances that they’d be reimbursed at face value, the public was told to return their old hammered coins. The new coins were to be milled with regular edges that couldn’t be clipped so easily. And with a whole nation’s coinage in need of remaking, five new mints were opened in Bristol, Chester, Exeter, Norwich and York to supplement the Tower Mint in London.

Was the Great Recoinage a Great Success?

The Great Recoinage was completed by 1699. But whether it could be called a success is another matter.

While it did indeed improve the state of Britain’s coinage and proved the government’s ability to handle the country’s financial matters, the Great Recoinage of 1696 brought many problems.

The public was told that each old coin that was brought in would be refunded at face value, no matter the state it was in. The temptation to file down the precious metal and keep some shavings to sell on was too strong for many. The value that the government brought in through returned coins was very low, and it likely wasn’t helped by this last minute clipping frenzy.

There was also a worrying level of civil unrest. Though there were six mints working to produce enough new coins to replace all the old, it took some time. After handing in their coins and with no remaining coins to pay for anything, many people become very worried about their financial state and refuse to pay for anything.

This nationwide feeling of unease caused the government concerns of riots. It was clear something needed to be done. In the end, the government decided to issue paper bank notes, to bridge the gap until the new coins were rolled out.

But the most infamous issue was the Window Tax. The cost of producing new money and swapping it for the nation’s clipped coins was huge. The recoinage ended up costing the government a massive £2.7 million. This money had to come from somewhere, so the government brought in the notorious Window Tax.

Households were taxed on the number of windows they had, as well as ventilation openings. In efforts to pay as little extra tax as possible, many people bricked up their windows and covered their vents. The resulting reduction in access to light and air brought widespread anguish and illness, including cholera, typhus and smallpox. The tax was wildly unpopular and continued to cause misery for many years after the Great Recoinage was complete.

The Great Recoinage of 1696 is still talked about today, some 300 years later, and it’s not hard to see just why it went down in history. It was a task of mammoth proportions and the process took its toll on the country. And, though the country’s coins may have been left in a better condition, it was of little benefit financially anyway. The variations in the value of gold and silver meant it was hard to maintain this monetary system – a problem that persisted until  the Great Recoinage of 1816.

Coin clipping was the process whereby the edges of a gold or silver coin were trimmed using a pair of sharp shears. These clipings were then melted down and sold on. As the value of a coin was dependent on the quantity of precious metal it contained, coin clipping was a serious crime.

The crime of coin clipping was considered to be a form of high treason and punishment was severe. Those convicted could expect to be hung if they were male and burnt alive if they were female.