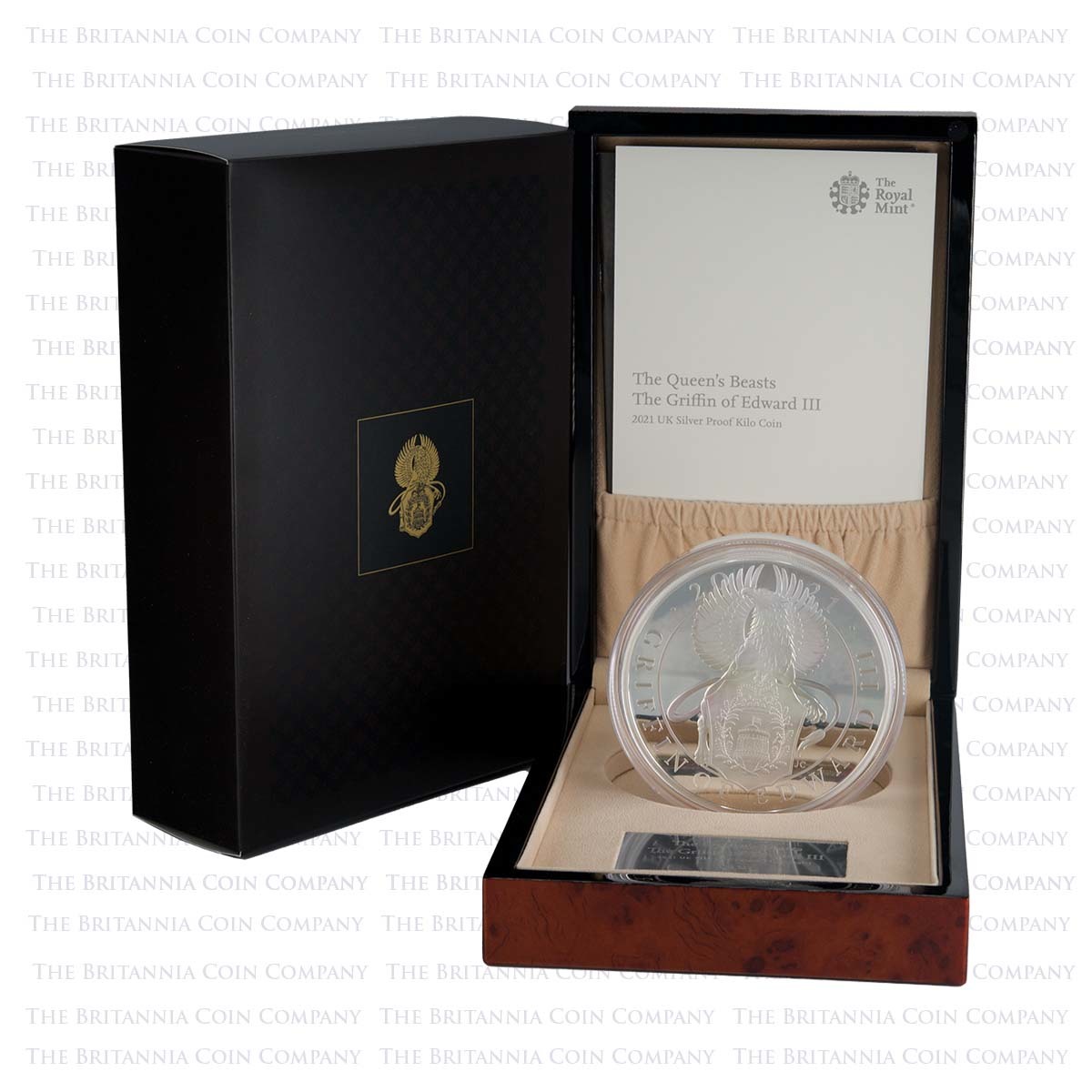 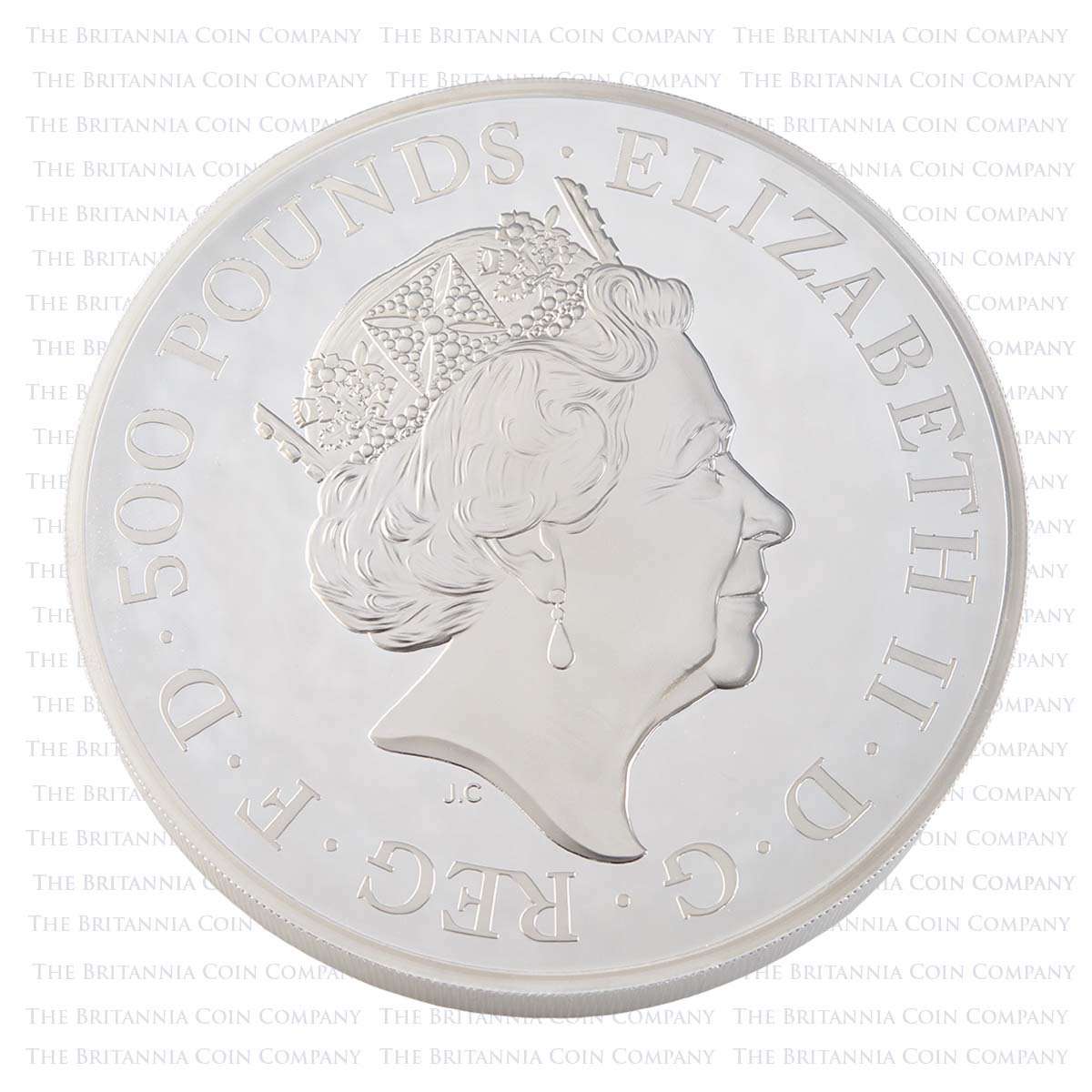 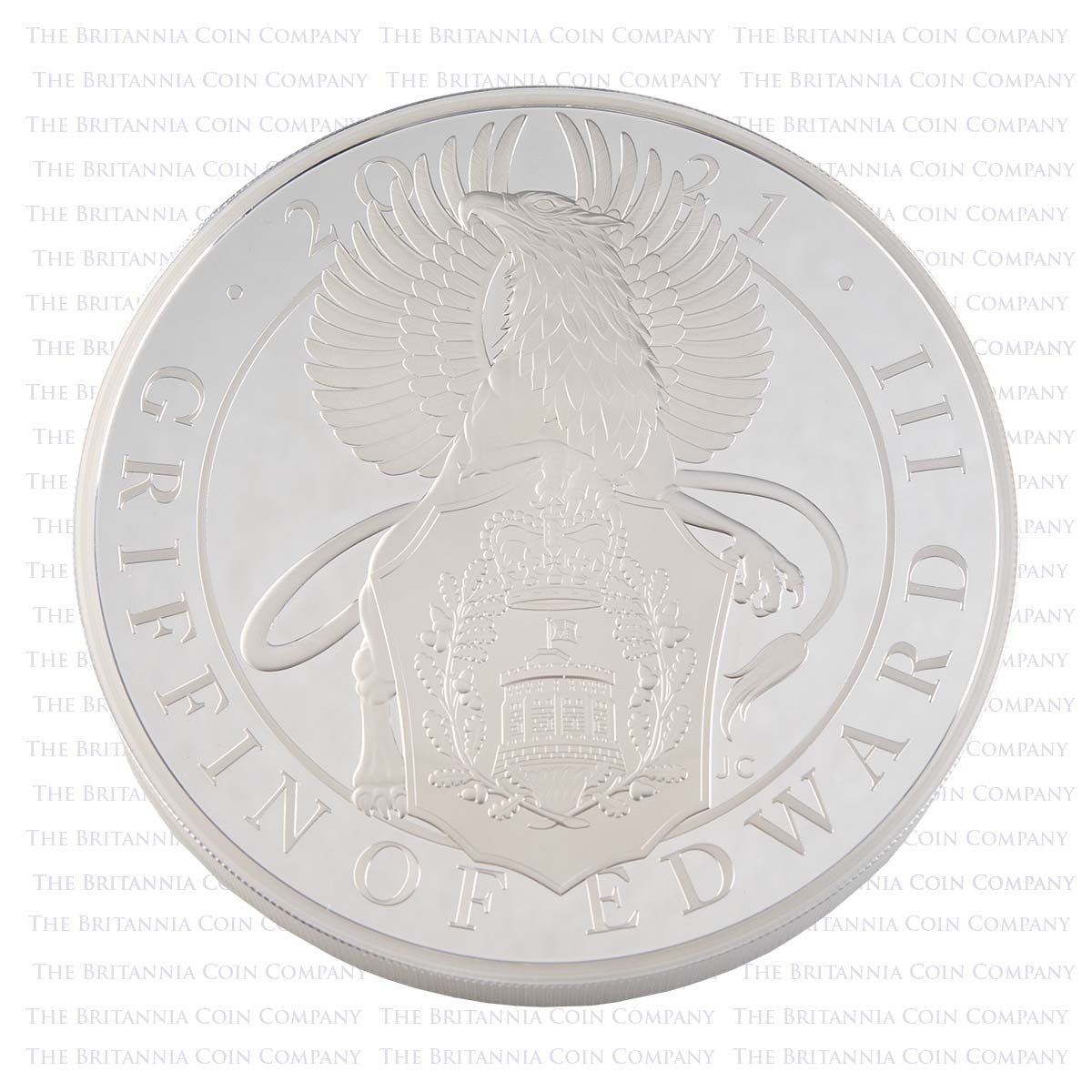 from
£2,195.00
The final individual design in The Royal Mint’s Queen’s Beasts series, inspired by the heraldic creatures that populate the coats of arms of Her Majesty’s royal and noble ancestors. The Griffin - known for guarding treasure - was an important symbol to medieval king Edward III whose birthplace, Windsor Castle, appears on the shield clutched in the beast’s talons. Jody Clark is the artist behind this design as well as the obverse portrait of Her Majesty the Queen. This 1,005 gram coin is struck in 999 silver to proof standard and has a face value of £500. It’s presented in its original bespoke packaging from The Royal Mint with a numbered certificate of authenticity and an information booklet.
Quantity
Cost Per Unit
Starts From
1+
£2,195.00
£2,195.00
Track Product
You are not logged in. Please Login to track this product.
Description Summary Specification Royal Mint About us

The final beast in this popular series from The Royal Mint, the Griffin of Edward III appears here on an incredible 1 kilogram silver proof coin.

New coins in the Royal Mint's Queen's Beasts collection have been flying off the shelves since the first design was revealed in 2016. Coins in the series, including the 2021 Queen's Beasts Griffin of Edward III 1 Kilo Silver Proof combine lifelike animals with graphic heraldic elements.

The Griffin of Edward III

With the body of a lion and the head and wings of an eagle, the griffin was said to be both powerful and intelligent, known for guarding treasure: a fitting subject for a coin. The Griffin of Edward III coin shows the badge of the House of Windsor, clutched in the beast's talons. It depicts the Round Tower of Windsor Castle – the birthplace of Edward III who used the griffin on his private seal.

In this design the griffin's upturned wings cut into the legend, creating a sense of movement, as if the beast is climbing out of the coin. It is a dynamic, beautifully rendered design. Like all coins in the Queen's Beasts series, the Griffin is the work of Jody Clark. Speaking about his design, Clark said:

‘For the griffin, I continued [the] balance of realism and a stylised look. I wanted to portray its power and courage, so I looked at lots of images of lions and eagles to achieve the desired outcome.’

This Queen’s Beasts coin is struck in 1,005 grams of 999 silver to flawless proof standard. Its finish is preserved by the capsule that it remains enclosed in, inside its bespoke packaging from The Royal Mint. This means you can appreciate the striking design as intended.

The certificate of authenticity, enclosed with the coin confirms that this example is from a limited edition presentation of just 70. This makes the Griffin of Edward III 1 kg silver proof coin the most limited silver coin in the series and it’s certainly my favourite in this brilliant series. 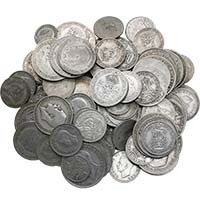 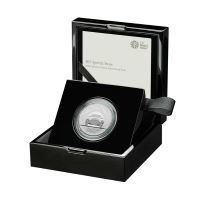 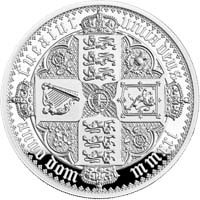