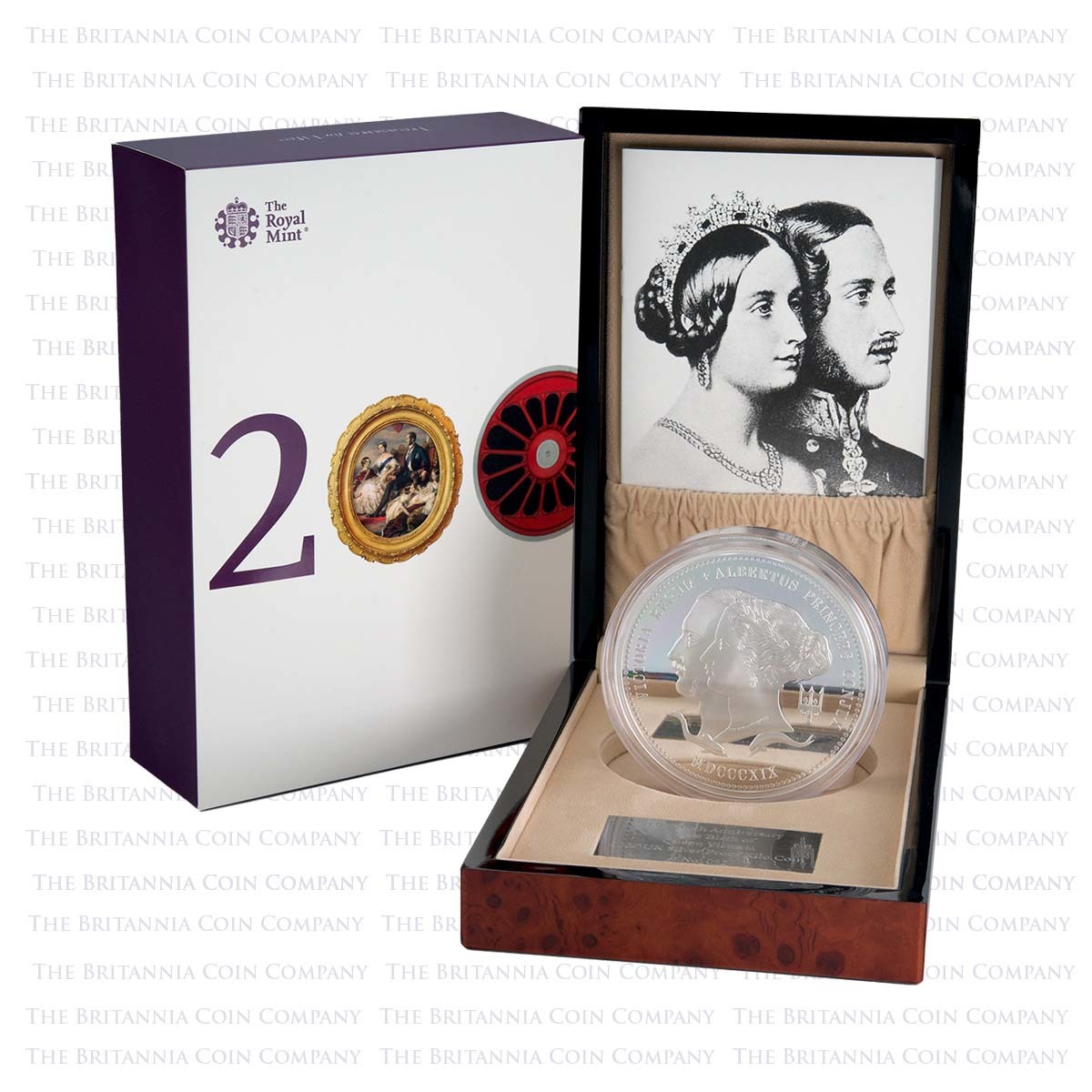 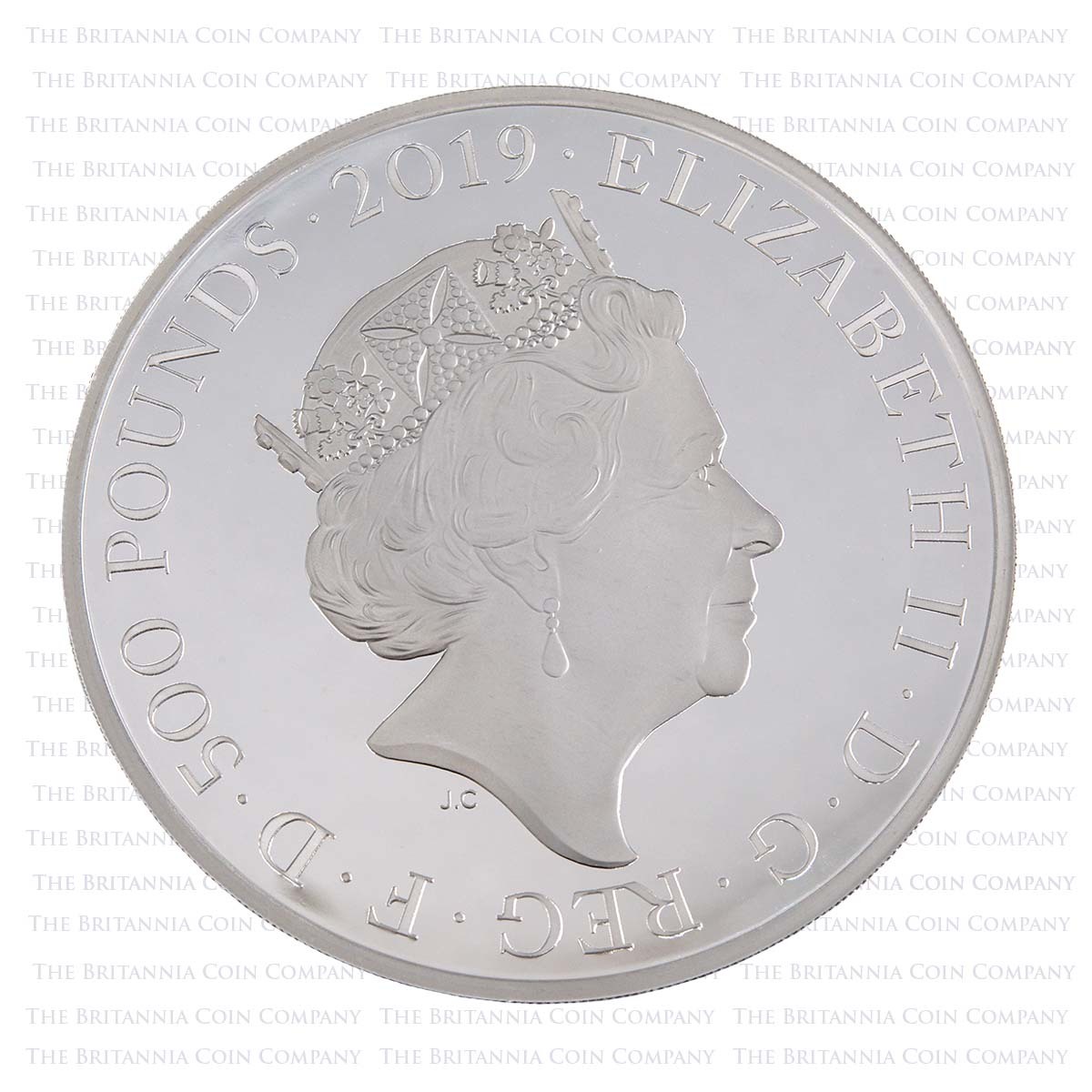 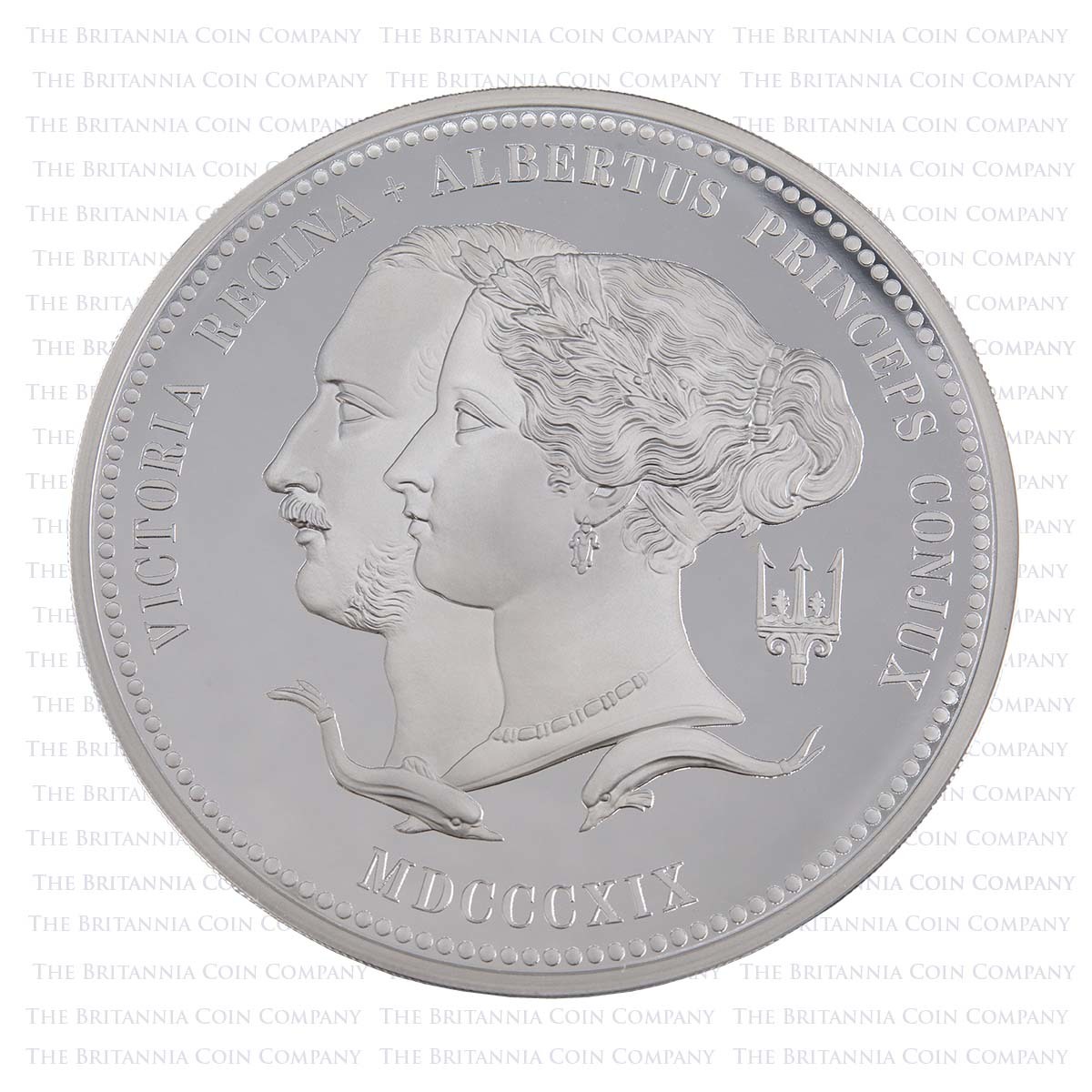 from
£1,795.00
In 2019 The Royal Mint marked 200 years since the birth of Queen Victoria with a collection of coins celebrating her long and remarkable reign. The reverse of this silver proof 1 kg coin features a double portrait of Victoria and her consort, Prince Albert - also born in 1819 - that was originally crafted for medals issued at the Great Exhibition of 1851. It’s the work of William Wyon, Chief Engraver to the Royal Mint during the early decades of the Victorian age. This historic design is struck to proof standard in 1,005 grams of 999 fine silver on a coin with a face value of £500. One of only 125 issued, this one kilogram coin comes in its original bespoke packaging from The Royal Mint along with its numbered certificate of authenticity.
Quantity
Cost Per Unit
Starts From
1+
£1,795.00
£1,795.00
Track Product
You are not logged in. Please Login to track this product.
Description Summary Specification Royal Mint About us

From a limited edition presentation of just 125, this one kilo silver proof coin is a tribute to Queen Victoria and Prince Albert.

24 May 2019 marked 200 years since the birth of Britain's second longest reigning Queen.

Victoria was fifth in line to the throne at birth, becoming the heir to the throne after the death of her father and three childless royal uncles. She was crowned in 1838 at the age of 18 and would reign for a remarkable 63 years, longer than any previous British monarch, presiding over a period of political, industrial, scientific and social change that became known as the Victorian era.

To celebrate the legacy of her reign The Royal Mint struck a range of collectible coinage. This 1 kilo silver proof coin is among the largest and scarcest of this series and makes a fitting tribute to an extraordinary monarch.

The reverse of this silver bicentenary coin features a stunning double portrait, crafted during Victoria’s reign. It’s the work of the celebrated William Wyon RA who produced some of the defining numismatic images of Victoria including the Young Head during his tenure as Chief Engraver to the Royal Mint.

This design is one of the Great Engraver's final works and originally featured on the obverse of a medal presented at the Great Exhibition of 1851. It shows Victoria and her consort, Prince Albert, who planned the exhibition as president of the Society of Arts. A pair of dolphins and the trident represent the British naval supremacy that maintained the Pax Britannica.

‘This day is one of the greatest and most glorious days of our lives, with which, to my pride and joy the name of my dearly beloved Albert is forever associated!’

- An extract from Queen Victoria’s diary following the opening of the Great Exhibition.

It's a striking image from a high-point in Victoria's long reign, made poignant when we remember her decades of mourning for her husband, following his death in 1861.

A One Kilo Silver Coin

Wyon's work is carefully reproduced on this 999 fine silver coin though the legend has been somewhat modified and the date changed to reflect Victoria's 200th anniversary year. It's accompanied on the obverse with the portrait of another Queen: the current effigy of Elizabeth II by Jody Clark.

This piece is the largest silver denomination available in the bicentenary collection. With a face value of £500 it weighs in at 1,005 grams, its 100.00 millimetre diameter allowing the appealing Victorian design to be appreciated in all its glory. The proof finish ensures a flawless coin.

Only 125 of these Victoria and Albert one kilo coin have been struck and they've proved popular, especially as other examples of Wyon's work have been reproduced on coins in The Royal Mint's Great Engravers series. It's a beautiful piece and we're sure it won't stay around for too long.