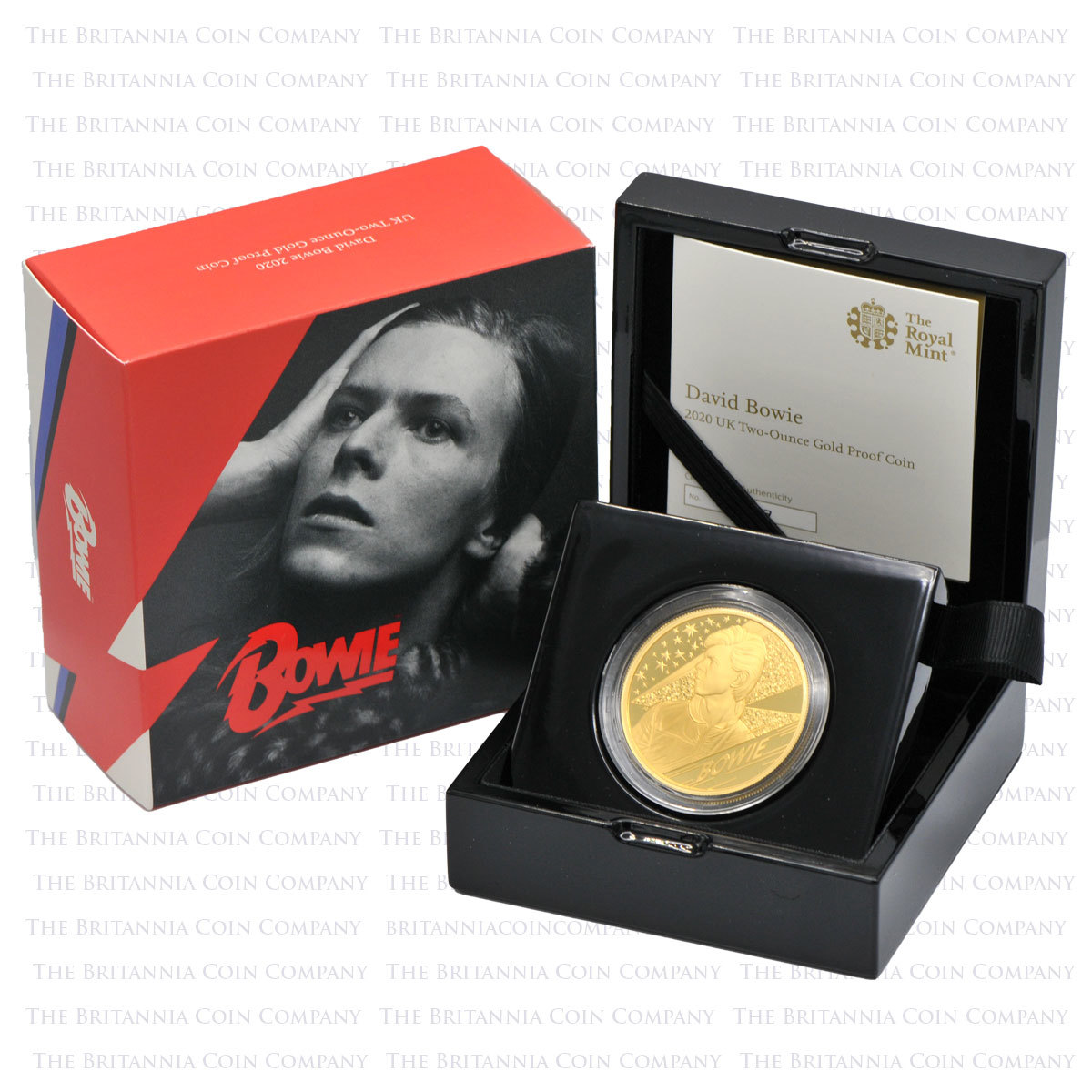 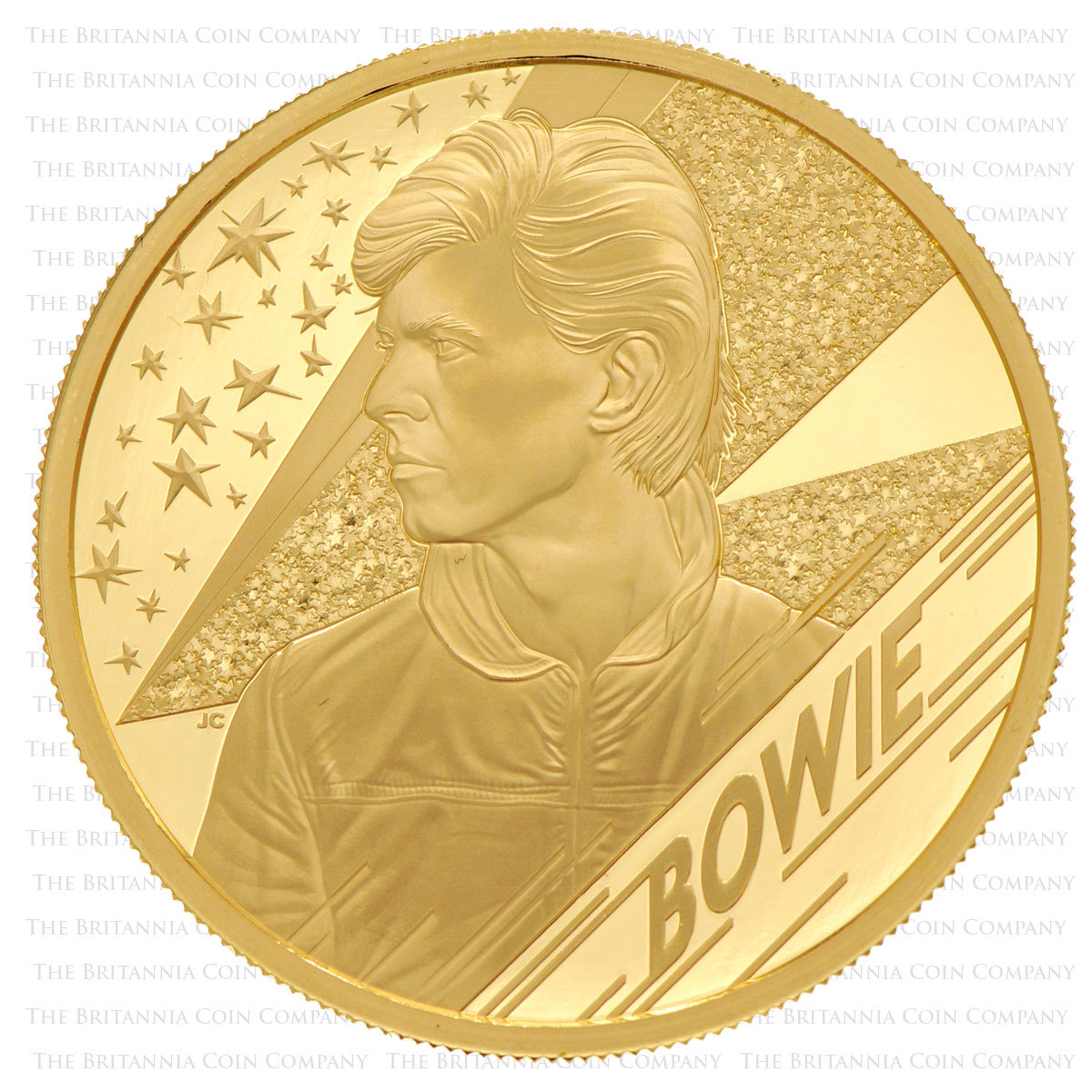 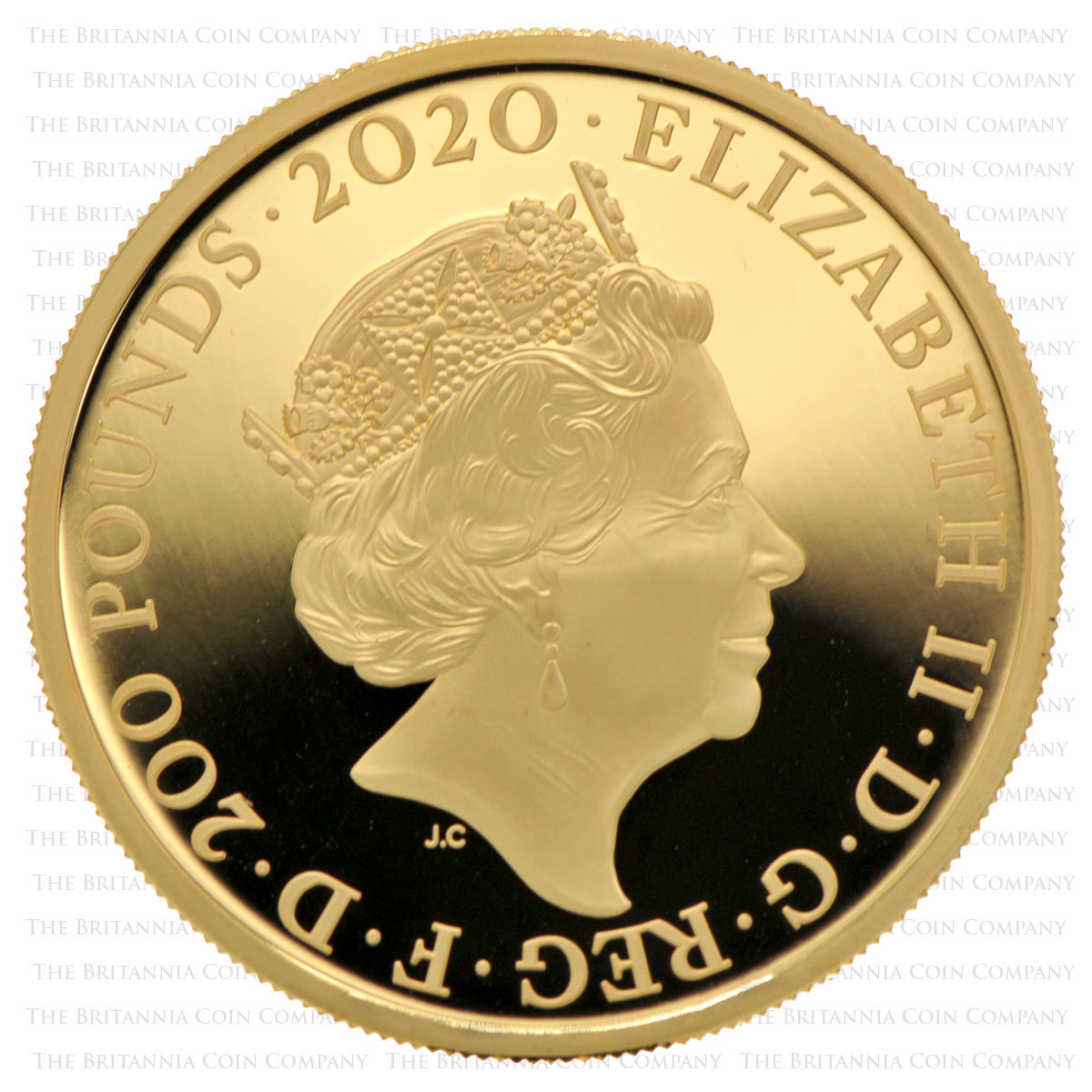 £4,995.00
(VAT Exempt)
List Price: £9,995.00
Just 100 issued and out of stock on The Royal Mint Website! This Two Ounce gold coin is the third release in the Music Legends series. Celebrating the greatest British musical acts, the popular series has previously paid tribute to the likes of Queen and Sir Elton John. This 999.9 fine gold piece is from 2020’s David Bowie collection and features an instantly recognisable image of Ziggy Stardust himself. The artist, Jody Clark, was inspired by the Starman’s Berlin years and his design features the lightning bolt from his Aladdin Sane album. This edition features an eye-catching glitter effect to the lightning bolt, only present of a select few coins in this collection. Clark’s work also appears on the reverse as he is the artist responsible for the fifth official coinage effigy of Her Majesty the Queen. Struck in 62.42 grams of gold, this 2020 coin measures 40.00 millimetres across and has a face value of £200, its legal tender status and gold content making this coin VAT and Capital Gains Tax free. You’ll receive your David Bowie gold coin in its stylish black presentation box and capsule from The Royal Mint alongside a numbered certificate of authenticity. A perfect gift for a serious Bowie fan.
Quantity
Cost Per Unit
Starts From
1+
£4,995.00
£4,995.00
Track Product
You are not logged in. Please Login to track this product.
Description Summary Royal Mint About us

British artists have been dominating and transforming the world of popular music for decades and its high time that extraordinary legacy was celebrated on coinage. The Royal Mint's Music Legends series aims to do just that with collections themed around some of the UK's greatest acts.

'I chose to work on an image of Bowie from the time in his career when he lived and recorded in Berlin. Behind his portrait I included the iconic and dynamic lightning bolt motif and I also added 27 stars to represent every one of the Starman’s studio albums.'

A similar image with small variations appears across the coins in this series, including this Two Ounce edition which has a textured effect on the lightning bolt which produces an eye-catching glitter.

Struck to flawless proof standard using specially prepared dies, this David Bowie coin is composed of 62.42 grams of 999.9 fine gold. It has a face value of Two Hundred Pounds and measures 40.00 millimetres across.

Only 100 of these 2oz gold coins were offered by The Royal Mint and they sold out lightning fast when first made available.

You'll receive your 2020 Music Legends coin in its original presentation packaging from The Royal Mint. Sealed in its capsule, the coin is ensconced in a special all-black case. Also included: an information booklet and a numbered certificate of authenticity.