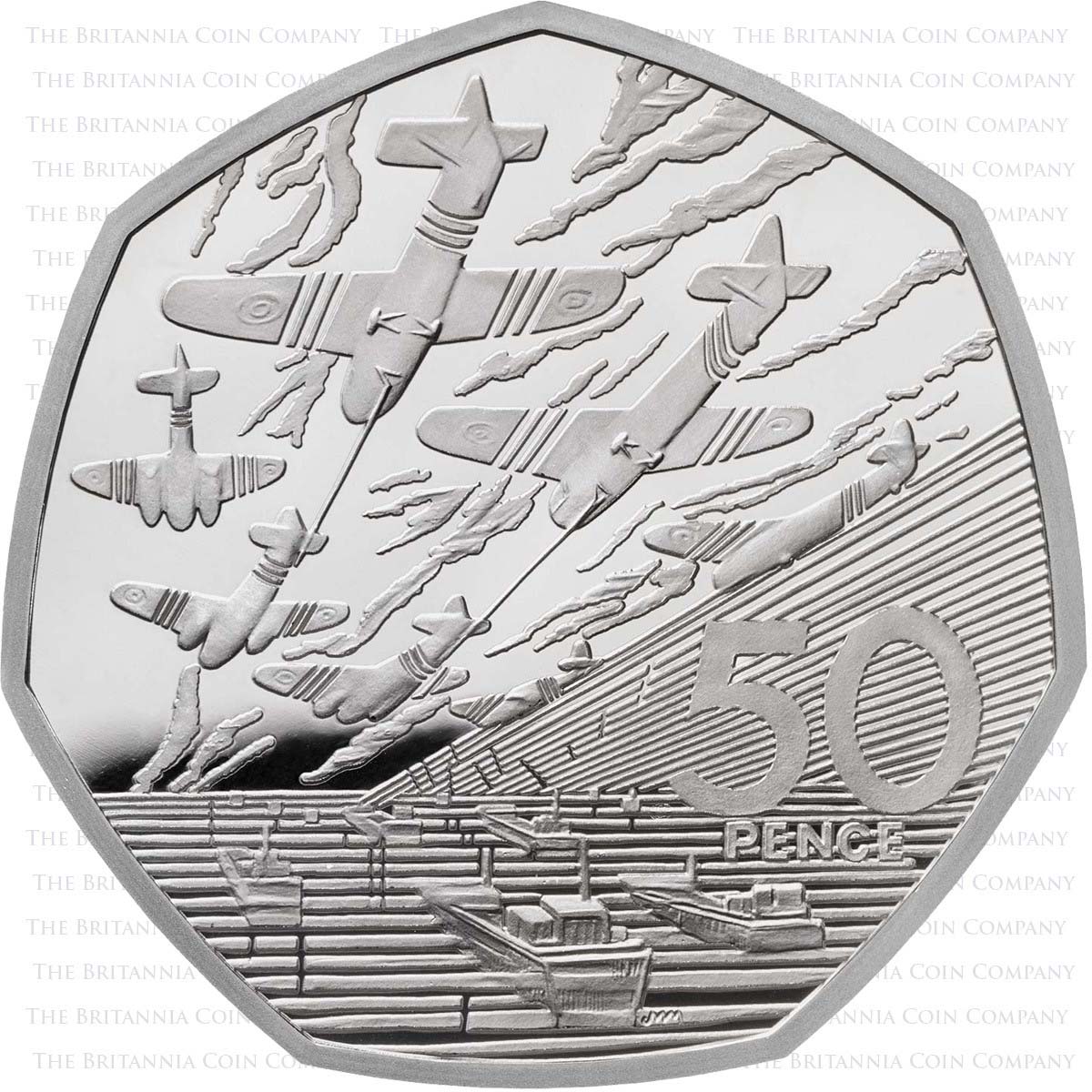 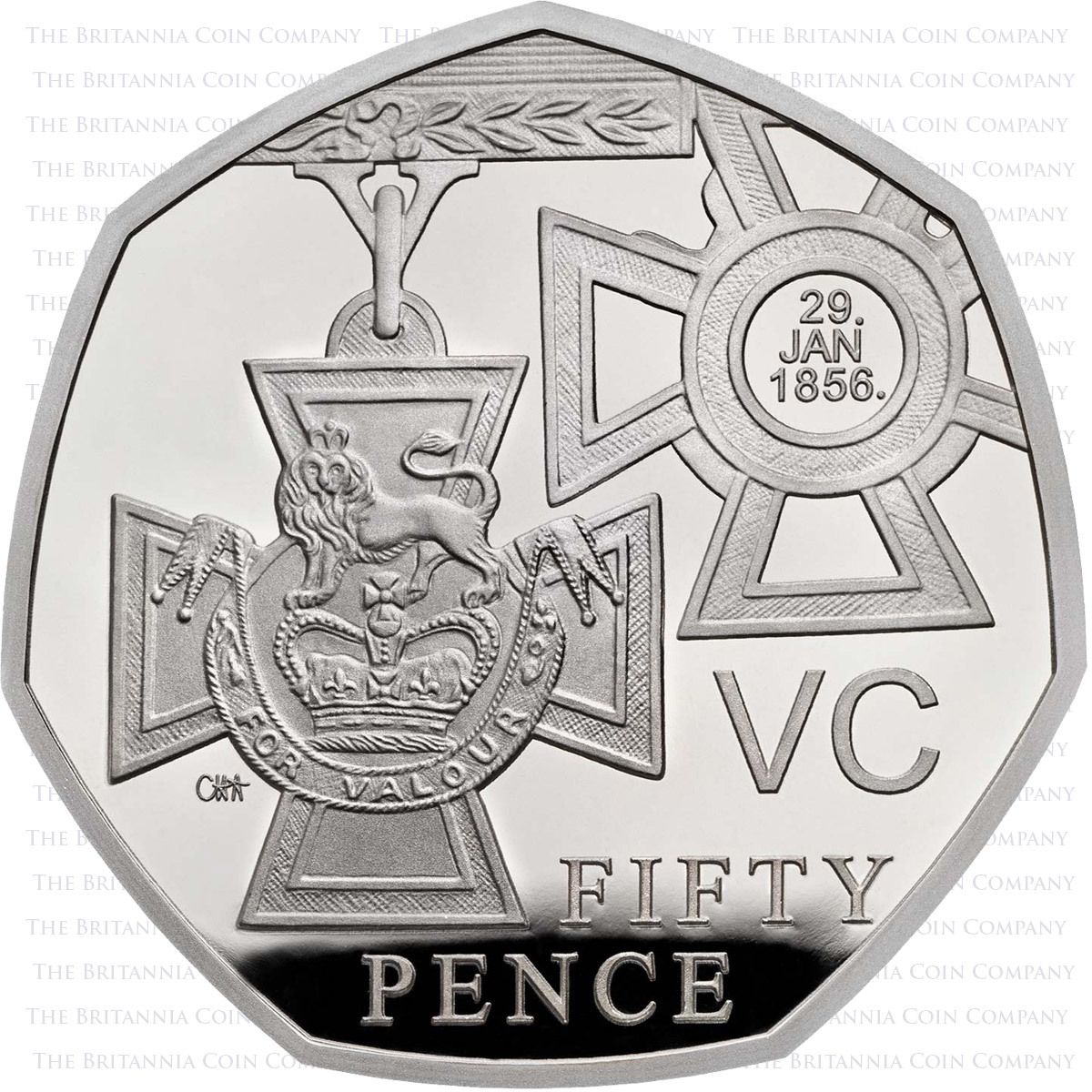 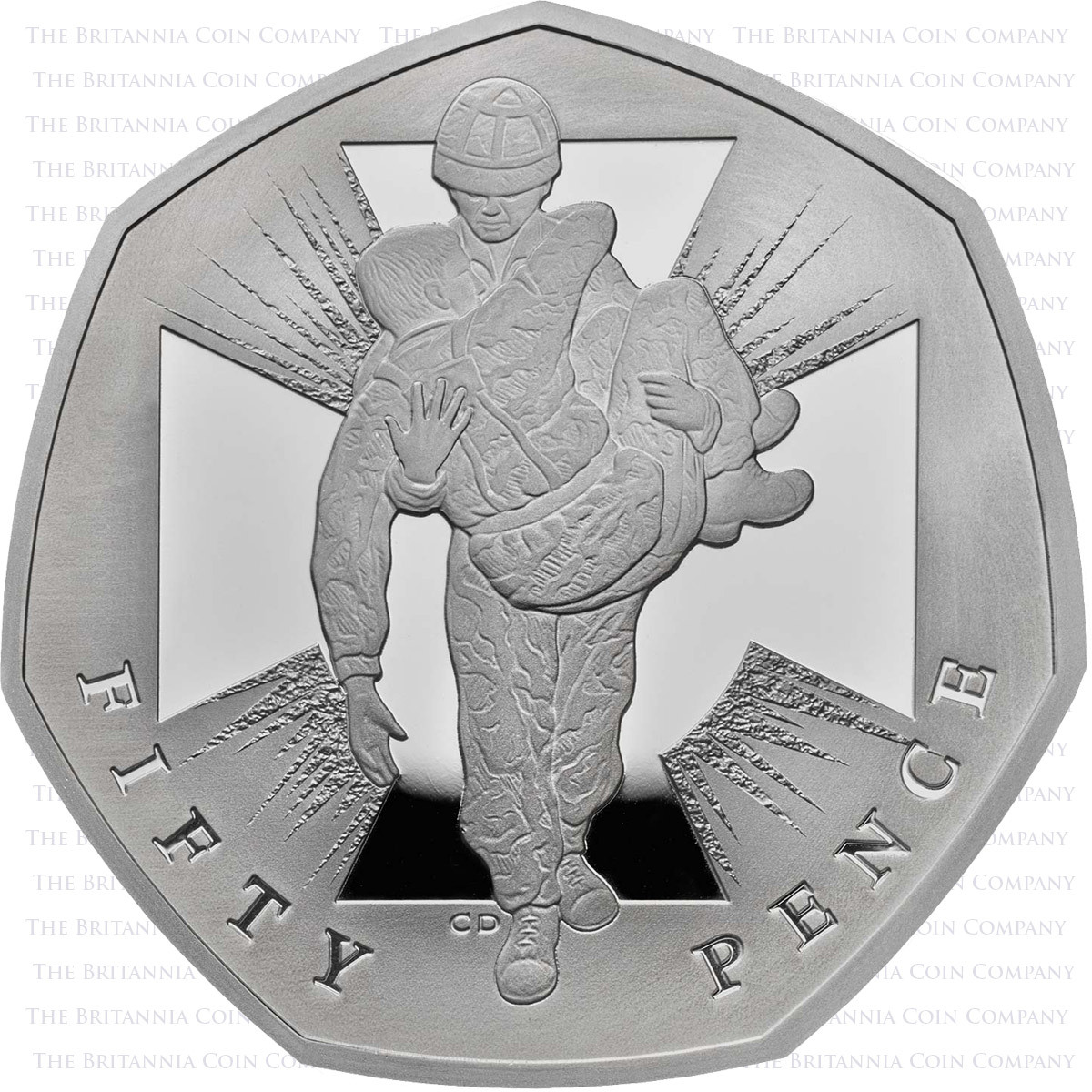 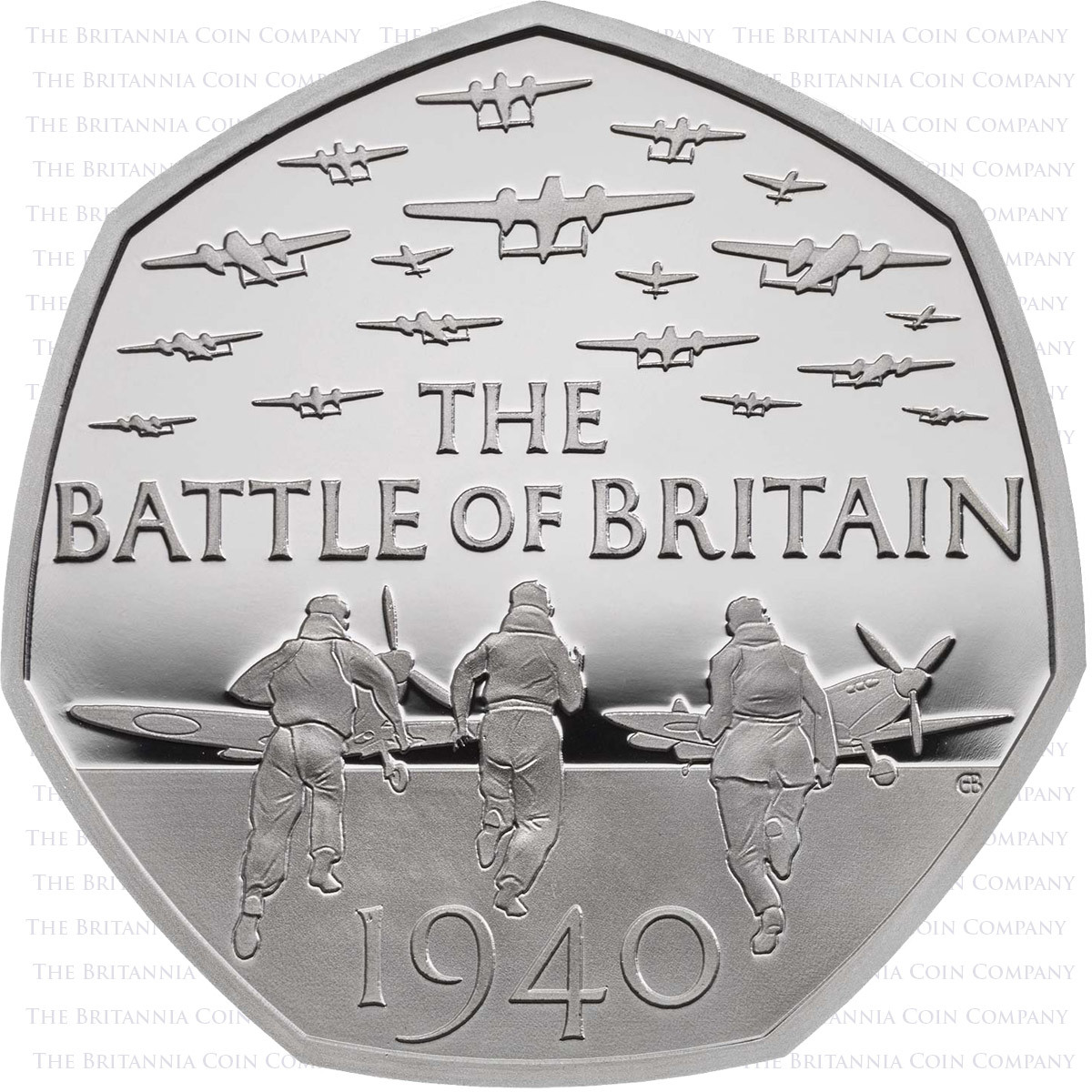 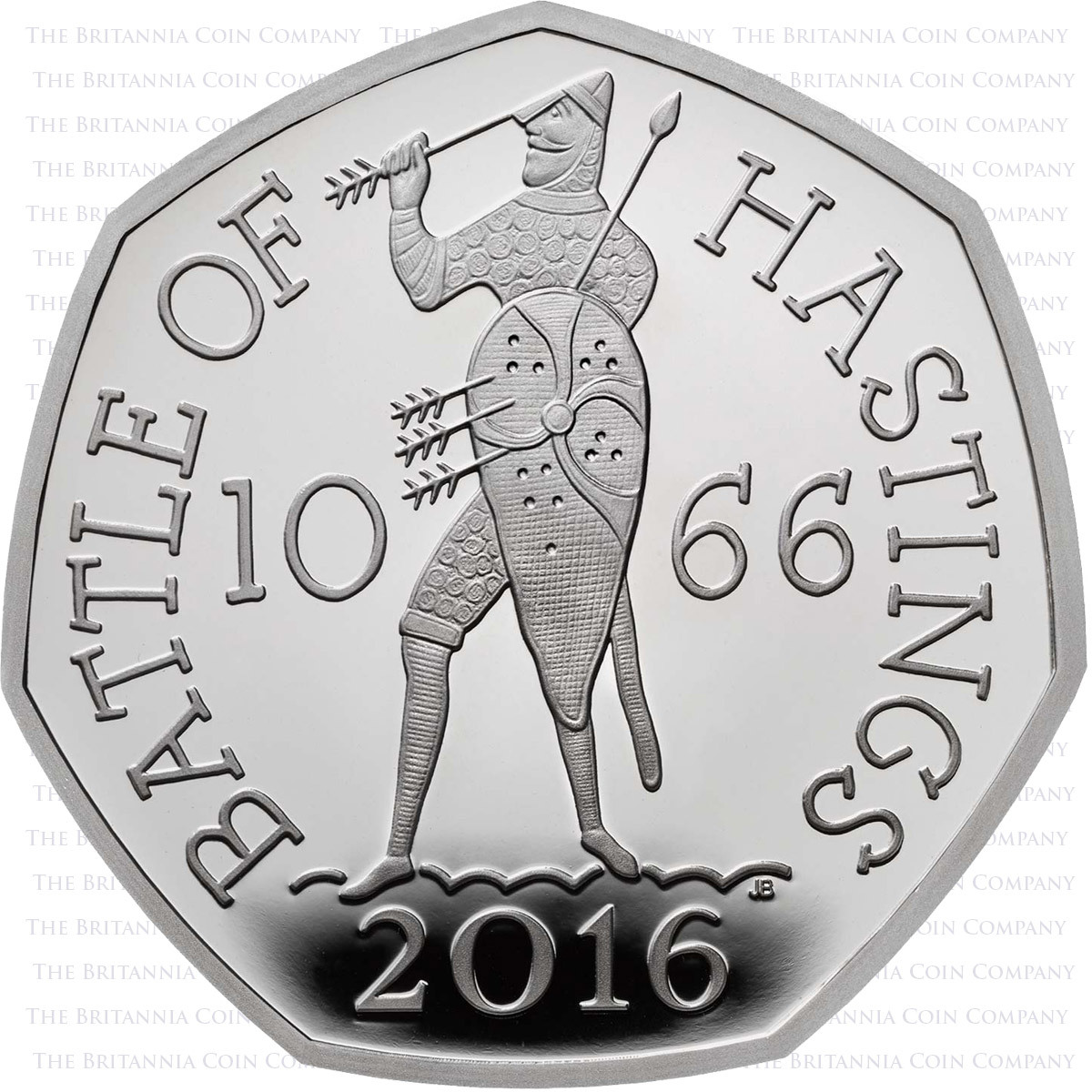 from
£70.00 (excl. VAT)
from £84.00 (inc. VAT)
This 2019 Base Proof coin set celebrates 50 years of the 50p with a collection of five commemorative fifty-pence coins. This five-coin collection honours British Military History, presenting five commemorative 50p pieces released over the past fifty years. The five designs to have graced the coin are; the 950th Anniversary of the Battle of Hastings, the 50th Anniversary of D-Day, the 75th Anniversary of the Battle of Britain and two coins commemorating the 150th Anniversary of the creation of the Victoria Cross medal. Engineered in 1969 by Hugh Conway, the 50p was launched as the world's first heptagonal coin. The coin's obverse hosts the 5th Portrait of Her Majesty the Queen, Elizabeth II, by Jody Clark. Just 3,500 coins are available in the limited edition presentation.
Quantity
Cost Per Unit (excl. VAT)
Cost Per Unit (inc. VAT)
Starts From (inc. VAT)
1+
£70.00
£84.00
£84.00
Track Product
You are not logged in. Please Login to track this product.
Description Summary Specification Royal Mint About us

1969 marks the year man first walked on the moon. It also saw; over 350,000 people attending  Woodstock festival, the launch of Sesame Street, Concorde and Boeing 747 taking to the skies, and the Beatles recording their final album, Abbey Road. Meanwhile, engineer Hugh Conway and his team were developing the 50p over at The Royal Mint. The 50p became the world's first seven-sided coin, replacing the Ten Shilling Bank Note. It was a radical change for the time alongside former Florins and Shillings being withdrawn from circulation in the move to decimalisation. The new design endured backlash, as the Anti-Heptagonalist movement believed the 50p was an insult to sovereign Elizabeth II. After a number of ludacris newspaper stories were run in 'the battle for the Ten-Bob bit', criticism was short-lived and eventually subsided.

It is The Royal Mint's tradition to commemorate events from British Military History. Over the past 50 years, the 50p has hosted five military themed designs, which feature in this 2019 collection. Each coin commemorates a great battle in the military's past. The first coin honours the 75 years since the Battle of Britain, a fight between the Luftwaffe and the RAF Spitfire. The battle was critical to the defeat of Germany and the outcome of the Second World War. The second 50p marks the 50th Anniversary of the D-Day Landings, when allied troops stormed the Normandy beaches in WWII, gaining a foothold in Europe. The third coin commemorates 950 years since the Battle of Hastings. In 1066, Norman and Anglo-Saxon forces clashed after the death of Edward the Confessor. An arrow to the eye killed newly-crowned King Harold and William the Conqueror of Normandy edged a step closer to becoming King. The final two coins in the set acknowledge the 150th Anniversary of the Victoria Cross. The highest award for gallantry that a serving Briton can receive. It was founded during Queen Victoria's reign in 1856, following a war correspondents' movement to honour the common soldier. The medal is composed of bronze salvaged from a Crimean War cannon. Before its inception, only senior officers could receive medals for bravery. Today, more than 1,300 Victoria Crosses have been given to servicewomen and men for outstanding acts of bravery.

This 2019 Cupro-Nickel five-coin set is a fitting homage to British Military History within the '50th Anniversary of the 50 pence' collection. The perfect gift for those who have served or have relatives who have served in the British armed forces.

This five-coin collection was minted at The Royal Mint, which is the designated place for the UK to mint coins. It dates back well over 1,000 years with a long-standing tradition of honoring Britain's military past.

As one of the world's leading Mints, it produces currency for over 60 countries. The Royal Mint first moved to the Tower of London in 1279 and remained there for over 500 years. When decimalisation was introduced in 1971, all The Royal Mint's coin production was relocated to Llantrisant, Wales. Its newer Welsh location features a state-of-the-art visitor centre open to the public where you can see the engravers work their magic! 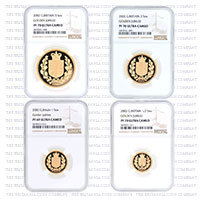