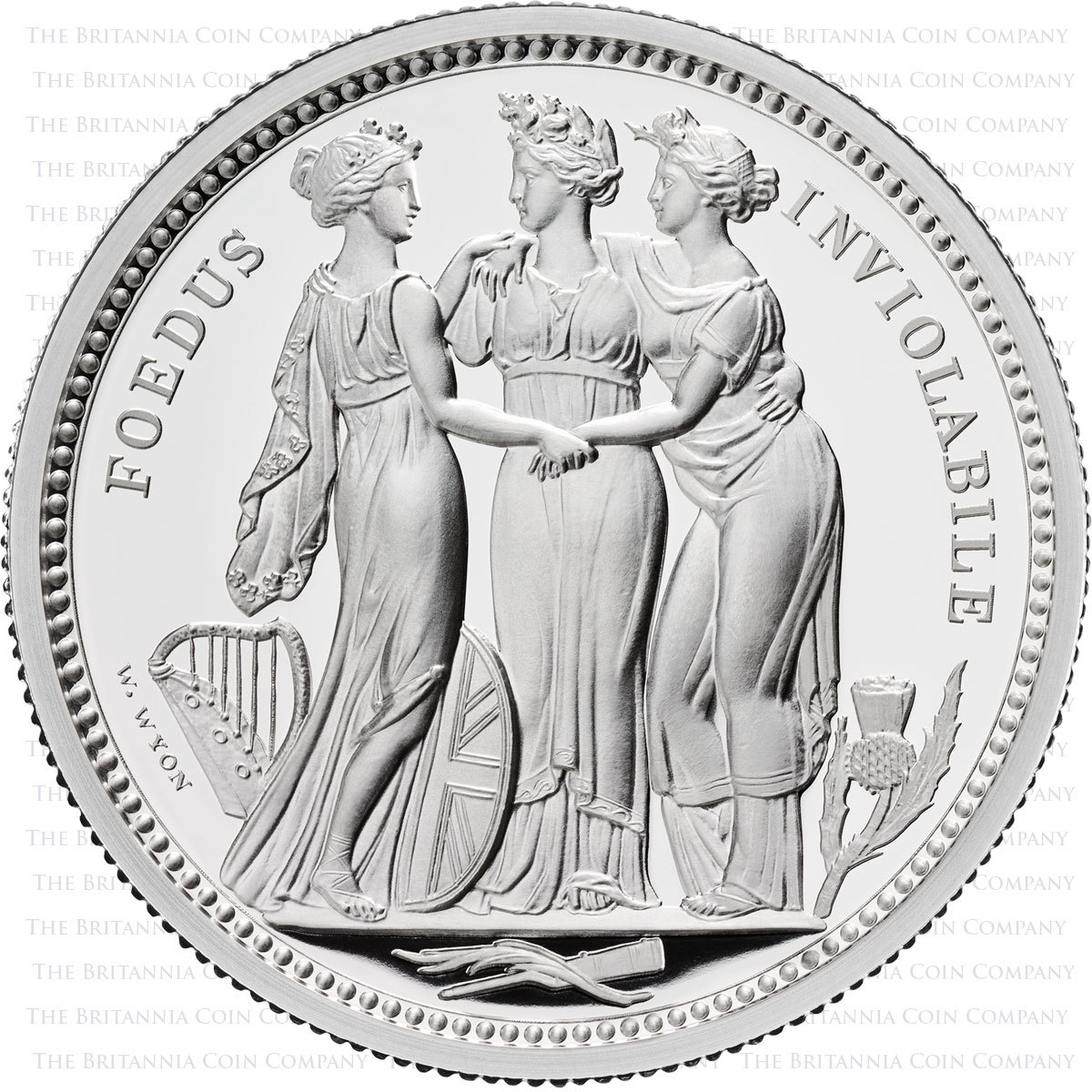 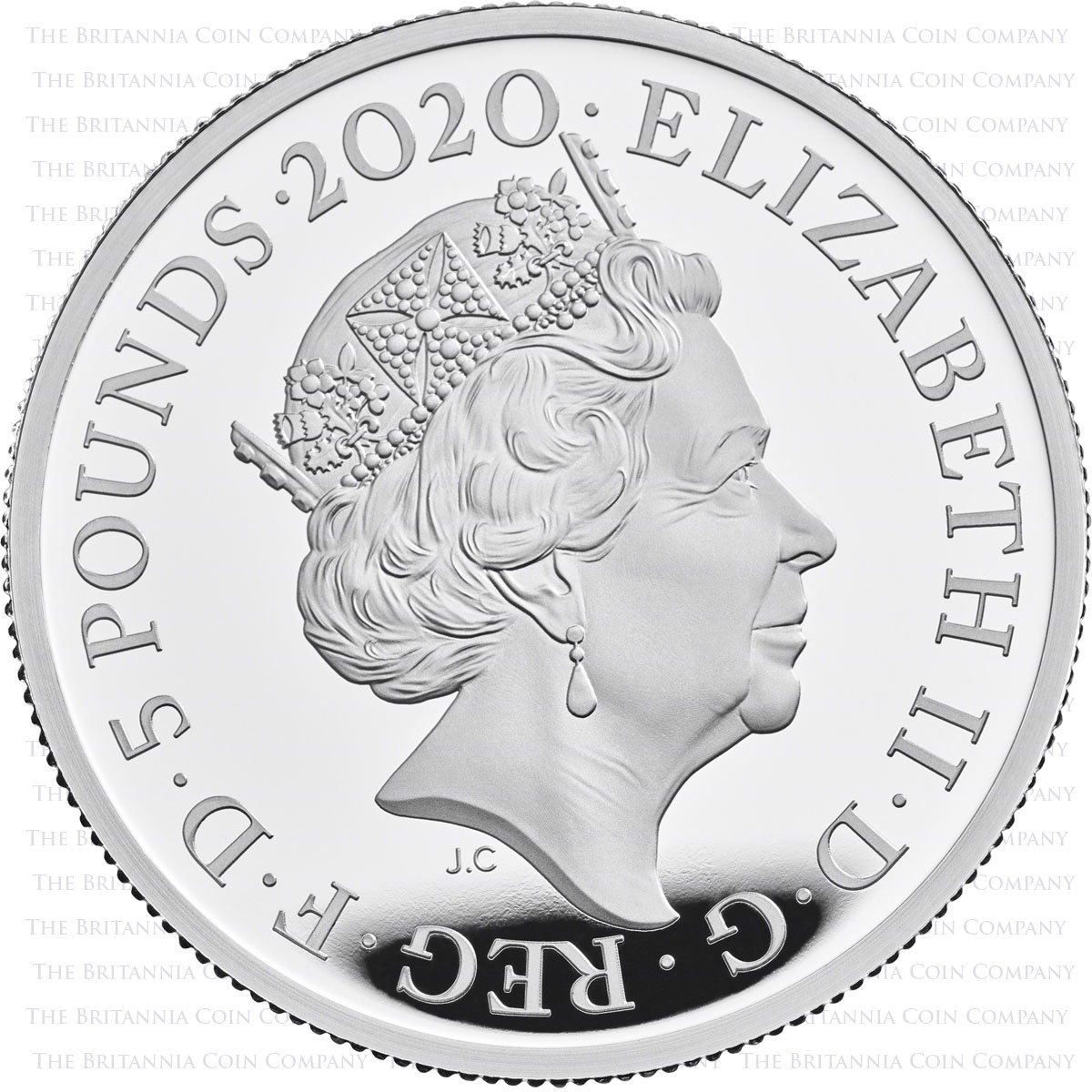 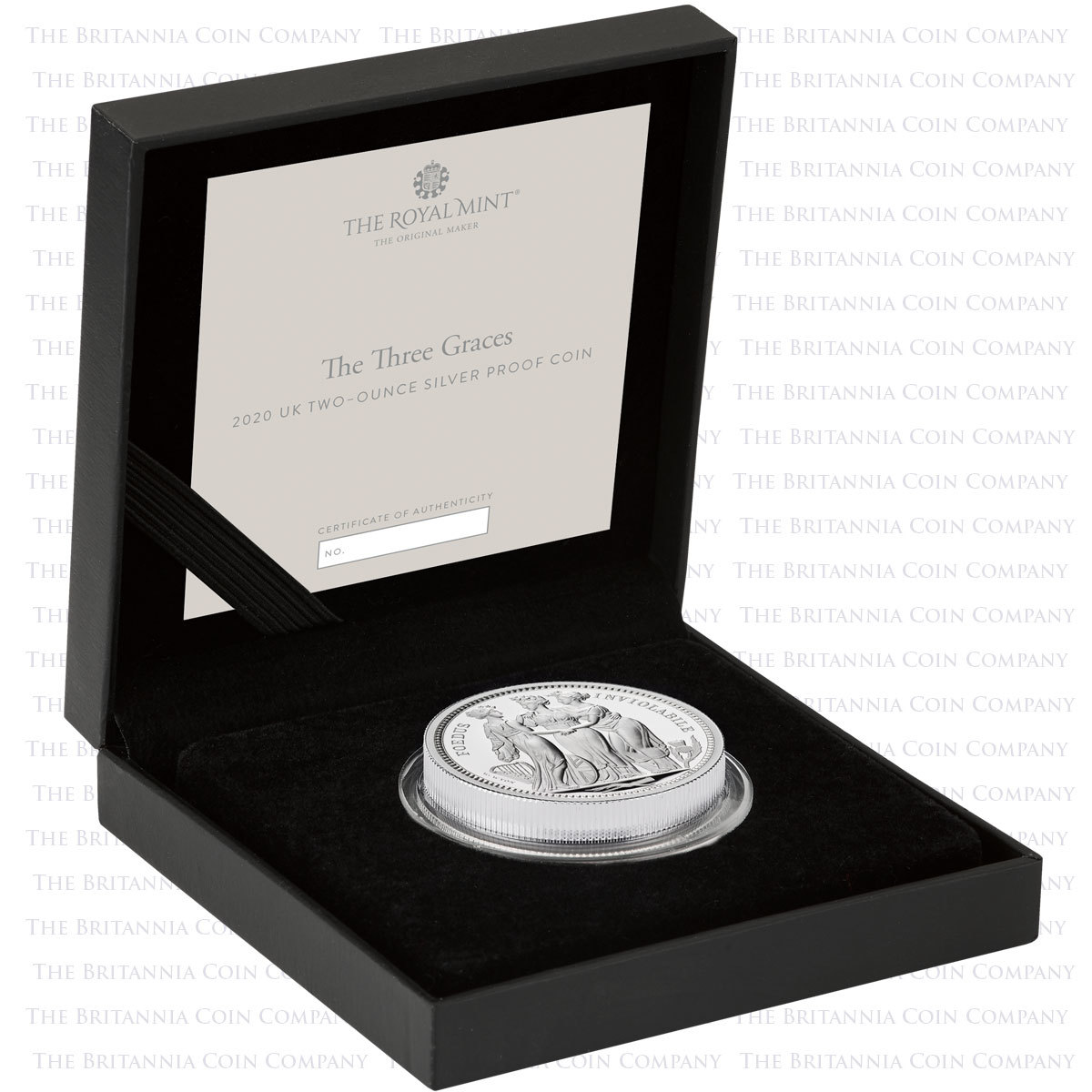 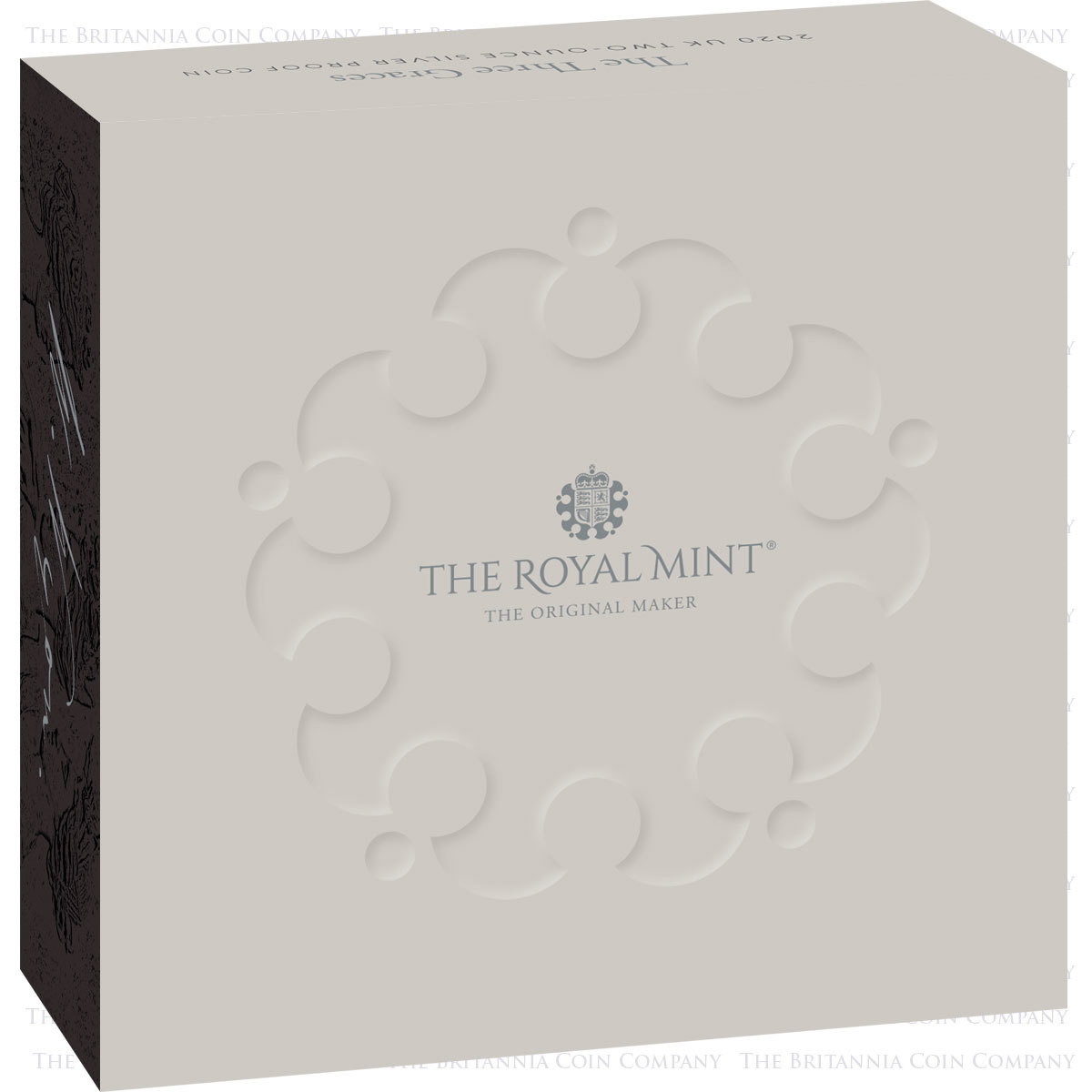 from
£1,350.00
List Price: £1,850.00
Remastered for 2020, the iconic Three Graces pattern, first struck in 1817, shines on this Silver Proof addition to the Royal Mint's landmark Great Engraver's series. The three exquisitely engraved female figures represent England, Scotland and Ireland, ascendant on the world stage in the aftermath of the Napoleonic Wars and the beginning of British military and industrial dominance. The elegant, classically-inspired design – an early masterpiece of Royal Mint engraver, William Wyon – is accompanied in this 2020 reissue by Jody Clark's portrait of Elizabeth II.
Quantity
Cost Per Unit
Starts From
1+
£1,350.00
£1,350.00
Track Product
You are not logged in. Please Login to track this product.
Description Summary About us

The 2oz Silver Proof Three Graces coin brings William Wyon's 1817 masterpiece to a modern audience of collectors and investors. But why has the Royal Mint minted this iconic design again? And what makes it so special?

The 2oz Silver Proof Three Graces is part of The Royal Mint's highly sought-after Great Engravers series. Launched in 2019, Great Engravers celebrates the greatest artists to have worked on British coinage through reissues of their most memorable works. A new design is released annually.

The inaugural issue in the Great Engravers series, 2019's Una and the Lion, also featured an iconic reverse created by William Wyon. First struck in 1839 during the early years of Queen Victoria's reign, Una and the Lion has long been regarded as among the most beautiful coins in the world.

Like its predecessor, 2020's addition to the Great Engravers series – the Three Graces – is a timeless nineteenth-century design. Cutting-edge, twenty-first century technology comes together with the enduring skills of the Royal Mint's master craftsmen to make a striking and collectable coin.

The 2oz Silver Proof Three Graces coin revitalises a design first struck in 1817. The reverse features three female figures, representing Ireland, England and Scotland. The implements at their feet are symbols of their homelands: a harp, a thistle and a shield bearing St George's cross.

This charming engraving is an idealised representation of the relationship between the three nations, which in the nineteenth-century were unified as the United Kingdom of Great Britain and Ireland. Tiny roses, shamrocks and thistles in the women's crowns cement the women's identities.

Below the figures of the Three Graces are two additional objects: a rudder and a palm frond. The palm indicates both victory and peace and the rudder reminds us of British naval supremacy: both points of immense national pride in the years following British victory in the Napoleonic Wars.

The original Three Graces is the work of renown Royal Mint engraver William Wyon (1795 – 1851). Born into a family of engravers, he demonstrated his talent from a young age, winning Royal Academy competitions and attracting considerable attention on the London Art scene.

In 1816, William Wyon was appointed to the post of Second Engraver to the Royal Mint, working under his cousin, Thomas Wyon Junior, then Chief Engraver. Though busy with official commissions, William engraved the Three Graces in his spare time, minting it as a pattern coin in 1817.

William Wyon would himself be appointed Chief Engraver to the Royal Mint in 1828. He is remembered for his impressive output including the ‘Young Head' of Queen Victoria – much loved by the monarch – and the gorgeous Una and the Lion. The Three Graces is an early masterpiece.

The Three Graces shows the influence of a trend that dominated European visual and decorative arts in the early nineteenth century: Neoclassicism. Influenced by the culture, stories and style of Ancient Greece and Rome, proponents of Neoclassicism favoured simple, symmetrical, clean-lined designs.

Neoclassicism had an impact on everything from fashion to architecture. Famous proponents included painters Jacques-Louis David and Jean Auguste Dominique Ingres and the sculptor, Antonio Canova. The Three Graces coin has similarities to a sculpture by the same name, crafted by Canova.

Depicting the three charities of ancient mythology – Euphrosyne, Aglaea and Thalia – Canova's work tackled a subject that was popular at the time. Wyon's 1817 coin evokes the same Greek stories but cleverly uses the trio to symbolise England, Scotland and Ireland too.

The original nineteenth-century Three Graces coin featured on its obverse a remarkable, high-relief effigy of George III, quite different from that which appeared on contemporary circulating coinage. This design, also the work of William Wyon expressed his dislike of the portrait then in use.

For its reissue as part of the Great Engravers series, the Three Graces design has been paired with the current coin portrait of Elizabeth II. The effigy, the fifth such to appear on British coins, is the work of Jody Clark, a Royal Mint designer like William Wyon.

Original nineteenth-century strikings of the Three Graces were pattern coins, only around 50 of which survive. When they come to the market they achieve significant prices. In January 2020, for instance, a silver proof pattern example sold for $156,000 (approximately £120,000).

The Royal Mint 2020 Great Engravers reissue of the Three Graces will allow more collectors to own this piece of coinage history. Available in a range of denominations and metals, there is a 2020 Three Graces coin or set for every budget though all are available in limited numbers.

Based in Royal Wootton Bassett, Wiltshire, well know for its role in the repatriation of fallen soldiers, the Britannia Coin Company has been trading since 2008. We offer exceptional service and unbeatable value to our buyers via our website, over the phone and in our High Street showroom.

We're excited to share our industry know-how and help you acquire this new and beautiful coin.