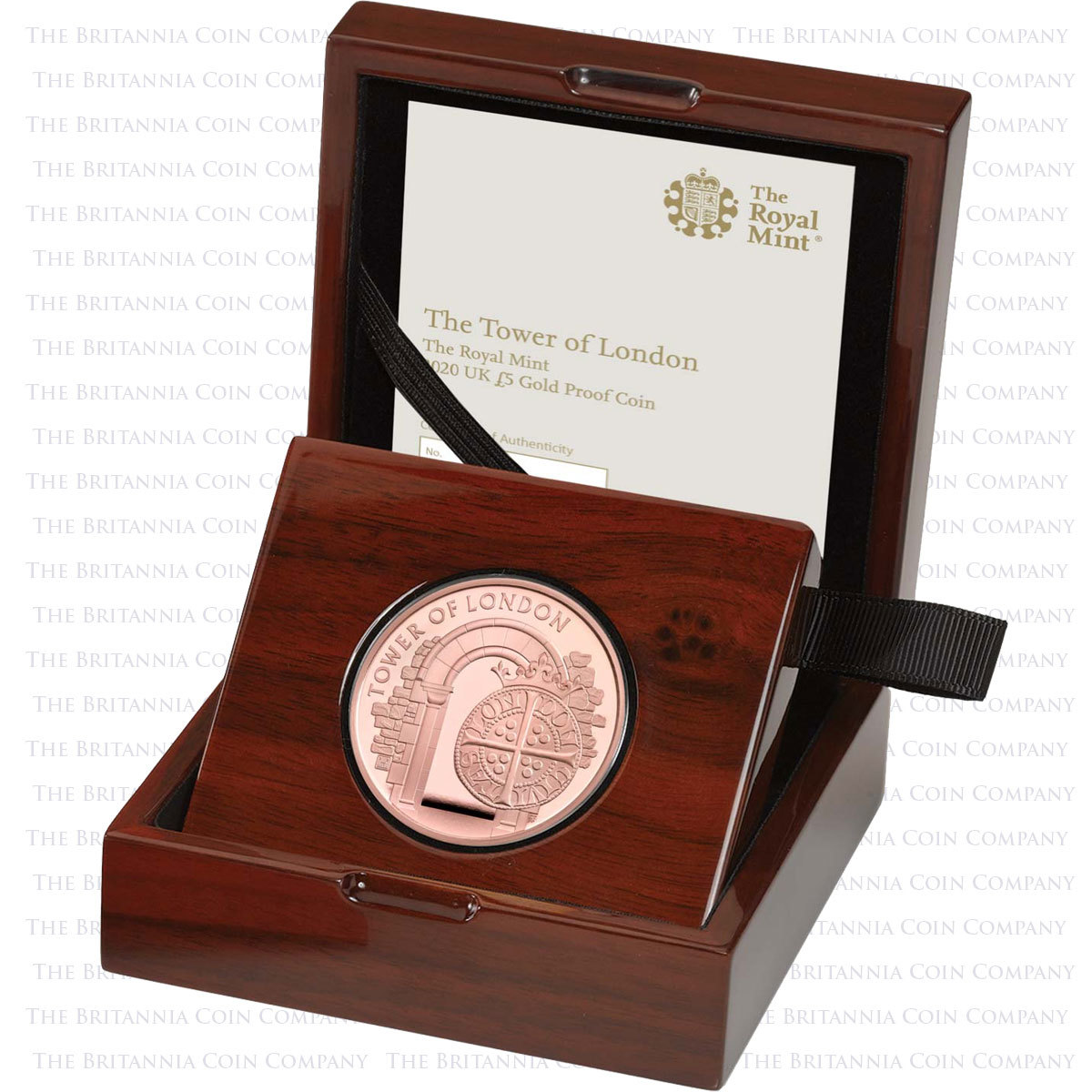 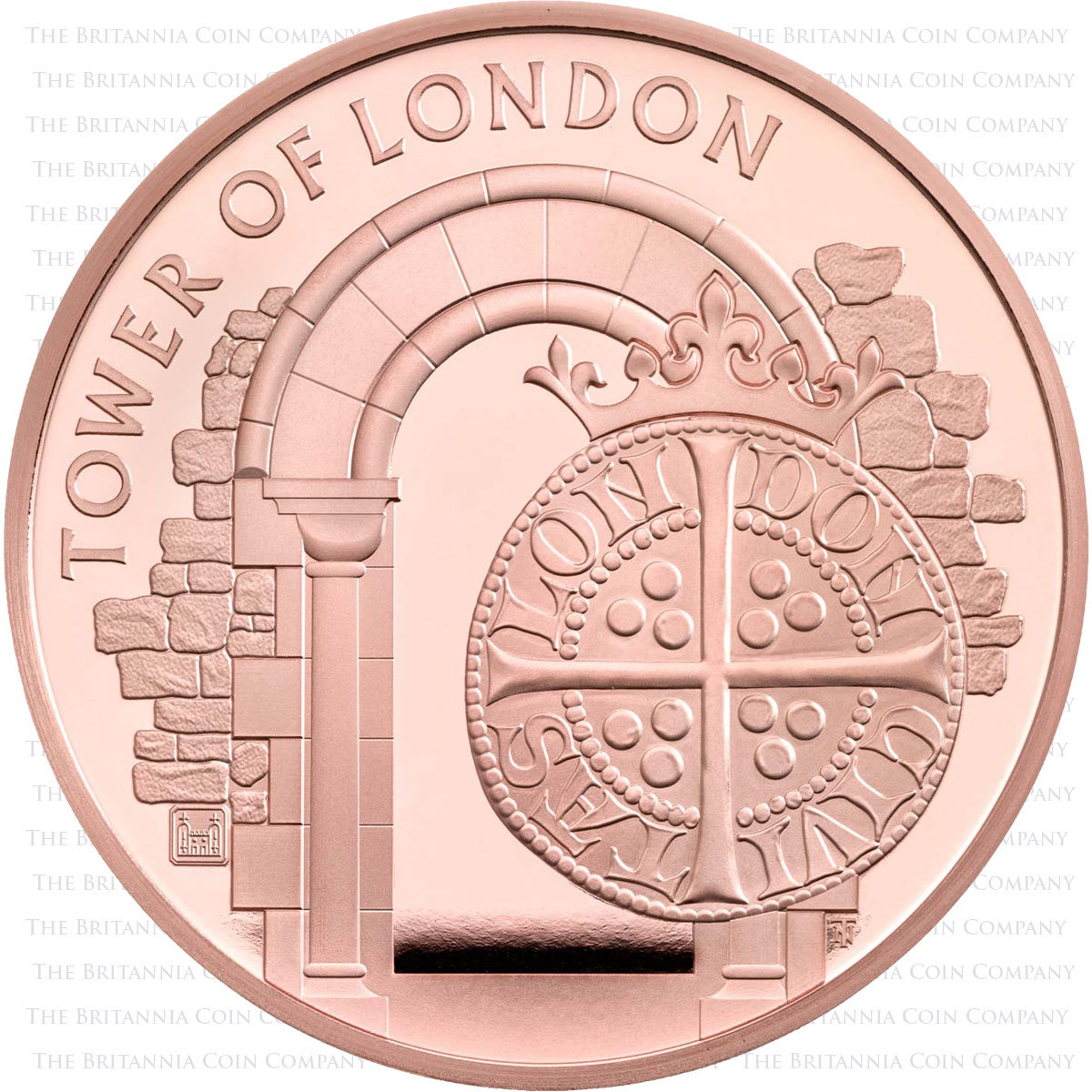 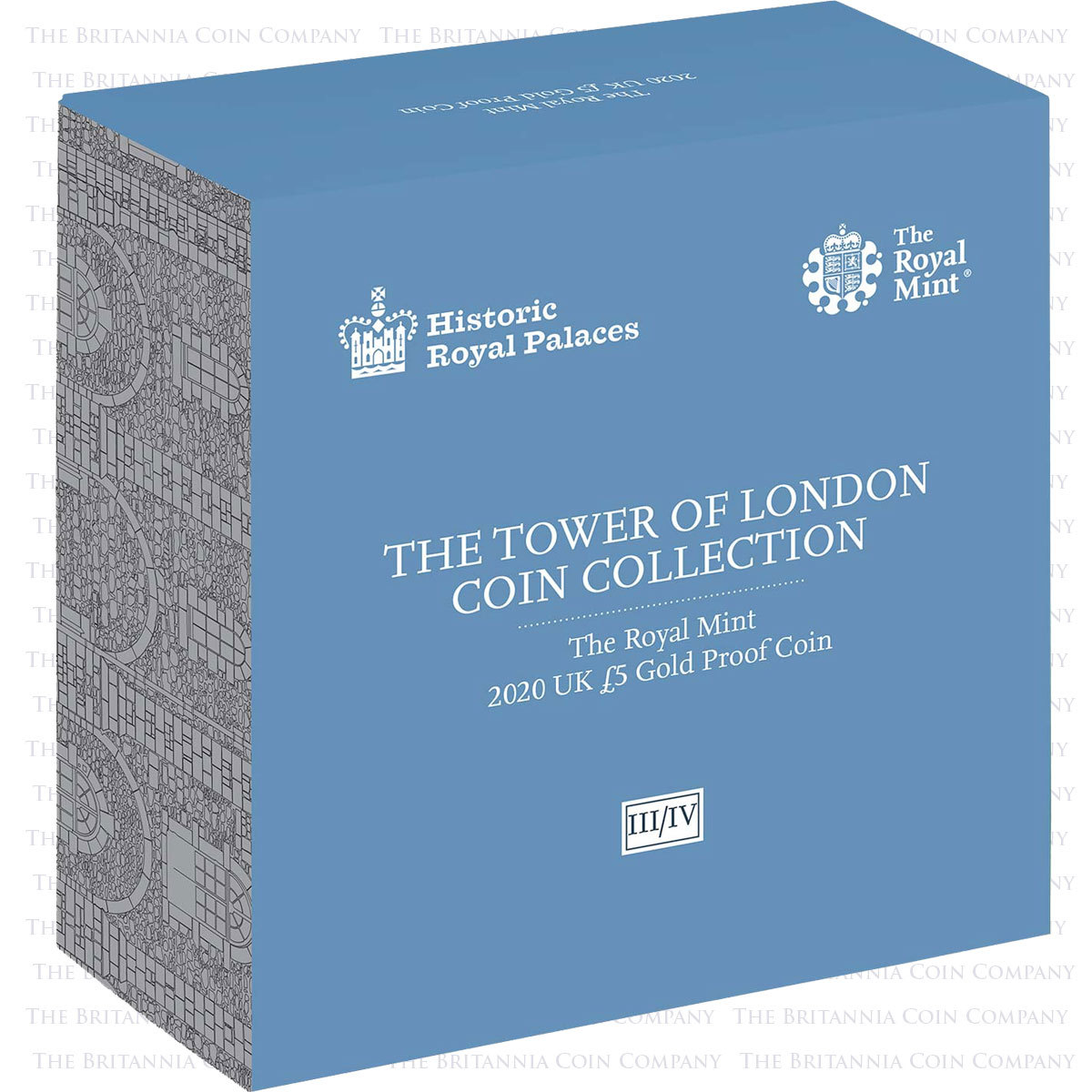 from
£3,250.00
(VAT Exempt)
Sold out on The Royal Mint website: this addition to the Tower of London Coin Collection is from a limited presentation issue of just 125. The third in the series, this Five Pound coin celebrates the The Royal Mint which was originally based in the Tower of London. Struck to proof standard in 39.94 grams of 22 carat gold (that’s 91.67% pure). Featuring a reverse designed by Timothy Noad, inspired by the first pennies struck at the Tower during the reign of Edward I. This coin is offered in its original packaging from The Royal Mint with an information booklet and certificate of authenticity.
Log in to get notified when this product is back in stock.
Track Product
You are not logged in. Please Login to track this product.
Description Summary Specification Royal Mint About us

An attractive addition to the Tower of London Collection, celebrating the history of The Royal Mint on a 22 carat Gold Proof Five Pound coin.

The second collection in a popular collaboration between The Royal Mint and Historic Royal Palaces, the 2020 Tower of London Collection celebrates the proud connection between the Tower and the history of coin production.

Four designs were released as part of the 2020 Collection: The Infamous Prison, The White Tower, The Royal Menagerie and The Royal Mint. Coins in this collectible series have been released in Gold Proof - like this example - as well as Brilliant Uncirculated and Silver Proof editions.

Noad's design for the 2020 Tower of London The Royal Mint £5 Gold Proof Crown features the image of another coin: an Edward I penny.

Edward the First centralised English minting activity at the Tower of London around the year 1279. Among the first coins struck in the security of the Tower were these silver pennies, featuring a distinctive cross reverse and the legend ‘CIVITAS LONDON'.

On Noad's reverse the penny appears crowned in front of a Norman arched window: a hallmark of the 2020 Tower of London Collection and a distinctive feature of the Tower's architecture.

This subtle, clean-lined design is paired with Jody Clark's definitive portrait of Elizabeth II to the obverse. The edge of this 2020 Gold Proof coin reads ‘THE ROYAL MINT'.

The 2020 Tower of London The Royal Mint £5 Gold Proof Crown is an elegant celebration of the Tower of London's long and storied history. Struck to finest proof standard on a 38.61 millimetre surface, this Five Pound coin is the best was to appreciate Noad's design.

Whether the 2020 Tower of London The Royal Mint £5 Gold Proof Crown completes your collection of Tower of London coins or represents your first purchase, we think this is an excellent addition.

This series reminds us of everything we love about collectible coins from The Royal Mint: a rich history, great designs from top artists and an unmatched attention to detail. As one of only 125 issued, its worth picking this piece up now.

Your 2020 Tower of London The Royal Mint £5 Gold Proof Crown comes in its original The Royal Mint presentation box with an informative booklet and a numbered certificate of authenticity.