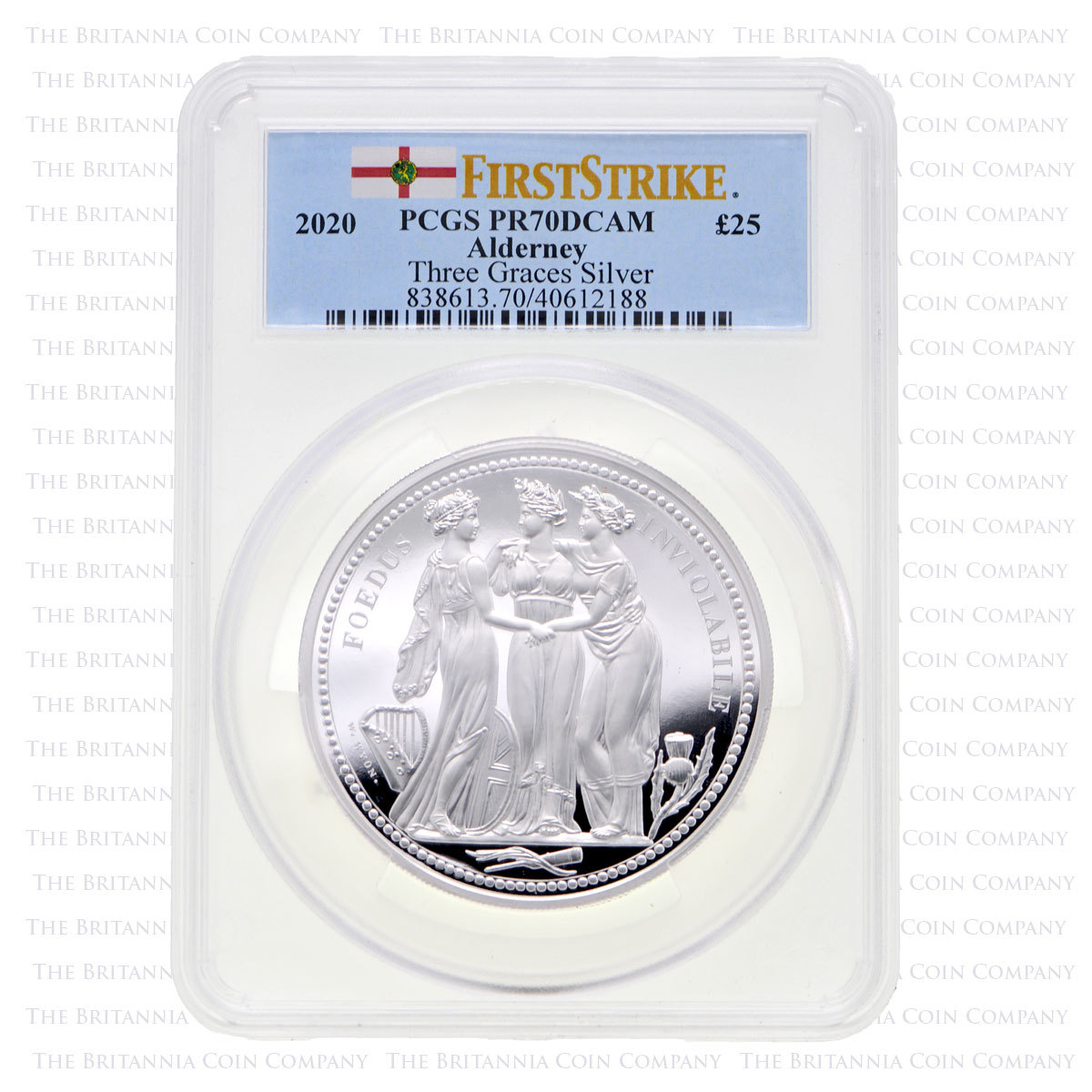 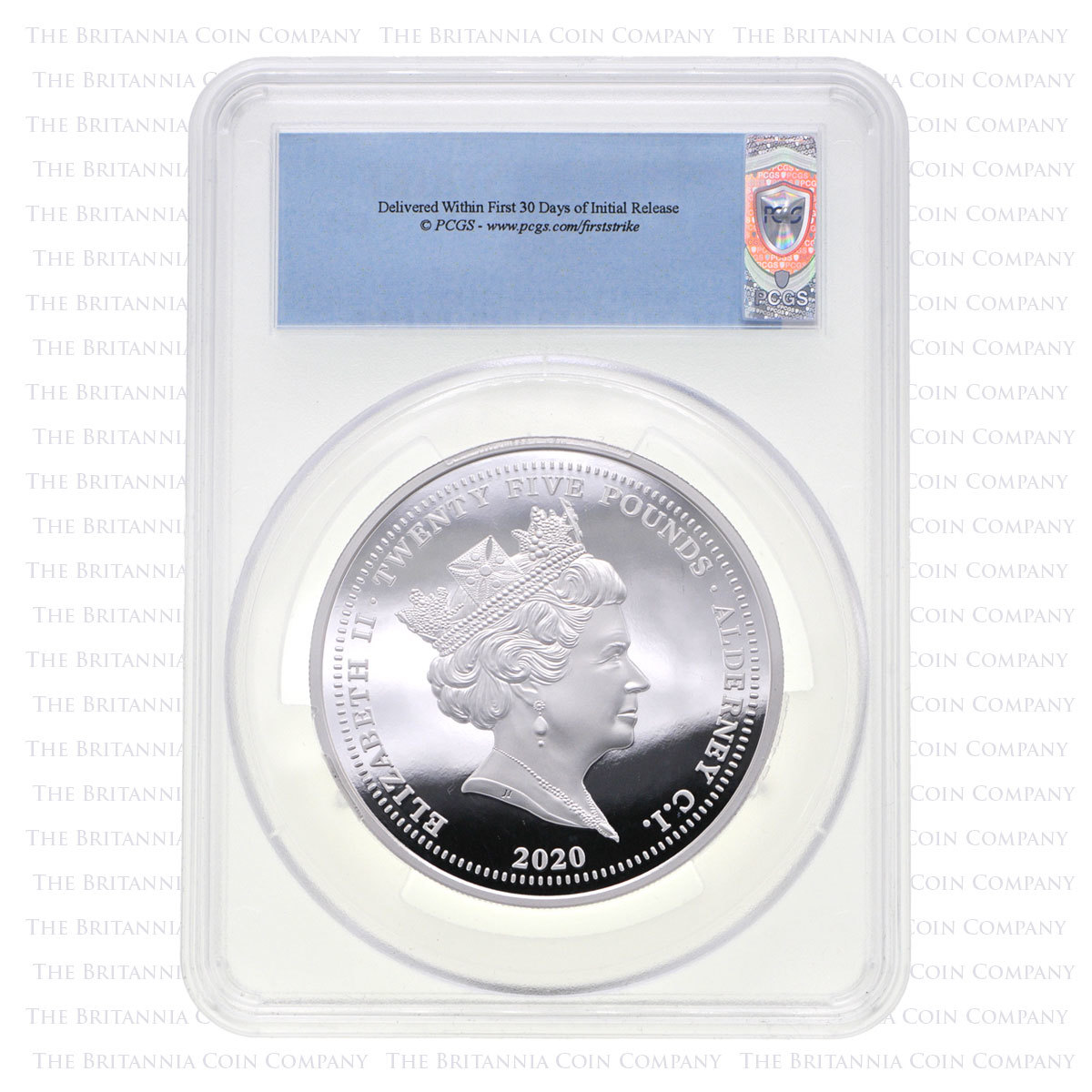 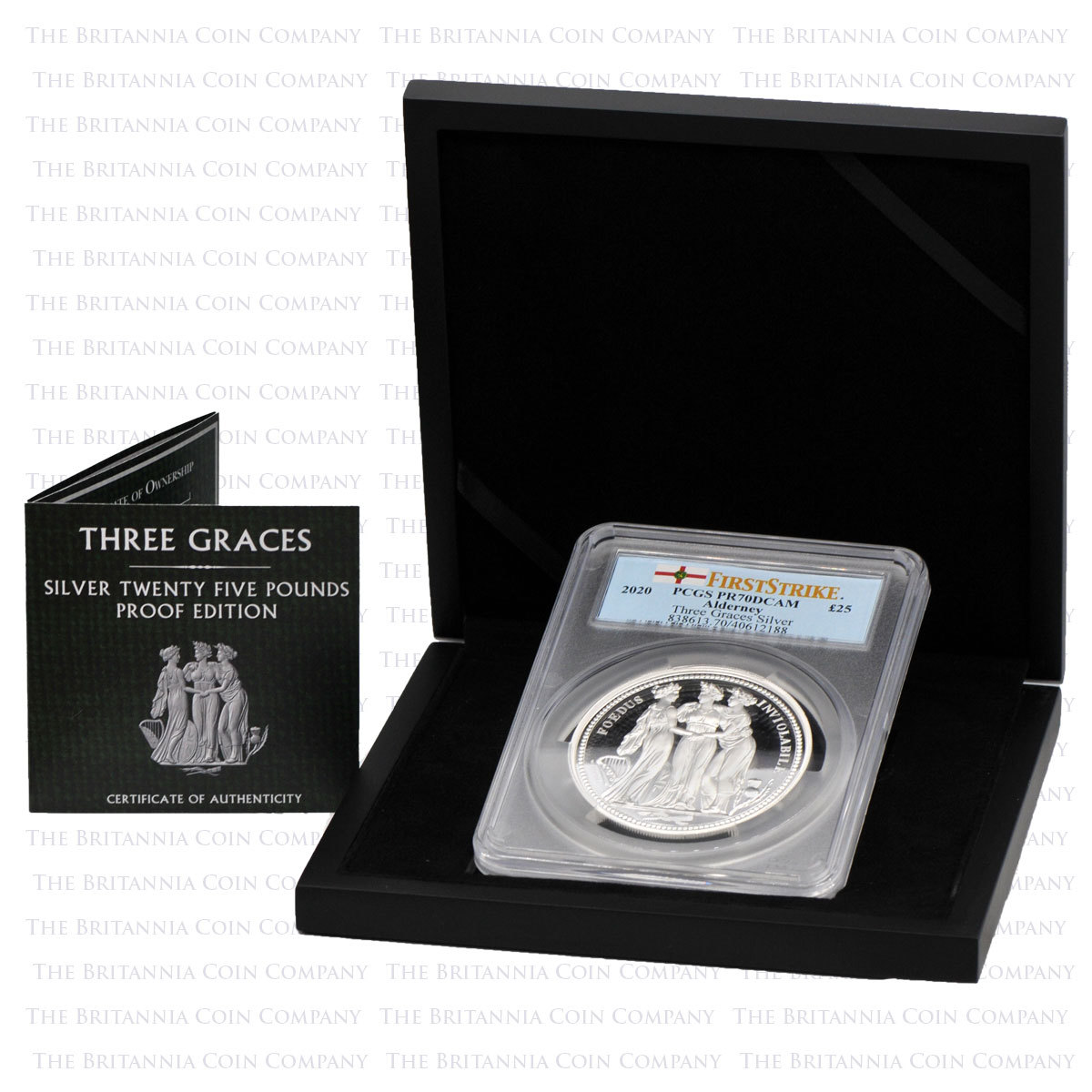 An impeccable replica of the original design, created by the renowned engraver William Wyon, early in his decorated career with The Royal Mint. The Three Graces is both exquisite and highly collectable.

Produced late in the reign of George III, crafted during a momentous moment in the history of British coinage.

Encircled by the motto "FOEDUS INVIOLABILE" (Inviolable or Unbreakable League) stand three female figures, dressed in classical style. The implements at their feet - a harp, a shield bearing the cross of St. George and an oversized thistle - give clues as to their identities.

Shamrocks, roses and more thistles can also be seen. These details identify the trio as representations of Ireland, England and Scotland.

England, or maybe we should call her Britannia, is perhaps the elder sister, standing taller than the other women who look at her with affection. This is an idealised representation of the union between the three nations, formed as the United Kingdom of Great Britain and Ireland in 1801.

According to Greek mythology, The Three Graces were the daughters of Zeus (father of gods and men) and his wife, Eurynome (mother of all things). The Graces were also known as The Charites - derived from the Greek word charis, meaning grace.

The Graces bestowed joy, goodwill and well-being to the world and represented admirable qualities revered by the ancient Greeks. Each personifies beauty, charm and joy and together they symbolise the power of unity and support - all of all which are still valued in our modern world.

We're the Britannia Coin Company: offering exceptional service and unbeatable value to all those who collect and invest in coins. Part of Gold-Traders (UK) Ltd, we've earned a world-class reputation over more than a decade of buying and selling currency from new issues to ancient coins.

All Gold, Silver, Platinum and Palladium coins we sell are 100% guaranteed authentic and, where appropriate, are individually certified. We're members of the British Numismatic Trade Association (BNTA) and pride ourselves on our honesty, integrity and expertise: just read some of our reviews.

Our prices include fully insured UK delivery. Your purchase is covered from the moment you buy until it's in your hands. Orders are packed with care, tracked every step of the way, and require signature on receipt to ensure a safe delivery experience.

Our new showroom, opened in 2020, is located in the heart of Royal Wootton Bassett in the former HSBC Bank building. You can view our stock as well as jewellery and collectibles from several local antique dealers. Look out for the Old Bank Antiques sign and come on in.