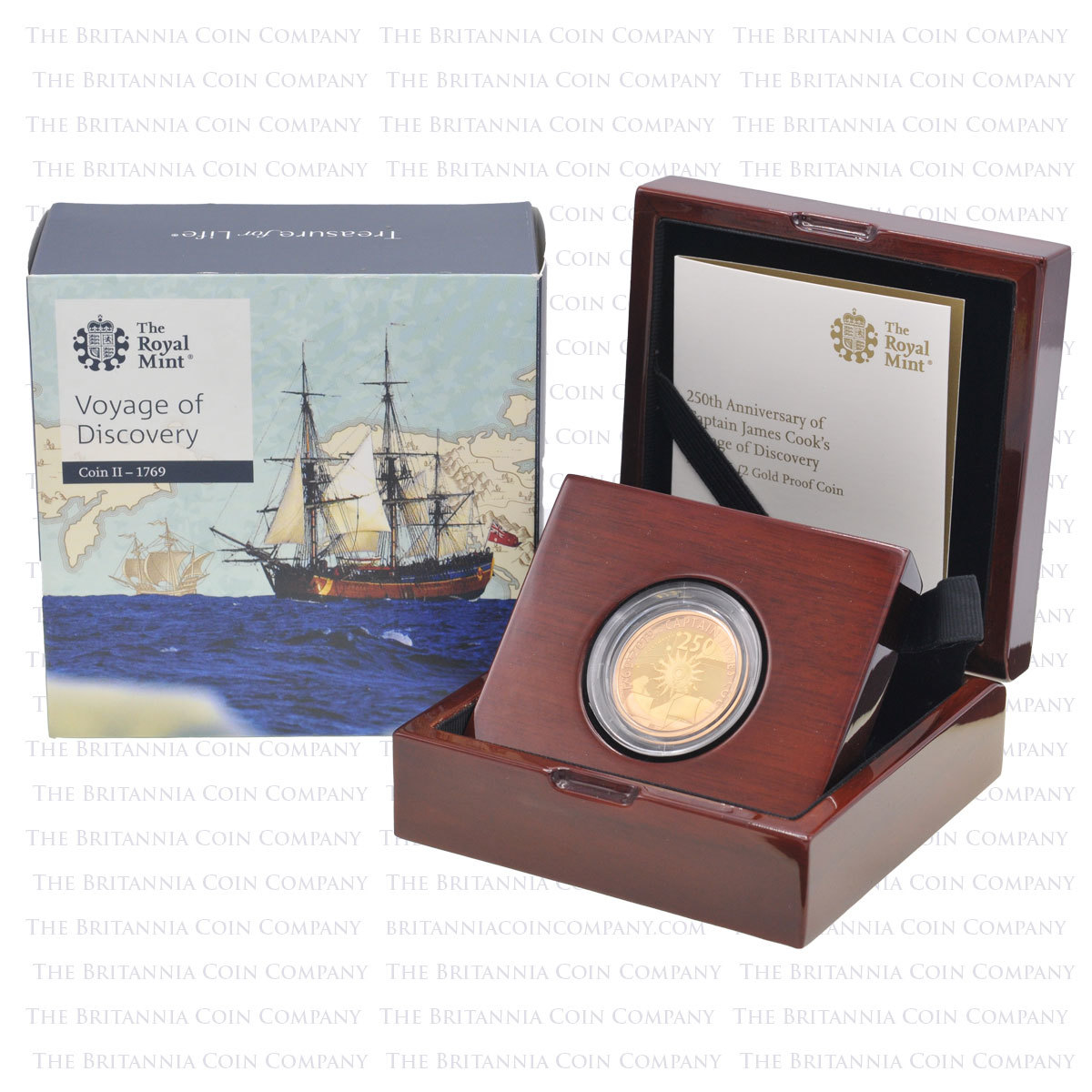 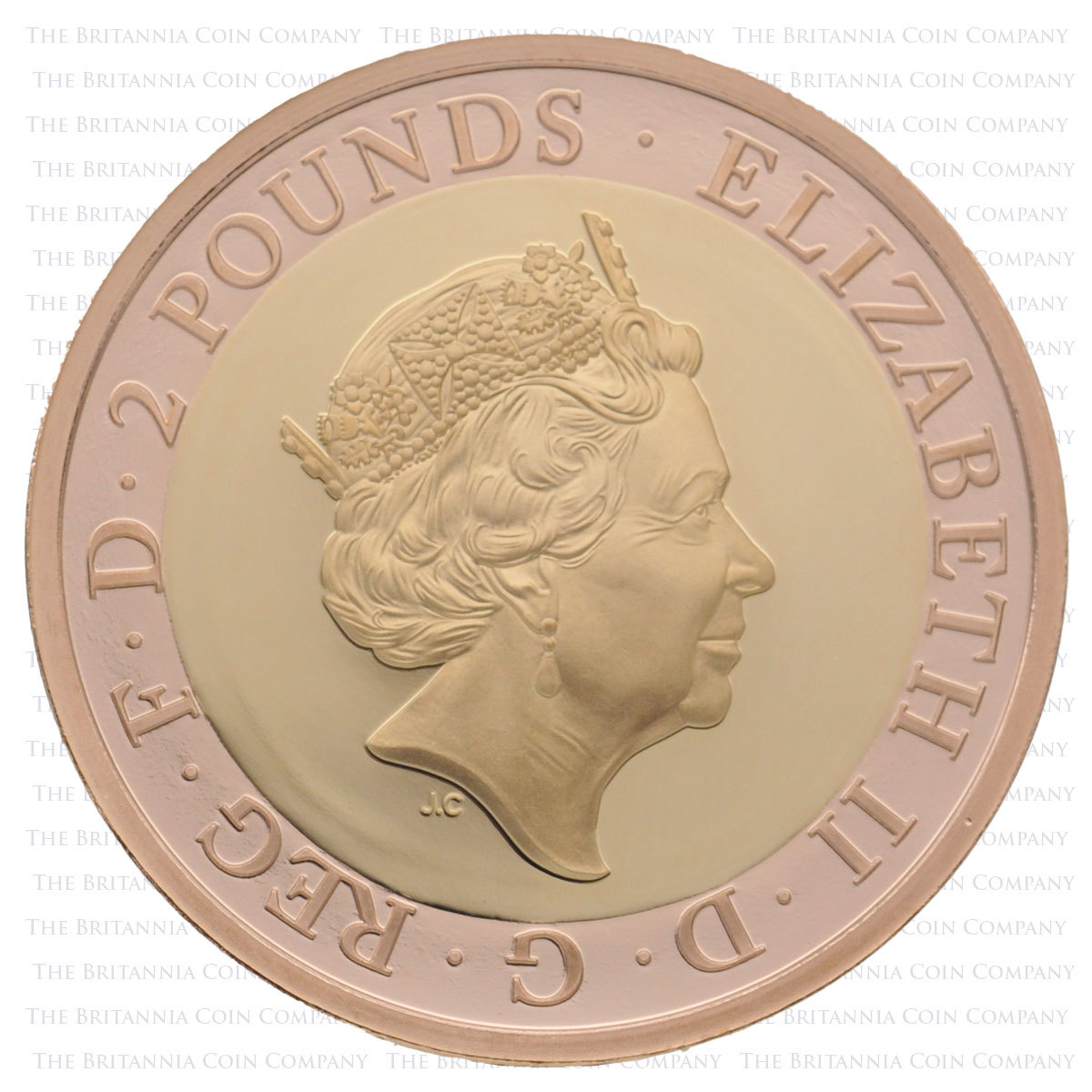 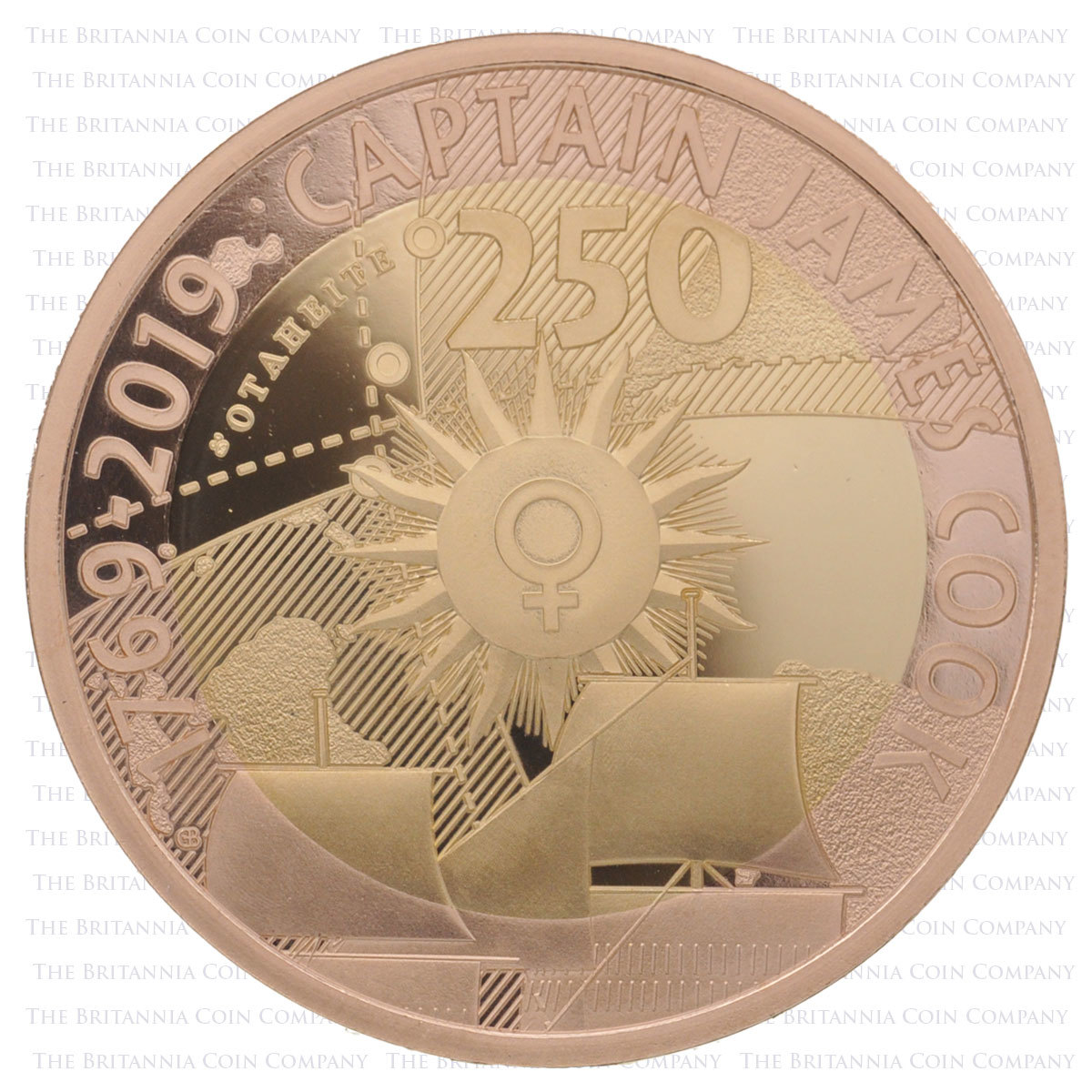 £1,250.00
(VAT Exempt)
The second in a three-coin series from The Royal Mint, this Two Pound coin celebrates 250 years since Captain James Cook arrived on Tahiti to observe the transit of Venus. From a limited edition presentation of just 350, this two-tone 22 carat gold coin features an attractive reverse by Gary Breeze that forms as single image when viewed with other coins in the Voyage of Discovery Collection. With a total weight of 15.97 grams, this collectible piece is both VAT and Capital Gains Tax exempt. Presented in its original case from The Royal Mint with a numbered certificate of authenticity.
Quantity
Cost Per Unit
Starts From
1+
£1,250.00
£1,250.00
Track Product
You are not logged in. Please Login to track this product.
Description Summary Specification Royal Mint About us

250 years on from Captain Cook's arrival in Tahiti, The Royal Mint celebrates with a Two pound Gold Proof coin, designed by Gary Breeze.

Tahiti and the Transit of Venus

This 2019 coin is the second in a three-coin series, celebrating the first voyage of British explorer, Captain James Cook. The 2019 Captain Cook Voyage of Discovery Coin II 1769 £2 Gold Proof marks 250 years since Cook and a team of naturalists reached Tahiti in the Pacific Ocean.

A combined Royal Navy and Royal Society expedition, the purpose of this voyage was to observe the June 1769 transit of Venus across the Sun. Data collected by Cook and a team of naturalists would be used to determine the distance between earth and the sun.

The reverse of the 2019 Captain Cook Voyage of Discovery Coin II 1769 £2 Gold Proof is the work of sculptor and designer Gary Breeze. His work features on all three coins in The Royal Mint's Captain Cook series. When viewed together, these Two Pound coins form a single image.

Breeze's design for the second coin in the series shows the graphical symbol for venus over a stylised sun: alluding to Cook's scientific mission. The sails of the HMS Endeavour - the ship Cook commanded on his voyage - feature at the bottom of the design. The legend around reads 'CAPTAIN JAMES COOK' with dates celebrating the 250th anniversary of the transit.

The Most Intrepid Investigator

Translated this reads 'the most intrepid investigator of the seas'. The same legend was inscribed on a medal struck by the Royal Society in 1784, commemorating Captain Cook's contributions to science.

Breeze's reverse is paired with Jody Clark's portrait of Elizabeth II, in use since 2015. The obverse bears the face value of this coin ('2 POUNDS'). As legal tender the 2019 Captain Cook Voyage of Discovery Coin II 1769 £2 Gold Proof is Capital Gains Tax exempt.

This Gold Proof coin is composed entirely of 22 carat gold but you'll notice a subtle two-tone effect on closer examination of this piece. The outer ring of the coin is a rose-gold tone, contrasting with the centre in yellow gold. As investment gold, the 15.97 grams of gold that this coin is composed of is VAT free in the UK.

If you got your hands on the first Gold Proof coin in The Royal Mint's three part Captain Cook collection, you will want to pick up this second piece. Only 350 2019 Captain Cook Voyage of Discovery Coin II 1769 £2 Gold Proof coins were issued, making this a highly collectible coin.

The 2019 Captain Cook Voyage of Discovery Coin II 1769 £2 Gold Proof is the ideal gift for the intrepid explorer in your life. Silver and Cupronickel coins have been issued with this design but you cannot beat Gold Proof if you want to enjoy this work in all its glory.