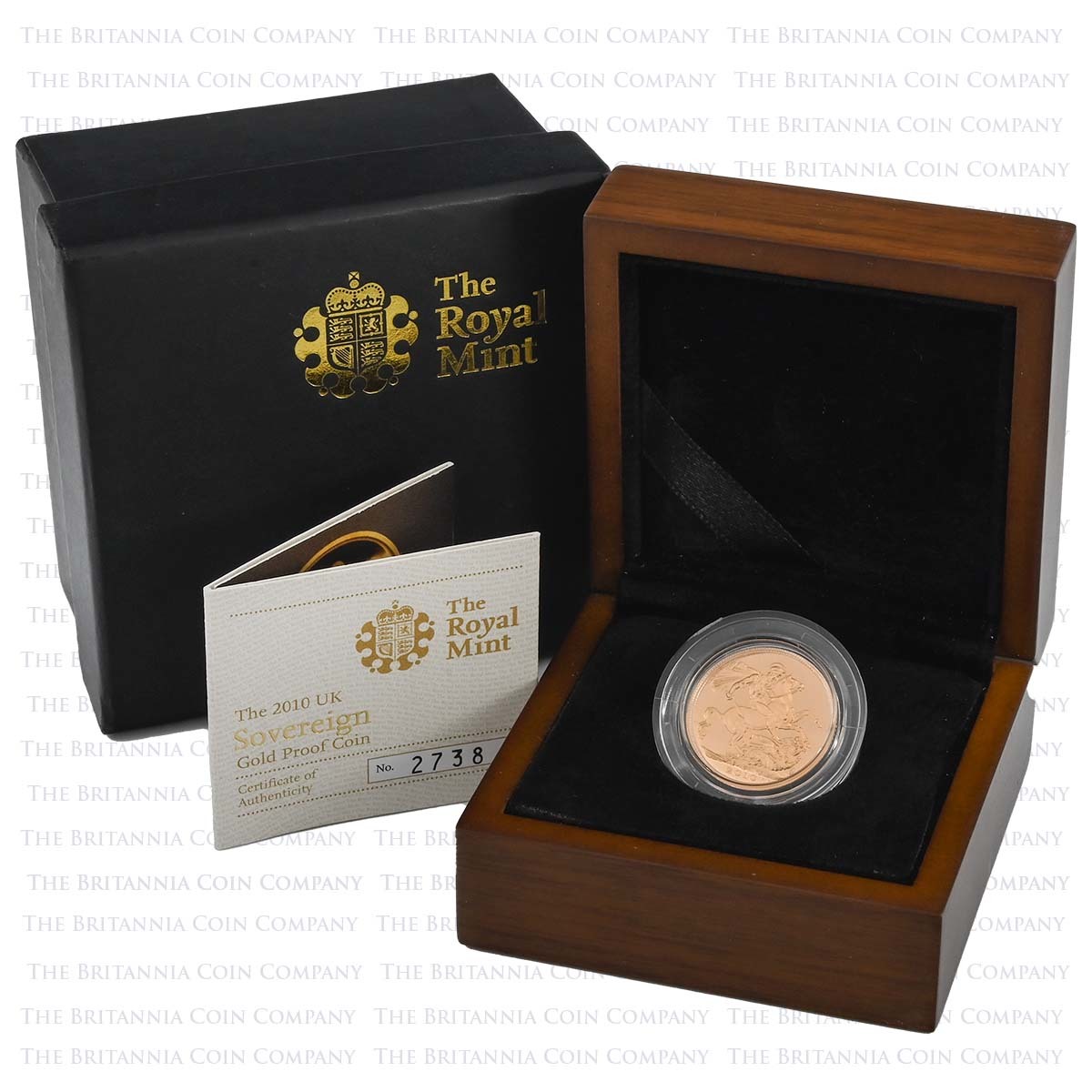 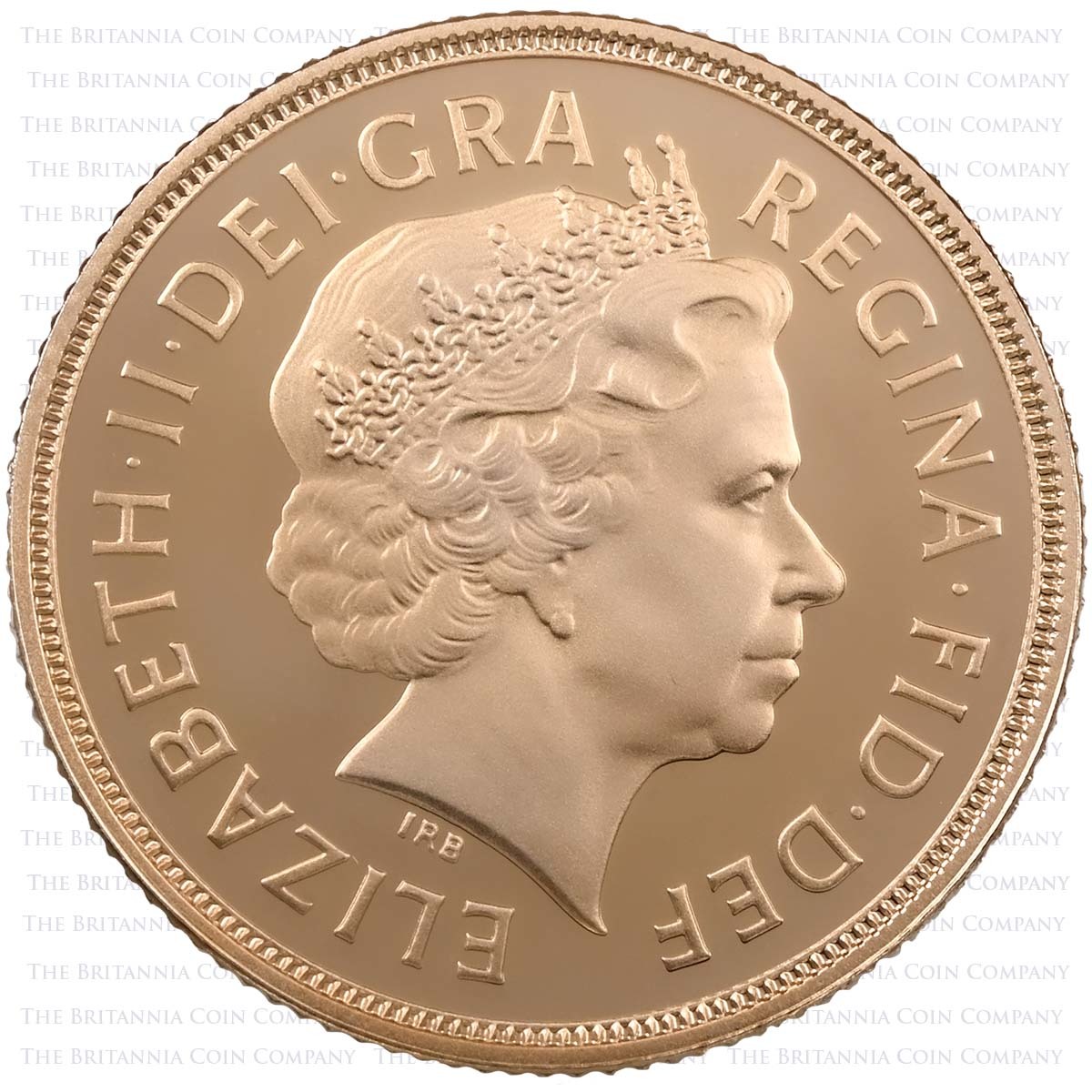 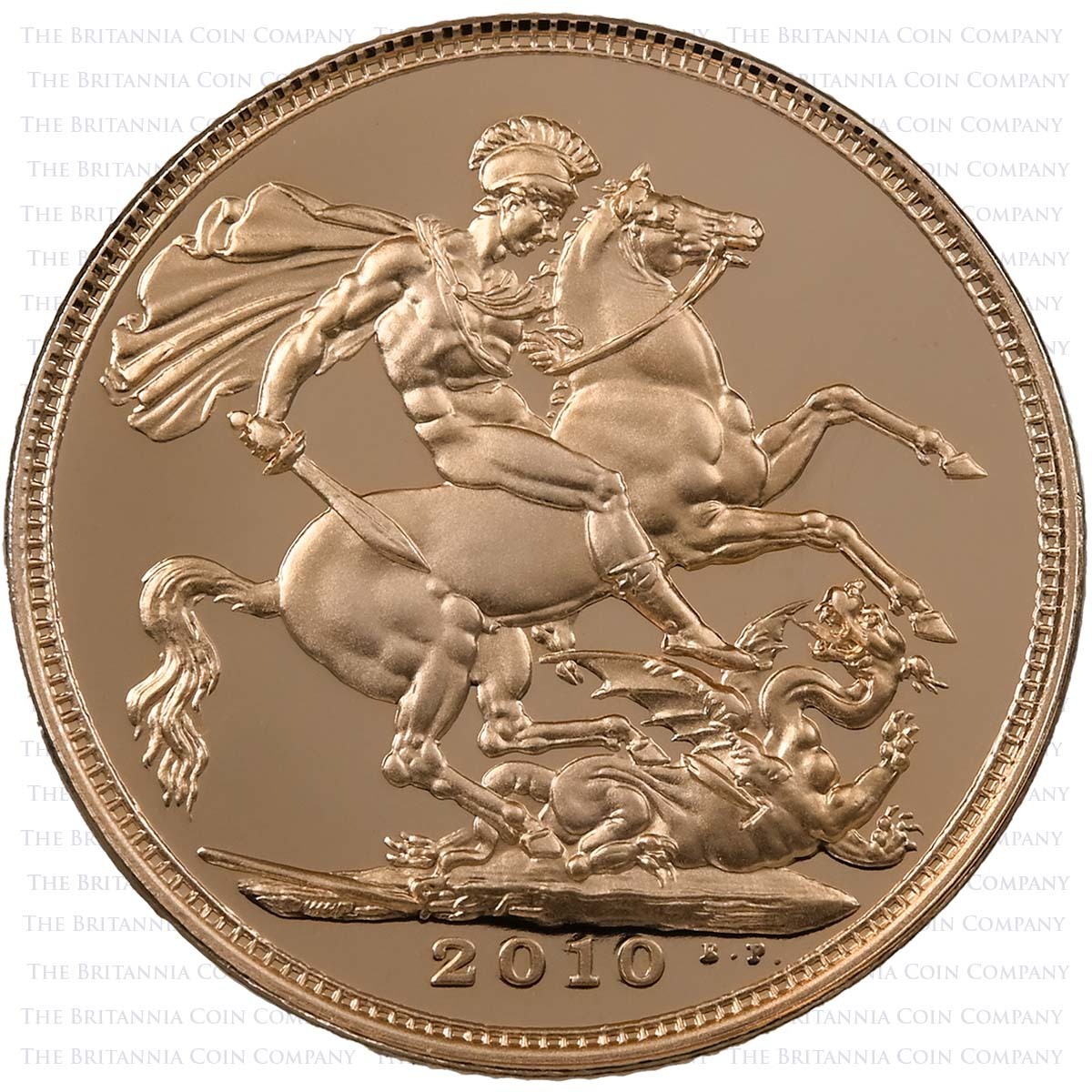 from
£495.00
(VAT Exempt)
Very low mintage gold proof 2010 British Sovereign from The Royal Mint. The earliest sovereigns were large hammered gold coins minted during the reign of king Henry VII, the first of the Tudors. The name was later revived for a milled coin, introduced in 1817 after a major overhaul of British coinage. These modern nineteenth century Sovereigns were issued with the face of George III to the obverse paired with a striking image of Saint George, slaying a dragon from horseback to the reverse, the work of Italian artist Benedetto Pistrucci. Gold Sovereigns have been minted under the auspices of every subsequent British monarch and many of those kings and queens have used the St George image for their coins. This edition features a portrait of our current queen, Elizabeth II by Ian Rank-Broadley - the fourth such effigy used on her money during her reign. You can appreciate this design and Pistrucci’s thanks to the fine proof finish. Intended for collectors, proof coins have more detail than their circulating and bullion counterparts thanks to multiple strikes of hand-prepared dies. In other regards this 2010 Sovereign corresponds to the standard specifications for this denomination: it’s composed of 7.98 grams of 22 carat gold, has a diameter of 22.05 millimetres and a milled edge. This example - one of just 6,809 offered in this year - is presented in its original capsule, case and card outer box from The Royal Mint with a numbered certificate of authenticity enclosed.
Log in to get notified when this product is back in stock.
Track Product
You are not logged in. Please Login to track this product.
Description Summary Investment Info Royal Mint About us

While bullion Sovereigns are minted in significant numbers by The Royal Mint each year, only a small number of proof coins are offered. Intended for collectors, proof coins have a high-definition, high-contrast finish, achieved with multiple strikes of hand-prepared dies. 2010 was a particularly low mintage year, the lowest of the 2000s decade. The finish is preserved by the original black velvet presentation box that this coin comes in. Also included: a numbered certificate of authenticity.

Only 6,809 proof Sovereigns were offered by The Royal Mint in 2010, not including those in sets.

Like all Sovereigns, this 2010 example is exempt from Capital Gains Tax as UK legal tender and free from VAT in the UK and EU as investment grade gold.