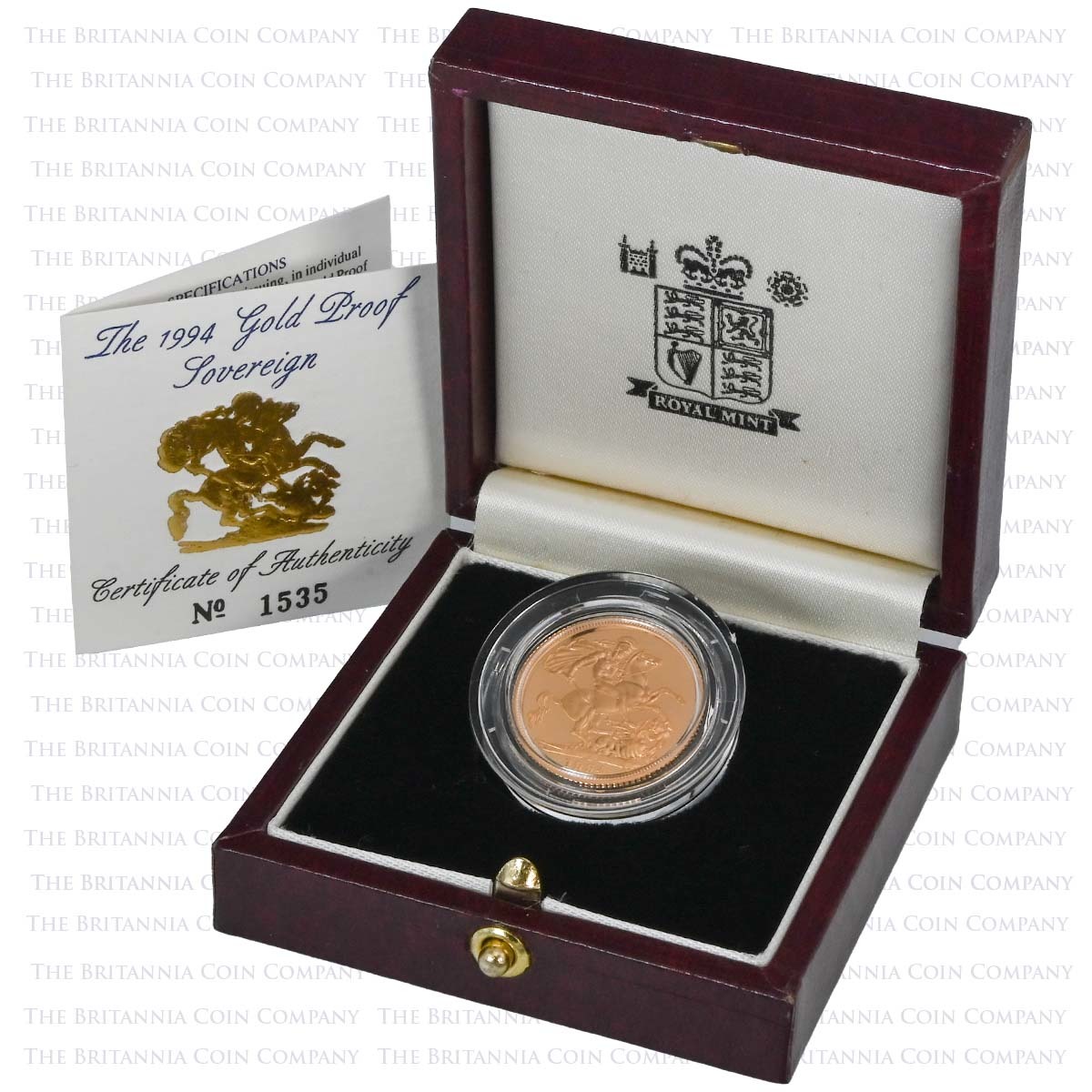 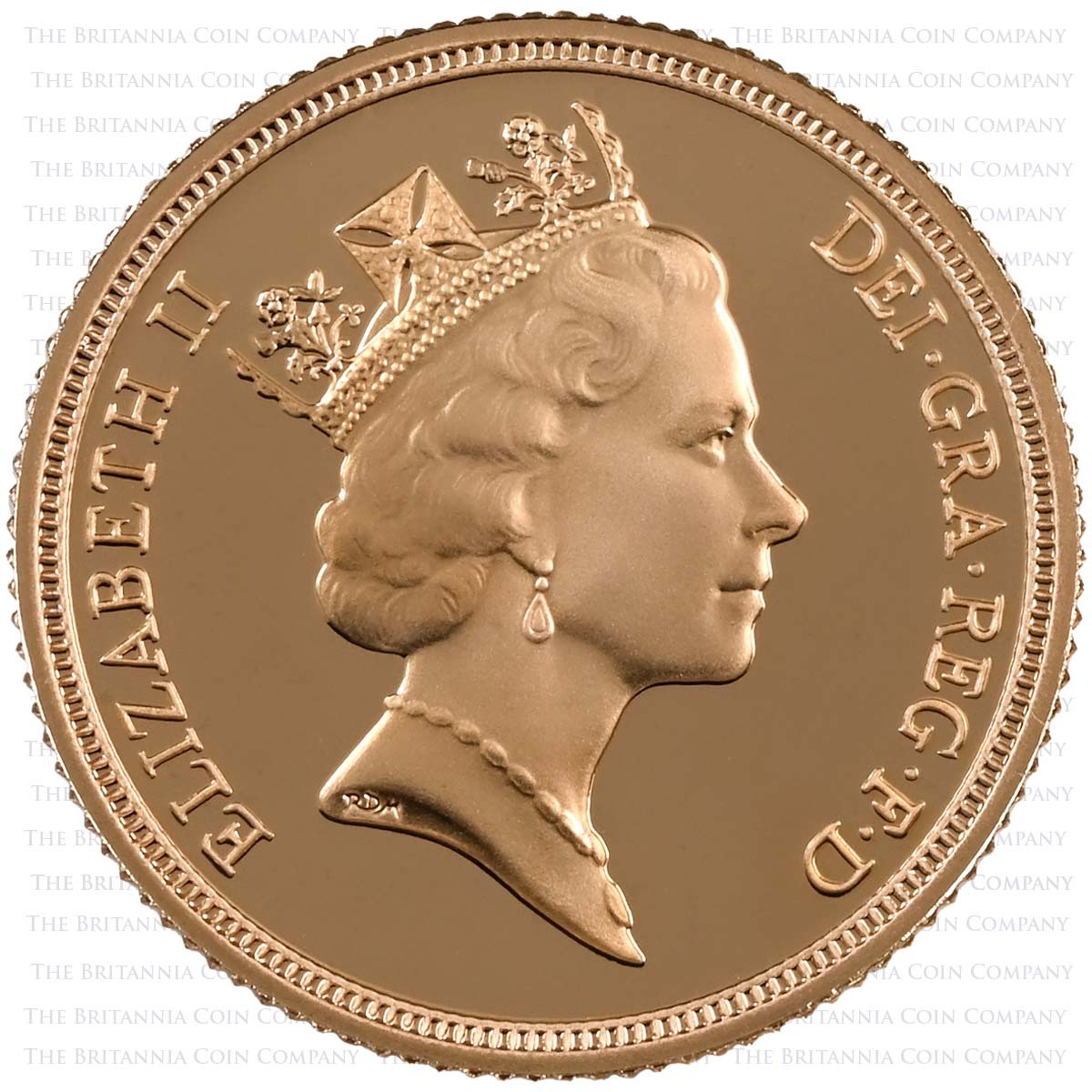 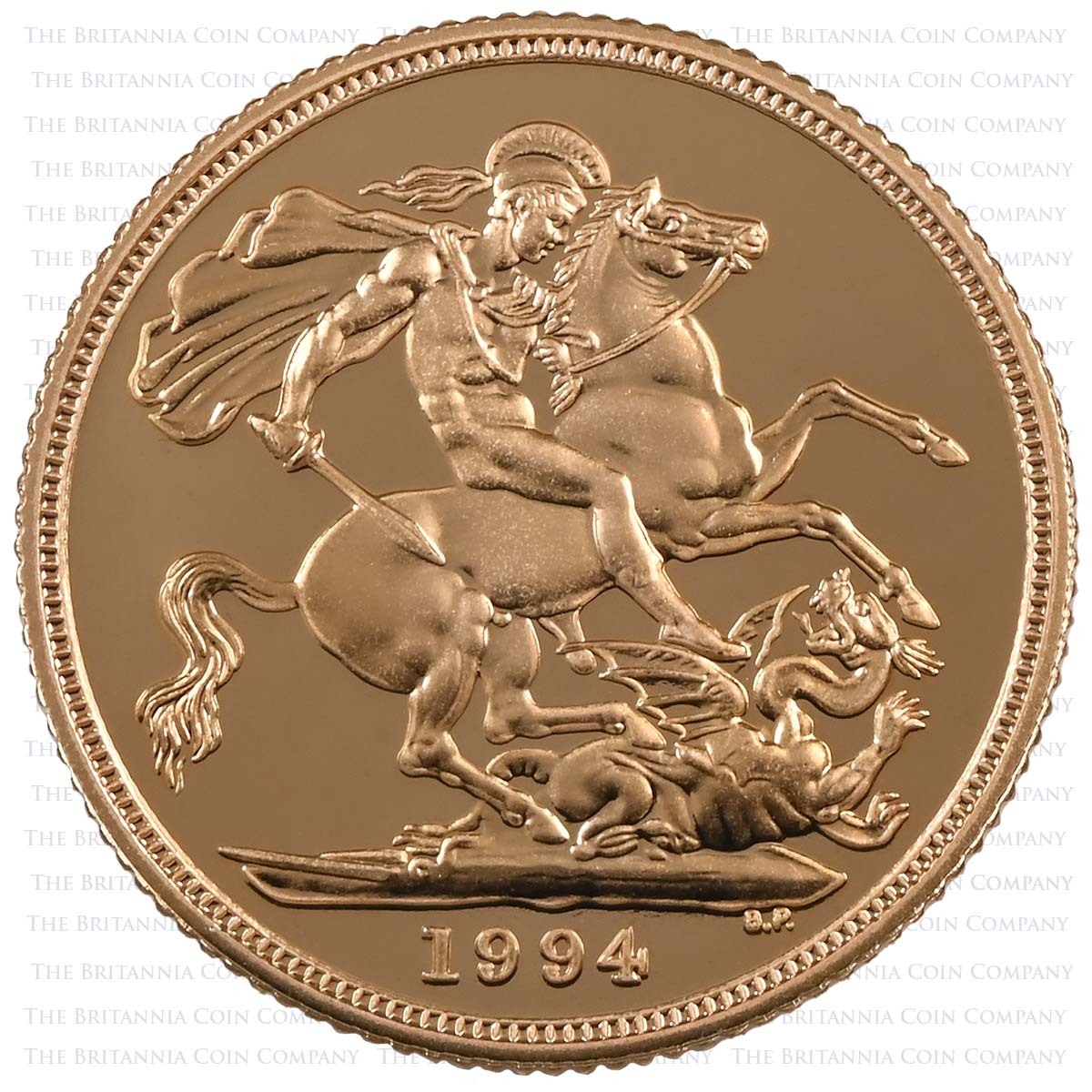 from
£750.00
(VAT Exempt)
Struck in 1994 at The Royal Mint, this gold Sovereign comes in its original capsule and presentation case with a numbered certificate of authenticity enclosed. It’s one of just 7,165 of these coins issued individually in this year, according to Spink & Sons. Proof Sovereigns have a finer finish than their bullion counterparts, achieved with multiple strikes of hand-prepared dies. Their appearance makes them sought-after, as do their limited numbers. This 1994 example features Raphael Maklouf’s portrait of Her Majesty Queen Elizabeth II. This effigy - the third definitive coinage portrait of the Queen - was in use on UK money between 1985 and 1997. Maklouf’s portrait is paired with an instantly recognisable reverse, designed by an Italian artist named Benedetto Pistrucci. He crafted this famed image of England’s patron saint, George, in the act of slaying a dragon, for the first modern Sovereigns, issued in 1817. The coin, taking its name from a prestigious Tudor denomination, was introduced following a major overhaul of the countries money. Pistrucci’s initials appear next to the date, below the ground on which St George’s horse rears. Like all ‘full’s Sovereigns, this 1994 edition is composed of 7.98 grams of 22 carat gold. It has a milled edge and a diameter of 22.05 millimetres, conforming to specifications in use for two centuries.
Log in to get notified when this product is back in stock.
Track Product
You are not logged in. Please Login to track this product.
Description Summary Specification Royal Mint About us

Between 1985 and 1997, British money, including gold Sovereigns featured a portrait of Her Majesty Queen Elizabeth II by renown sculptor Raphael Maklouf to the obverse. His effigy shows the Queen wearing the George IV State Diadem. Maklouf's initials can be seen on the truncation of her neck.

Only 7,165 proof Sovereigns were issued by The Royal Mint in this individual presentation in 1994.

You might also want to consider our mixed-year, best value Sovereigns if you are collecting or investing.

All Sovereigns, including those struck in 1994, are exempt from Capital Gains Tax as UK legal tender and free from VAT in the UK and EU as investment grade gold.