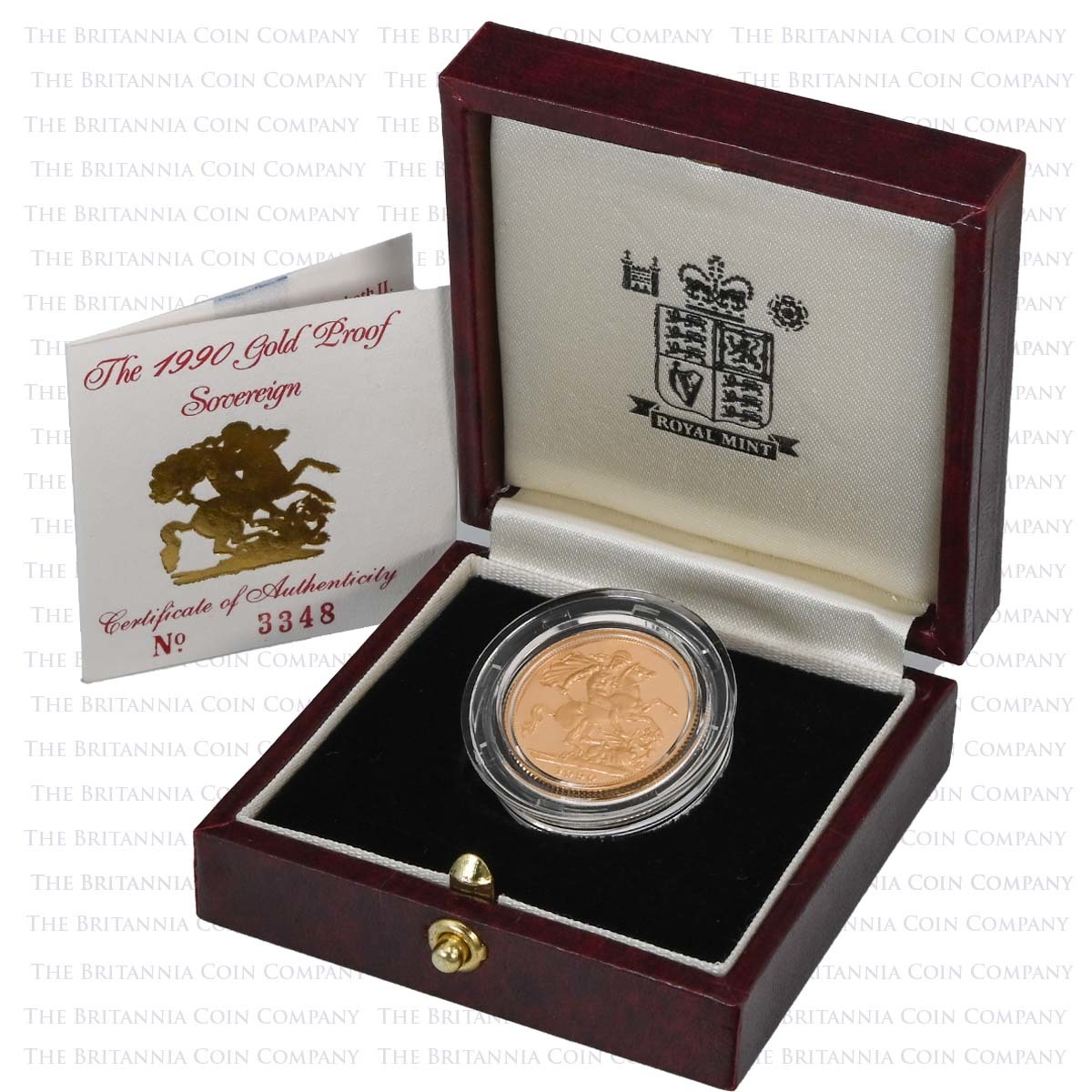 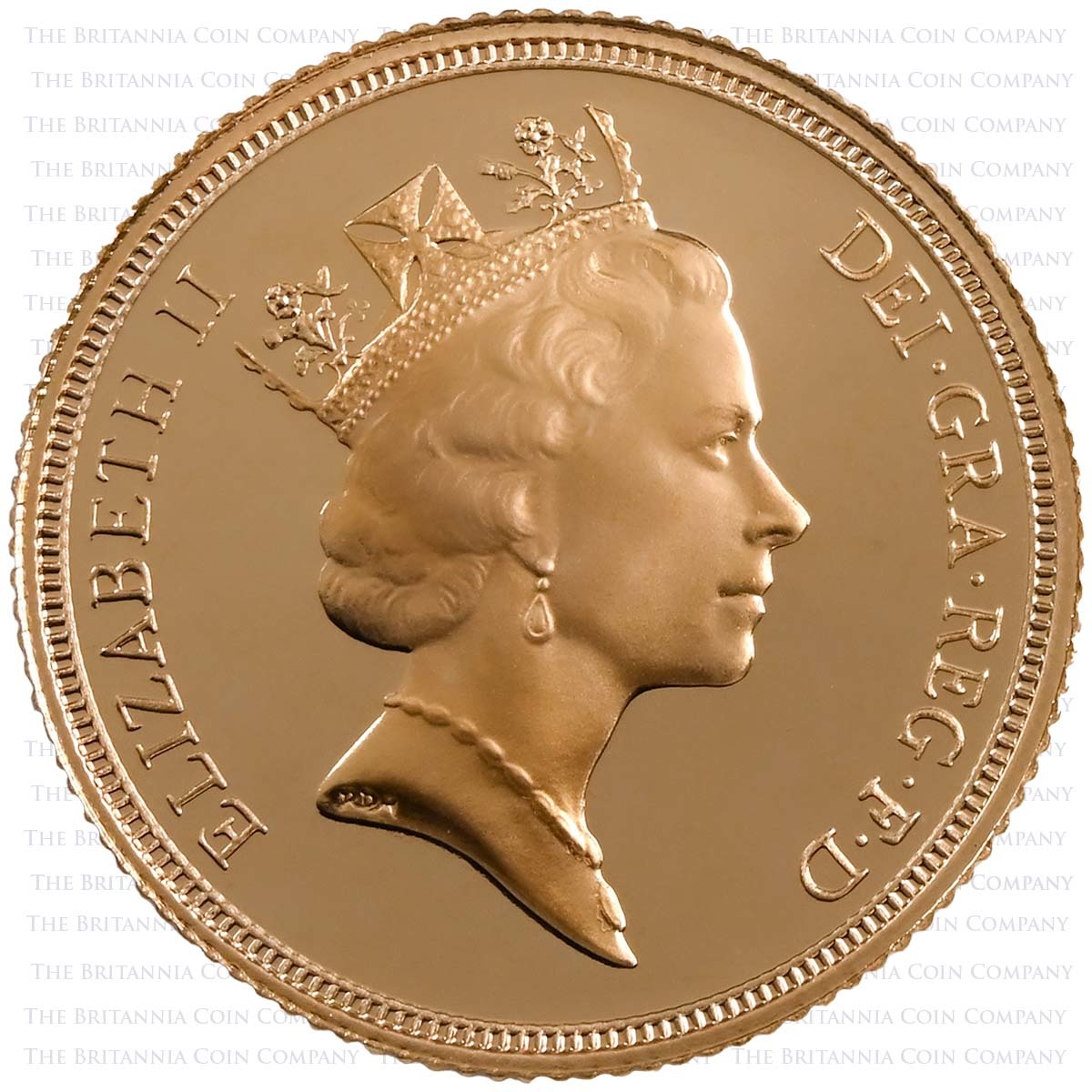 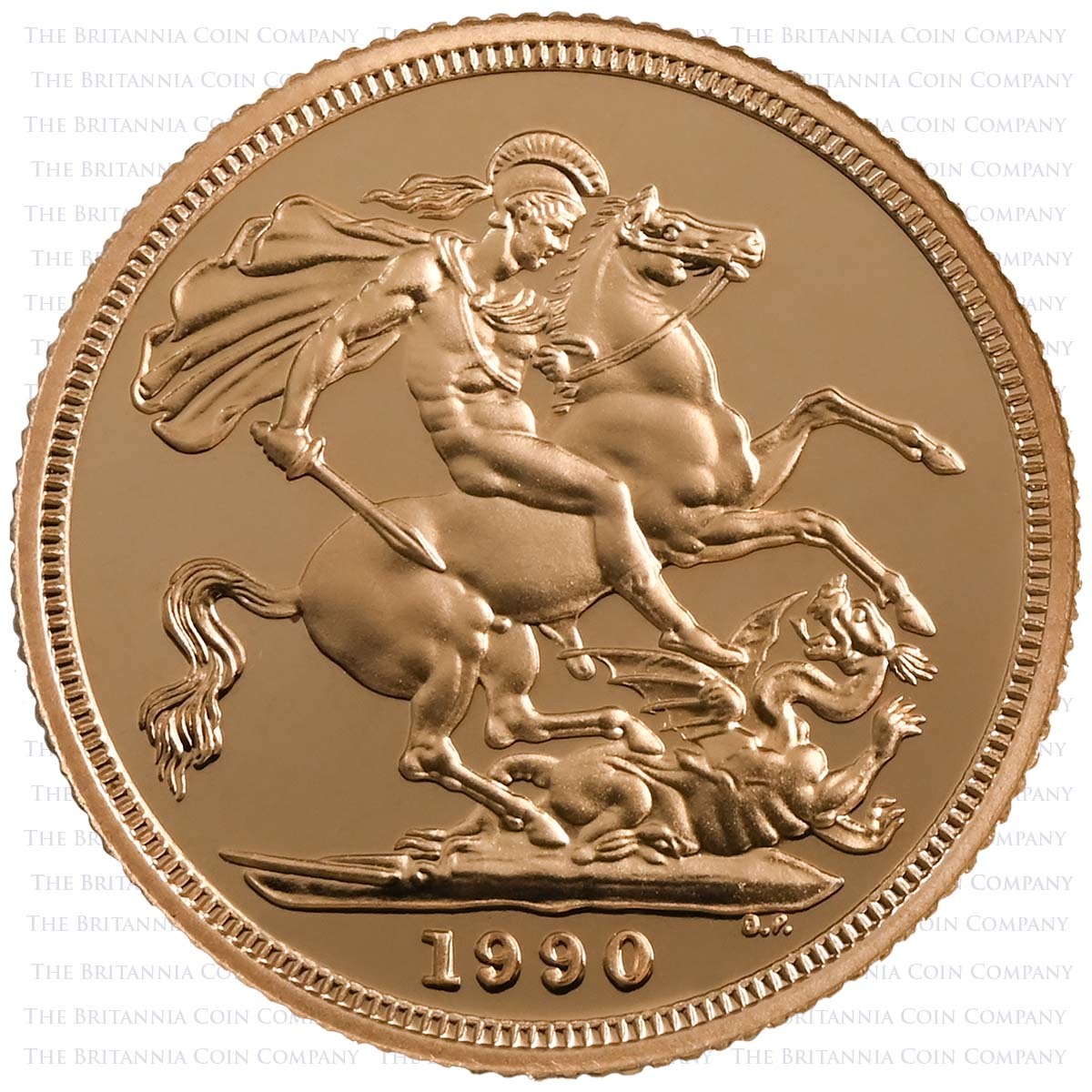 from
£750.00
(VAT Exempt)
22 carat gold proof Sovereign from 1990? Was that an important year for you? Or are you looking to complete a proof Sovereign collection? Just 8,425 of these coins were struck by The Royal Mint in 1990 making this a low mintage year. Additionally, no bullion Sovereigns were struck in this year so if you’re working through dates you’ll want this issue. The obverse shows Raphael Maklouf’s portrait of Queen Elizabeth II, in use on British money between 1985 and 1997. It was the third definitive portrait of Her Majesty used on UK coinage. This is paired with a classic reverse, designed for the first modern Sovereigns. These were issued in the wake of the Napoleonic Wars, taking their name from an earlier Tudor coin. The engraving choose for use in 1817 was the work of Italian artist Benedetto Pistrucci and features the figure of England’s patron saint, mounted on a rearing horse and in the act of slaying a dragon. This image of Saint George has appeared on most decimal Sovereigns and is instantly recognisable to collectors. This coin maintains the specifications established in the reign of George III: it is composed of 7.98 grams of 22 carat gold, has a diameter of 22.05 millimetres and a milled edge. It’s proof finish means you can appreciate the designs as they were meant to be enjoyed. Offered in original presentation box with numbered certificate of authenticity.
Log in to get notified when this product is back in stock.
Track Product
You are not logged in. Please Login to track this product.
Description Summary Specification Royal Mint About us

Between 1985 and 1997 British money, including Sovereigns, featured a portrait of Her Majesty Queen Elizabeth II by renown sculptor Raphael Maklouf to the obverse. His effigy shows the Queen wearing the George IV State Diadem. Maklouf's initials can be seen on the truncation of her neck.

Only 8,425 proof Sovereigns were issued in this individual presentation in 1990.

You might also want to consider a couple of alternatives including proof 1990 Half Sovereigns and our best value, mixed year Sovereigns.

All Sovereigns, including those struck in 1990, are exempt from Capital Gains Tax as UK legal tender and free from VAT in the UK and EU as investment grade gold.