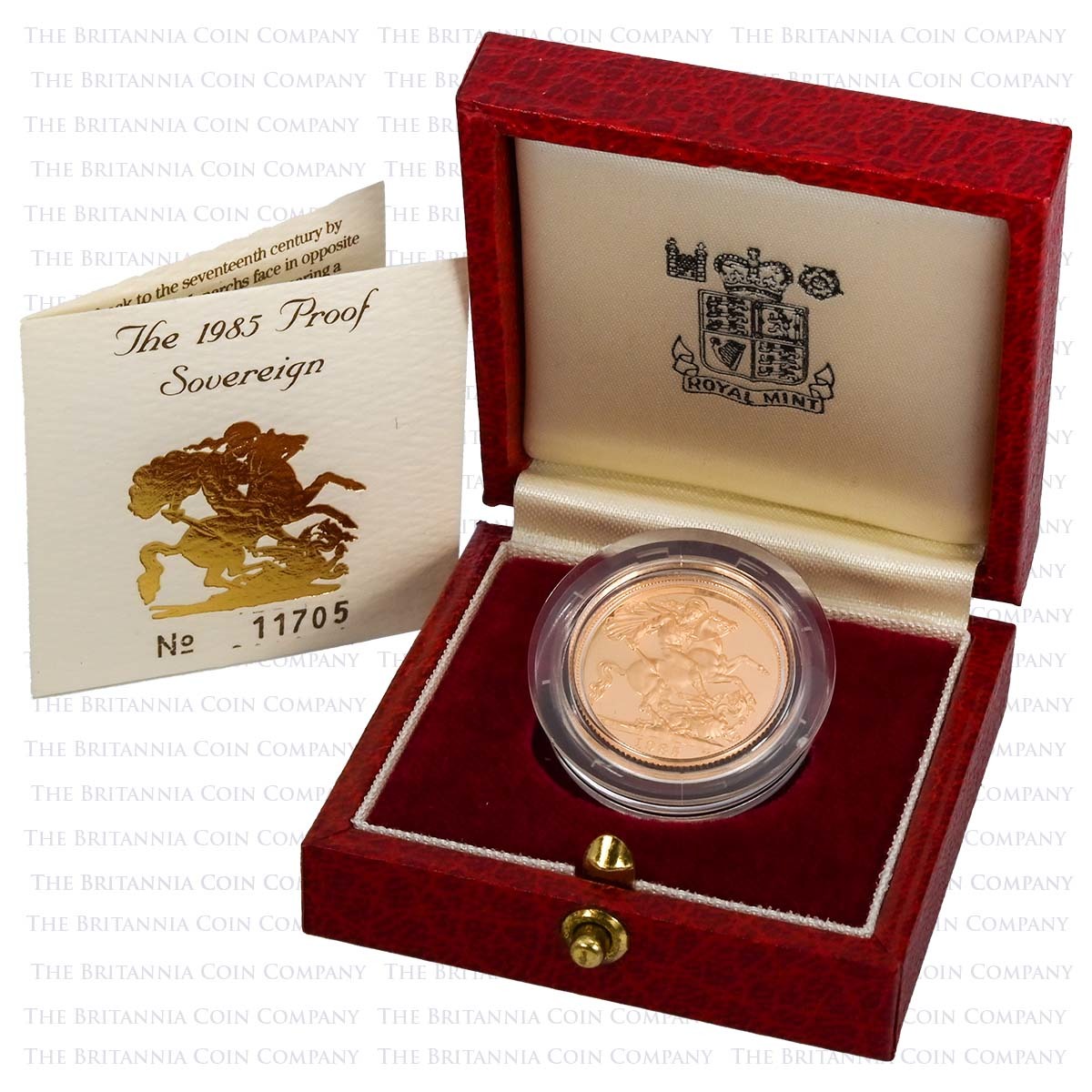 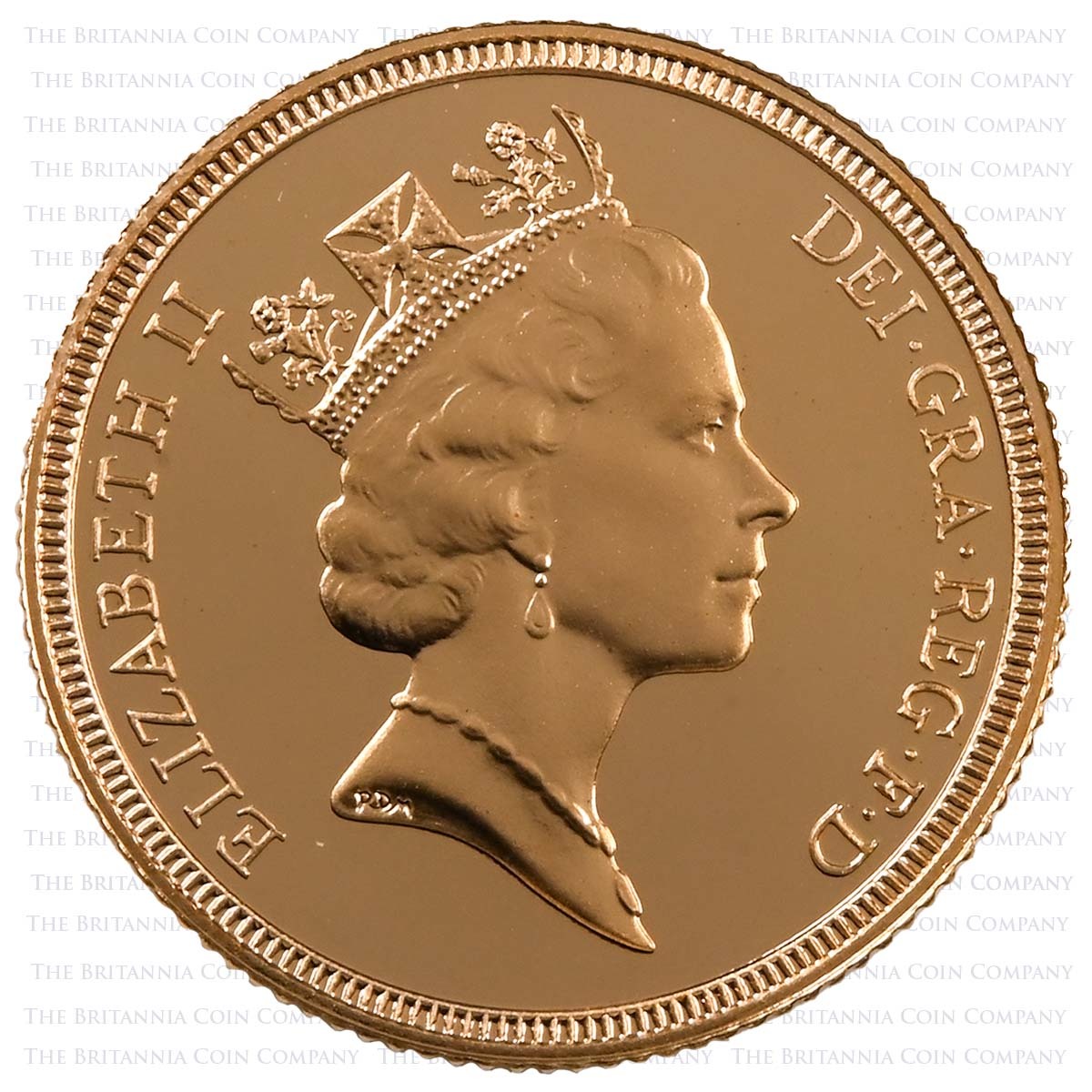 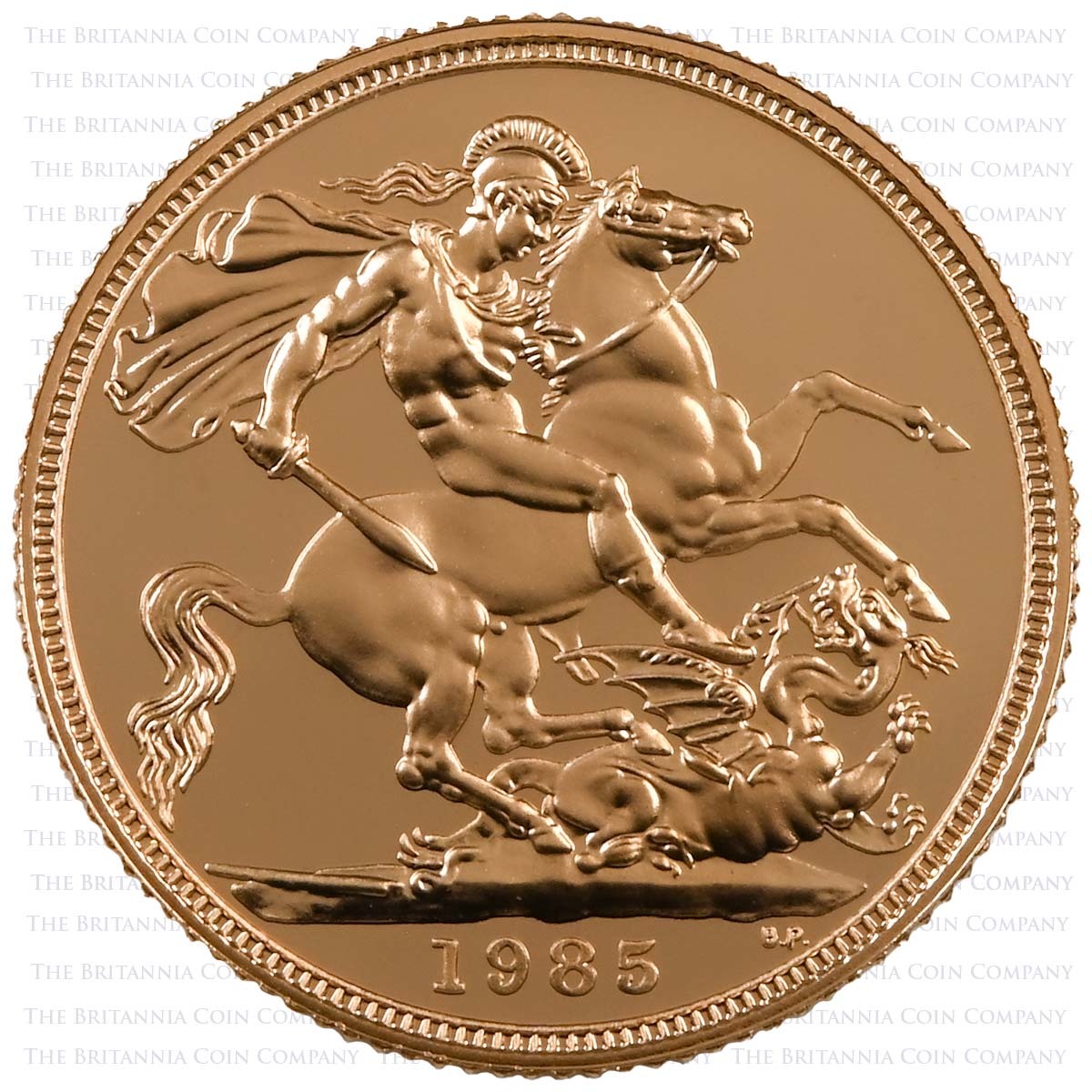 from
£750.00
(VAT Exempt)
Limited edition 1985 proof ‘full’ Sovereign from a limited Royal Mint of just 17,242. 1985 was the year that the third definitive coinage portrait of Her Majesty the Queen was introduced to British coinage. The work of the sculptor, Raphael Maklouf it shows Elizabeth II, facing left wearing a tiara, earrings and a necklace. It’s a more mature depiction than Arnold Machin’s preceding portrait but still youthful in comparison to the effigy by Ian Rank-Broadley that would replace it in 1997. Maklouf’s Elizabeth is paired with a classic reverse design, long associated with the Sovereign. It was designed for the first modern Sovereigns, issued in 1817 in the aftermath of the Napoleonic Wars. The engraving shows Saint George - England’s patron saint - mounted on a rearing horse which crushes a cowering dragon beneath its hooves. It’s the work of an Italian artist named Benedetto Pistrucci and has been used on these coins for two centuries now. This 1985 Sovereign maintains the standards established back in the days of George III: it is composed of 7.98 grams of 22 carat gold with a diameter of 22.05 millimetres and a milled edge. What makes this edition different is the proof finish, achieved with multiple strikes of hand-prepared dies. Proof coins have an attractive high-contrast appearance and are minted in smaller numbers than their bullion counterparts. This one is offered in its original presentation packaging with a numbered certificate of authenticity.
Log in to get notified when this product is back in stock.
Track Product
You are not logged in. Please Login to track this product.
Description Summary Specification Royal Mint About us

From 1979, The Royal Mint offered both proof and bullion Sovereigns alongside each other. Between 1983 and 1997 only proof coins were issued, making them particularly desirable to collectors. Intended for collectors, proof coins have a high-definition, high-contrast finish, achieved with multiple strikes of hand-prepared dies.

The finish is preserved by the original presentation box that the coin comes in. Also included: a numbered certificate of authenticity.

If you're interested in buying Sovereigns you might want to consider our best value, mixed-year 'full' Sovereigns which make a great investment.