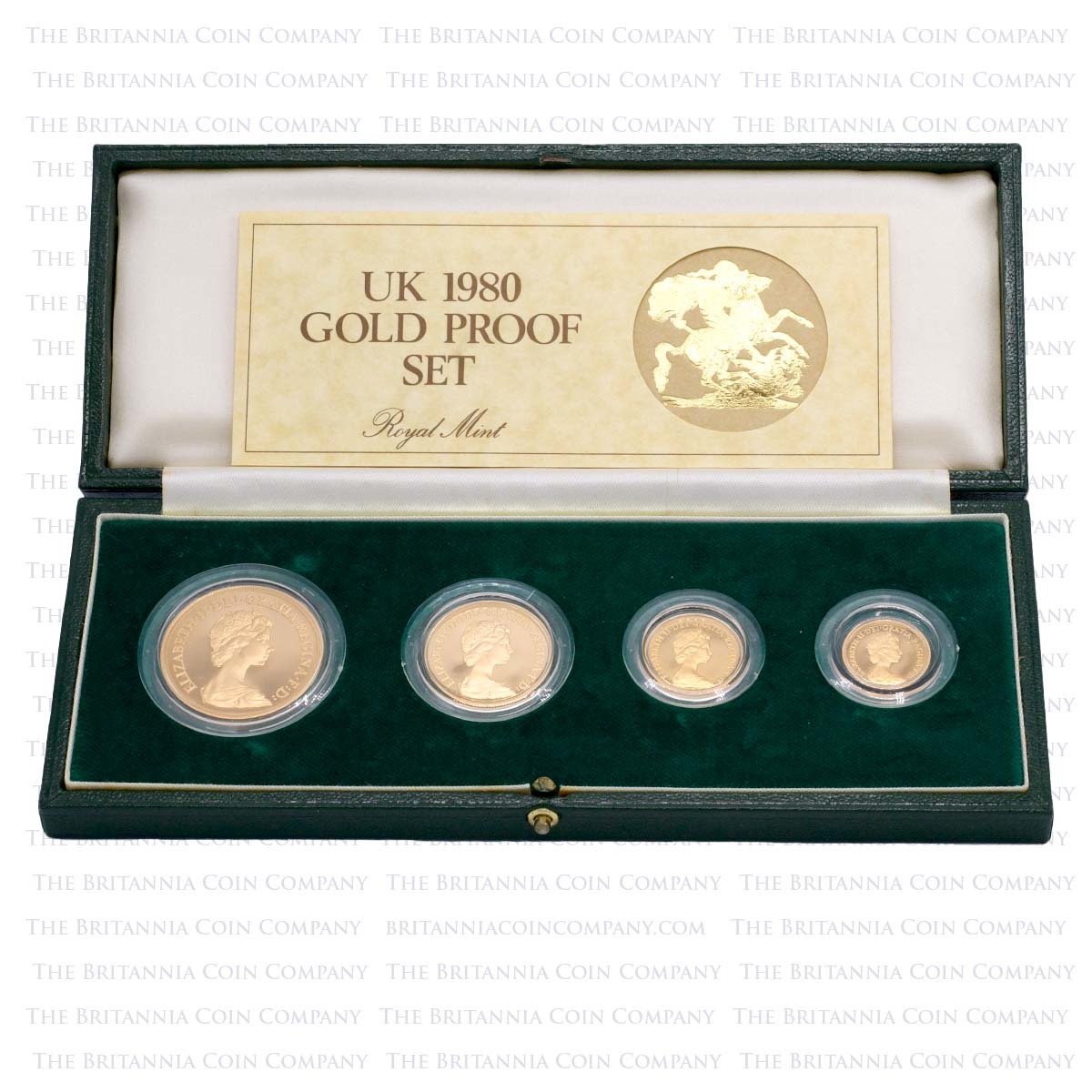 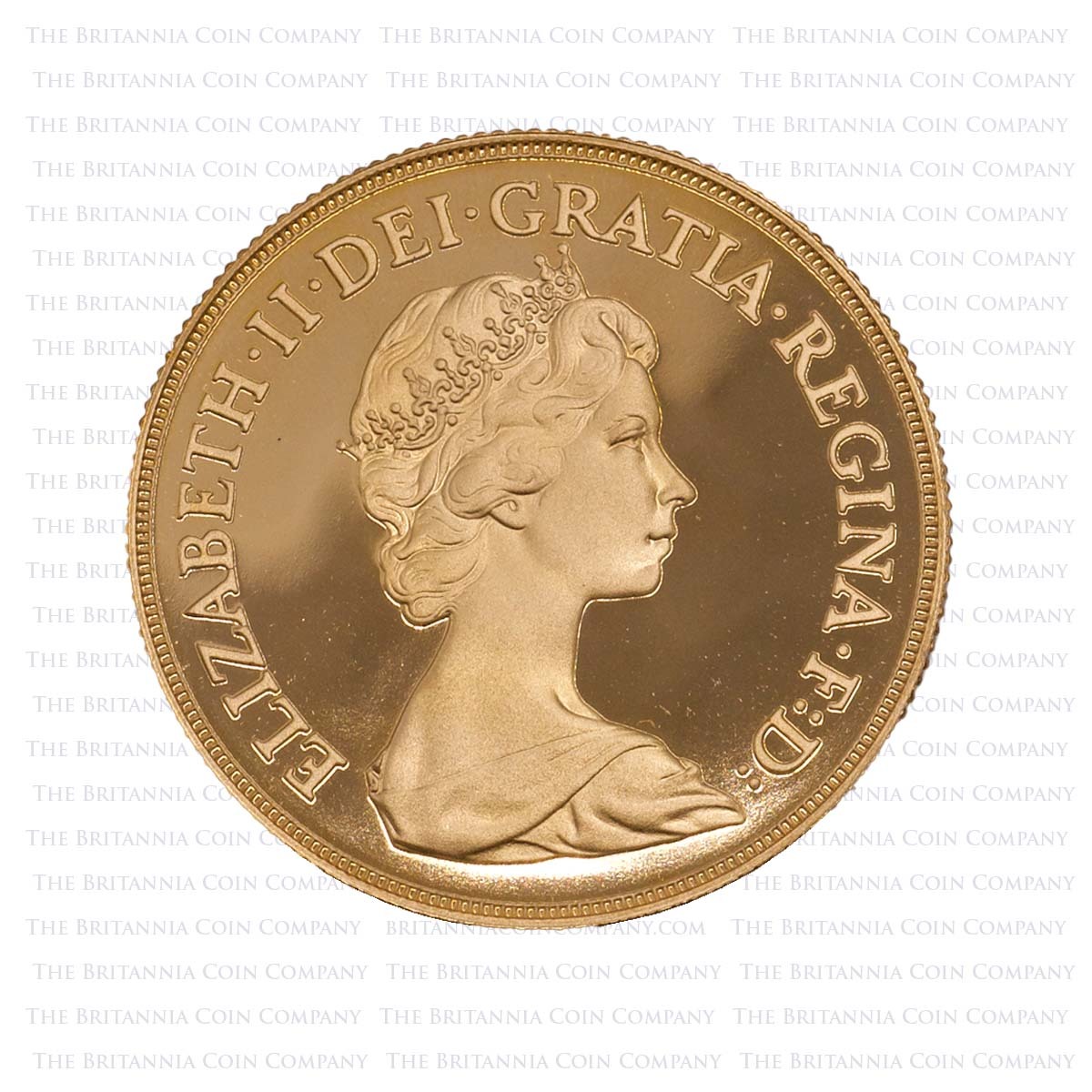 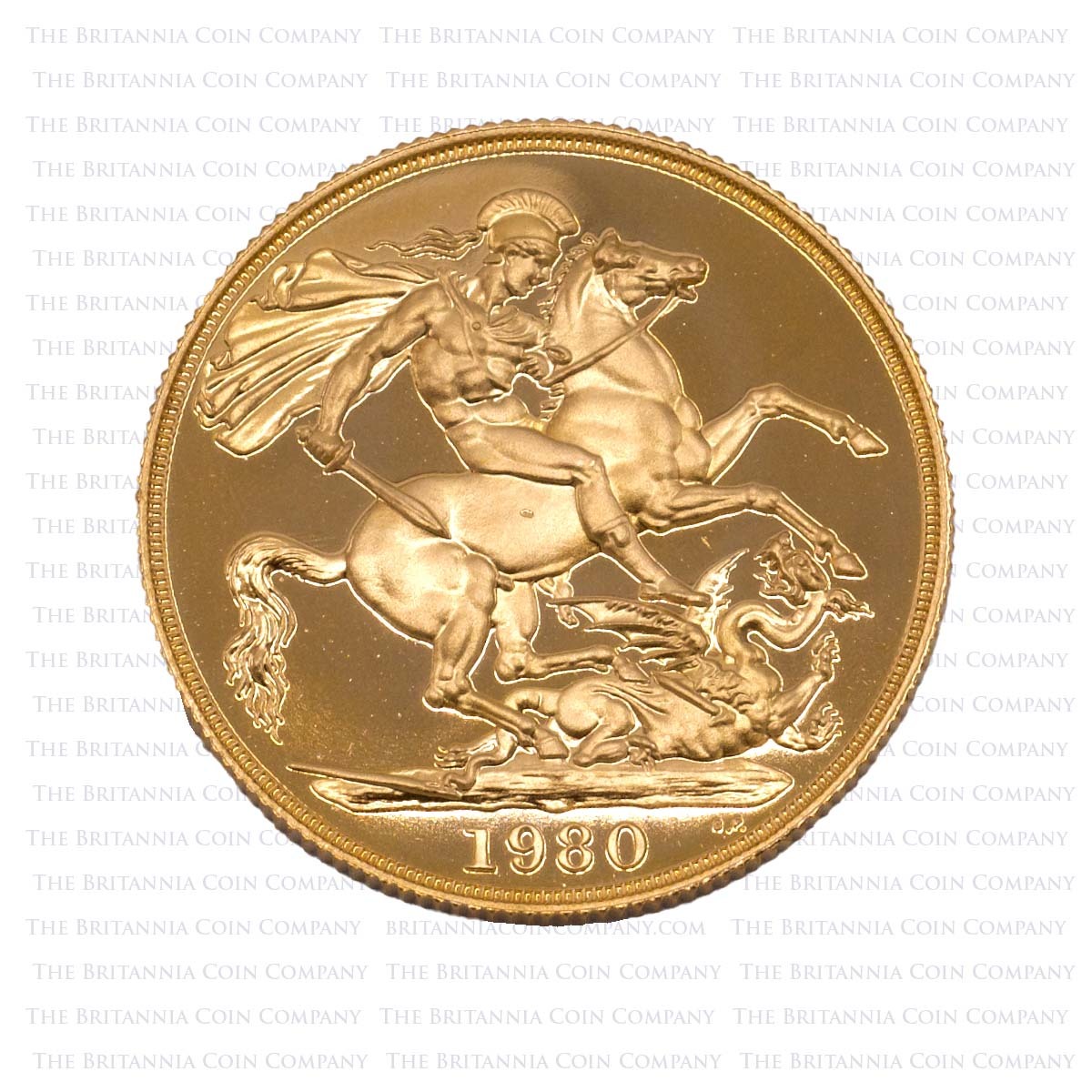 from
£3,500.00
(VAT Exempt)
The Royal Mint only began striking proof Sovereigns for collectors in 1979. This set represents not only a group of early modern proof Sovereigns but also the first gold proof set offered post-decimalisation. This set, presented in its original green case with a certificate of authenticity features a Five Pound coin, a Double Sovereign, a Full Sovereign and a Half Sovereign, all in 22 carat gold. Each coin features Arnold Machin’s second definitive portrait of Elizabeth II, paired with Benedetto Pistrucci’s Saint George and the Dragon reverse. Complete with certificate of authenticity and available now with free insured delivery.
Log in to get notified when this product is back in stock.
Track Product
You are not logged in. Please Login to track this product.
Description Summary Specification Royal Mint About us

The Royal Mint's first modern gold proof Sovereign set, one of just 10,000 issued and one of only two four coin proof sets to feature Arnold Machin’s portrait of Elizabeth II.

In the past, gold Sovereign sets were issued by The Royal Mint to mark coronations. A very small number of proof coins were struck for Her Majesty's 1953 coronation but not issued. Proof Sovereigns would not be regularly struck until 1979 and a proof set would not be offered until 1980. As the first gold Sovereign proof set, the 1980 Four Coin Proof Set is much sought after.

All four coins in the 1980 Proof set feature Arnold Machin’s bust of Elizabeth II, known as the 'decimal' portrait. A British sculptor and designer, Machin is responsible for a number of coinage designs as well as the royal portrait that has appeared on British stamps since 1967.

Machin's tiara-wearing effigy of Her Majesty featured on decimal coins from 1968 to 1984 as her second definitive portrait. This portrait only appeared on proof Sovereigns for five years and was only used for two four coin proof sets: those issued in 1980 and 1982.

The four gold coins in the 1980 Proof Set all feature Benedetto Pistrucci's Saint George and the Dragon reverse. The Sovereigns included in the set are:

Inevitably, some of these will have been broken up so its nice to see a complete set in great condition. The status of this product as the first of the modern proof sets has made them particularly desirable.

This 1980 Proof Sovereign set comes in its original packaging from The Royal Mint. This consists of an attractive green leather case with it original certificate. All four gold coins remain in their capsules as issued.